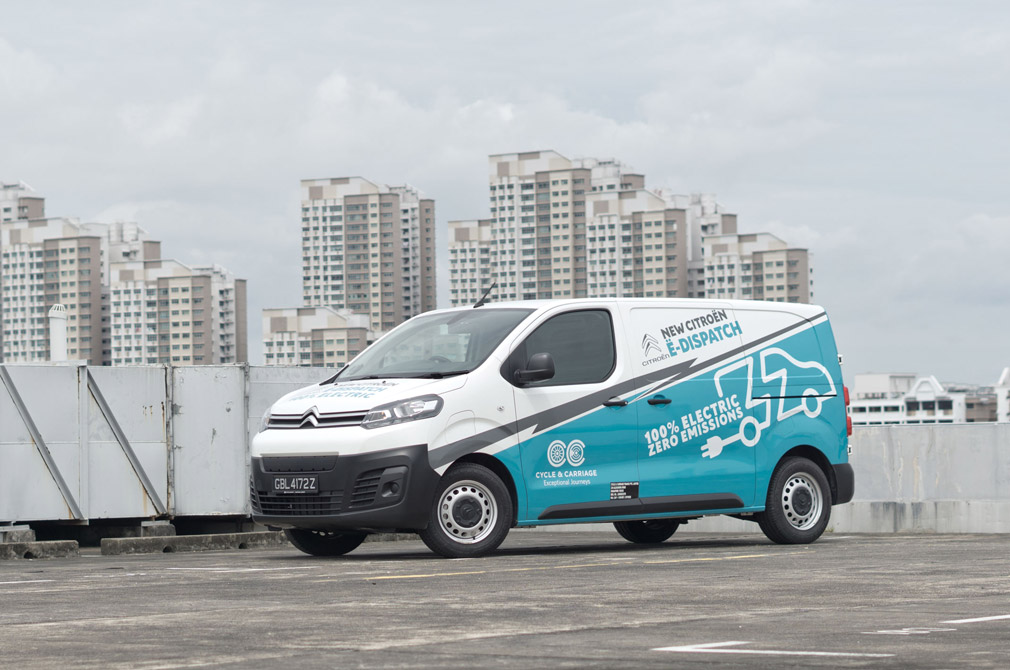 Most married men would say that their wives are generally supportive of any hobby – as long as it is healthy and relatively inexpensive.

That sounds reasonable enough. But us guys have a tendency to be unreasonable, especially where our hobbies are concerned.

(If you’re shaking your head as you read this, please remember that your husband loves you very much.) 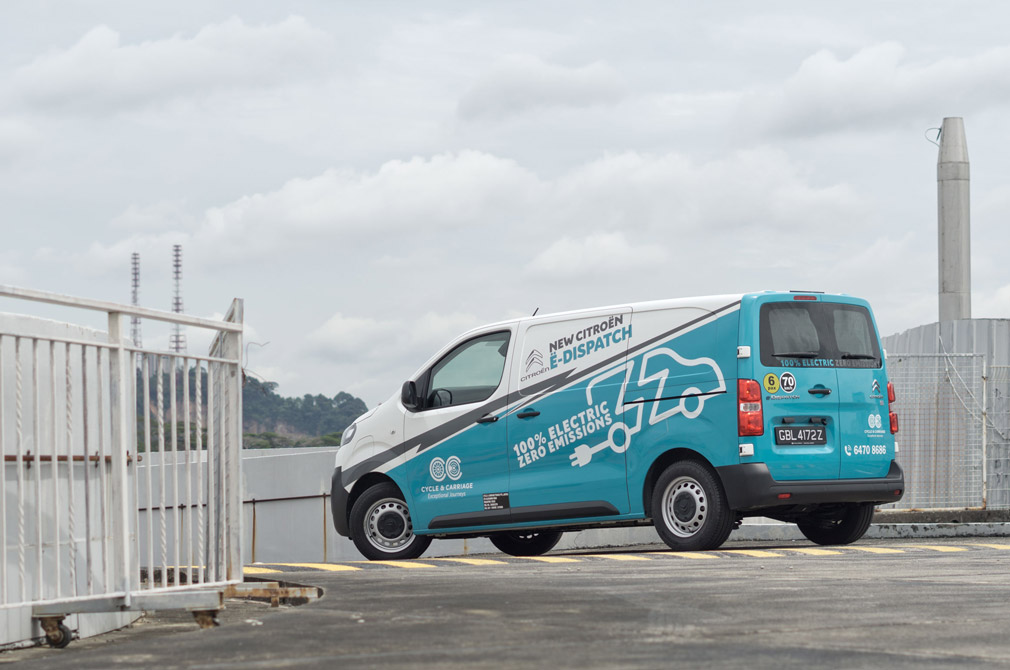 I only have a modest collection of model cars, but my bookshelves also function as a garage, whose residents are “doubled parked” among my better half’s books and DVDs. I am fortunate to yet be issued any parking summons. After all, she would not want me saying that I’m married to a “saman auntie”.

More problematic, on the other hand, are the numerous car grooming products I have accumulated (and continue to buy). There are at least three car shampoos, four waxes, two polishes, three glass cleaners, an interior detailer, plus an accoutrement of plush drying towels and microfibre cloths.

At least they still fit in my house. I know someone who says her hubby keeps his grooming stuff in the dry riser outside their flat.

Two years ago, I took up cycling. The missus strongly supports this because it has greatly improved my health and fitness. However, the accompanying accessories have become a problem.

Helmets, gloves, electronic air pump, chain cleaner, chain cleaning tool, lubricants… the list is endless. Like most cyclists, I also think about upgrading my bike with carbon wheels. And getting another bike.

The point is, we all have hobbies that require more space than our HDB flat has to support them. A good solution then, is a van like the Citroen e-Dispatch. 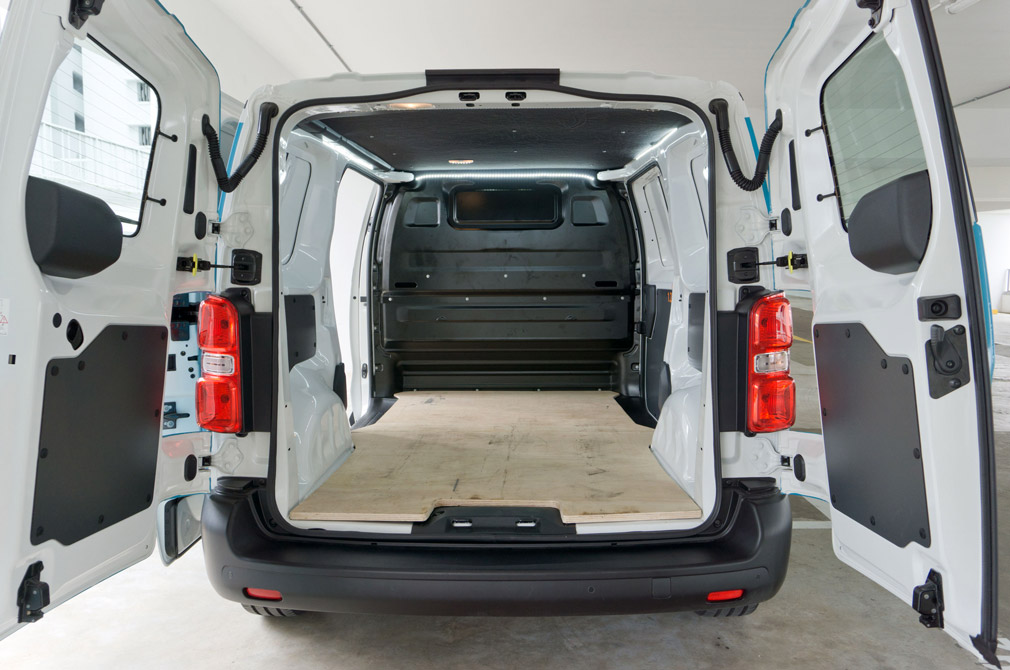 Why would anyone want a big commercial van, and an electric one at that, to mitigate the space issue?

This is where your imagination must come into play. Think of this huge van as a blank canvas for storing what cannot fit at home (and what must remain hidden from the wife).

These generous proportions translate into a cavernous 5.3 cubic metres or 5300 litres of cargo volume. The van also takes a payload of up to 1000kg. You could transform the space into a compact man-cave.

But that is too easy and almost not worth the effort. Instead, think like a smuggler: How can you hide in plain sight?

There are a few suggestions. The e-Dispatch test unit you see here has a plywood floor to protect the painted body underneath. Now, how about a false floor?

A false floor with an internal height deep enough to hide those LEGO sets you said you wouldn’t buy yet, but ended up getting because they’re limited-edition. Don’t forget the foam inserts to dampen any possible rattling noises. 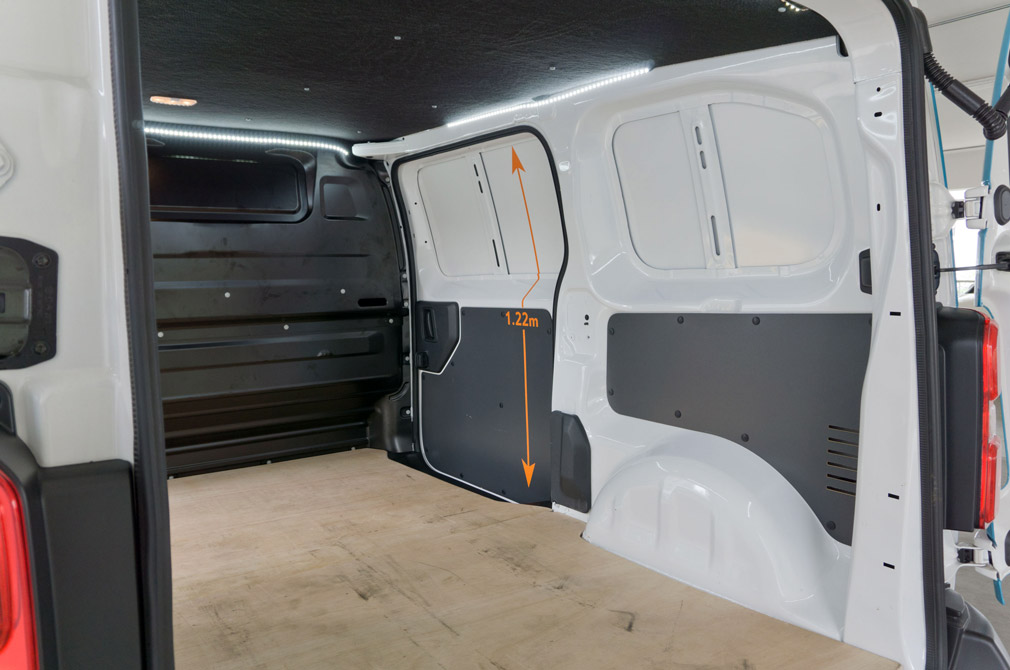 Storage spaces hidden from sight can be unlocked with the right carpentry skills.

And while you’re at it, how about false panels as well? These could possibly hide those pricey carbon fibre wheels you were only supposed to buy after receiving your annual bonus.

To keep the rear compartment looking normal, consider a love seat and a plush rug under it. If your wife asks, it’s for those romantic picnics you plan to take her on. Open the rear doors and you could while away the time enjoying the scenic view of Upper Seletar Reservoir.

If the mood is right and the sofa is comfy enough, the e-Dispatch transforms into a make-out space. The air-con probably won’t be cold enough, but the important thing is to close and lock the doors when things get steamy.

If all you need is a large commercial van, does it have to be electric?

Yes, because of several key advantages. In the e-Dispatch, you can keep the air-con on and the motor running without the risk of carbon monoxide poisoning. A passing NEA officer might interrupt your amorous activities, but at least you won’t be fined.

The other reason is refinement. While conventional diesel vans clatter loudly, the e-Dispatch is quiet on the go – even the whirring of the electric motor is kept to a minimum. Your better half will definitely appreciate this. 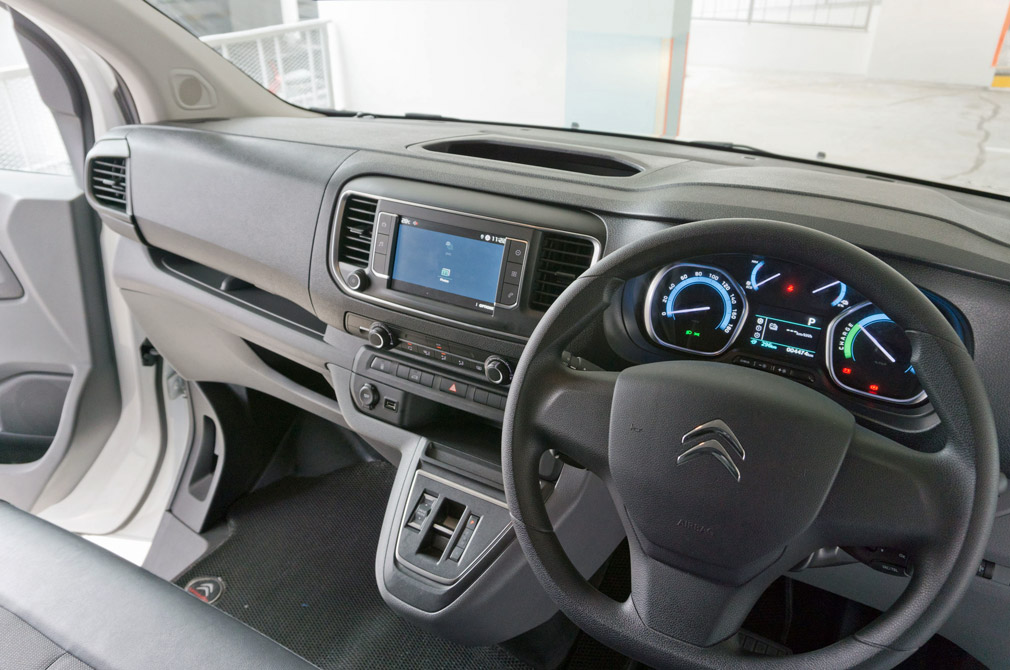 For a commercial vehicle, the e-Dispatch is surprisingly comfortable. Instead of being rough, it ironed out woolly surfaces and glossed over speed bumps. The anticipated harshness never appeared.

With 134hp and 260Nm, the e-Dispatch’s performance is relatively sedate, especially since the motor has to haul 2040kg. Selecting the POWER setting doesn’t improve responsiveness either.

That said, the e-Dispatch is limited to 70km/h anyway. Going any quicker is against traffic regulations and will negatively affect the claimed 339km range.

My biggest gripe about the handling is the relatively slow steering. In multi-storey carparks, it feels like you need three full turns to swing the van up and down the ramps. Even if you tell yourself such manoeuvres will tone your arms and impress your missus, it’s still a chore.

Less of a chore, on the other hand, are the charging times for the e-Dispatch. Using an 11kW AC charger, the lithium-ion batteries can be recharged from zero to 100 percent in under eight hours. Naturally, a 50kW DC charger will speed things up considerably. 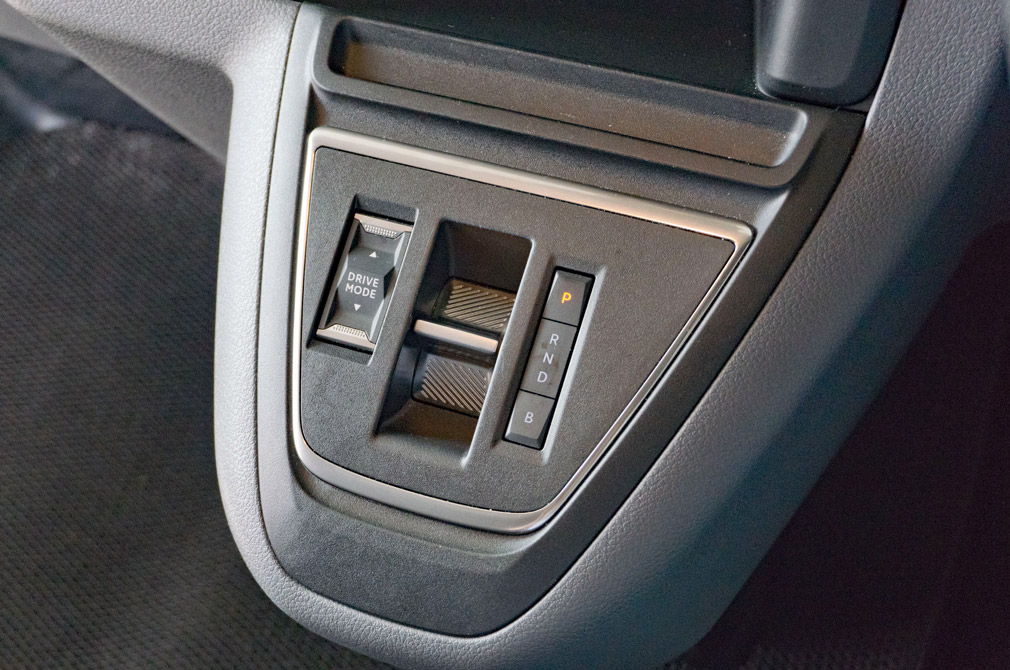 IT’S NOT ALL WORKMANLIKE

The e-Dispatch has several amenities for the driver. These include an infotainment unit with Mirror Screen for Apple CarPlay and Android Auto. There’s also a cool e-Toggle gear selector and electric parking brake.

Since the cargo hold is separated from the cockpit, a digital rear view camera can be installed to provide rearward visibility. You can opt to cut through the “wall”, put a wire mesh and install glass panels on the rear doors, but the camera is much cooler. Be sure to choose one with better resolution than the one on this test unit.

But the most useful parts of the cockpit are the door bins. Holy moly. Citroen says these can hold 1.5-litre bottles, but they look large enough for 15-litre bottles and soft drink cans. 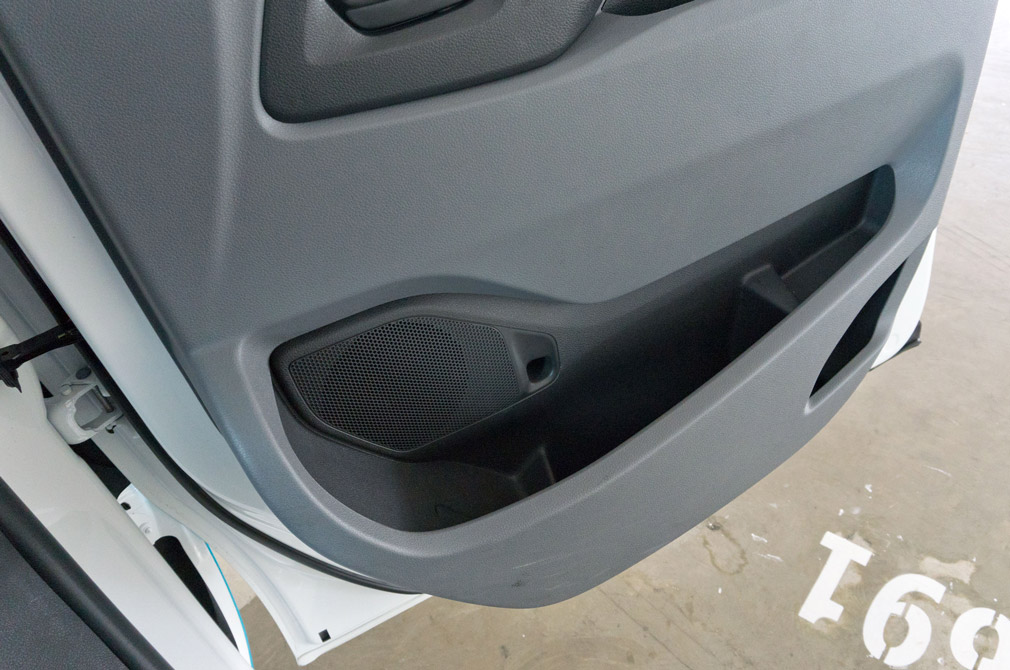 They may not look it, but these things are both large and deep.

Then there are those nooks under the front passenger seats.

These, I imagine, are useful for planting red herrings – stuff you want your better half to discover. Thus distracted, perhaps the false floor and walls in the back will stay hidden.

It may not look sporty or high-tech, but for the passionate hobbyist in need of a mobile space to indulge in his activities, the Citroen e-Dispatch can almost be a Batcave on wheels.

Now, in the event that your wife, with the skills of an ICA officer, uncovers the false panels and your secret smuggler identity, fear not. You’ll probably get an earful, but it’s unlikely that a summons will be issued.

After all, she wouldn’t want you to tell your friends that you’re married to a “saman auntie”. 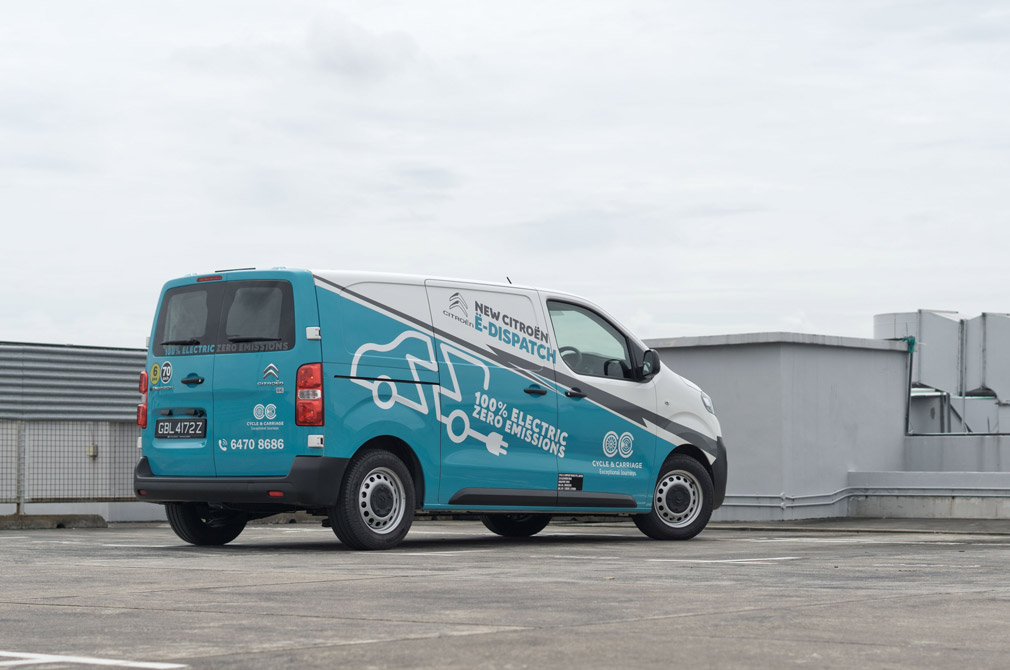