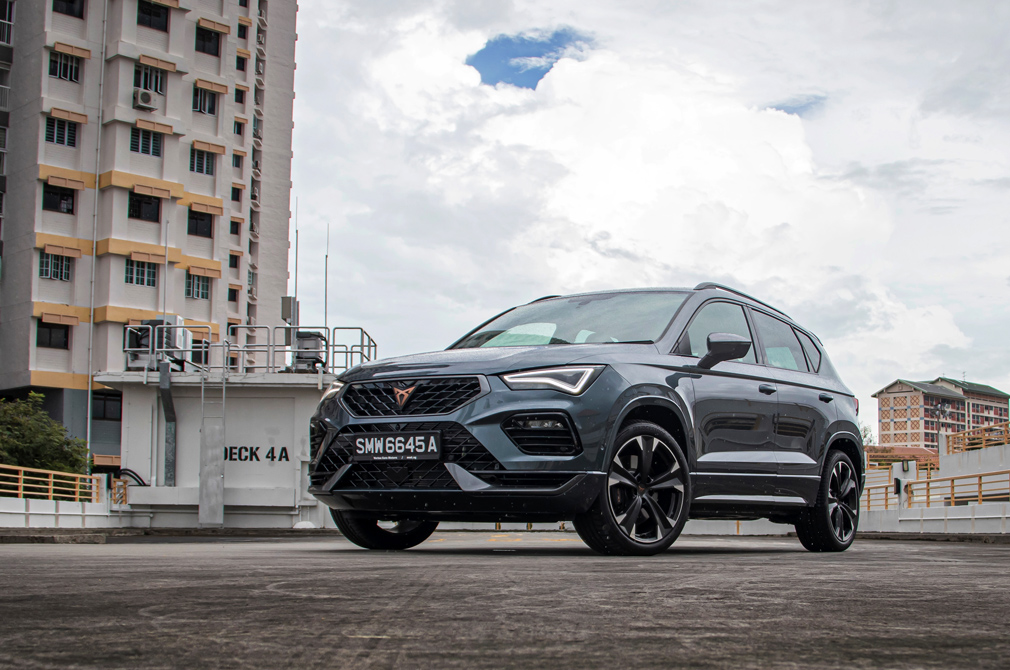 Cupra is the independent motorsport subsidiary of Spanish carmaker Seat, which is in turn part of the Volkswagen (VW) family. This makes the Cupra brand part of VW and that is partially reflected in its line-up.

For example, Cupra took the Leon hatchback, transplanted the power plant from the Golf GTI and the Leon Cupra was born, hence the hatchback is often regarded as the Spanish VW GTI.

The Cupra Ateca takes the same route. It is the performance version of Seat’s Ateca compact crossover.

But as the crossover does not have a direct VW rival in Singapore yet – there is no arrival date for the T-Roc crossover or hint if the souped-up T-Roc R is coming.

For now, the Cupra Ateca is the sole trailblazer in the performance compact crossover segment. 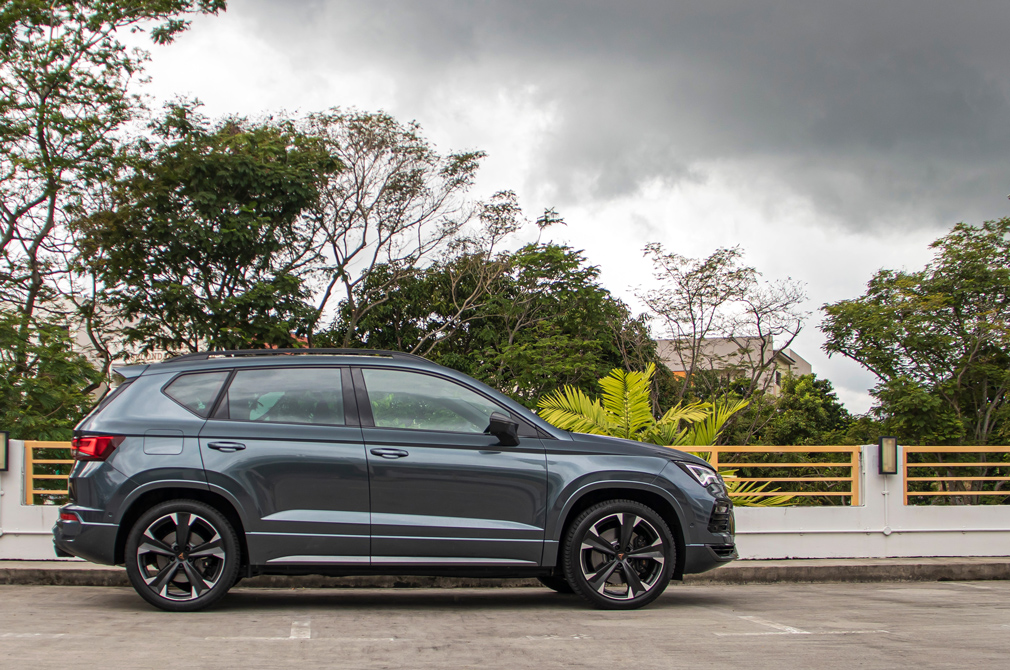 Barely minutes after I drove the car that I noticed its similarities with the Golf R. It is powered by the storied turbocharged 2-litre engine that also sees service in the Golf R.

Like the Golf R, power in the Cupra Ateca is sent to all four wheels via a seven-speed dual-clutch gearbox.

But unlike the low-riding Golf R and its boy-racer image, the Cupra Ateca has all the attributes of a family car. And it has the performance to leave hot hatches in its trail.

The Cupra Ateca does zero to 100 km/h in just 4.9 seconds. While it is slower than the Golf R (4.6 seconds), most other hot hatches will have to play catch up. The list includes the Honda Civic Type R (5.7 seconds) and Renault Megane RS (5.8 seconds).

Even among crossovers, the Cupra Ateca sprints ahead of rivals like the Porsche Macan (6.7 seconds) and Macan S (5.3 seconds). The Audi SQ2 matches the Ateca in performance, but there is no official word whether it is coming to Singapore.

This means that the Cupra Ateca is the sole contender and runaway winner in a new segment that I would coin “hot crossover”, akin to the hot hatch. (“Hot cross” is apparently taken… by a bun.) 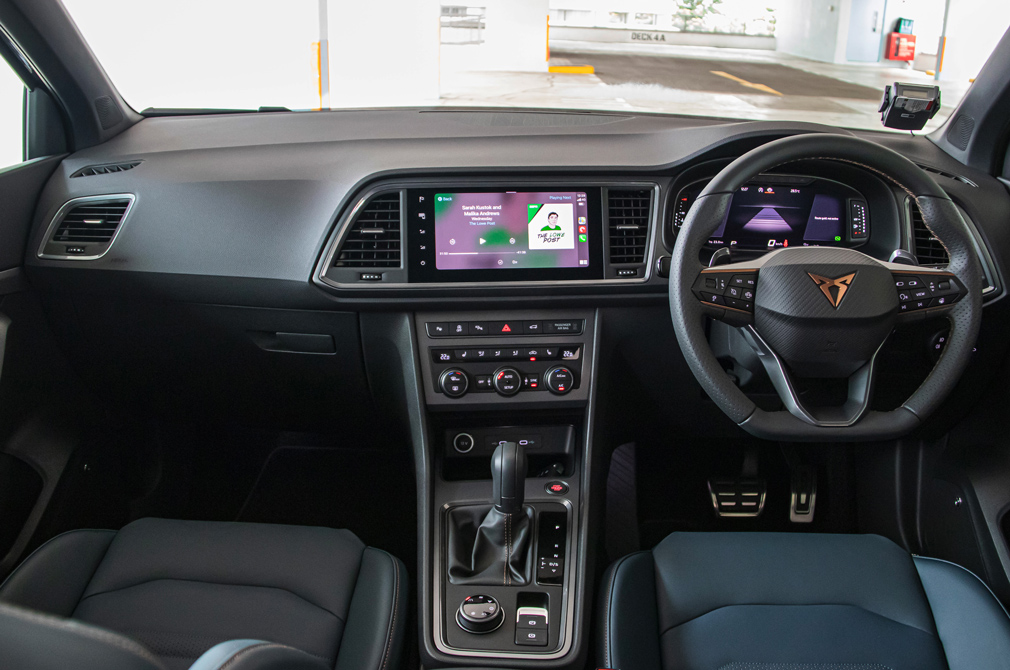 If the car’s performance does not sway buyers, the impressive equipment list might. The Cupra Ateca reviewed here gets a makeover from its predecessor that was launched in Singapore just last year.

In the cockpit, the previous car’s 8-inch infotainment touchscreen display has been replaced by a 9.2-inch unit that now supports wireless Android Auto and Apple Carplay.

While drivers will find the 10.25-inch virtual instrument display familiar as it is carried over from the previous Cupra Ateca, they will touch and feel two key differences: The steering wheel gets a new design and bucket seats are now standard.

Other standard amenities include adaptive dampers, 360-degree camera and driving aids such as adaptive cruise control. The test car even comes with the optional panoramic sunroof. 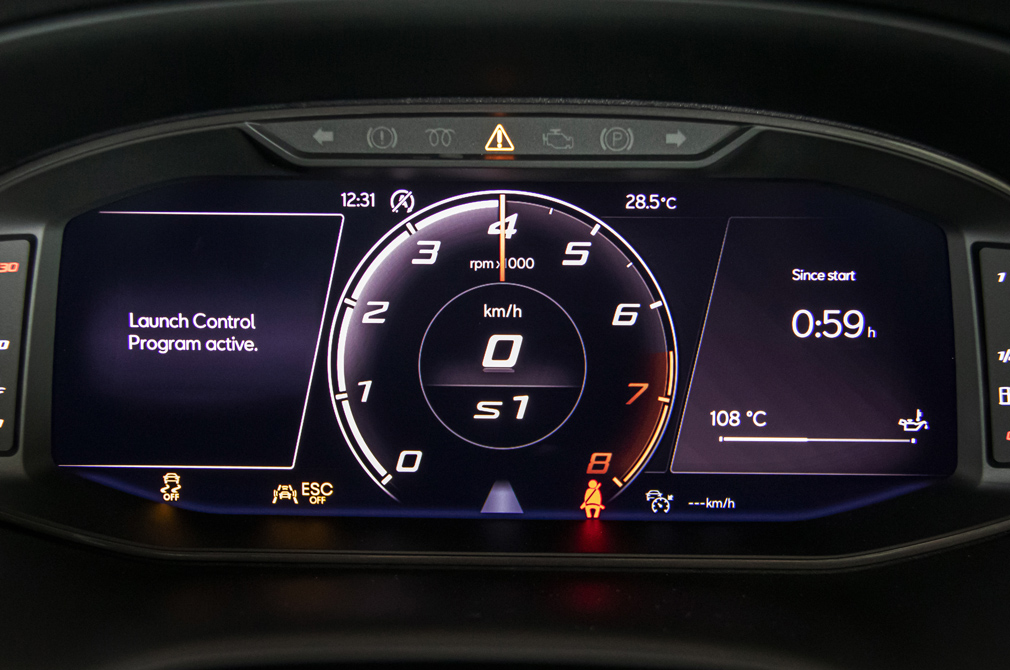 Snow mode is irrelevant in Singapore, as is the Off-Road mode – mostly. Still, it is useful to know that the car can go off the tarmac if needed.

Comfort mode is cossetting and the crossover goes about its family hauling duties without fanfare. Even in the Sport mode, the car is still usable as a daily driver and the damping does not put dental fillings at risk of being dislodged.

But in Cupra mode, which is the race setting, the stiff ride and pops and crackles from the exhaust add drama to even the most mundane daily commute.

Cupra mode is also the only setting where the car’s launch control can be used. To activate, plant your left foot on the brake and the right foot on the throttle, and the car slingshots forward when the brake is released. 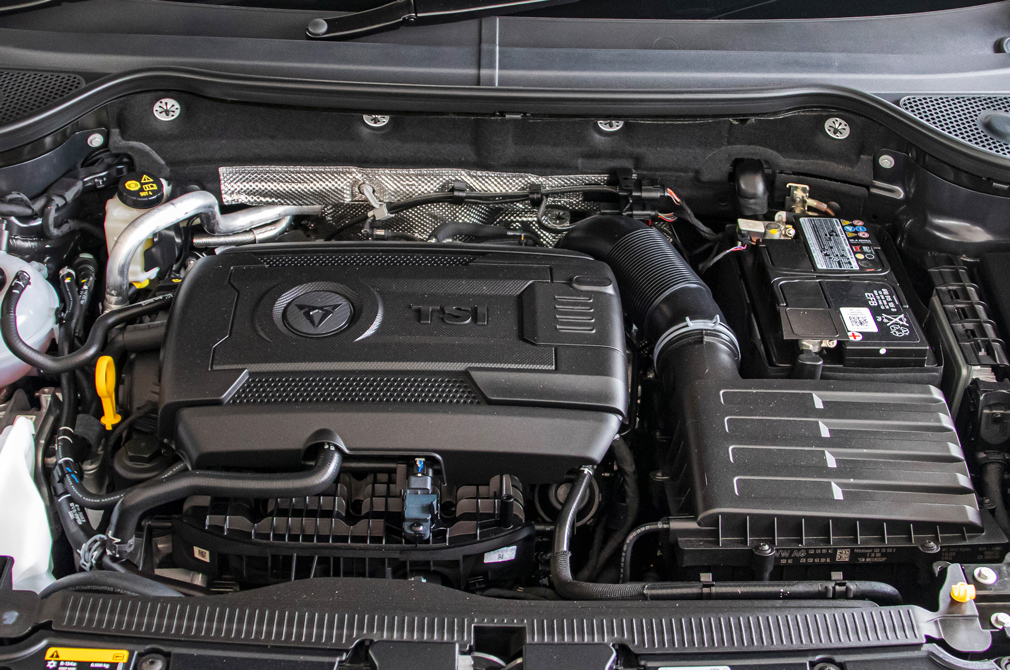 And if the numerous pre-set settings are not enough, drivers can mix-and-match their preferences in the Individual mode.

These various drive modes give the Cupra Ateca a wide range of capabilities with the corresponding personalities to boot. The crossover is rather like a Swiss Army Knife that can be called into duty whatever the occasion.

The fuel consumption over a two-day, 132km test drive was about 8.7km/litre, somewhat higher than the official figure of 12.5km/litre. This could be due to me driving the car mostly in Sport mode.

The Cupra Ateca is a much-anticipated addition to the Singapore car sales market. It carves out a segment for itself and is unlikely to be toppled soon.

It also signals the possibility that the Cupra performance brand might outshine its parent Seat. Cupra’s halo car, the Formentor coupe-SUV, is not based on any existing Seat cars – and it is looming not far on the horizon. 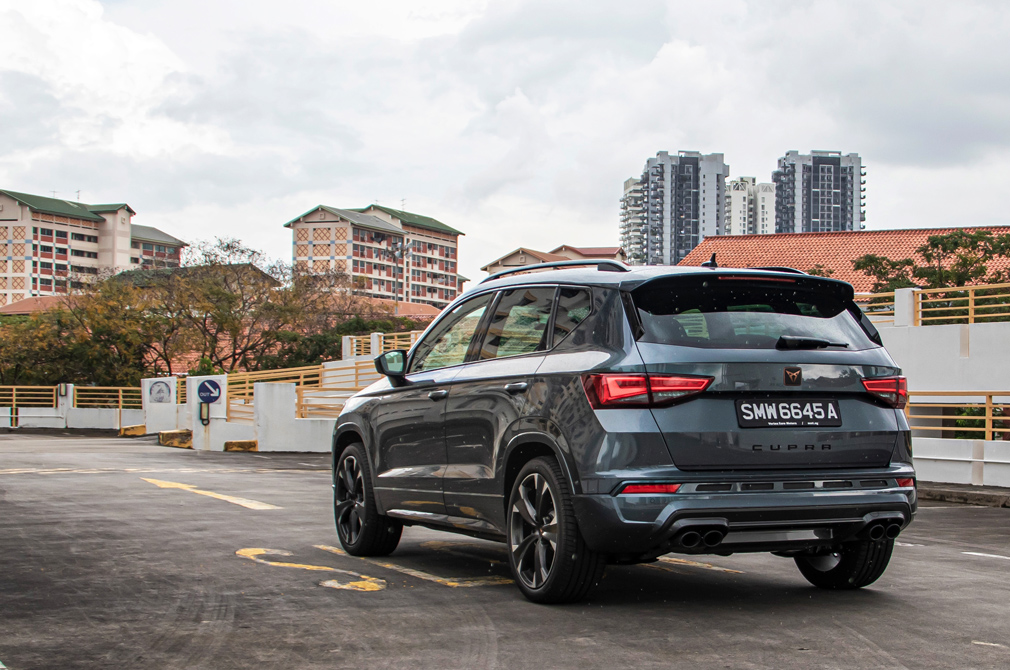