DS 7 Crossback is an SUV that oozes Gallic flair and refinement
Loading posts...
0 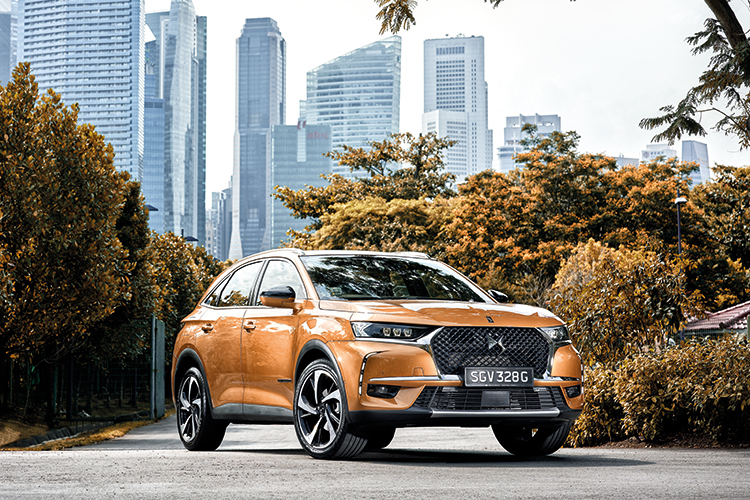 A keen eye for design is something that I wish I had more of.

I’m pretty sure that my wardrobe is full of clothes that are more functional than fashionable.

At work, I leave most of the “design stuff” to our art director (AD).

Like his fellow ADs, he enjoys looking at (and eventually buying) items that are either just nice to admire, have solid industrial designs or both.

I can, however, readily appreciate good workmanship and refinement.

A properly tailored suit, for instance, feels good, flatters the wearer and makes him stand out in the office. 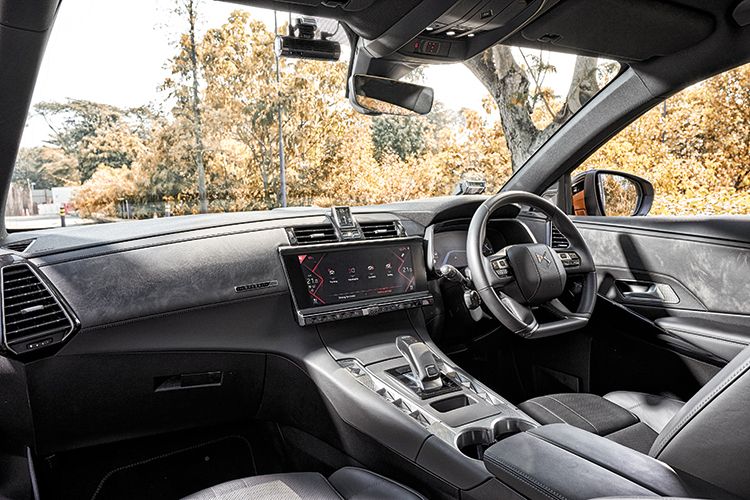 Snazzy styling has a geometric theme – just check out those funky toggle switches for the windows and doors locks on the centre console.

When it comes to automobiles, I love the thought of being able to commission my own uber-luxurious limousine from Bentley or Rolls-Royce.

A car made to my own specifications, especially with regard to leather trimmings, the type of stitching, paint hues and whatnot.

Perhaps there’s a bit of designer in me, after all.

That probably explains why I found myself drawn to the DS 7 Crossback when I first saw it at this year’s Singapore Motor Show.

Putting aside the fact that the DS 7 Crossback is an SUV (the type of car enthusiasts don’t particularly like), it looks like nothing else on the road.

Its front end looks more intimidating than appealing, with an ominous whale-shark-cum-robot face.

But when the DS 7 was started and the LED light elements did their little twirling routine, I was intrigued. 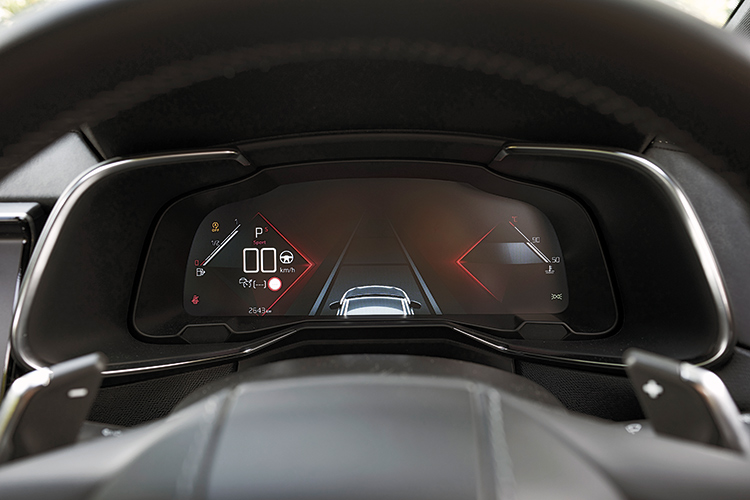 I forgot about the car’s face and found its rear end more attractive.

Those swanky tail-lights complement the wrap-around tailgate rather nicely as well.

The DS 7’s exterior, however, is just a hint of what you can expect from its cabin.

French cars are known for their quirks and I was expecting a fair bit of oddness from this SUV. But the moment I settled into the driver’s seat, I was mesmerised.

The DS 7 Crossback and its interior is exactly what every DS model that came before it (they used to be badged as Citroen DS) should have been: overwhelmingly avant-garde and high-tech. 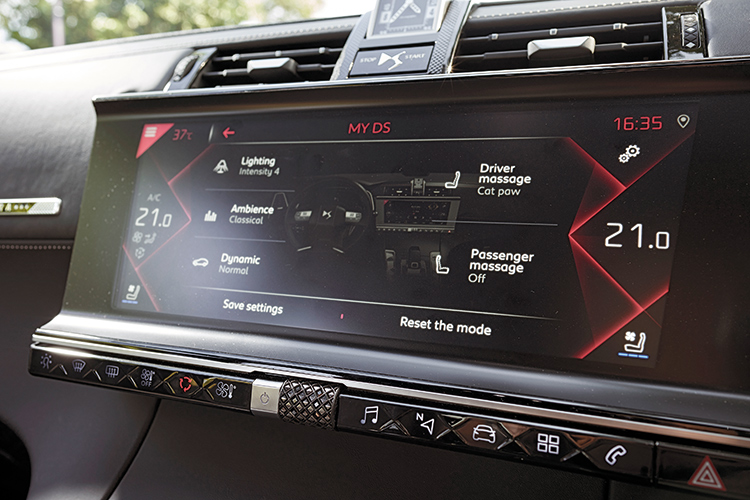 Our test unit, which is the 222hp variant with the top-spec Opera trim level, makes you feel like you’re sitting in the car of the future.

The instrument panel and infotainment display look like they were taken from the USS Enterprise in Star Trek. The gearshift lever wouldn’t look out of place in the Millenium Falcon from Star Wars.

Nappa leather covers the seats and the dashboard. And if you look closely, the stitching even resembles little pearls. 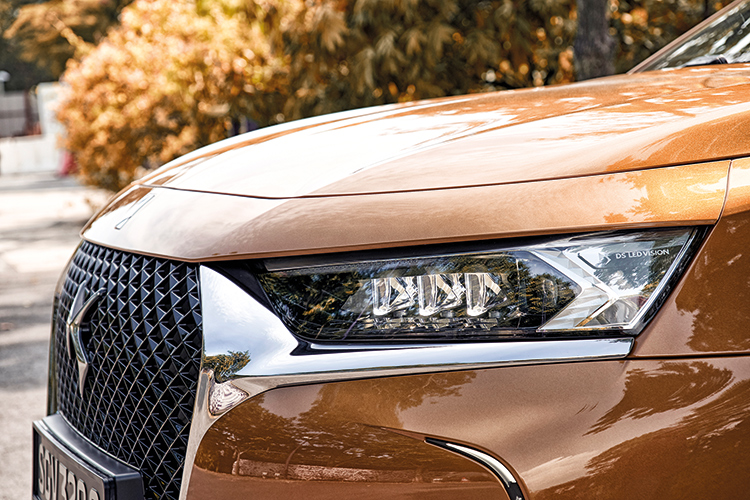 Urban legend has it that someone keyed in the wrong code in the factory and voila! Long story short, the Pearl Stitches are actually the “backsides” of regular running stitches.

Aurally appealing, on the other hand, is the 14-speaker audio system by Focal Electra. The hi-fi’s clarity is pretty solid, even when you turn the volume way up.

The firm actually kaypoh-ed by insisting on certain changes to the DS 7’s cabin architecture and suspension design, to make sure that the acoustics would meet their standards. 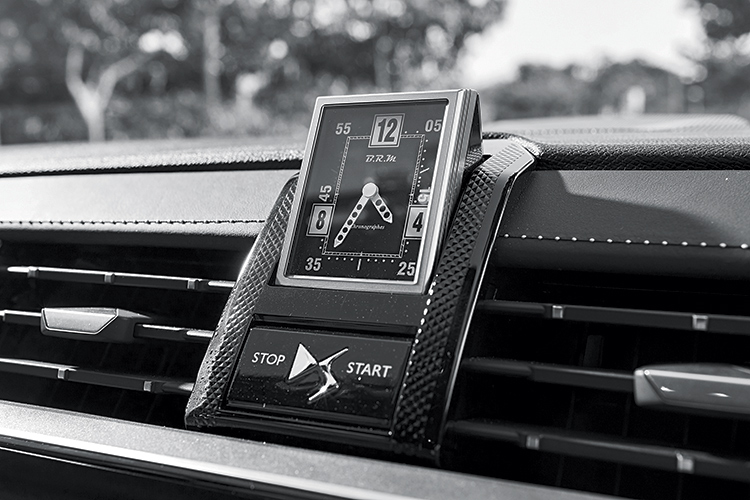 Drivers who want an SUV with high standards of comfort will like the DS 7 Crossback, too.

The cabin is superbly insulated. This might be the quietest French car I’ve ever driven. Both front seats are ventilated and have massage programmes such as Wave, Stretch and Cat Paw.

The latter mimics how a cat presses its paws against its owner.

You can save these along with other cabin and drive modes in the DS Sensorial Drive menu, under the Cashmere or Titanium programme. 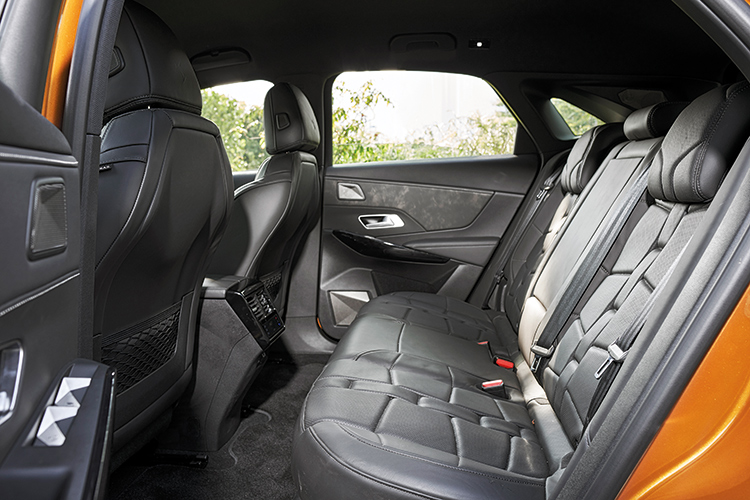 Upon choosing the latter mode, our AD remarked (with a snicker) that “Titanium” should just be called “Grey” since it evoked the mood of 50 Shades of Grey.

That said, the most painful thing about the DS 7 Crossback is the slower-than-expected loading time for the infotainment unit.

On the go, the DS 7’s ride quality is pliant (despite the 20-inch wheels and high-performance tyres) and the interior is rattle-free.

The car’s soft ride is enhanced by the Active Scan Suspension, which uses a camera to analyse the road ahead, along with four height sensors and three accelerometers to monitor speed, steering angle and braking.

The data gathered by these components is then transmitted to an electronic control unit that stiffens or softens the adaptive dampers accordingly.

Active Scan sounds good in theory, but since the ride was comfy to begin with, I could not tell how much better it became. 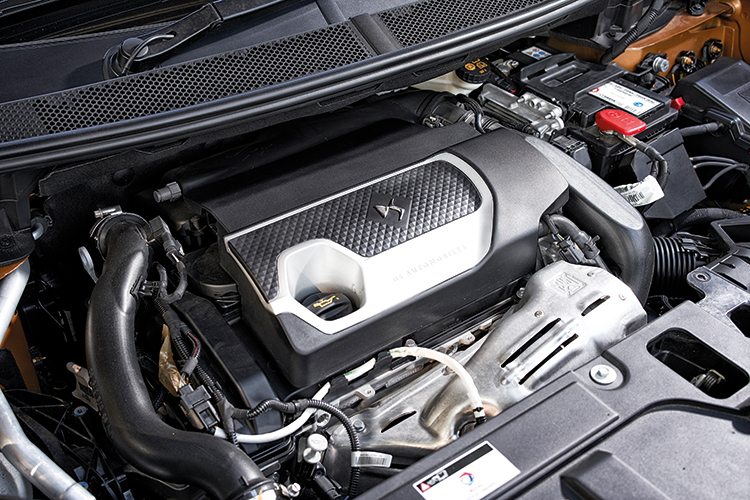 Turbocharged 1.6-litre is rated at 16.9km/L, but you’ll be lucky to achieve half of that in city driving.

The camera also doesn’t work at night and/or in bad weather.

Setting the drivetrain to Sport mode firms up the dampers and makes the drivetrain more responsive. Surprisingly, the artificially produced rorty engine note wasn’t as bothersome as expected either.

The fake vroom noise is needed because the turbocharged 1.6-litre engine in this French number, which delivers 222hp and 300Nm, is pretty subdued.

It goes about its business without fuss and whisks you from rest to 100km/h in a respectable 8.9 seconds. The healthy torque figure gives it good mid-range poke, too. 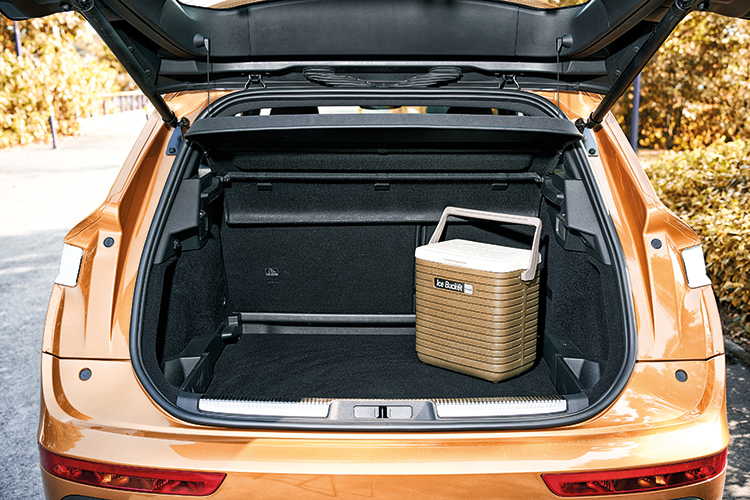 The 8-speed automatic performs seamless, but not snappy gearchanges.

That suits the car’s character just fine, though. At any rate, the DS 7 Crossback is not an SUV you buy to drive fast. Like all good French cars, it remains poised around corners at moderate speeds. Push a bit harder and understeer sets in.

The DS 7 would much rather quietly cruise up and down expressways while pampering its occupants as they ooh and aah at the cabin’s stylishness. 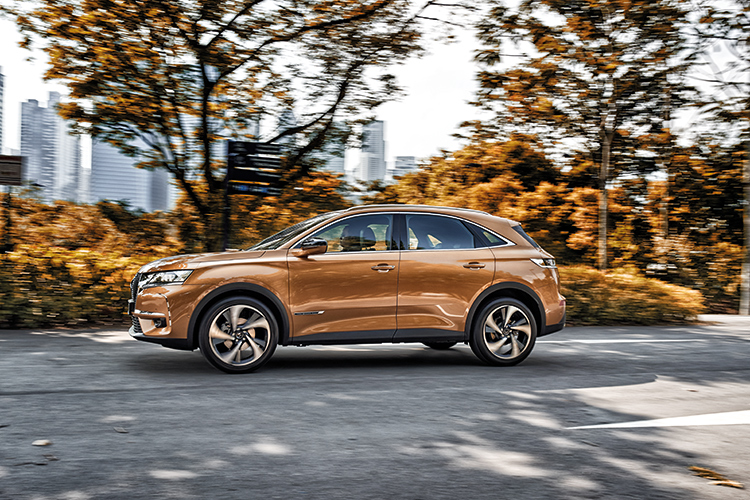 By the way, rear seat passengers enjoy electrically reclining backrests – arguably a first in this segment and price point.

After three days with the DS 7 Crossback, I expected to have a keener eye for “design stuff”. Alas, it was not to be.

I did walk away with an increased appreciation for storytelling, though. 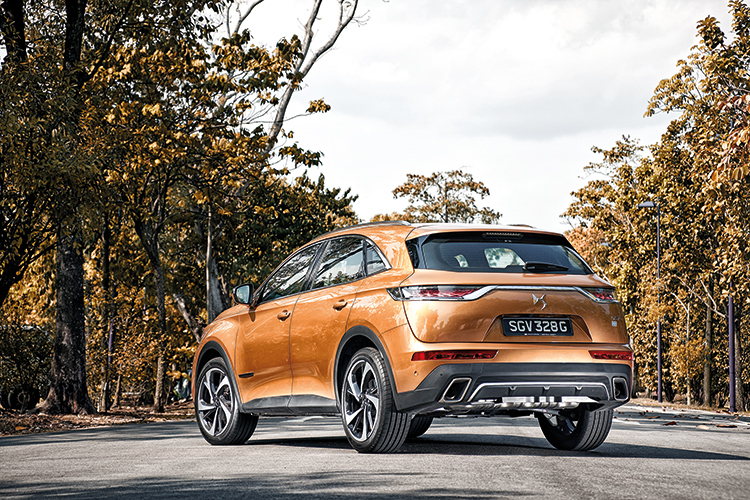 DS 7’s presence is made even more unique by its swanky tail-lights.

DS 7 Crossback: Introducing new heights of luxury in an SUV