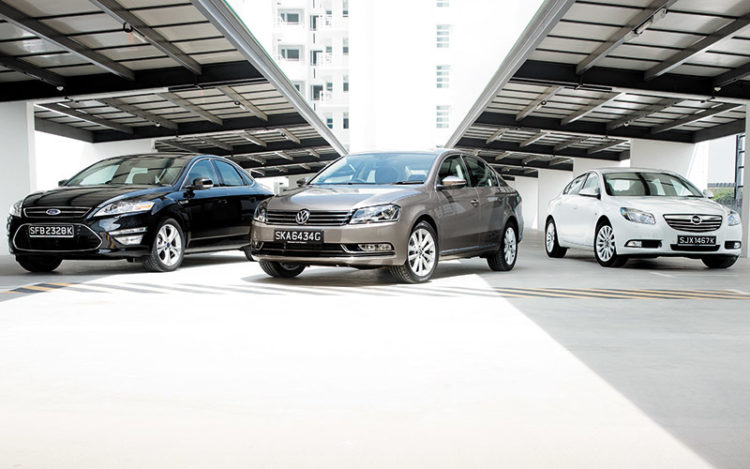 Athough a mid-level executive’s position comes with a pretty sizeable pay packet, he tends to be “limited” in his choice of car. Whether it’s because these managers work in companies with conservative cultures, or because the execs themselves are all cast from the same mould, their typical motoring options have always been restricted to upmarket German brands.

These days, however, mid-sized models from mainstream European makes have become so competent, they are now more appealing than ever to executives. The Opel Insignia, which was launched in Singapore last year, has a distinctive design that helps it to stand out wherever it goes. Its powerful and versatile drivetrain also accords speedy performance to the head honcho in a hurry to get to his many business appointments.

Recently updated, the Ford Mondeo remains more low-key than the Opel on the outside, preferring to let its talents do the talking. The Ford’s generous cabin and capable drivetrain will no doubt impress even the sceptical company officer keen on a more prestigious badge.

Making its local debut just two months ago is the seventh-generation Volkswagen Passat. Deriving its appearance and equipment from the Phaeton flagship, the frugal yet fleet Passat comes loaded with features more likely to be seen in pricier luxury models.

With their equipment levels, these cars are closing the gap between themselves and the premium marques. These three saloons have all pre-qualified themselves as genuine executive rides. Question is, which offers the best balance of abilities and amenities? 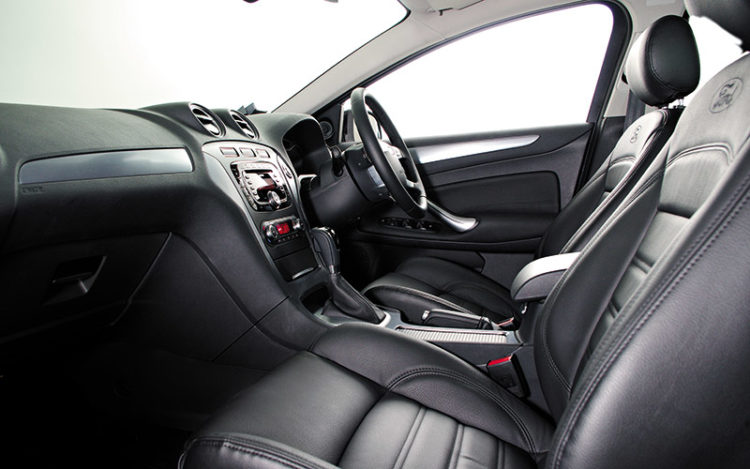 MONDEO – Offers the best forward visibility and a driver’s seat with four memory settings. The door locks remain unmarked and the handbrake is a conventional device, unlike the others’ classier electronic affair. 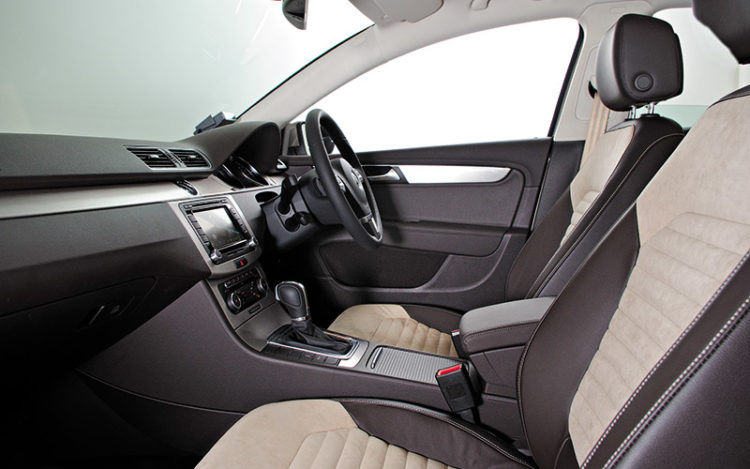 PASSAT – Build quality here is the highest, even if the layout looks rather plain. Premium features include an auto-hold function for hill starts and a Fatigue Detection system for extra safety. 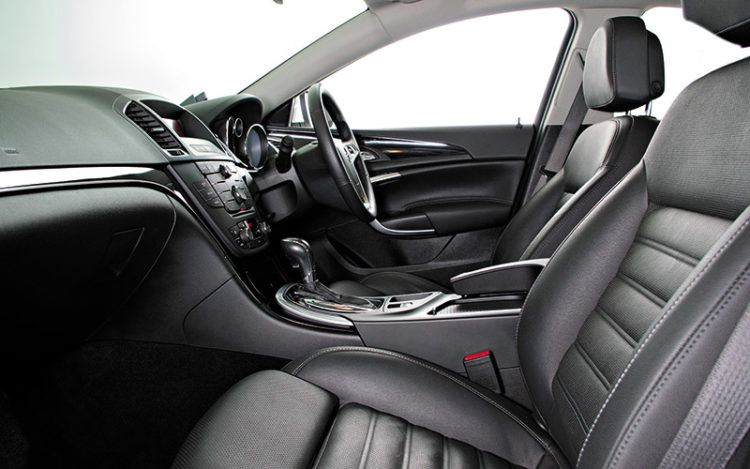 INSIGNIA – Sportiest cockpit of the lot has seats certified by AGR (a European organisation of back specialists). Unique touches include an ?air-conditioned driver’s seat and an Easy Entry/Exit function.