The year was 2001, a good 15 years ago. Jaguar had announced the X-Type, built on a Ford Mondeo platform. The British marque’s new American owners at Ford wanted a junior executive saloon to sell, and hence the X-Type was born.

Jaguar design chief Ian Callum would later admit that it was a fait accompli – essentially designed in Detroit and presented to a reluctant Jaguar board.

Times are different now. Jaguar is owned by Indian conglomerate Tata, which has injected development funds into its British subsidiary that includes Land Rover. The plentiful rupees gave the talented team at Coventry what car companies need to create great products: the freedom and funding to express themselves “in the metal”. 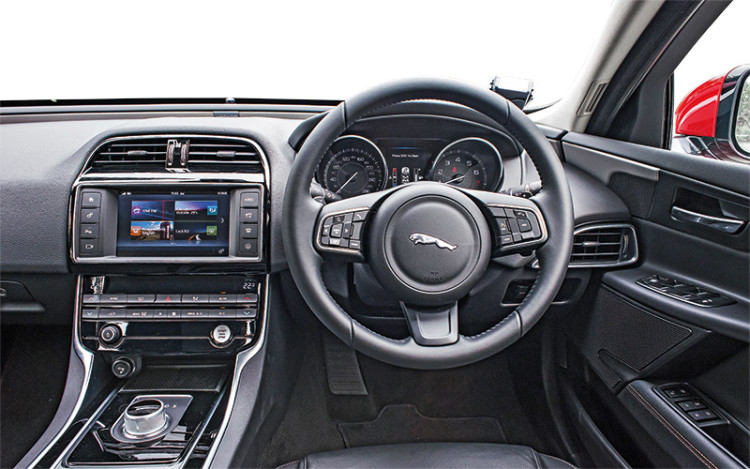 So here we have it, the first bona fide Jag entrant in the executive sports sector occupied by the BMW 3 Series, Mercedes-Benz C-Class and Audi A4. (We compared all three in this Group Test).

All taut lines and sharp creases, the XE continues what the outgoing XF started in bringing the Jaguar styling paradigm into this century.

The XE looks squat, purposeful and thoroughly modern, its menacing stare eliciting a stuffy and wrinkled response from the X-Type’s four unhappy headlights. All told, the X-Type is what I would expect a shrunken XJ of its era to look like. The 2001 XJ was a luxury saloon with stylistic origins from 1968, I might add.

That retrospective theme continues inside the X-Type. Its cabin is certainly a pleasant place in an old-world drawing-room sort of way, with chunky chairs and truly copious amounts of wood.

The XE’s interior is very different, in ways that technological advancement alone cannot account for. 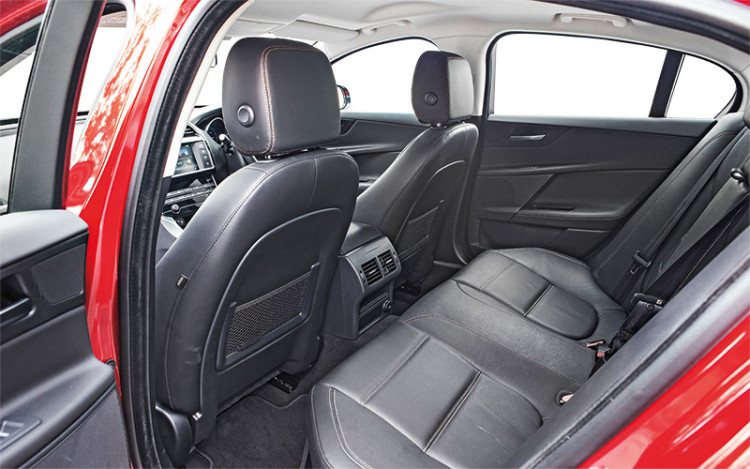 Draw your eyes away from that 8-inch touchscreen-Bluetooth-GPS-warp-drive-magic piece of 21st century in the middle of the dashboard and you’ll find yourself ensconced within wraparound window lines, facing a pulsating red start button and seated beside a transmission dial that rises out of the console.

The J-gate gearlever of “modern classic” Jags like the X-Type and S-Type has been banished to automotive history.

The cabin of the XE test car, incidentally, came optioned in an unrelenting blackness, which might be taking chic modernity too far, in my opinion. 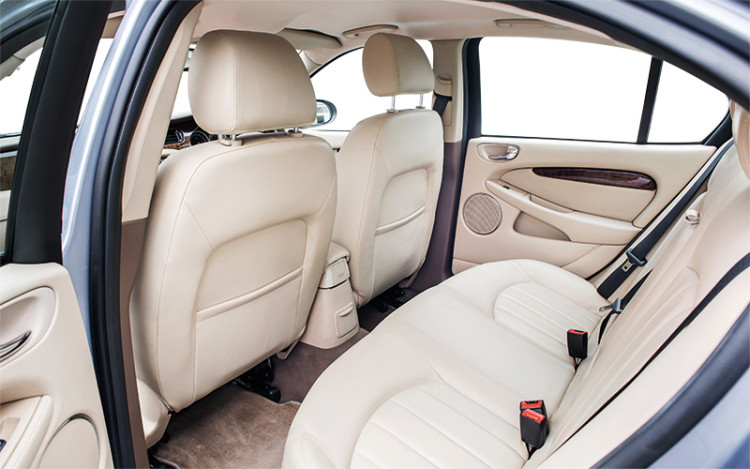 The brazen sporting zest of the XE contrasts starkly against the X-Type’s more relaxed mannerisms.

The older cat’s primary perceived handicap is its front-drive platform, though it deserves to be said that such a configuration has not discredited the Audi A4 in the eyes of many buyers.

In truth, the X-Type goes down the road with serenity and enough poise to be credible for its generation. The Mondeo donor model did, after all, earn deserved plaudits for its eagerness to tackle bends while maintaining comfortable composure on workhorse duties.

An elastic-feeling steering is the only glaring dynamic flaw of the X-Type, but a W203 Mercedes C-Class fares no better in that department.

After lowering myself into the rear-drive XE, I think of how Hot Wheels once zipped across my childhood bedroom floor – light and level, with a low centre of gravity. Jaguar’s extensive use of aluminium and the redistribution of “saved mass” over higher-quality suspension pay dividends handsomely in the bends. 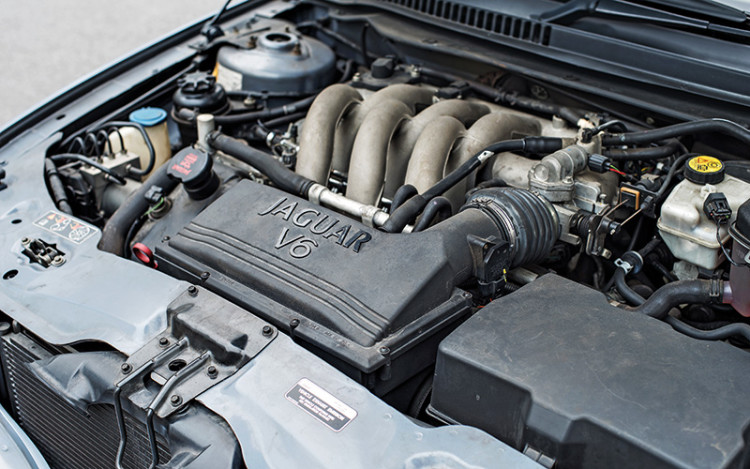 Approach a flashing green arrow at speed and I can skate through the corner, worrying less than I’d expect about body weight transfer and the overload of the outside wheels. Through all this, the car remains talkative. Unleashed, the XE has bolted straight out of the gate and gone for the gold in class dynamics.

Within the engine bay, the X-Type’s smooth but leisurely 2.1-litre V6 has been succeeded by the modern segment template: a turbocharged 2-litre 4-cylinder with direct injection.

The XE’s, unfortunately, is not the best example of its kind. The engine delivers power in a traditionally turbo fashion – surging when provoked and slovenly when caught napping.

Interestingly, that engine is not only the XE’s Achilles heel but also the one major component that is still sourced from Ford – a connection pointedly not mentioned in the press materials.

At the end of this gentle catfight, the X-Type still qualifies as a stylish British saloon, one that’s closer to Jaguar than its American-Mondeo roots and reputation might suggest.

Separated by two model cycles and significant differences in drivetrain layout, engineering priorities, design ambitions and corporate owners, the XE is as much a descendant of the X-Type as PM Lee Hsien Loong is of Sang Nila Utama. Instead, the XE and X-Type are like English step-siblings once removed, with the old cat sitting unfamiliarly next to the new cat. 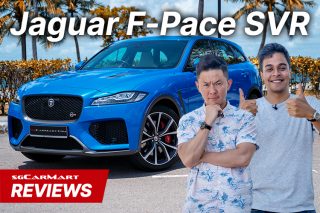 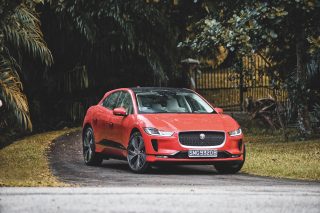