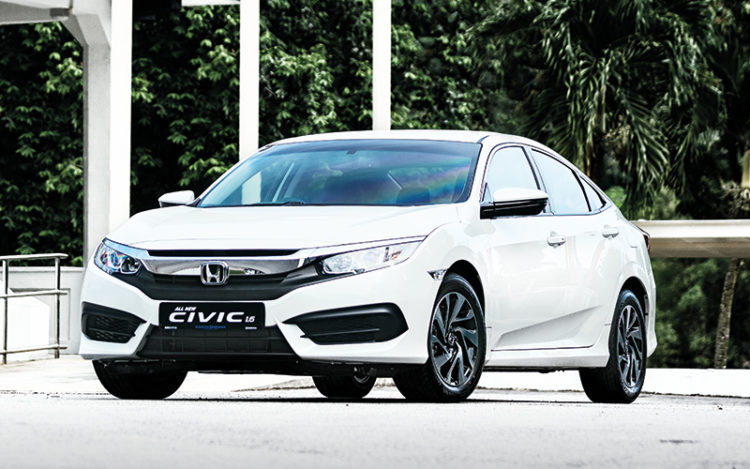 There is no polite way to say this, but the ninth-generation Honda Civic is terrible. Especially when it is compared to the incredible 10th-generation model you see here.

The ninth-gen Honda Civic never felt like it was made to Honda’s typical high standards. In the US, a respected consumer magazine, which always recommended the Civic to buyers, actually removed it from that list.

Here in Singapore, you’d be lucky to spot a ninth-gen Honda Civic. Personally, I’ve only seen one within the last six months.

In contrast, you’re going to see an eighth-gen Civic (FD) every time you go out. It is so good that we compared it to this latest model in our accompanying booklet. And till today, the FD commands a premium over rivals in the second-hand market.

If you’re a Honda Civic fan who’s been waiting for a new and improved model, then your hopes/wishes/prayers have been answered by Honda. This 10th-generation FC model is thoroughly impressive and very compelling. 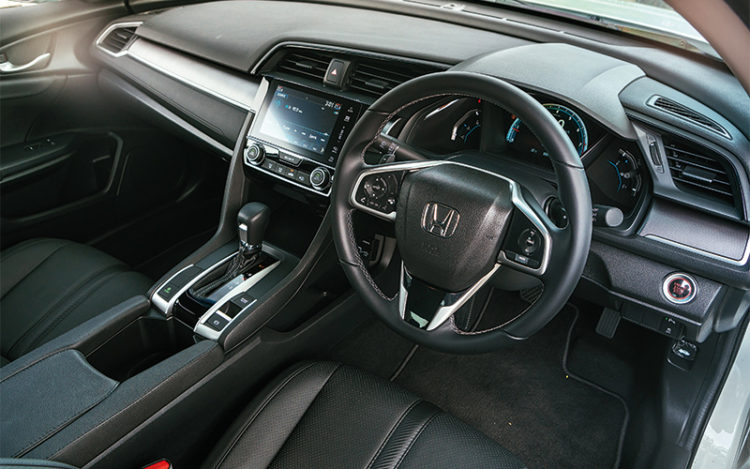 The buttons on the steering wheel are intuitive, and the touch-sensitive volume control works quite well.

The Honda Civic’s exterior design is fresh and dynamic. Its face is sleeker and its body is filled with tauter curves. And while those boomerang-shaped tail-lamps might not be everyone’s cup of tea, they do give the car a rather striking rear end.

Adding to the Honda Civic’s road presence are its dimensions, which are 105mm longer, 19mm lower and 44mm wider compared to the previous model.

Even when standing still, it looks ready to tackle any road.

Sure to help in this endeavour is the car’s body, 12 percent of which is made from ultra-high-strength steel.

The latest model has a torsional rigidity that’s 25 percent stiffer compared to the previous model, whose ultra-high-strength steel content is only 1 percent.

Honda has also paid careful attention to the interior this time around. The cabin of the latest Civic is more upmarket than expected, with soft-touch materials adorning the dashboard, centre console and door panels.

The cockpit is a huge improvement over the previous model’s, which is filled with hard plastics and has a glovebox lid that, when opened, immediately slams down on the unsuspecting knees of the front passenger. 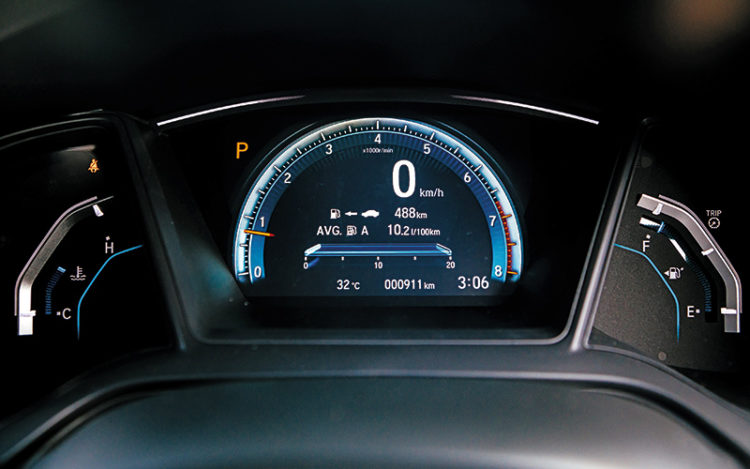 In the replacement model, the front passenger’s kneecaps remain unbruised because the glovebox lid gently glides downwards when opened.

Keen drivers will feel right at home in the new Honda Civic because of the front seats, which have a lower hip point than before.

And with the high centre console and stubby gearshift lever, you’ll feel quite ensconced.

Adding to the sporty feel is the instrument panel, which is now an all-digital affair. Gone is the two-tier panel from the previous model. In its place is a sportier-looking single-tier panel dominated by the tachometer.

Honda’s infotainment system is pretty intuitive, but not quite perfect. I reckon that the touchscreen could be more responsive and the menu loading times could be snappier.

Also not quite complete is the car’s backseat. Although the Civic’s 2700mm wheelbase is 30mm longer than its predecessor’s and offers more legroom, it no longer has a flat rear floor, making it potentially awkward for middle occupants to park their feet. 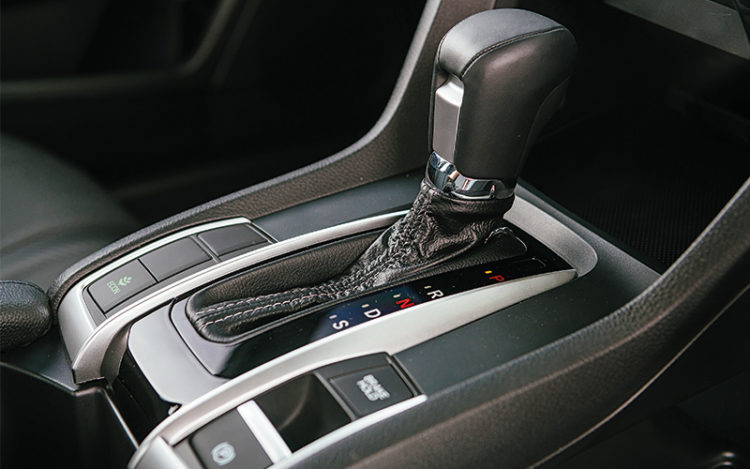 However, rear seat passengers will still be more comfortable than before, since they now have a pair of rear air-con vents to provide added respite from our tropical climate.

Now, while the 1.6-litre Civic won’t deliver the scorching performance boyracers crave (they’ll want the turbocharged 1.5-litre Civic for that), this variant is nevertheless vastly improved over its predecessor.

Despite the 1.6-litre motor being carried over unchanged, the engine sounds much quieter and revs more smoothly than before.

The powerplant is also slightly more efficient, because it’s now hooked up to a continuously variable transmission (CVT) instead of a 5-speed automatic. The Honda Civic can now cover 14.9km per litre of unleaded, or 0.2km per litre further than before.

More importantly, the new Civic is also quicker from zero to 100km/h, despite being larger and 24kg heavier than before.

The car’s century sprint time of 11.6 seconds is 0.8 of a second faster than the older car, which is surprising since the engine’s 125bhp and 152Nm outputs are unchanged.

What have been improved are the car’s noise, vibration and harshness (NVH) levels.

The latest Civic is so quiet that at times, I wondered if a start-stop system (which the car doesn’t have) had switched off the engine.