When the fifth-generation Honda CR-V arrived in Singapore three years ago, it had almost everything that most buyers then wanted.

Available in both five-seater and seven-seater versions, the CR-V has a small displacement turbocharged engine, digitised cockpit and panoramic sunroof. It even has LED headlights.

Three years on, the CR-V’s spec sheet remains largely unchanged, save for the addition of Honda Sensing, the carmaker’s suite of safety features. Currently, the new model is solely available as a seven-seater. 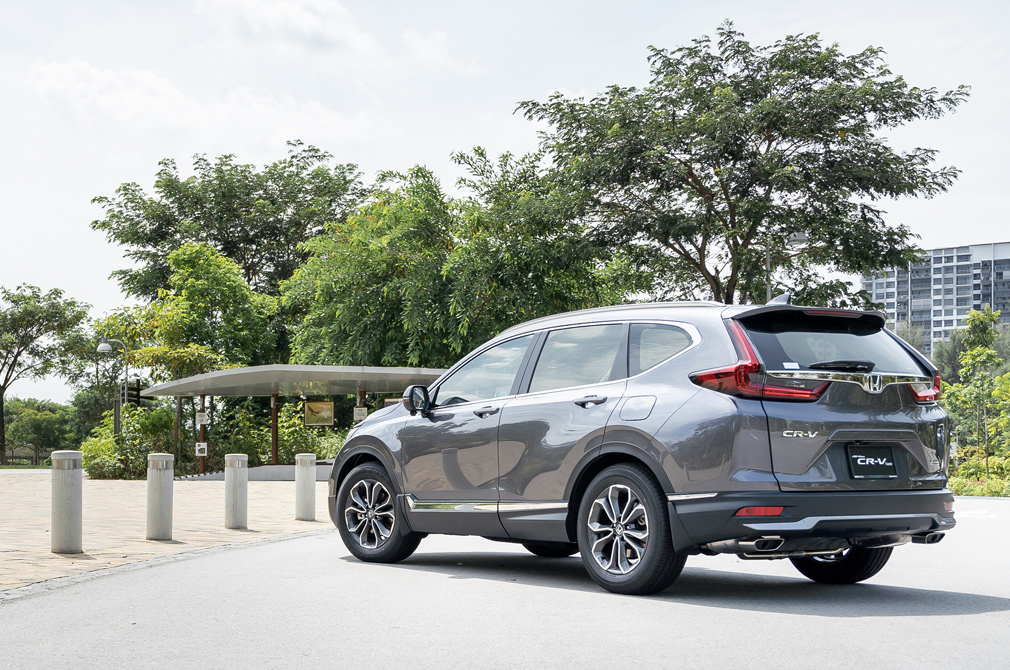 The Honda CR-V looks very similar to its predecessor because only minor changes were made to the exterior.

There’s a new grille that accommodates the Sensing radar, along with a more sculpted front bumper. The CR-V also has a new rear bumper and newly designed 18-inch wheels. 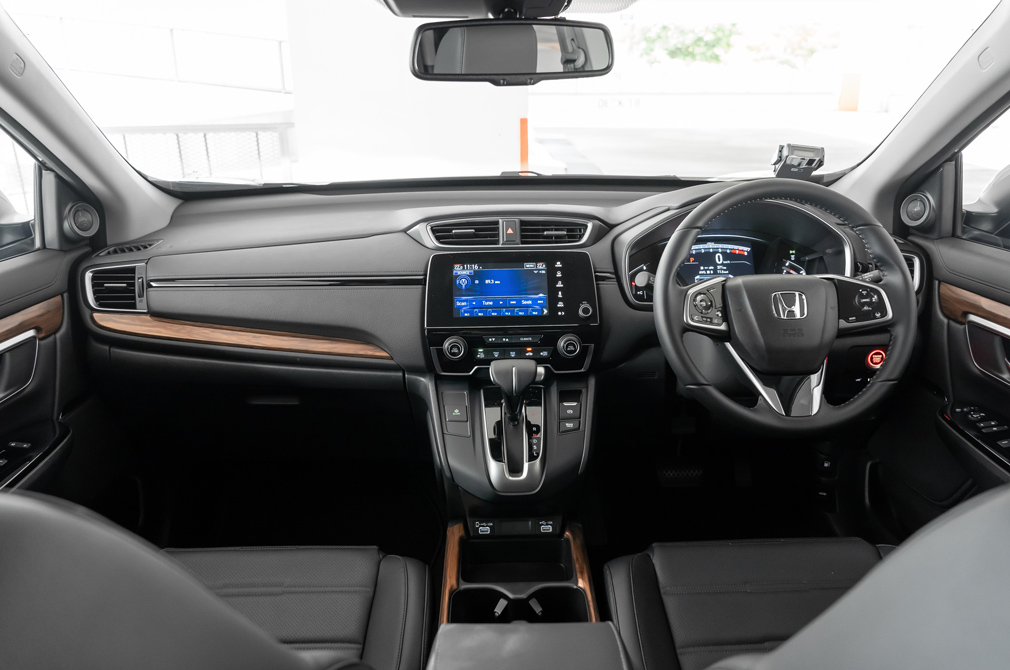 Though similar to the pre-facelift model’s, the new CR-V’s cockpit has been enhanced with Honda Sensing.

If spotting the changes to the exterior is difficult, doing the same in the cabin might be impossible, for it is identical to the pre-facelift model’s.

Some might see this as a negative point. But the unchanged interior can also be seen as Honda getting it right the first time around.

Cushy seats, good connectivity options, a digital instrument cluster and a panoramic sunroof certainly make this a nice place to spend time in.

Indeed, the only change might be the addition of Apple CarPlay and Android Auto. I cannot remember if the previous Honda CR-V had these functions. 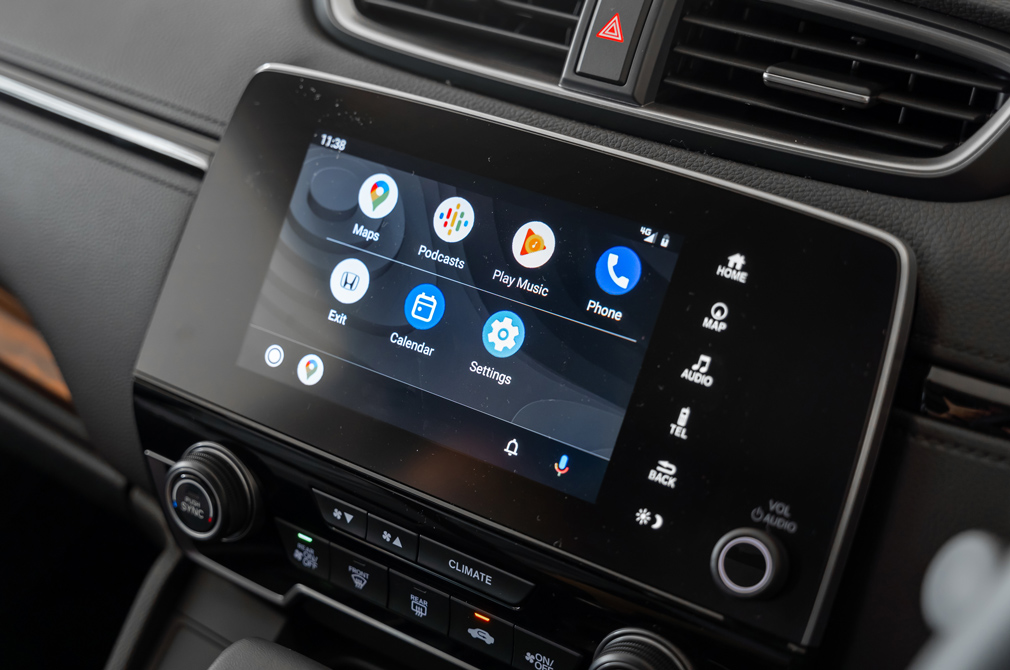 At any rate, both features are exactly what today’s drivers need, which is access to their smartphone on the go. So, Google Maps and Spotify then.

Nothing has changed in the second- and third-row of seats either. The seven-seater Honda CR-V should still be considered a 5+2, since the last pair of seats is really only viable for kids or petite adults.

Whoever sits back there, though, will at least have overhead air-vents, which are a boon in our climate.

Honda Sensing, the brand’s suite of safety features, is now standard on the CR-V.

These functions make the Honda CR-V safer and more convenient than before. 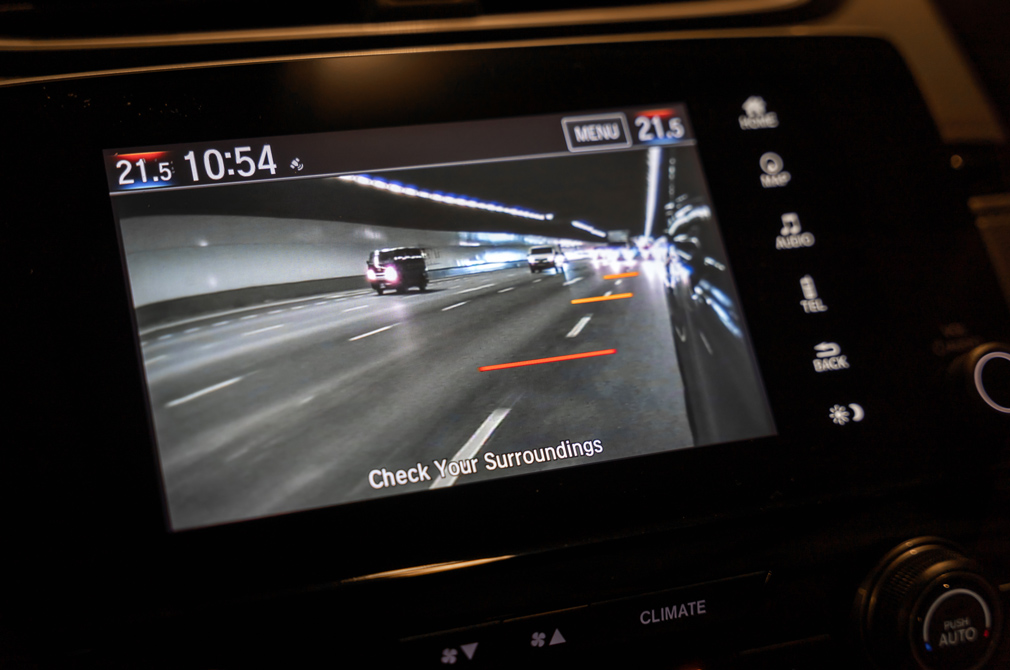 The LaneWatch system is good, but could have been even better if it had been upgraded to also monitor the right side.

But it would have been even nicer if certain features were also upgraded.

For instance, the LaneWatch system still only has a single camera that displays live video feed from the left side when the driver indicates left. Meanwhile, the new Kia Sorento has a similar feature that can display both sides.

The digital instrument panel could also use more layout options. Drivers are aware that such an option is available in other cars – so why not in the CR-V as well?

A SMOOTHER POWERTRAIN WOULD BE NICE

The Honda CR-V is still powered by a turbocharged 1.5-litre inline-4. With 190hp and 243Nm, and a century sprint time of under 10 seconds, it has punchy performance.

How it delivers this performance is another question, for it could certainly use more refinement. 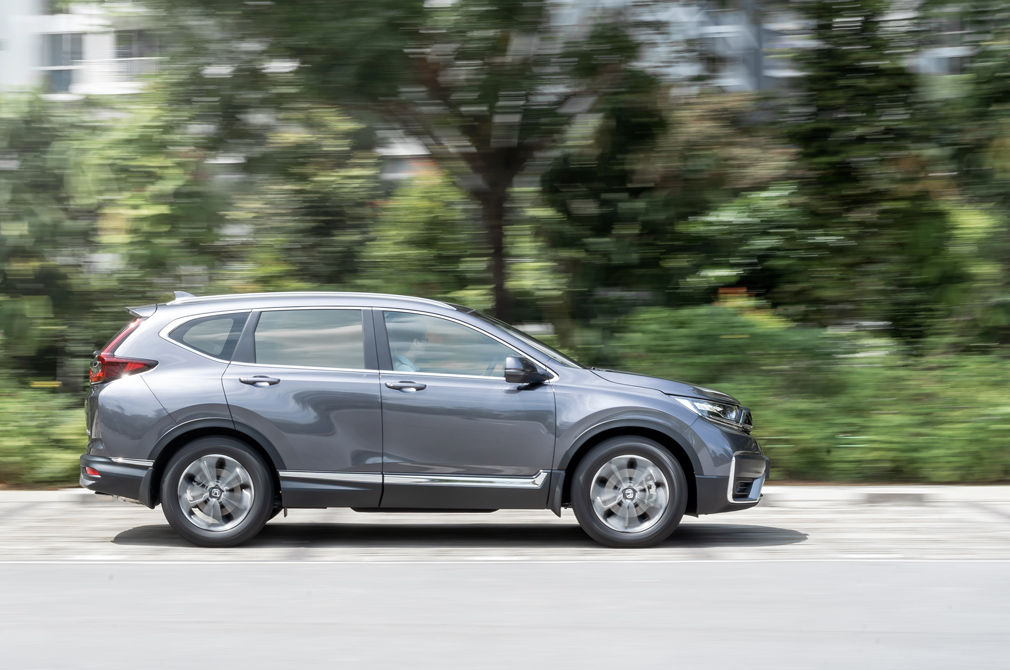 The rorty engine – though pleasing to keener drivers – won’t be to everyone’s liking. But it is the continuously variable transmission (CVT) which must be improved.

It works fine under normal driving conditions. But plant your foot firmly on the accelerator and its “stretchy” character emerges, accompanied by an audible drone.

A manual override function, with pre-set ratios, would have given drivers the option to well, override this. But only “S” and “L” modes are available. They do make the drivetrain feel more responsive, though.

All that said, the Honda CR-V does live up to its moniker. It is at heart, still a “comfortable runabout vehicle”. Go easy on the accelerator and this SUV works well, pampering the driver with its cushy seat and gentle manners.

The air-con is wintry, the cabin is quiet and the audio system relatively punchy. I clocked nearly 90km in one morning and did not feel tired at all.

Three years after its launch, the updated Honda CR-V continues to have almost everything most buyers want. Now, it just needs to convince them that it is also the SUV they need.