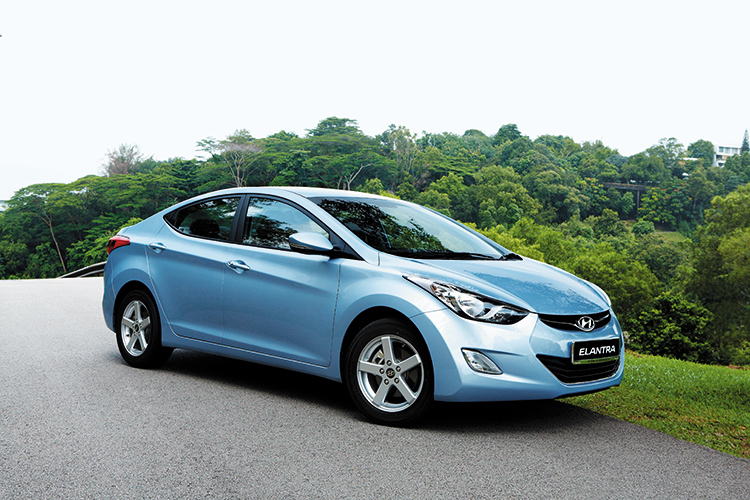 Into its fifth generation (the previous was the Avante), the new Hyundai Elantra has some pretty big shoes to fill – and at a time when sales of Japanese and Korean cars are in the doldrums. However, its local distributor is quietly confident that the car will do well – and it has every right to do so.

The Hyundai Elantra does catch the eye. It has one of the nicest silhouettes of any saloon on the road today thanks to Hyundai’s “Fluidic Sculpture” design, which has already been seen on the i45 and Tucson. In fact, the Hyundai Elantra is like a “compressed” version of the former, but it is definitely more attractive. 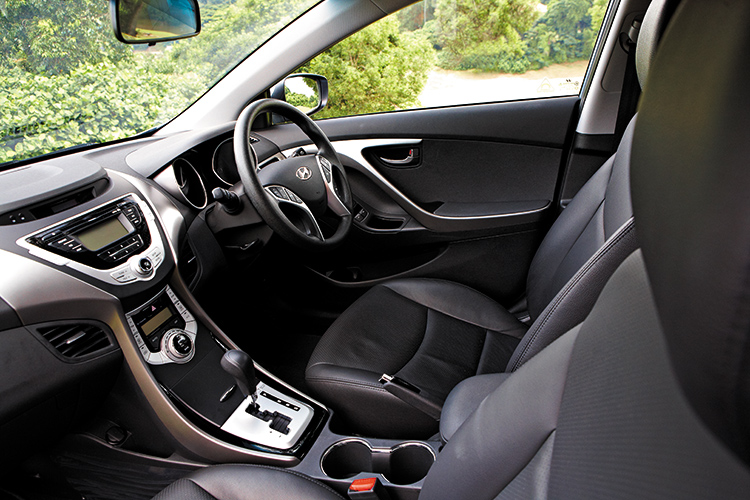 The dashboard is all curves, with not a flat surface in sight – pity about the hard plastics.

While some may find the many character lines sweeping back and forth over the body a tad too “confusing”, as a whole the car looks better than the “safer” Hyundai Avante.

Long headlights converging on a hexagonal grille (Hyundai’s latest corporate snout) meld beautifully with the sloping roof, sleek side windows and raking front windscreen. There are some neat touches, too – these include the slim signal indicators on the aerodynamic wing mirrors and slats in the lower front air dam which almost look like racecar diffusers.

These small details work with the Hyundai Elantra’s almost coupe-like shape to enable it to “slice” through the wind (Cd 0.28), so much so that Hyundai quotes a pretty impressive fuel consumption figure of 15.5km travelled for every litre of petrol – one of the most economical in its class. 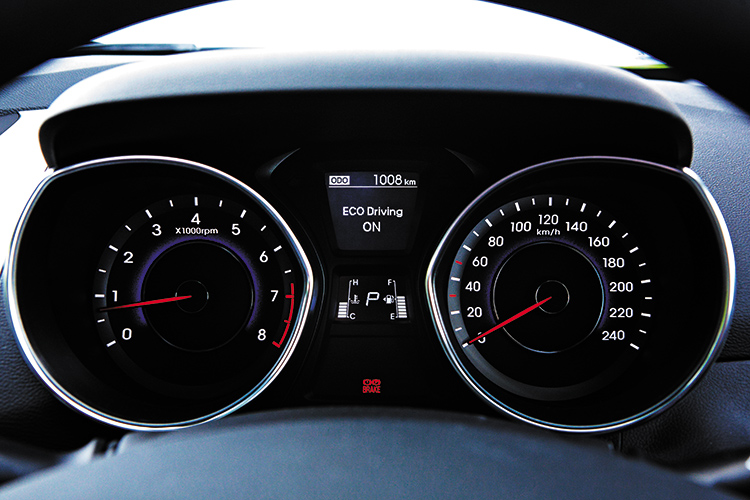 From the chrome-rimmed meters to the blue-lit displays, the attention to detail is evident.

While aerodynamics (and an Eco-driving indicator on the driver’s instrument panel) do play a part in this, much of its frugality has to do with the 1.6-litre motor and 6-speed automatic gearbox – both new items.

The Gamma 4-cylinder sports the company’s latest dual variable valve timing technology, and makes 132bhp and 157Nm – the former being one of the highest of any naturally aspirated engine of similar capacity available today. 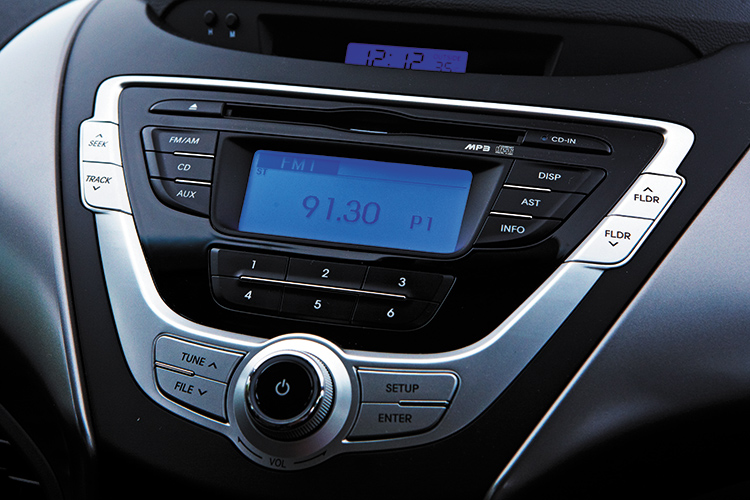 Despite our test car being barely run-in (it showed 495km on the odometer), acceleration is brisk when moving off from rest and the engine does not feel “tight”. It revs freely from the get-go and when the electronic throttle is floored, the accompanying (loud) purr is sure to put a grin on your face.

The 6-speed automatic could be smoother (shift-shock is quite noticeable on anything more than half-throttle), but it is responsive – and willingly kicks-down if it senses more performance is needed. 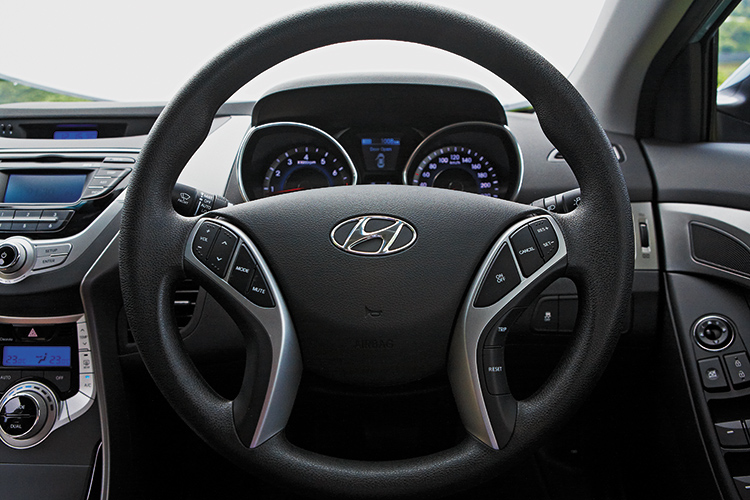 In-gear overtaking is notably improved over its predecessor as 90 per cent of maximum torque is available from about 2500rpm. Surprisingly, the quoted figure for the 0-100km/h dash is a “leisurely” 11.6 seconds because the Hyundai Elantra feels a lot faster than that. We estimate its century sprint timing to be closer to the 11-second mark.

Another area in which the Hyundai Elantra trumps the previous model is its cabin. Taking cues from the exterior, it is designed with the same flowing lines and curved surfaces. 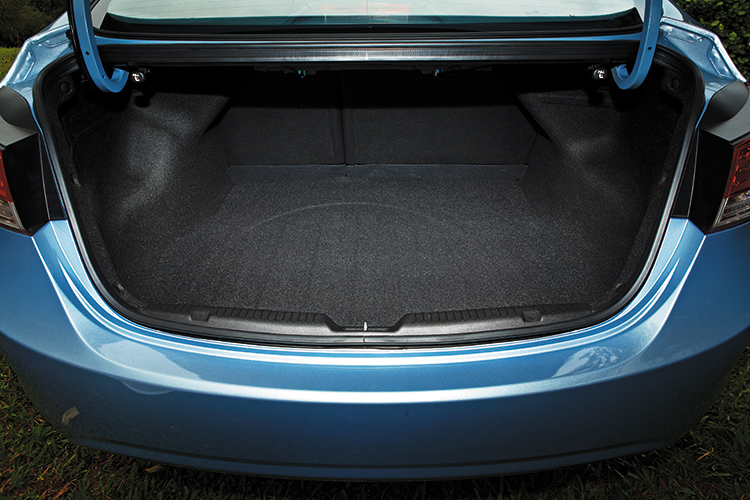 Good-sized boot could do without the intrusive wheel wells.

Sporting a mix of plastics and leather, as well as colours of piano black, silver metallic and chrome (around the cowls of the speedo and tacho), it is a far cry from its descendant’s bland interior.

Ergonomically, everything falls nicely to hand. Finding the optimum position to pilot the car is easy, with the electric driver’s seat (adjustable in 10 different directions) and telescopic steering column. 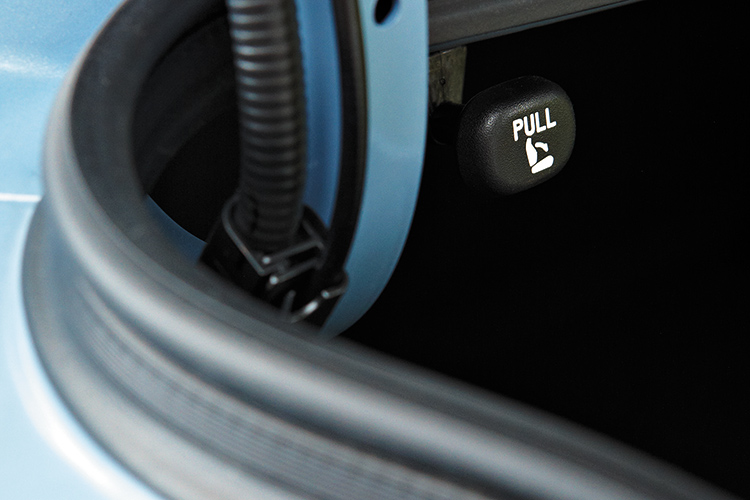 Space has improved, too – as a result of the longer wheelbase (an increase of more than 50mm). There’s more legroom, and the boot – at 420 litres – is another class-leading feature. The protruding wheel wells compromise its usage, however, especially if the items to be stowed are wide.

Storage areas are also aplenty in the Hyundai Elantra. The volume of the many compartments such as the glovebox, door pockets and centre console add up to almost 17 litres – once again, the highest figure among its competitors. 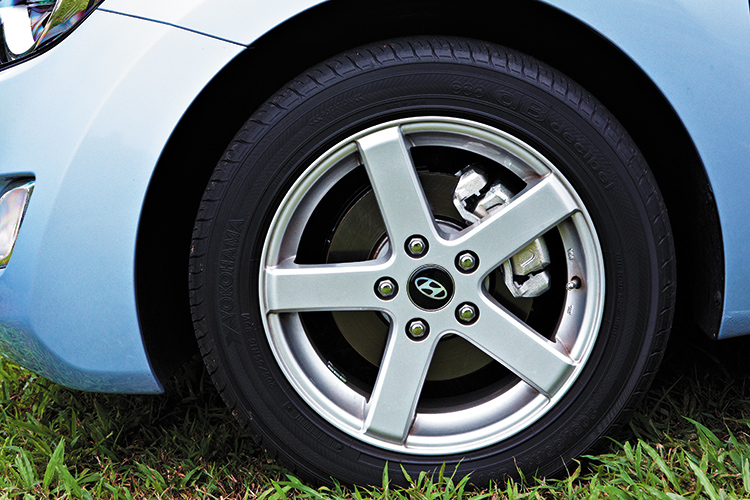 Suspension duties are taken care of by a setup that employs MacPherson struts in front and a new rear torsion beam axle. The ride is well damped but a tad firm – more pronounced bumps are clearly felt (and heard).

Still, handling is keen and body roll is minimal through the corners. Despite the car being shod with tyres that are designed to be more comfort-oriented, there is a high level of grip. You will find yourself driving faster, even through the tighter corners. The “communicative” steering also adds to this feeling of confidence. 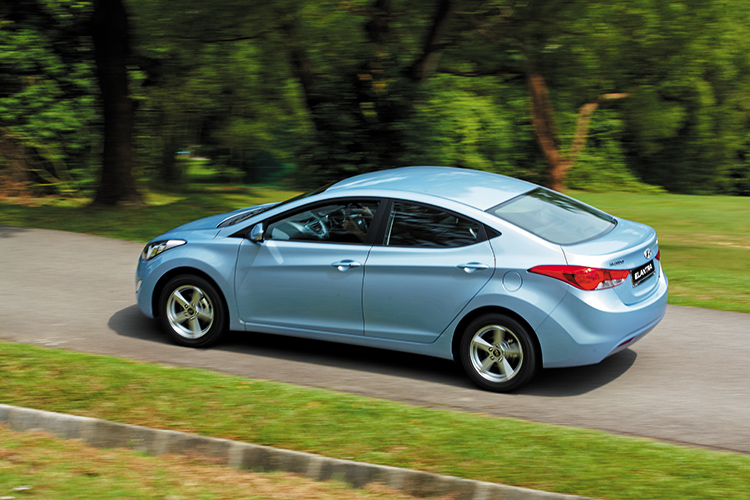 And if things do get a little hairy, the all-disc brake system (ventilated ones up front and solid units at the rear) and ESP with VSM (vehicle stability management) help keep the car on the road – as long as you steer in the direction of the road.

Three Hyundai Elantra variants are available, differing only in the level of standard equipment. The one here – the Elite – is the higher spec and has all the options (bar the sunroof which costs an extra $1000). 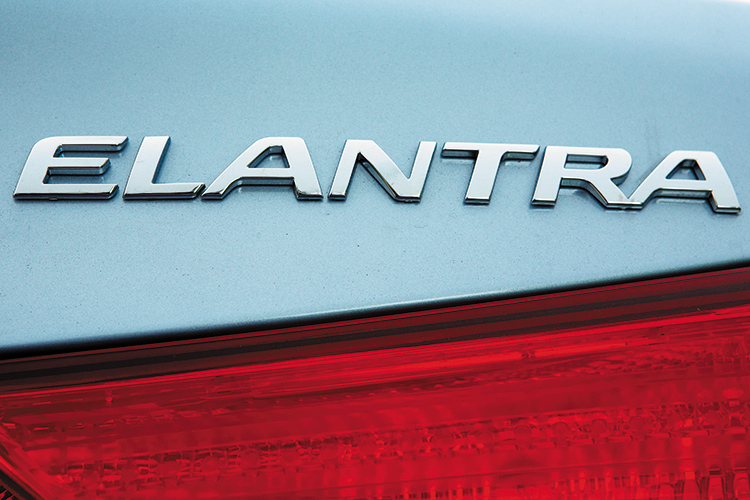 For just $6000 more than the cost of the base model (Basic) and on top of the features mentioned earlier, it comes with larger 16-inch alloy wheels, dual-zone climate control, auto cruise control, reverse camera, engine start-stop button, auto lights, auto rain sensor, fog lights and Hyundai’s supervision lighting, which makes the driver’s instrument cluster easier to read in all conditions.

The Hyundai Avante was Singapore’s most popular car in 2009 – no mean feat for a Korean brand. And while the going has been tough recently, the new Hyundai Elantra has enough talent to put a smile on the faces of the people tasked with selling it. 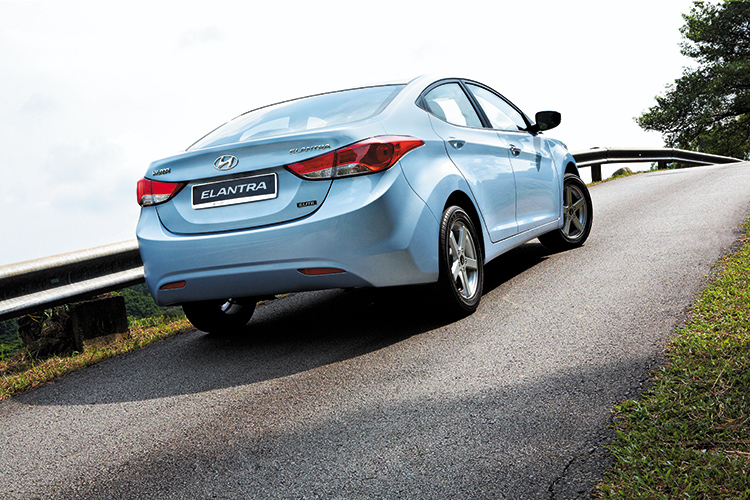 It doesn’t matter where you view the car from – it looks miles better than the Avante.

It should also put one on yours after you have given it the once-over and taken it out for a spin.

Check out the latest Hyundai Elantra