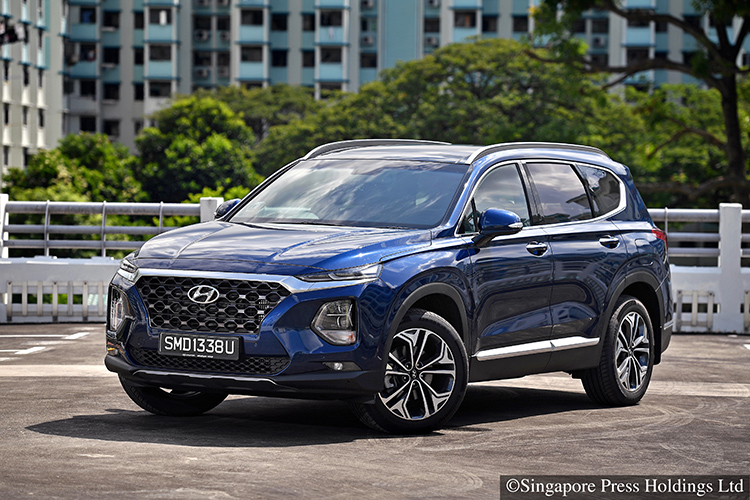 In many ways, the turbo-diesel variant of Hyundai’s new Santa Fe makes more sense than its petrol twin.

The Santa Fe turbo-diesel has more grunt, which is always appreciated in an SUV.

It has an 8-speed transmission to spread out that grunt (compared to the six-speed box in the petrol). And like all diesels, it is more fuel efficient.

Off the starting block, the diesel hits the century mark in 9.4 seconds, beating the petrol by one whole second. Top speed is 203km/h, versus the petrol’s 195km/h.

And the Santa Fe diesel has a stated fuel consumption of 13.2km per litre, considerably better than the petrol’s 10.2km per litre.

At the wheel, the difference is palpable. The 2.2-litre turbo-diesel Santa Fe takes off more briskly and maintains its heightened verve thereafter. (The difference between the two, however, tapers off at cruising speeds.)

This translates to bigger comfort zones in manoeuvres such as lane-changing, merging and overtaking.

You need not leave as big a gap as you would with the petrol.

And as with most diesels, the Hyundai’s engine reaches its peak far earlier than the petrol unit.

That, however, is irrelevant when you have 440Nm of shove from just 1750rpm.

The car goes from a trot to a full gallop more effortlessly than its petrol sibling. 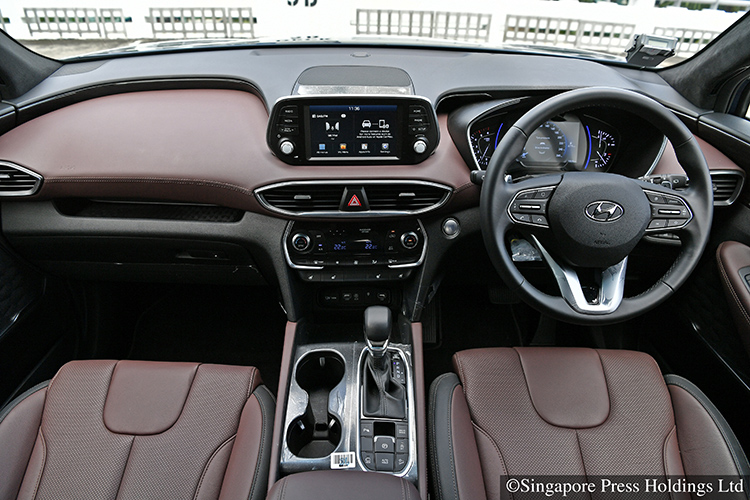 There is downside to driving the diesel, though. Firstly, the diesel chatter comes through quite clearly.

It is not painfully intrusive, but it is there, droning in the background.

Secondly, the Santa Fe diesel takes a mite longer to wake up from its stop-start slumber.

This proves to be slightly unpleasant if and when the car decides to take a fuel-saving nap at a junction or at the lights. Which is rather frequent.

But this shortcoming can be dealt with easily – just deactivate the stop-start function with the touch of a button.

Thankfully, the car is fitted with a whole suite of other features which are more useful than stop-start.

These include memory seats, electronic parking brake with auto-hold function, a connected infotainment touchscreen, a 360-degree camera system (always nifty in a big car like an SUV), wireless smartphone charging and a multi-function steering wheel with easy-to-use cruise control. Strangely, navigation is not available.

There are other features which help you – and others – stay safe.

Like in the petrol model, the Santa Fe has head-up display (unheard of in this price range), which incorporates visual blind-spot warnings.

The rear doors will not open if the car’s rear cross traffic alert detects an oncoming vehicle.

And there is a sensor system which will trigger an alarm if you should walk away leaving a child or a pet locked in the car.

The Santa Fe serves well as a family carrier. Its second row is adequately spacious and it has an enormous boot. 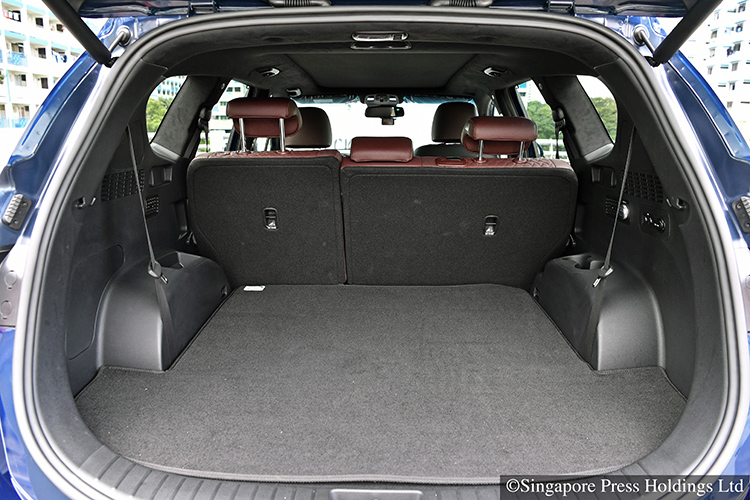 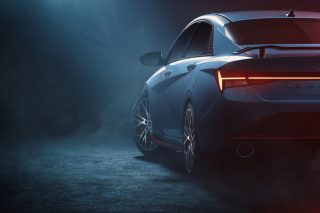