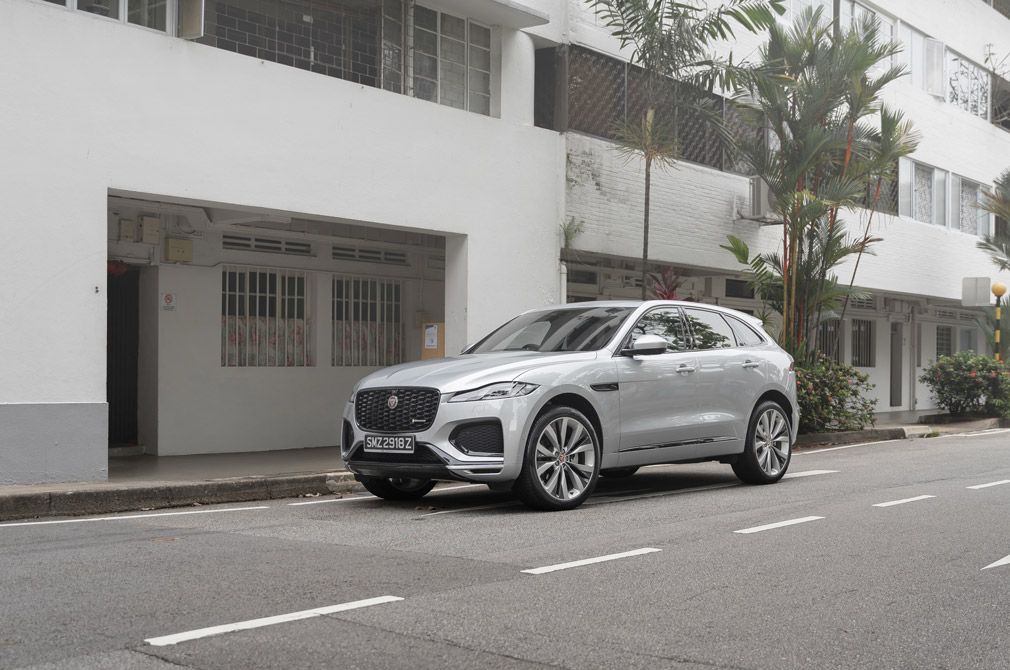 The Jaguar F-Pace has been a relatively left-field choice when it comes to mid-size luxury SUVs, with the segment dominated by the three German luxury carmakers.

Going by their numbers on the road, Audi’s Q5, BMW’s X3 and Mercedes’ GLC models are the most popular choices. But the latest F-Pace might just be more enticing this time, thanks to some much-needed improvements.

JAGUAR F-PACE: A NIP HERE, A TUCK THERE

The F-Pace looks more aggressive than before, with a more sculpted bonnet, larger grille and air intakes.

The grille features a new mesh design with what Jaguar calls “diamond detailing”. It also gets new slimmer LED headlights and “double chicane” tail-lights, which were first seen on the all-electric I-Pace.

More significant than the exterior changes are the enhancements made to the cabin. It is now more driver-focussed and convenient than before. 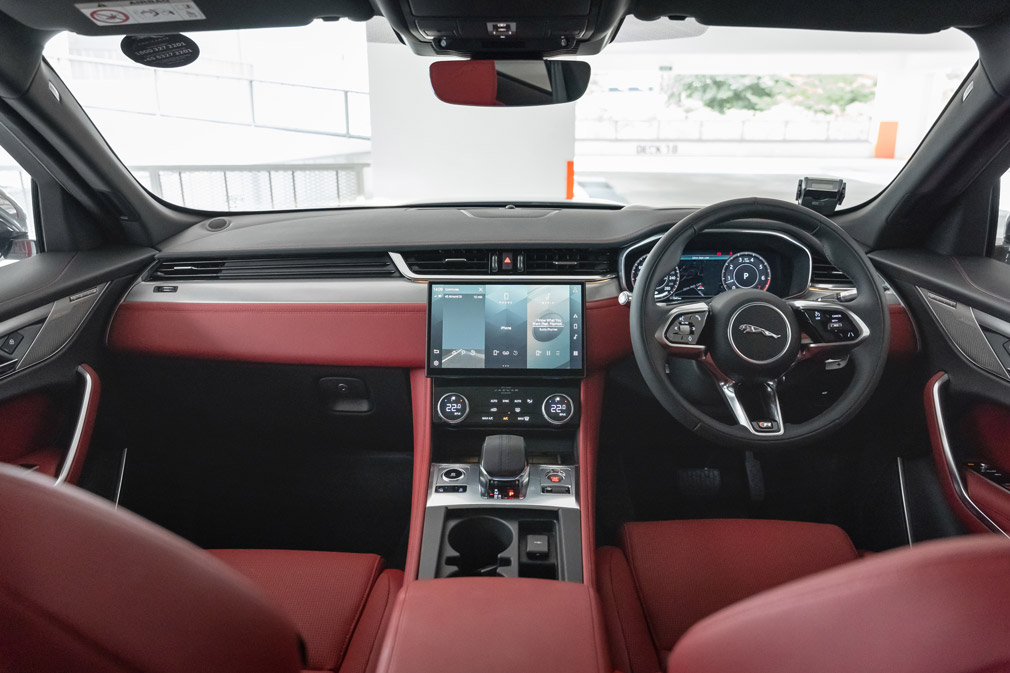 The new front seats have wider cushions and the centre console offers more storage space. Those window switches, which used to awkwardly sit on the window sill, have been moved to the armrest, making them more intuitive.

The biggest change here is that the dashboard has been totally digitised, with the analogue gauges replaced by a digital cluster with sharp graphics.

It is the infotainment system, though, that really catches your attention. The 11.4-inch Pivi Pro unit is housed in a magnesium frame, and its menu layout is intuitive.

Though not as showy as the panels in a Mercedes GLC, Jag’s new dashboard layout still looks good and is comparable to the one in an Audi Q5. The F-Pace’s instrument cluster also looks much better than the one in a BMW X3.

Other key enhancements include a new steering wheel (identical to the one used in the I-Pace) and the use of lighter coloured materials to lend the space more airiness. Oh, and the new gearshift lever/toggle works better than the previous dial. 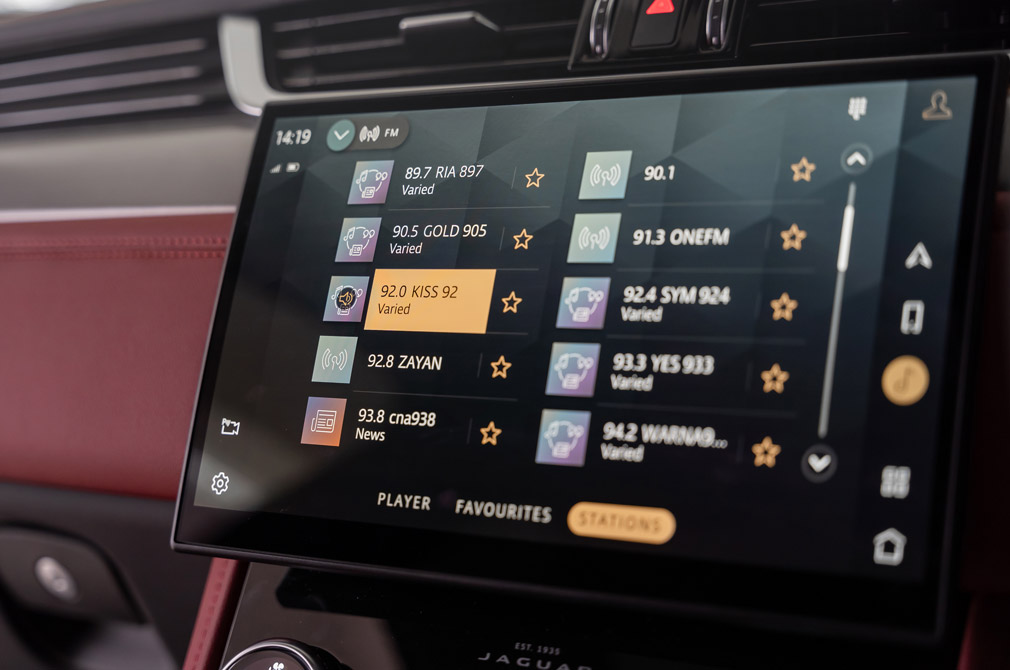 Performance is something that the Jaguar F-Pace always had, so it is good that this characteristic has remained unchanged. And this is where it differentiates itself from its direct competitors, because the F-Pace actually has nicer handling.

So, if you like driving, the F-Pace would be more to your liking. It reminds me of the last-generation X3, which despite being all-wheel-drive, felt like a rear-wheel-drive and had a communicative chassis.

That’s comparable to an X3 xDrive30i, which has similar outputs but is quicker, at 6.4 seconds. 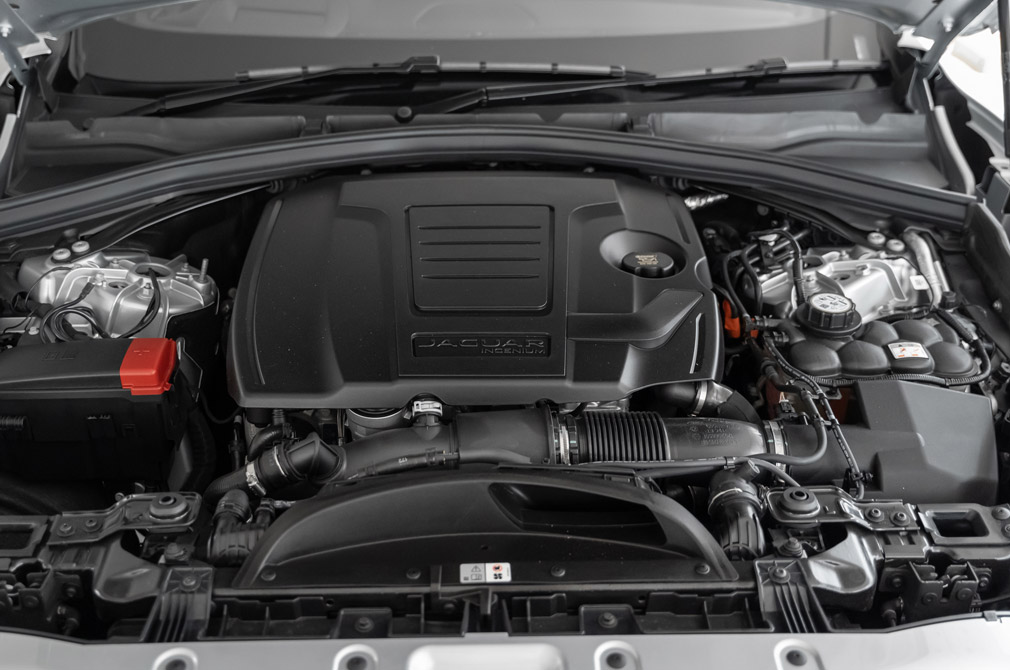 Straight-line speed only tells one part of the story, though. The Jaguar F-Pace feels more incisive than its rivals, and as the driver, it’s nice to feel more dialled in.

It is more confident when tucking its nose into corners, and leans less, too. Despite this, the ride remains comfortable enough, despite the dampers being firm-ish.

There is some weight to the steering, too, which was a nice surprise. Of course, more feedback could be better.

If there was one thing that could have been improved, it would be the drivetrain’s response when lifting off the accelerator. 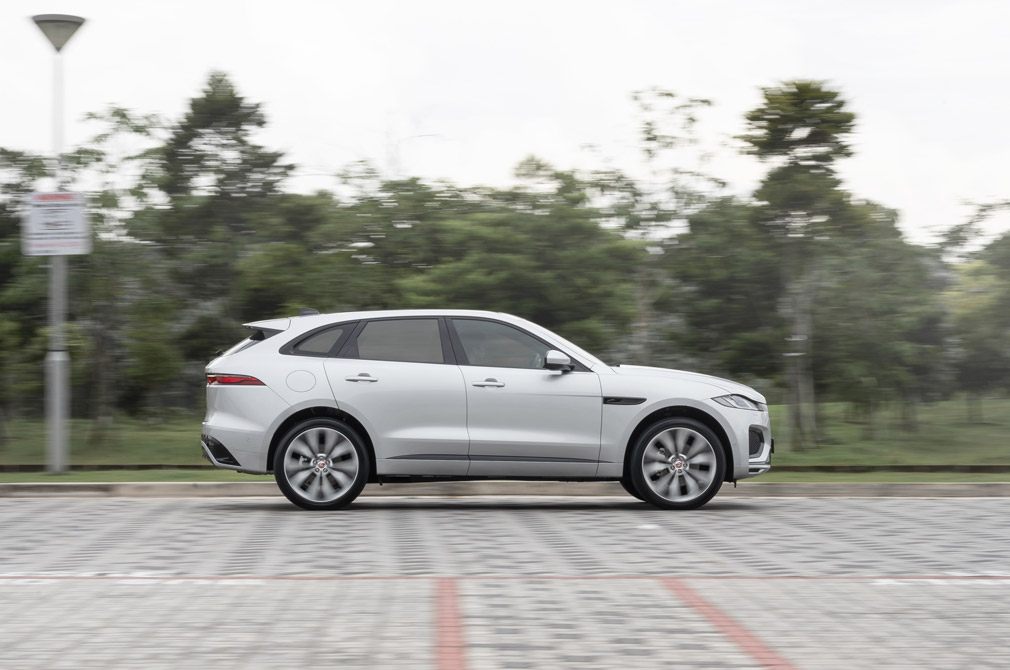 Easing off the throttle should result in the vehicle slowing down due to engine braking, but it actually takes a moment for this to kick in. In the meantime, it feels like the car is coasting. A software tweak would probably solve this issue.

SOMETHING TO THINK ABOUT

The updates to the Jaguar F-Pace have made it more well-rounded and enabled it to offer what most drivers in this segment are looking for.

That means a fully digitised dashboard with a large touchscreen for the infotainment, an interior that feels airier and more upmarket, and more storage space. The handling is another plus, too.

The F-Pace’s only biggest shortcoming is that it remains a left-field choice. But for those who want to stand out in a crowd, that might be the most important consideration of all. 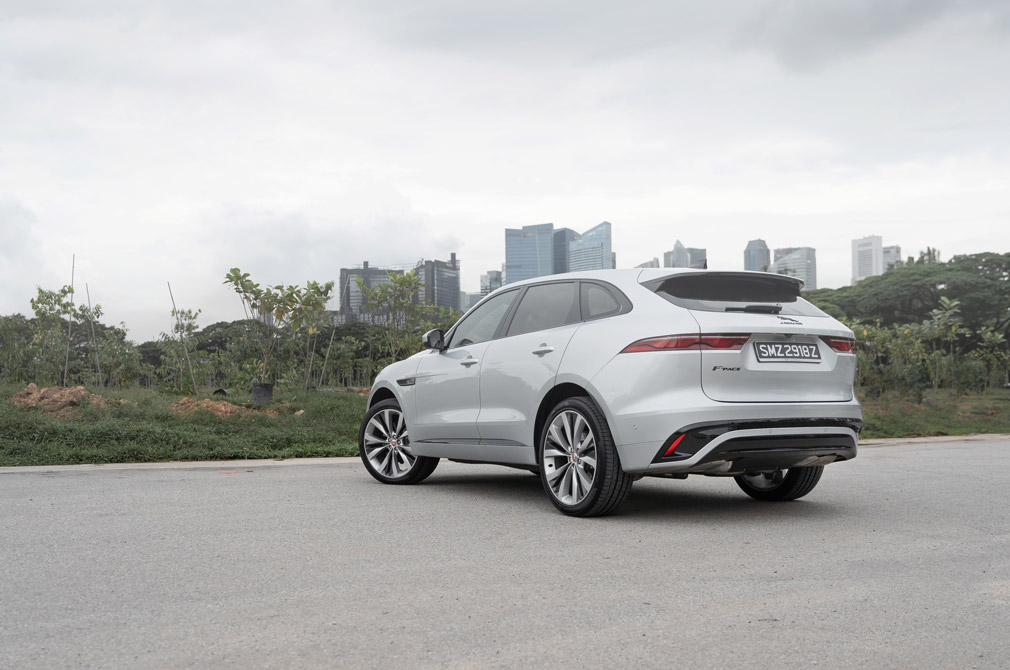