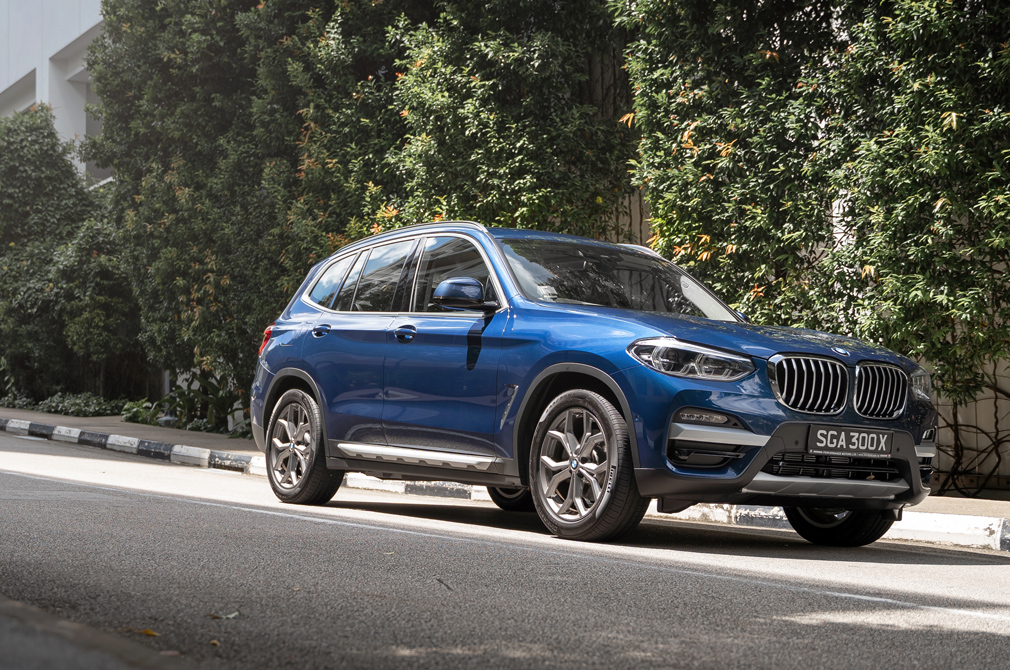 Generally speaking, they want something that’s practical, powerful and useful. The badge must have cachet, too. And in line with modern trends, it should also be eco-friendly.

These days, a petrol-driven model isn’t as desirable as a pure electric one. But an electric one isn’t attractive either because the charging infrastructure in Singapore – especially fast chargers – isn’t fully developed.

So, what’s a carmaker to offer buyers seeking such an SUV?

If you are BMW, you whip out something called the X3 xDrive30e. 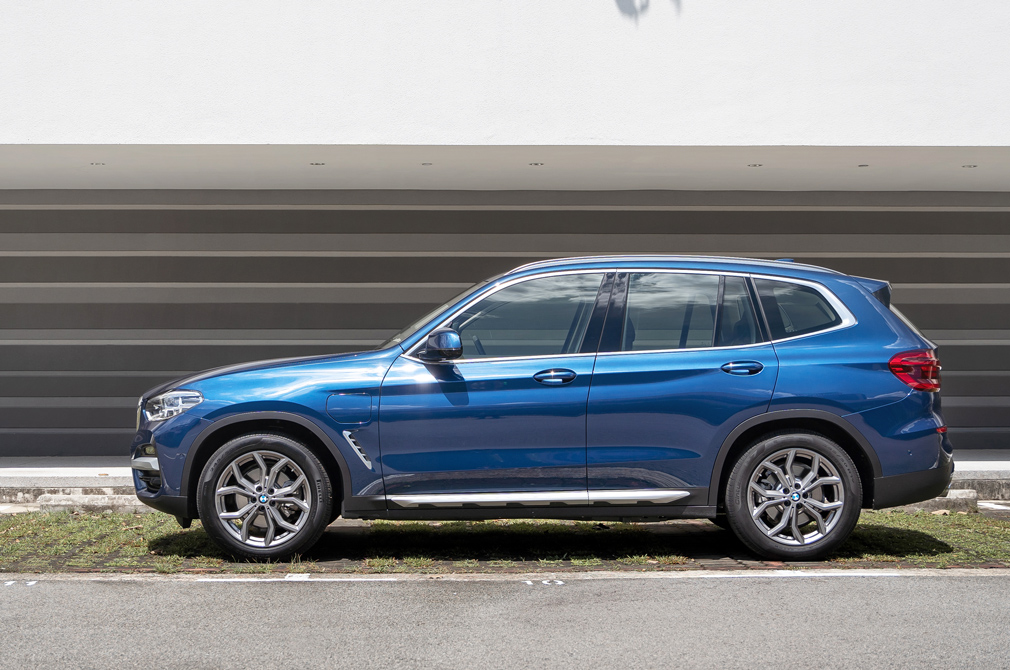 The BMW X3 xDrive30e is the plug-in hybrid variant in the X3 range.

It has a petrol engine, but it’s also equipped with an electric motor and a small battery pack.

A plug-in hybrid is more powerful than a regular hybrid, and can run on electric power alone for longer distances.

And as its name implies, it can be plugged into a charging station to recharge its battery pack.

But even if you don’t plug in the BMW X3 xDrive30e, its batteries can still be replenished.

The engine acts as a generator, and the energy captured from braking and deceleration is converted to electricity to recharge the lithium-ion batteries. 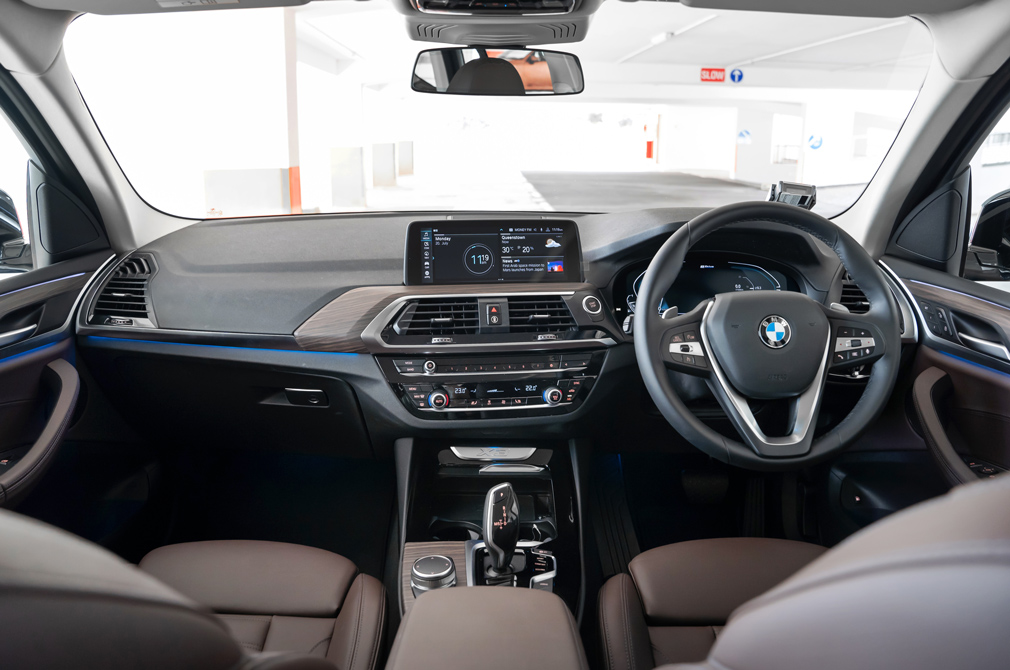 This SUV isn’t just about helping save the planet, though. It’s also about delighting the driver behind its wheel.

Under its bonnet is a turbocharged 2-litre inline-4 with 184hp and 300Nm. This engine is paired to an electric motor that produces 109hp and 265Nm.

Together, both systems deliver 292hp and 420Nm to all four wheels via a smooth-shifting 8-speed automatic gearbox.

BMW says the X3 xDrive30e has a combined consumption figure of 2.8 litres per 100km, or 35.7km/L. On electricity alone, it offers between 51 and 55km of range – enough for most to go to and from the office. 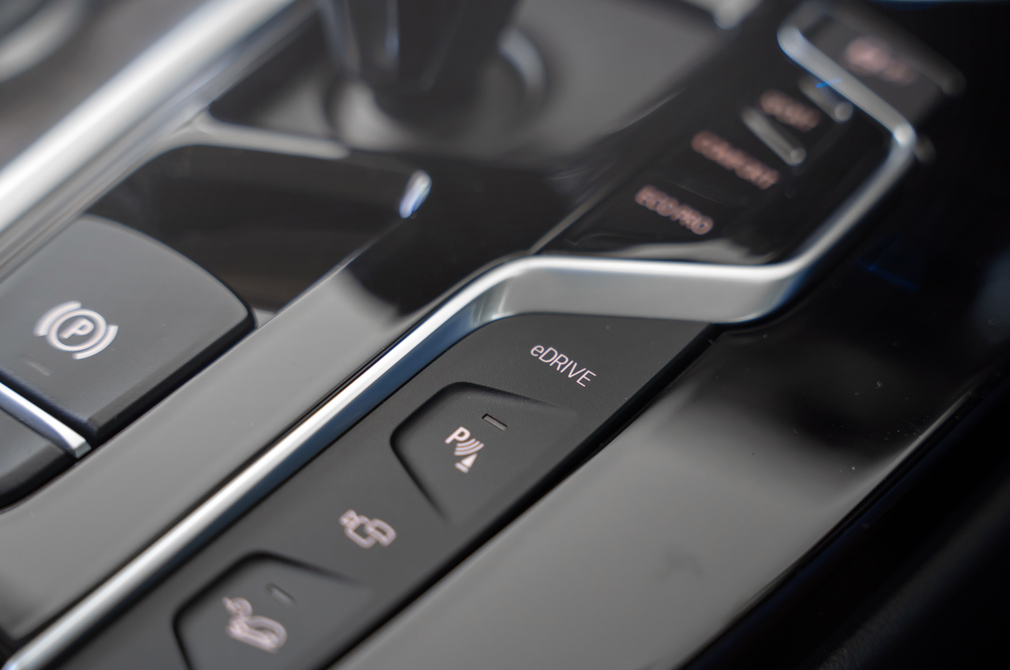 Over a six-day drive, I easily managed around 40km per trip on electric power alone. With the eDrive mode set to “Auto” and the engine kicking in every so often, I was averaging 12km per litre.

More enthusiastic driving saw this figure drop to around 11.2km per litre (and perhaps even less). That may not sound great at first, but remember, this is a two-tonne SUV with nearly 300hp and all-wheel-drive.

If you’re running late for a meeting, the X3 xDrive30e’s considerable outputs can hasten your journey. Nail the accelerator pedal to the floor, and zero to 100km/h whooshes by in 6.1 seconds.

There’s plenty of mid-range poke as well. Need to accelerate from 60km/h to 90km/h? The plentiful torque reserves can send the car surging forward, even in sixth gear. 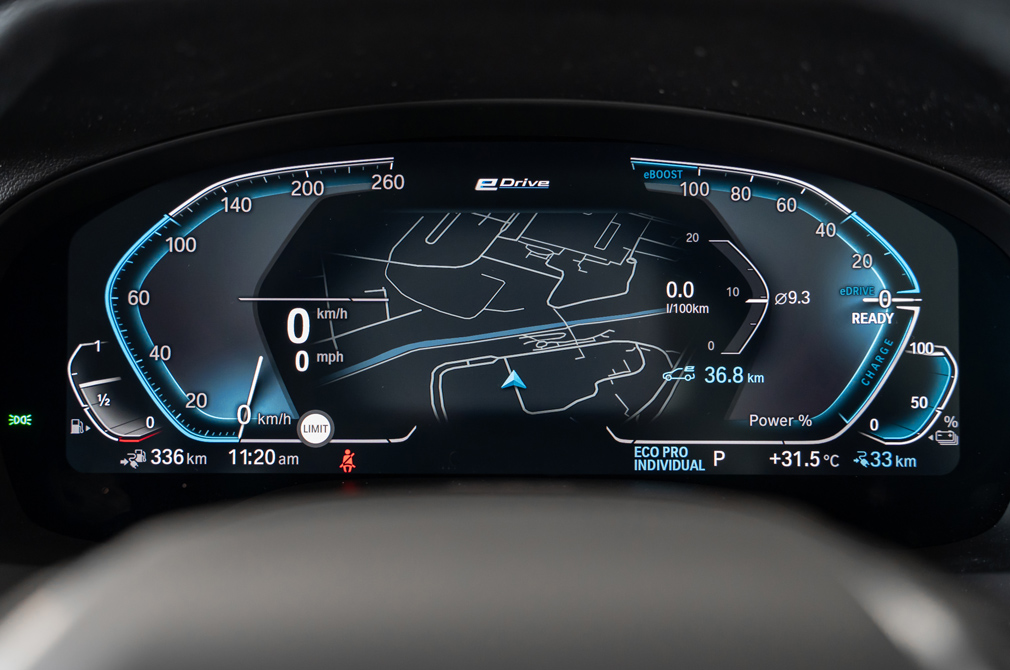 Like all BMWs, the X3 xDrive30e comes with its usual array of drive modes, such as Eco, Comfort and Sport.

As a plug-in hybrid, it also has three unique modes that are selected via the eDrive button: Max eDrive, Auto eDrive (the default setting) and Battery Control.

In Max eDrive, the X3 maximises the use of the lithium-ion battery to deliver emissions-free performance. Auto eDrive is similar, but the petrol engine kicks in under high loads or when more power is needed.

Battery Control charges the batteries up to the point chosen by the driver. If you set this to 100%, the engine will run until that point is reached. The energy can then be stored for later use. 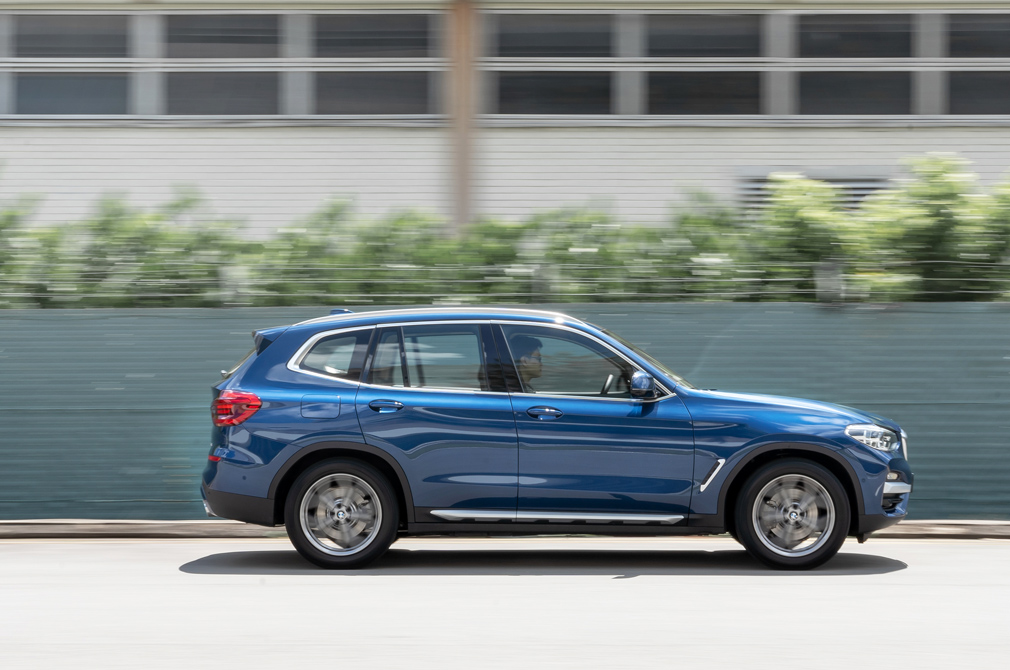 The BMW xDrive30e isn’t without its drawbacks. For instance, because of its heft, the handling isn’t particularly pleasing.

Now, you might argue that folks who buy this car aren’t looking for that. Fair enough. But it’s hard for me not to recall the previous X3. In xDrive35i trim, it felt like a responsive rear-wheel-drive car.

Although the BMW X3 xDrive30e can be quick, its weight keeps it from being nimbler. Instead of giving me more confidence to push it in corners, it mostly feels big and luxurious, which again is what most of its potential buyers will expect.

Then there’s the charging bit. Provided the batteries have plenty of juice left, this SUV runs on electric power alone. That’s great news, for the X3 will be at its quietest and smoothest.

However, since the range is limited, it’s best to plug in the X3 to recharge its batteries. And ideally, you do this every day. If not, you’ll be relying primarily on the engine, which defeats the purpose. 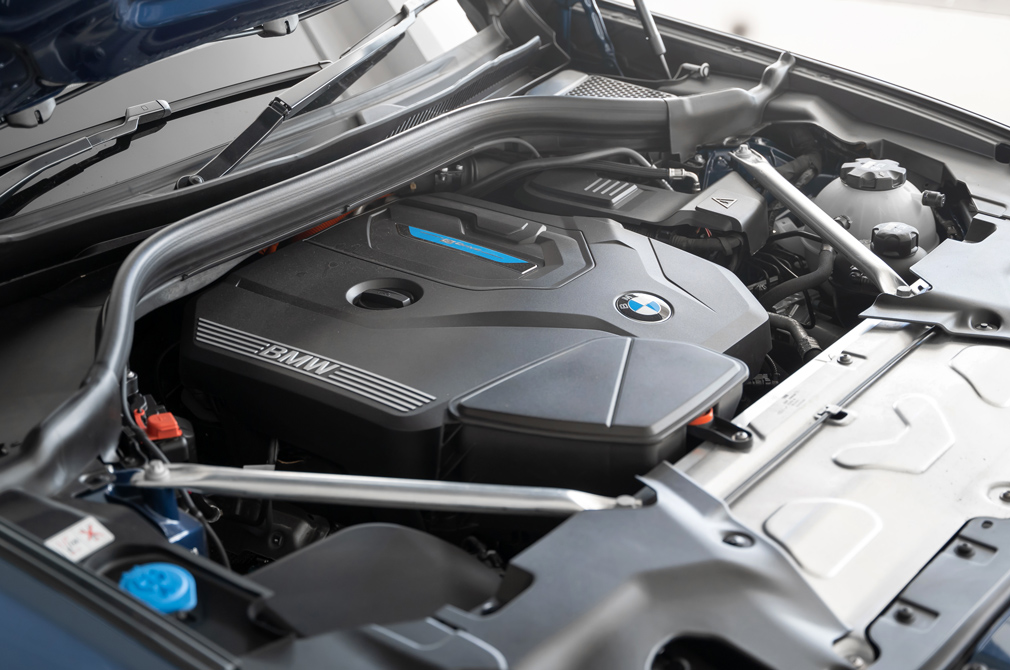 WHO IS THIS SUV FOR?

In many ways, the BMW X3 xDrive30e brings together the best of the petrol and electric worlds.

You’re not obliged to charge it if you don’t want to, or have no access to a station. Yet range anxiety will never be a problem since it runs primarily on petrol.

And when you do want to charge it, charging times will be short since the battery’s 12kWh capacity is much smaller compared to the ones in pure electric vehicles. With a BMW i Wallbox, the batteries are recharged in 3.5 hours.

The BMW X3 xDrive30e is worth considering if you’re seeking an eco-friendly SUV that’s also relatively sporty. If you have convenient access to charging points at your residence or office, it’s an even more compelling choice. 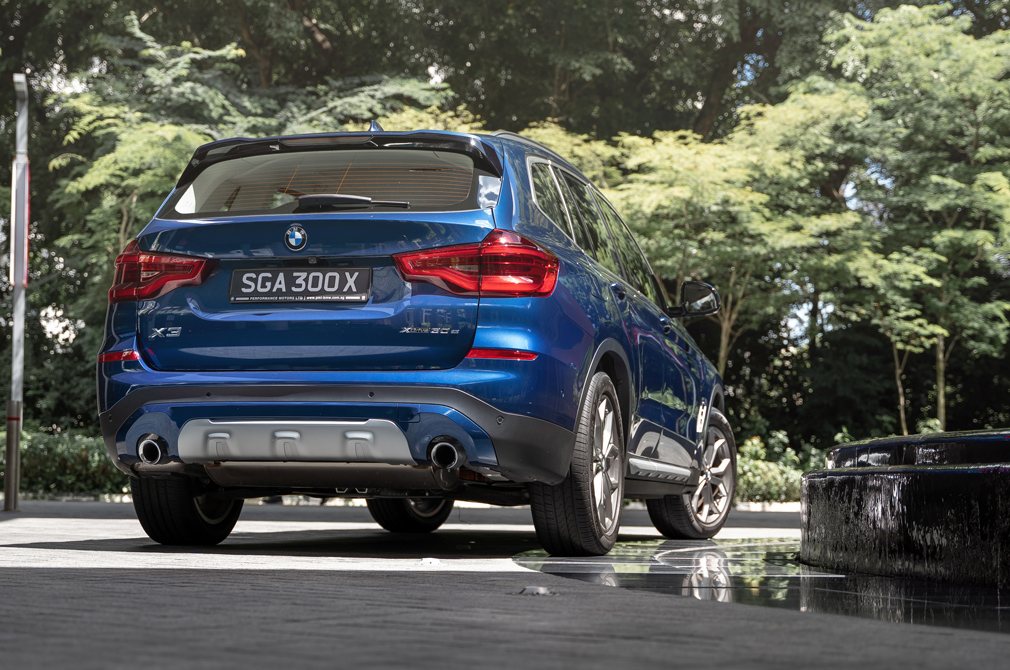 Want an X3 with more bite? Read our BMW X3 M review here
Read about the Nissan Kicks e-Power, an eco-friendly crossover you don’t have to charge