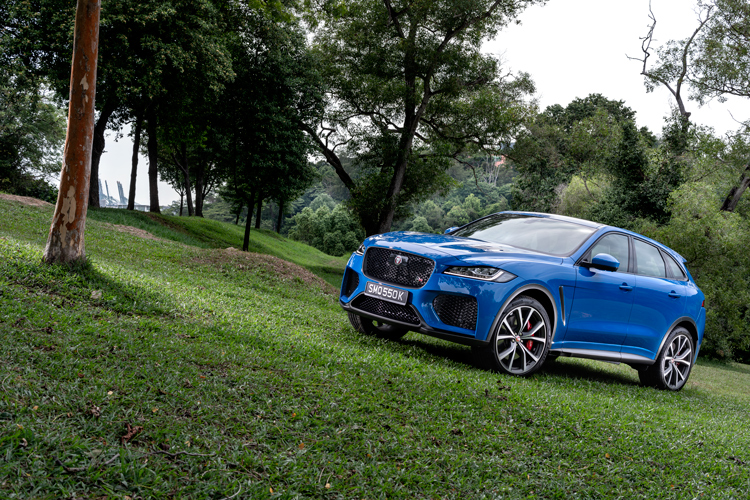 I’ve been told on many occasions that petrolheads are hard to please. We like cars that the majority of motorists don’t. We hanker after machines that won’t make carmakers money.

We’re also picky when it comes to components such as drivetrains, handling and tyres.

If somebody told me that my next test-drive would involve 550ps and 680Nm, I’d be distracted.

In fact, I’d drop whatever I was doing right there and then.

And if I was told that the car in question can hit 100km/h in 4.3 seconds, I’d be picturing a powerful coupe or saloon. 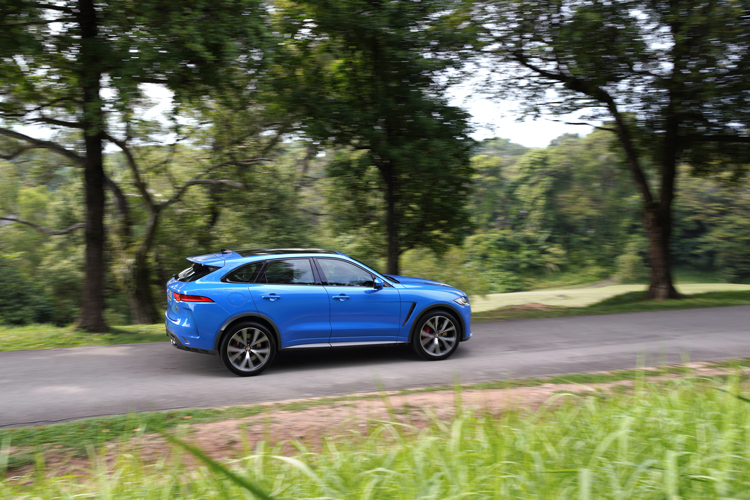 However, in this instance, there was no sports car waiting for me. Instead, it was a Jaguar F-Pace SVR, a two-tonne five-seater SUV. An SUV is the last vehicle that an enthusiast would ever hanker after.

But before I could utter a word in protest, the marketing exec showing me the car said: “So, the Jaguar F-Pace SVR has a 5-litre V8. It’s supercharged.”

I tried to look as composed as possible. In reality, my pulse had quickened, and my head was spinning. I probably had a stupid smile on my face, too.

Suddenly, the burly body didn’t matter. The F-Pace SVR has a V8, and that’s what matters.

It’s all that matters. Because in a world where even small turbocharged engines still aren’t “small” enough, a V8 is a rarity to be feted. 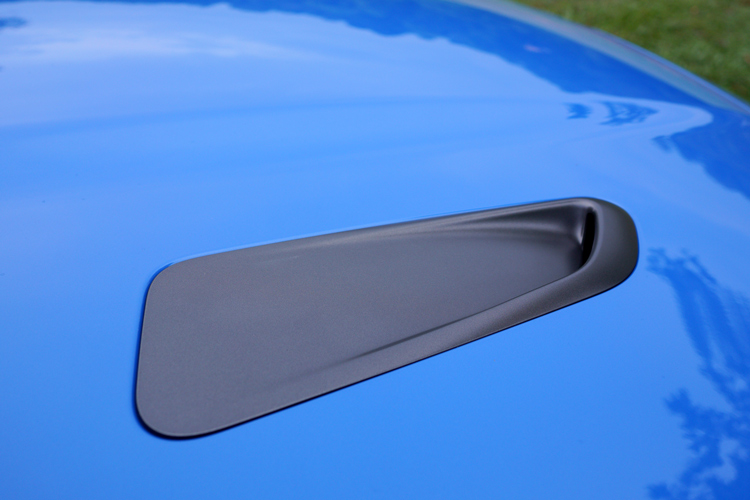 Of course, the Jaguar F-Pace SVR has other go-faster components. There are huge air intakes and bonnet vents to help cool said V8. There are fender vents to reduce lift, too.

Even more eye-catching are the optional 22-inch forged wheels (forged 21-inch wheels are standard). Behind them lurk big brake discs, 395mm up front and 396mm at the rear.

The Jaguar F-Pace SVR’s interior got my attention as well. Sports seats both front and rear reflect this SUV’s character and intentions. 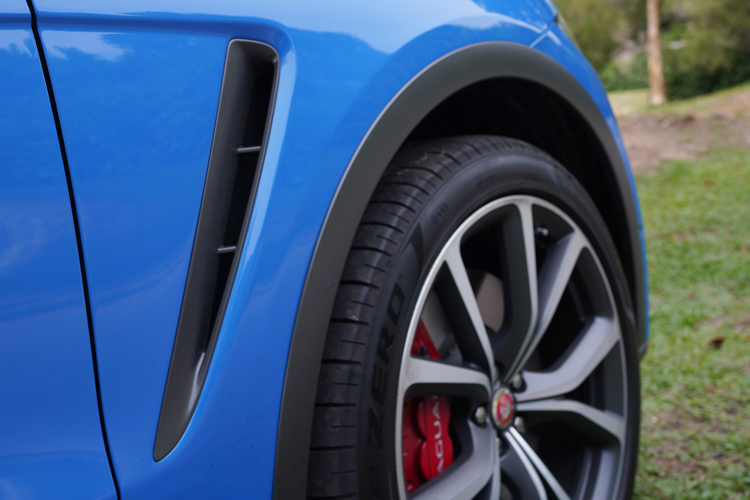 Those intentions will be clearly heard the moment you start the engine.

Before you do, press the ignition button first and put the F-Pace SVR in Dynamic mode. Then, open the exhaust valve by pressing the button near the parking brake. Said button looks like it has a pair of binoculars on it.

Then fire up the motor.

The guttural roar is unmistakable. Any petrolhead within earshot will know that a V8 just came to life. And it has awakened with an insatiable hunger. 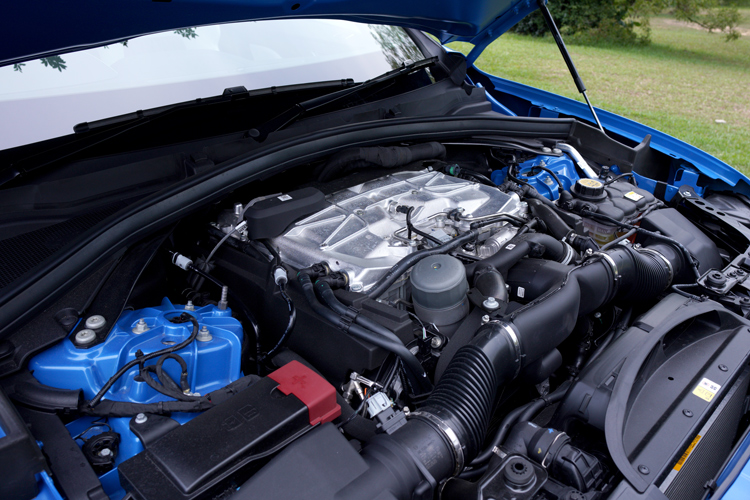 Supercharged V8 kicks out 542hp and 680Nm, and demolishes the century sprint time in 4.3 seconds.

Yes, the Jaguar F-Pace SVR has an immense appetite. It wants to unleash its supercharged horses so that it (and you) can devour roads. It wants to consume “lesser” sports cars and hot hatches.

And yes, it sometimes feels like it also wants to eat a lorry or two.

You’ll only be happy to oblige it, for the car makes the most stirring sounds. It growls and roars. Bury the throttle and suddenly lift off, and an endless succession of pops blares from the quad exhausts on the overrun.

It sounds like the automotive equivalent of a machine gun.

Jaguar has fettered with the F-Type SVR’s suspension components to enhance its handling vis-à-vis its regular siblings.

The front and rear springs are 30 percent and 10 percent stiffer than normal. The anti-roll bar supposedly lessens body roll by an additional 5 percent.

In spite of these improvements, the ride quality is surprisingly cushy. The Range Rover Sport SVR, which has the same drivetrain, is decidedly firm, despite having air springs.

So, is the Jaguar F-Pace SVR any good in corners? On local roads, the turn-in doesn’t feel as crisp as expected. Perhaps its needs to be pushed harder. 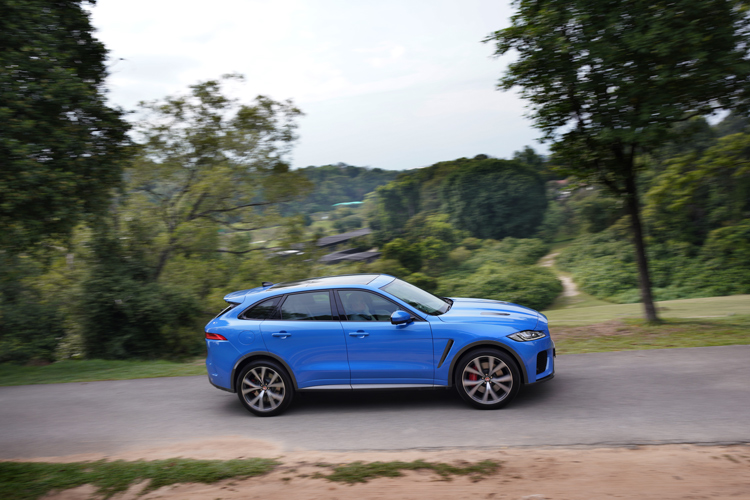 Maybe it’s just the heavy V8 blunting the nose. If you want something nimbler, consider a Porsche Cayenne.

What the Jaguar F-Pace SVR needs is better steering. You’d expect the helm to feel progressively weightier at speed, and as you wind on more lock during turns. But it remains light, which doesn’t inspire confidence.

If you accidentally put on more lock in a turn, will the SUV oversteer? Will you end up over-correcting if you can’t hold your hands still? The V8 soundtrack, as titillating as it is, doesn’t drown out these thoughts.

Fortunately, the brakes are very capable of stopping this SUV. But given the Jaguar F-Pace SVR’s heftiness, late braking is not recommended.

WHO IS THE F-PACE SVR FOR?

An enthusiast who wants something different. Although his or her fellow car lovers probably won’t understand why he or she chose an SUV.

The Jaguar F-Pace SVR has a lot going for it. It has an addictive soundtrack, urgent power delivery and relatively smooth ride.

At the same time, it’s also unwieldy. It doesn’t have great steering. And it’s very thirsty. Over three days, it couldn’t even do 5km per litre. 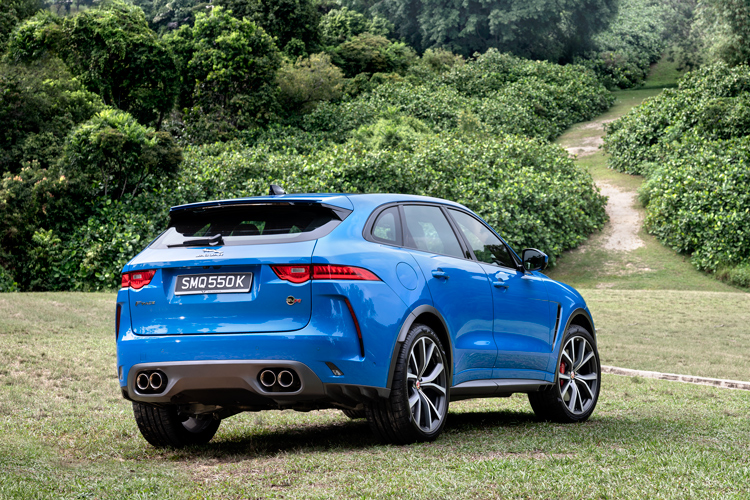 But if you did want a V8-powered SUV now, this is arguably the fastest and most powerful one for under $400k.

The Audi RS Q8 isn’t in Singapore yet. The Range Rover Sport SVR will cost well over $400k. There are no V8-engined Maserati Levante variants here. And a Porsche Cayenne Turbo starts at $607,188 sans COE and options.

But what makes the Jaguar F-Pace SVR so darned irresistible is its glorious-sounding V8.

See? I told you petrolheads are easily tempted. 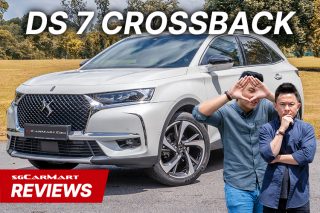 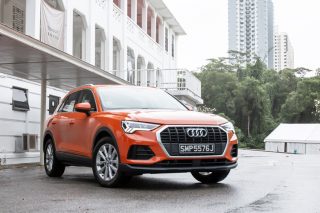