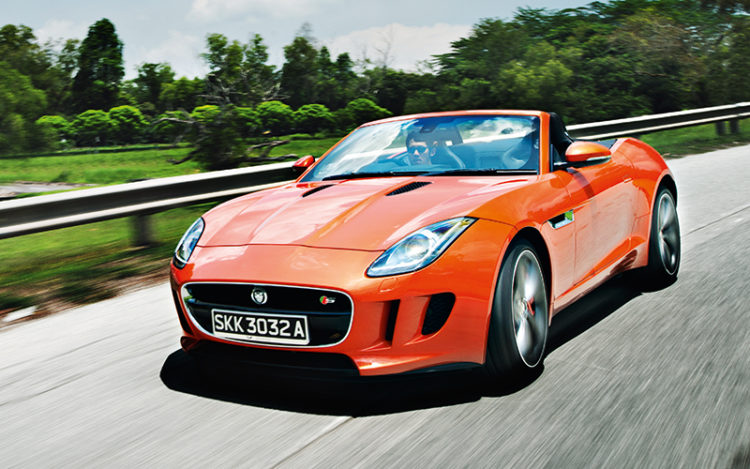 If the way the F-Type (Jaguar’s first truly sporting car for four decades since the E-Type, because the XK doesn’t count, it’s more of a GT) sounds and looks is anything to go by, you should be in for a treat.

Fireworks quite literally happen every time its gold starter button is depressed and the supercharged, 3-litre V6 catches. The engine revs up to around 4000rpm, accompanied by a visual flourish from the tachometer and an audible one in the form of a backfire crackle from the centrally mounted twin tailpipes. 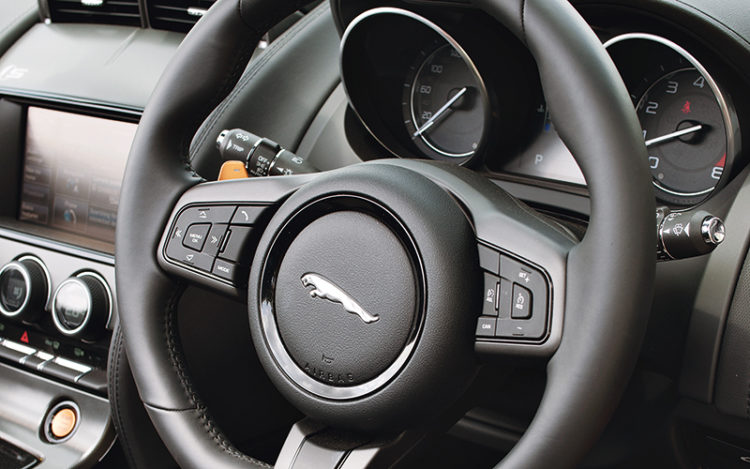 Those stainless steel exhaust pipes, which could easily pass for some serious anti-tank weaponry, imbue the F-Type with a metallic, racecar-like bark. On that note, the F-Type can almost rival a racecar for the sheer decibels it’s able to muster.

It’s difficult to state on paper exactly how loud the F-Type is, but let’s just say that charging into your neighbourhood late at night isn’t something we’d recommend (unless, of course, you have a particular dislike for your neighbours). 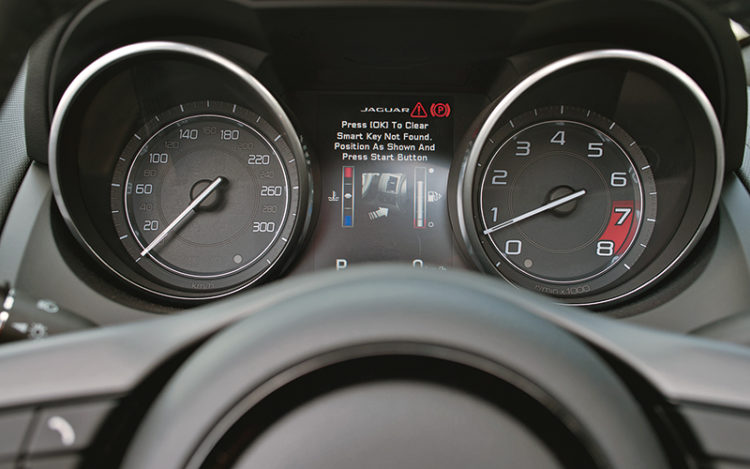 But even if you’re on relatively cordial terms with them, we wouldn’t entirely blame you for driving everywhere like a lunatic in the F-Type, because the V6’s scream is just that addictive. That exhaust note even has a hint of supercharger whine thrown in for good measure.

We also wouldn’t hold it against you if you spent long periods just admiring its lines, especially the upward swoop of its rear haunches that call to mind the E-Type.

Gold accents add to the drama, but some switchgear is flimsy and plasticky.

And we certainly wouldn’t hold it against you if you allowed yourself a little self-satisfied smile as admiring onlookers snapped photos of it. The F-Type is, after all, an achingly beautiful thing, as you’d expect the spiritual successor to the E-Type (widely hailed as one of the best-looking cars of all time) to be.

But despite all the sleek curves on offer, the F-Type drives in a manner more befitting its exhaust note. That is, raw, brutish, and more than a little unsubtle. The steering is as meaty as the thick-rimmed wheel and, unlike most modern cars (even the sporty ones), Jaguar has stuck with an old-school, hydraulically assisted setup over an electro-mechanical one.

It has bags of feel and directness, though we did find ourselves wishing for a little more precision and a little less heft. What we couldn’t find fault with is its ride quality.

There’s a little patter over smaller imperfections (due largely to the monstrous 20-inch wheels), but on the whole, you could easily do some serious, long-distance touring in it and not have to visit a chiropractor afterwards. 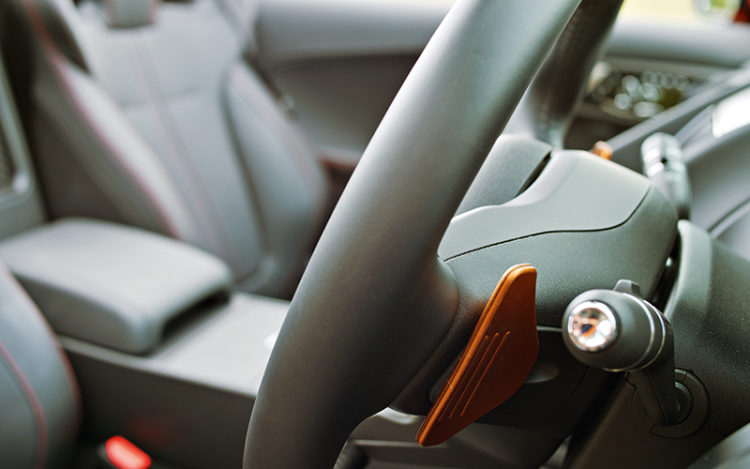 On the way, you might as well bludgeon some winding back roads into submission with it. And we do really mean bludgeon, because extracting the maximum from the F-Type requires a sort of heavy-handedness, in contrast to the measured approach that works best for something like, say, a Porsche Boxster.