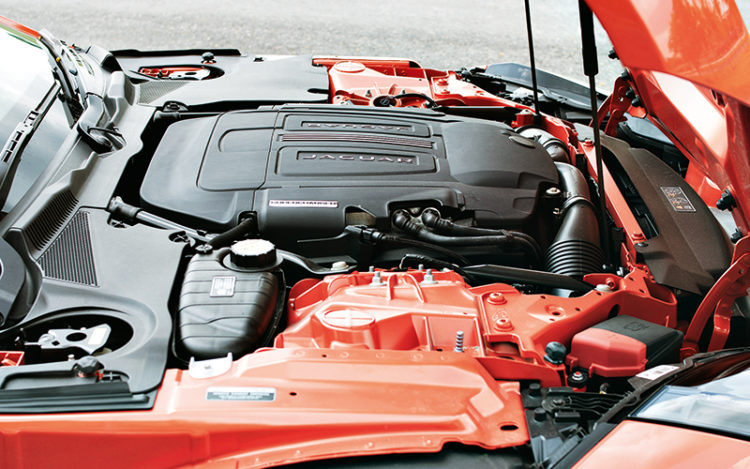 Perhaps the F-Type is most comfortable being treated this way because it’s no featherweight. In mid-range F-Type S guise, it weighs 1614kg, swelling to 1665kg in the range-topping V8 S variant. That’s quite lardy when you consider that Jaguar makes so much of the entire car, including its “skin”, with aluminium and an “obsessive attention to detail”, such as managing to save 2kg from the induction system. For context, this F-Type weighs nearly 300kg more than its key rival, the Boxster S.

But while its relatively high weight is palpable, especially while executing rapid changes in direction, the F-Type is simply begging for a thrashing. 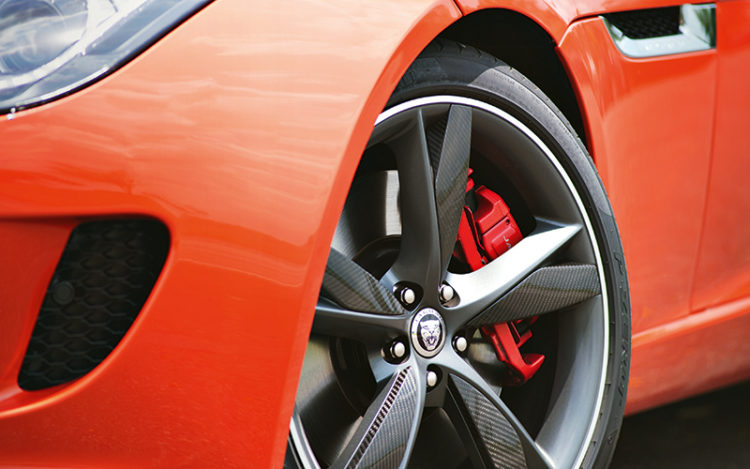 Brake late, turn in hard and come on the power early, all the while putting faith in the chassis’ natural balance, limited-slip differential, stability electronics and prodigiously wide 295-section rear tyres to keep you on the straight and narrow.

However, that wild-eyed aggression puts the F-Type slightly at odds with its gearbox, an 8-speed automatic from ZF. Make no mistake – it’s impressively direct, and when the manual override is engaged, almost pantomime savage (a firm shunt on upshifts and rev-matching blips on downshifts), but left to its own devices, it slurs shifts. Try as it may, it’s still a conventional torque converter automatic, no match for the best dual-clutch transmissions out there, such as Porsche’s brilliant PDK. 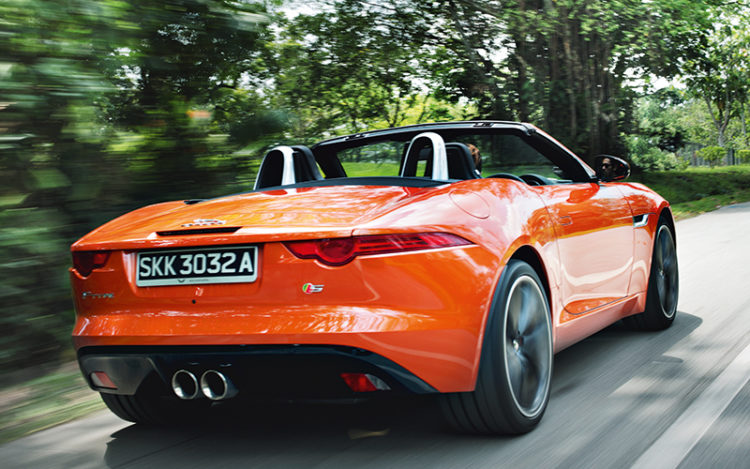 But the thing that might cause potential buyers to think twice when parting with 430,000 of their hard-earned dollars is how the F-Type’s interior quality can’t come close to any of its German rivals.

Most of the switches sound off with a hollow, plasticky click and the archaic adjusters for the wing mirrors are a hangover from a time when Jaguar was owned by Ford. In all fairness, however, this also says much about how far the Teutonic competition have moved the goalposts rather than any glaring flaw on the F-Type’s part. 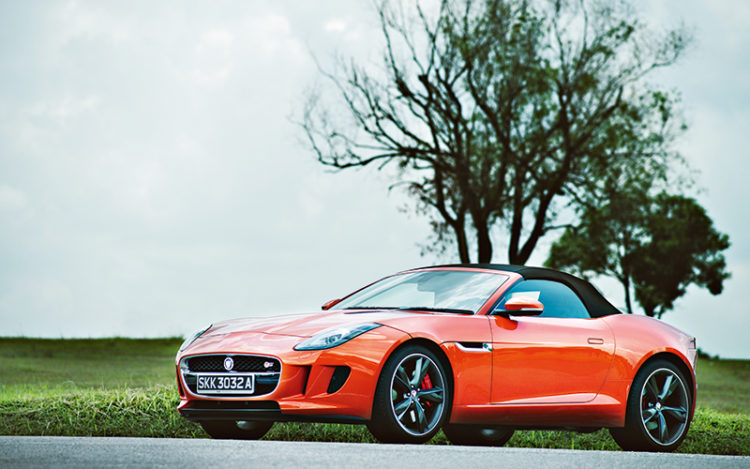 Where it really counts, the F-Type is a triumph, a stunning return to form. It’s proof that Jaguar still can make a fine sporting vehicle despite the four-decade gap, with the F-Type checking all the right petrolhead boxes, from the sensational way it looks and sounds.

If nothing else, then the F-Type succeeds in how it has an uncanny ability to make even the most mundane drives feel like an occasion. After all, a car that can make you want to cook up an excuse to go for a drive (even to the supermarket) must surely be something special.