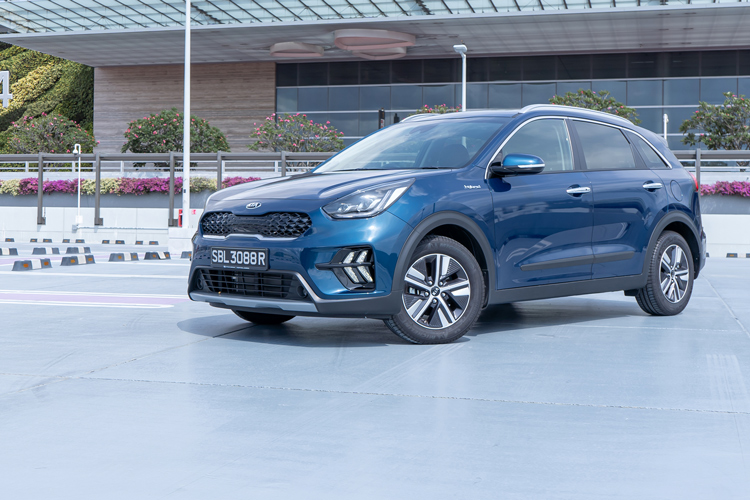 Between the two, discipline is arguably more important.

For instance, giving 100% effort during a workout is great. But not if you only work out once a month. You need the discipline to stick to a regimen of eating right and working out four or five times a week.

Getting the best fuel economy from a hybrid car also requires discipline. You need to drive it efficiently 80 to 90 percent of the time.

That’s exactly what I did for five days with the Kia Niro. 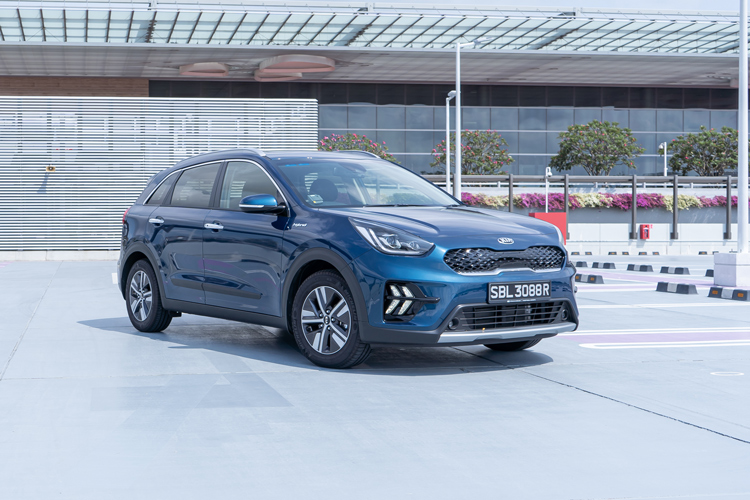 The Kia Niro is not an all-new model but an updated one. It was first launched in 2016, so this facelift is very timely.

This now places the Kia Niro in Category A instead of B. But given the recent COE trend, the difference between the two categories is negligible. 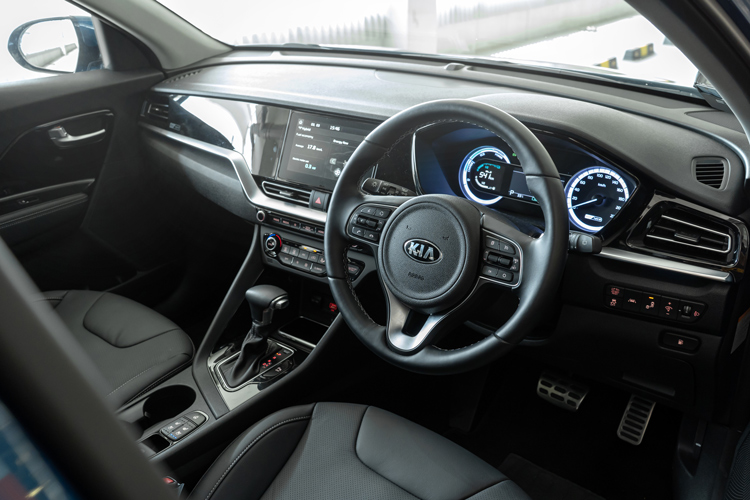 The previous 5-inch infotainment display has been replaced by an 8-inch one. This makes it both more attractive and user-friendly, thanks to the larger real estate.

One of the key additional features is Lane Keeping Assist. It utilises a forward-looking camera that detects the lane markings, and automatically provides steering input to keep the Kia Niro in lane.

The rest of the interior is basically unchanged, since the layout and ergonomics were sound to begin with. 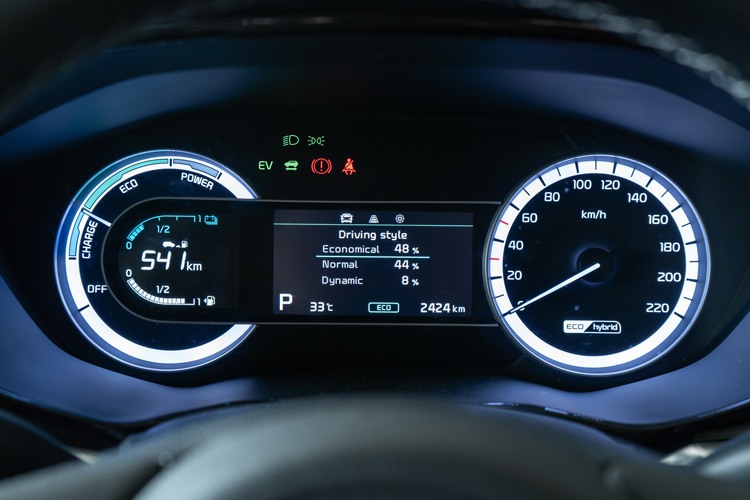 The writer adopted a more economical driving style during his time with the car.

Outward visibility, for one, is helped by the flat dashboard and decent-sized rear windscreen. The Blind-spot Collision Warning adds an extra layer of security, too. Seven airbags are still standard.

Connectivity is excellent. Below the air-con controls are still a pair of USB ports, a 12-volt socket and a wireless charger.

The Kia Niro’s coolest features by far are the ventilated front seats. They provide much-needed respite in this weather. 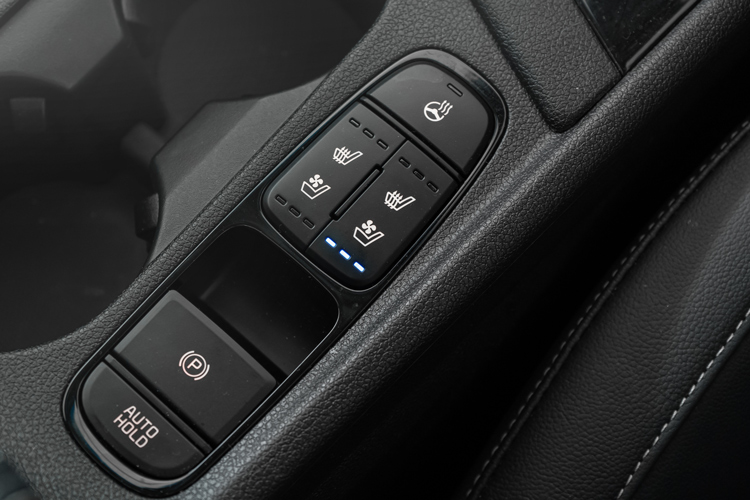 When the blue lights are illuminated, cool air will hit your bum.

Having a cool bum is nice, but what the Kia Niro driver really needs is a cool head. There’s no dedicated “head cooler”, though. But the powerful air-conditioning helps.

That’s because getting the most out of a hybrid requires plenty of discipline and patience.

As a keen driver, I stifled every impulse to stomp on the accelerator. I ignored every inkling to overtake slower traffic. I forced myself to be content to stay in the middle lane.

But it all paid off. On Day 1, I averaged an incredible 22.4km/L. That’s really close to Kia’s stated 25km/L average.

Mind you, that was in peak hour traffic, with mostly stop-and-go city driving. I also kept the air-conditioning on. 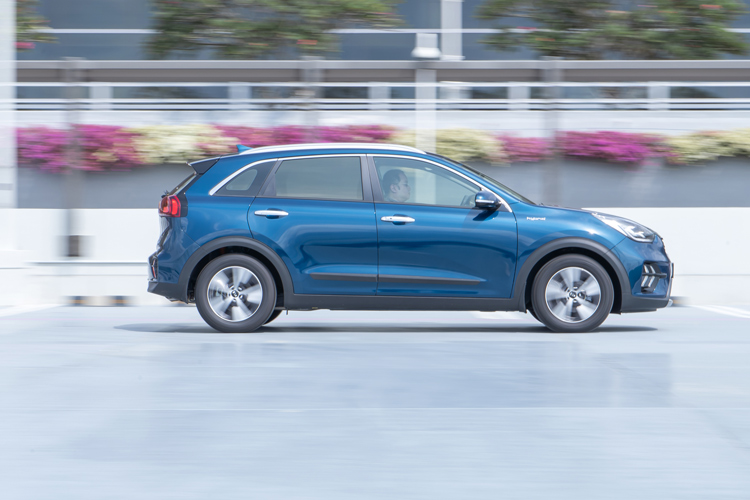 Although I didn’t achieve the same figure again, what I averaged the next four days was downright impressive.

With gentle driving inputs, I managed 20.6km/L. City driving made up 80 percent of my journeys, with expressway cruising making up the rest.

The Kia Niro doesn’t respond well to being driven hard. Force it to corner at high speeds and it won’t just understeer – it’ll dive and wallow as well.

But I don’t take any points away from the Niro Hybrid because of this. After all, the Kia Niro Hybrid is not a sporty crossover. It was engineered for efficiency, not outright performance.

But try as I might, I could not bring myself to like the Lane Keeping Assist function. It is too sensitive and intervenes rather aggressively. Luckily, a press of a button instantly switches it off. 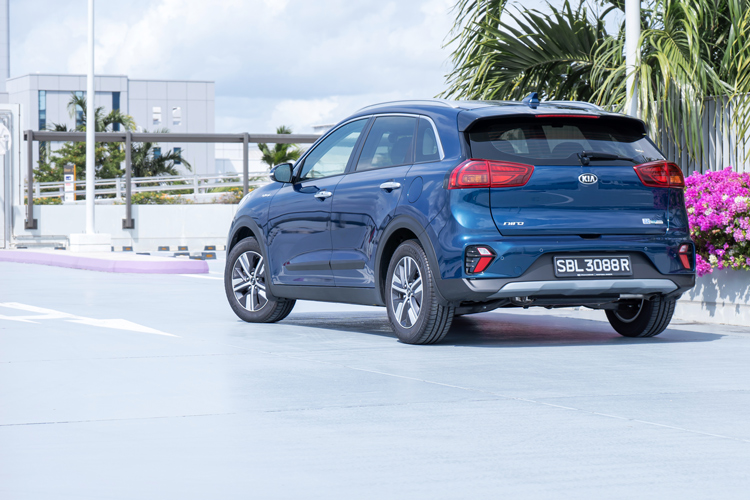 WHO IS THE KIA NIRO HYBRID FOR?

It’s ideal for the disciplined, eco-conscious driver who wants a versatile and efficient runabout. Even I managed 20.6km/L just by driving it gently.

And currently listed at $125,999 for the SX variant, the Kia Niro Hybrid is competitively priced, too.