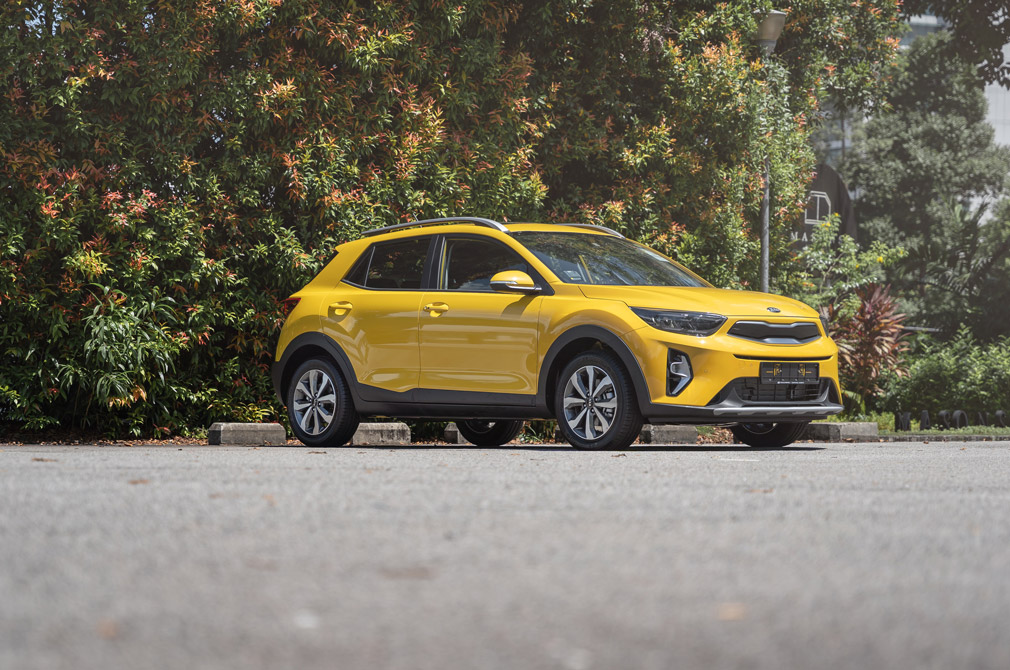 I am no foodie, but the Most Yellow (yes, that’s the official name) paintwork on this Kia Stonic reminds me of mustard.

Mustard comes in many forms and flavours, ranging from smooth to grainy and from mild to spicy. There’s no such thing as the “best” type of mustard. It only matters what you prefer and what you’re pairing it with.

If I were having fries, for instance, I would like smooth mustard with the consistency of ketchup. But if I were eating roast beef, I would want the grainy and spicier type.

In the same vein, there are various drivetrains available for eco-conscious drivers. To use the mustard analogy, the spicy full-flavoured type would be an electric drivetrain. At the other end of the spectrum we have mild hybrid systems, like the one in the Kia Stonic. 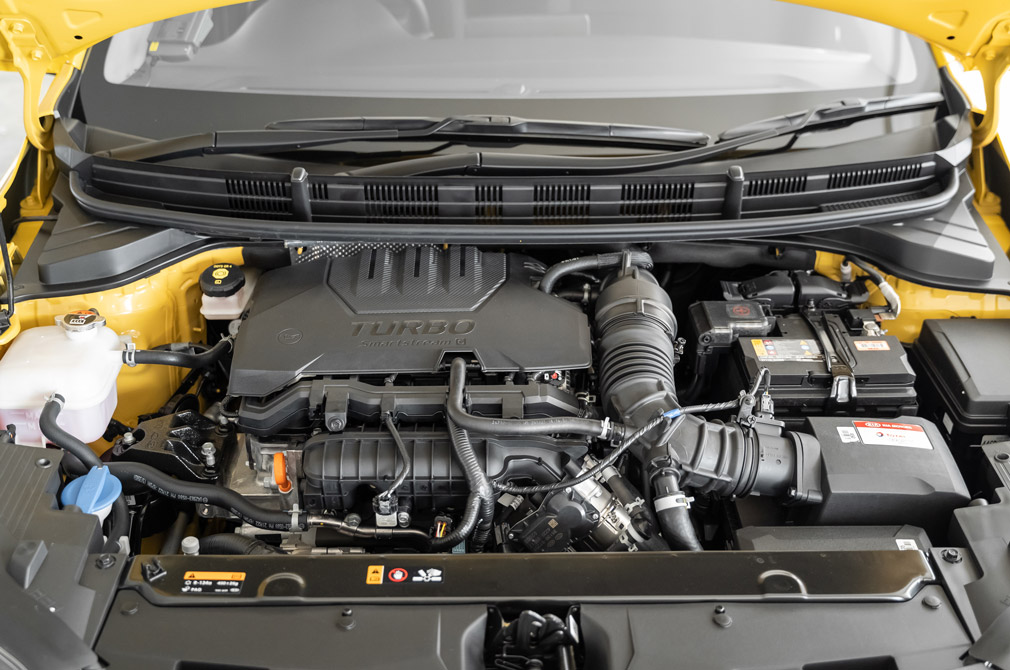 This 48-volt system recovers energy that is otherwise lost during deceleration, stores it, and then uses it to provide extra torque during acceleration.

The system also enables a coasting or “sailing” function. Under certain conditions, the engine will be switched off when the driver lifts his foot from the accelerator. This reduces fuel consumption.

Once power is required, the engine is immediately restarted. The stop-start function in a 48-volt mild hybrid is almost imperceptible, unlike in conventional cars where the restart is usually accompanied by a judder. 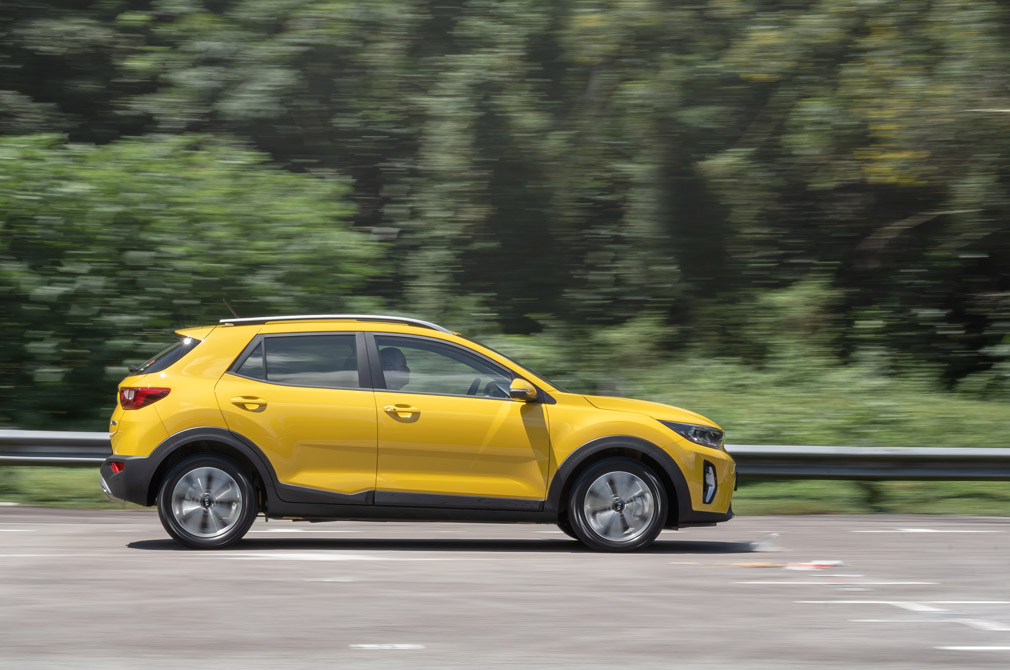 So why is such a system “mild”? Well, it cannot drive the wheels electrically, for there is no dedicated electric motor. At any rate, the lithium-ion battery’s capacity is also too small to power one.

If electric vehicles (EVs) are the most eco-friendly, followed by plug-in hybrids and hybrids, then why bother with a mild hybrid?

Well, full hybrids and EVs are usually costlier. The former has two drivetrains – a petrol and an electric one – while the batteries in the latter usually drive up its price. 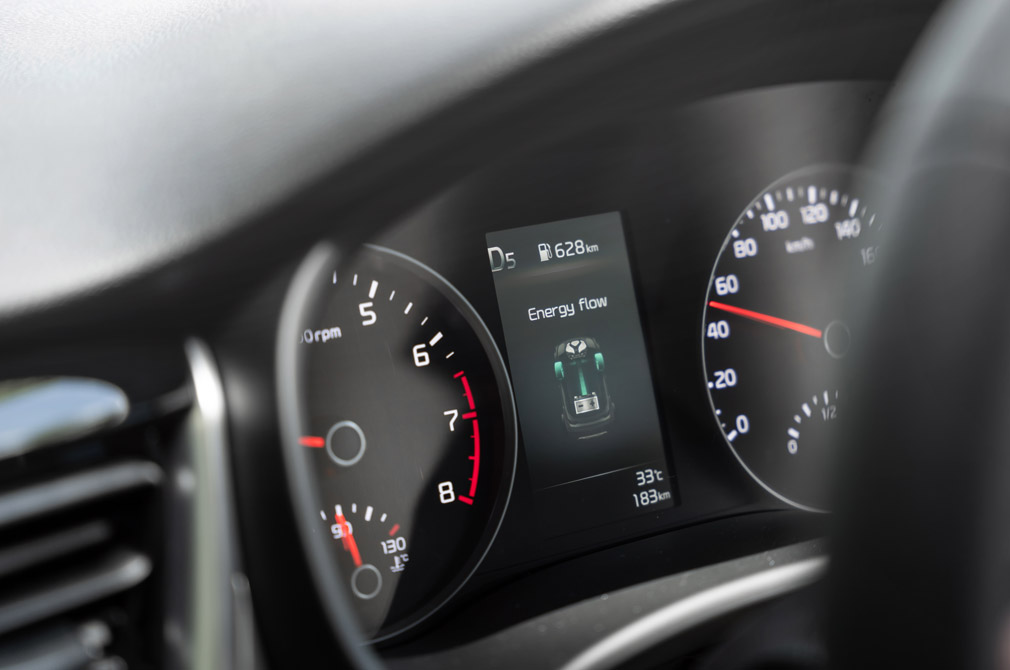 A mild hybrid, on the other hand, is accessible to more drivers. The Stonic M-Hybrid is one of Kia’s entry-level models and at time of writing, starts from $92,999 with COE.

It can average up to 21.3km per litre compared to the non-hybrid Stonic, which averages 18.5km/L.

Over three days of mixed driving conditions (60 percent urban, 40 percent expressways), I averaged just over 16km/L. It may not be close to the official figure, but it is good because I did not have to modify my driving style.

For most drivers, this equates to pushing hard when needed, but just driving “normally” the rest of the time.

In terms of performance, the Stonic M-Hybrid is smoother than the non-hybrid model. Its mild hybrid system can fill any “gaps” in the power delivery, so that the response feels more linear.

The Stonic’s acceleration feels relatively brisk, despite the 10.4-second century sprint time. It gets to expressway speeds quietly, too, without any workmanlike noises emanating from the engine. Chalk these up to the 118hp and very healthy 200Nm produced by the turbocharged 3-cylinder powerplant. The 7-speed dual-clutch gearbox also aids it in this regard.

But the lack of paddle shifters makes using the manual override feature inconvenient, since you have to move your hand to actuate the gearshift lever. In the SX or top variant, they should be standard.

As a compact crossover, the Stonic M-Hybrid is nimble enough. It is easy to handle in the tight confines of a carpark, and a lot easier to parallel park, too.

Following the update, the Stonic’s new features now include a larger 4.2-inch supervision cluster on the instrument panel, and a wider 8-inch infotainment display as well. Apple CarPlay and Android Auto are standard for the latter. 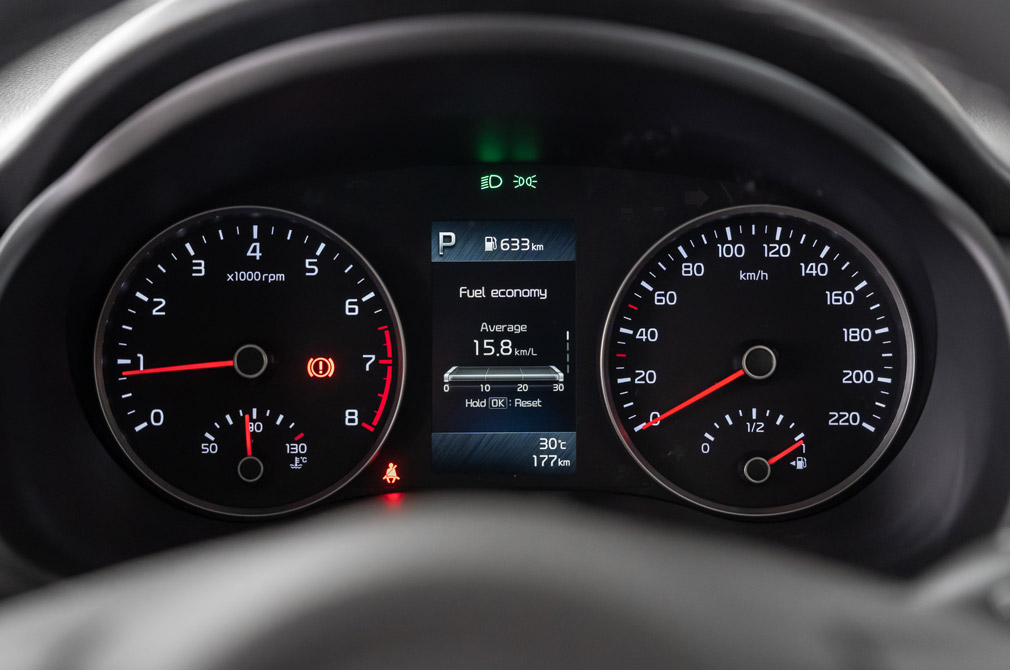 The Kia Stonic M-Hybrid is an entry-level model with a 48-volt mild hybrid system, which makes it unique in its segment.

In terms of price and body style, its closest rivals would be the Suzuki Swift Mild Hybrid and the Mazda CX-3 1.5. The Swift uses a 12-volt instead of a 48-volt system, but claims a higher fuel economy figure. And it also has a larger 1.2-litre engine.

Meanwhile, the CX-3 1.5 does not have any hybrid system, mild or otherwise. But its build quality is arguably the highest of the three.

I would mention the new Honda Jazz e:HEV hybrid, but it has a different body style and commands a $16k premium (at time of writing).

So, in this company at least, the Stonic M-Hybrid has a convincing case to make.

It may not be the “best”, but for a driver who wants an efficient and affordable practical compact crossover, Kia’s mild mustard is certainly a tempting “condiment”. 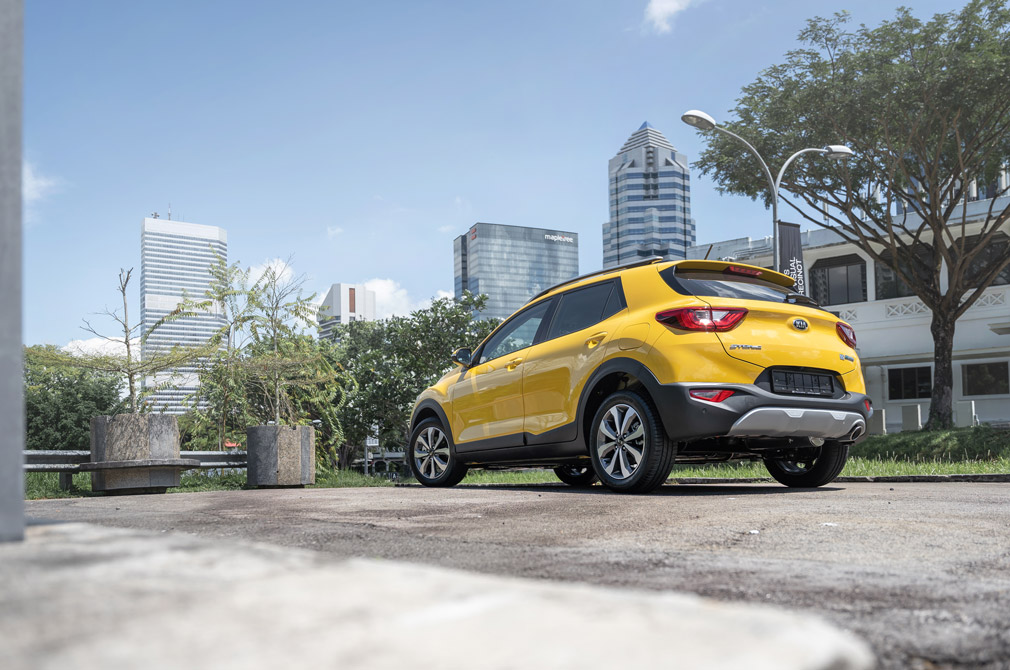