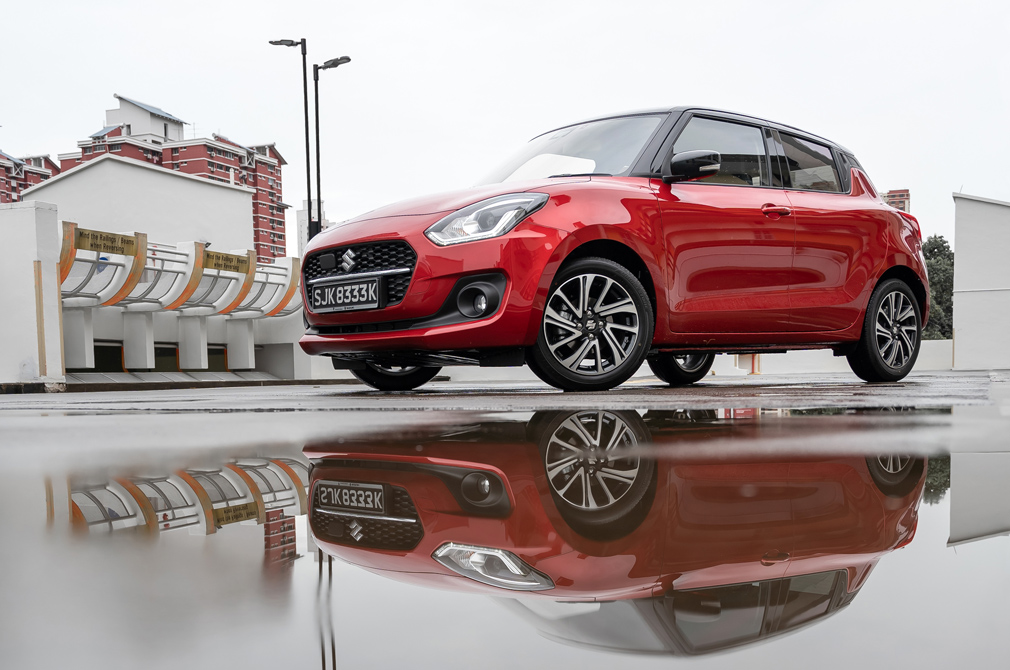 When Suzuki agent Champion Motors launched the previous generation of the popular Swift hatchback in mid-2018, it could not have picked a worse time.

The Vehicular Emissions Scheme (VES) kicked in that year and the car was given a $10,000 pollution penalty. Thankfully it was subsequently retested, placed into the VES-neutral band and the penalty was removed.

The sharp improvement in the car’s eco-friendly credentials came after the powertrain was changed. A naturally aspirated 1.2-litre 4-cylinder engine now powers the car, replacing the charismatic turbocharged 1-litre 3-cylinder unit. And in place of a 6-speed automatic is a continuously variable transmission (CVT). 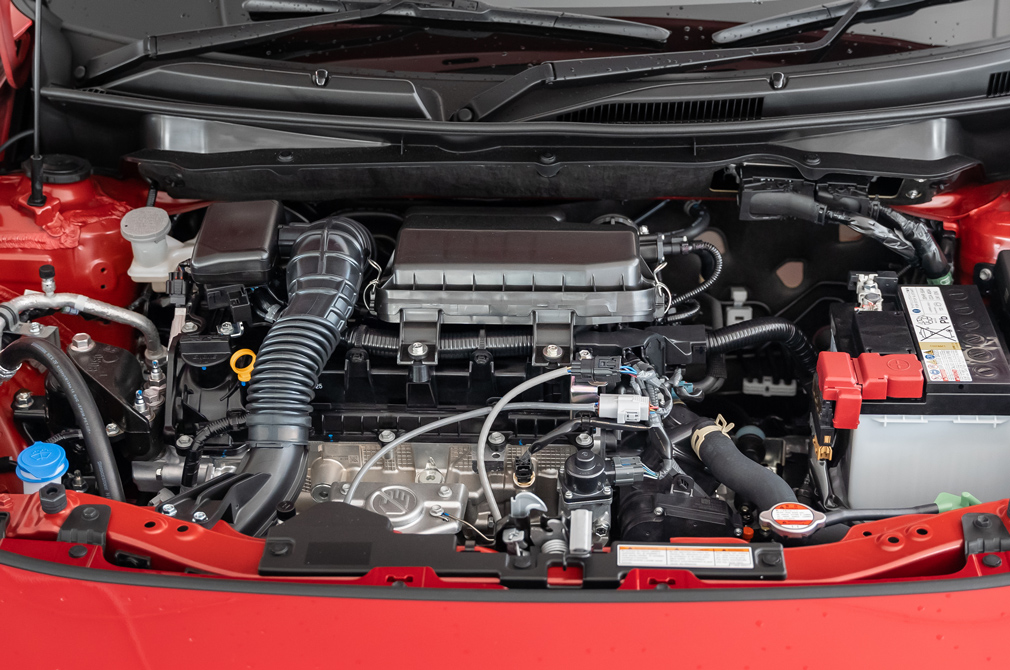 Naturally aspirated 1.2-litre unit delivers 82hp and 107Nm, and a combined consumption of up to 24.2km/L.

MOST EFFICIENT IN ITS CLASS

The Suzuki Swift mild hybrid system recovers energy lost in braking and deceleration and stores it in a 12-volt lithium-ion battery below the front passenger’s seat.

The electrical energy powers on-board equipment and provides a mild shove on acceleration. Stop-start operations are also smooth, thanks to the integrated starter-generator. 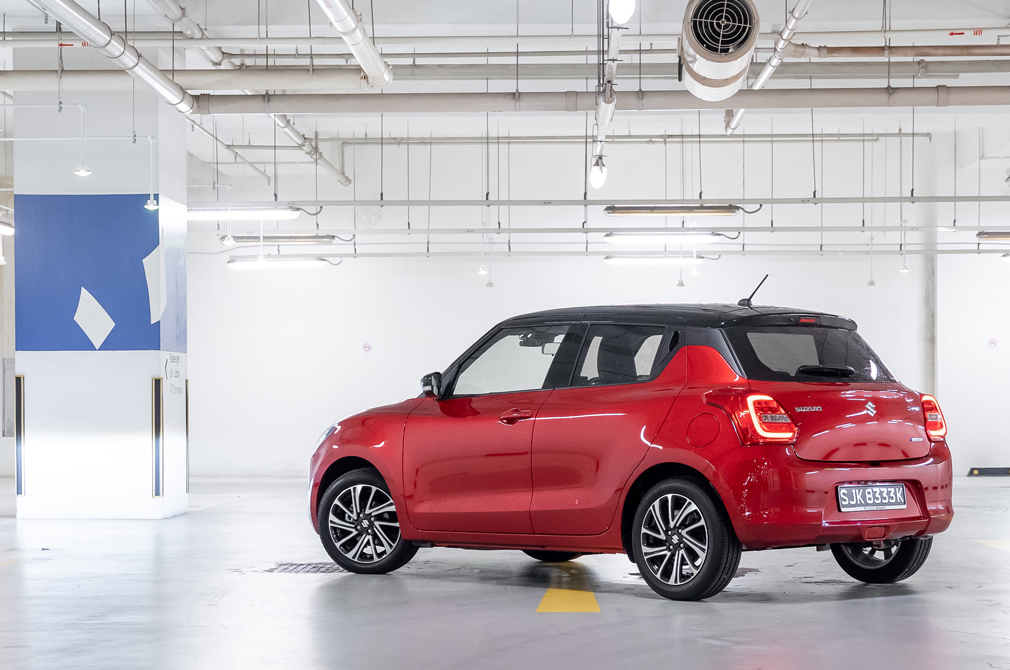 The Swift now gets funkier colour options, including “Flame Orange” with a black roof and “Rush Yellow” with a silver roof. The latter is not to be mistaken with Suzuki’s signature “Champion Yellow”, which is reserved for its flagship Swift Sport.

The other exterior changes are minor. The car gets a new design for the 16-inch sports rims and a redesigned front grille that now has a silver horizontal strip. This adds 5mm to its predecessor’s 3840mm length.

Inside, upgrades include a new 7-inch touchscreen infotainment system compatible with Android Auto and Apple CarPlay. A colour LCD replaces the monochrome one between the speedometer and tachometer. 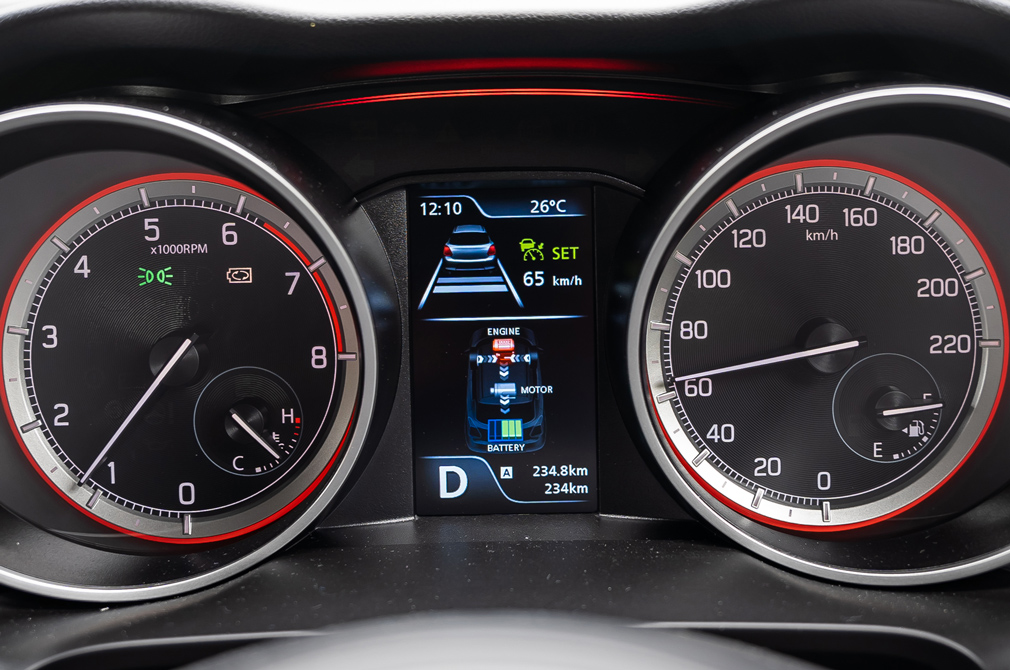 Adaptive cruise control is just one of the many standard features in the new Suzuki Swift.

The refreshed Suzuki Swift now has lane departure warning that is triggered when the car sways sideways, presumably from loss of concentration. There is also pre-emptive braking if the system detects potential collision.

These safety features are based on both camera and lasers, and their performance did not dip during my three-day test drive, which was mostly in rainy conditions.

The Swift’s equipment level, including the safety upgrades, are unrivalled among cars in its price bracket. This makes the car compelling for those who value the equipment and safety features in cars. 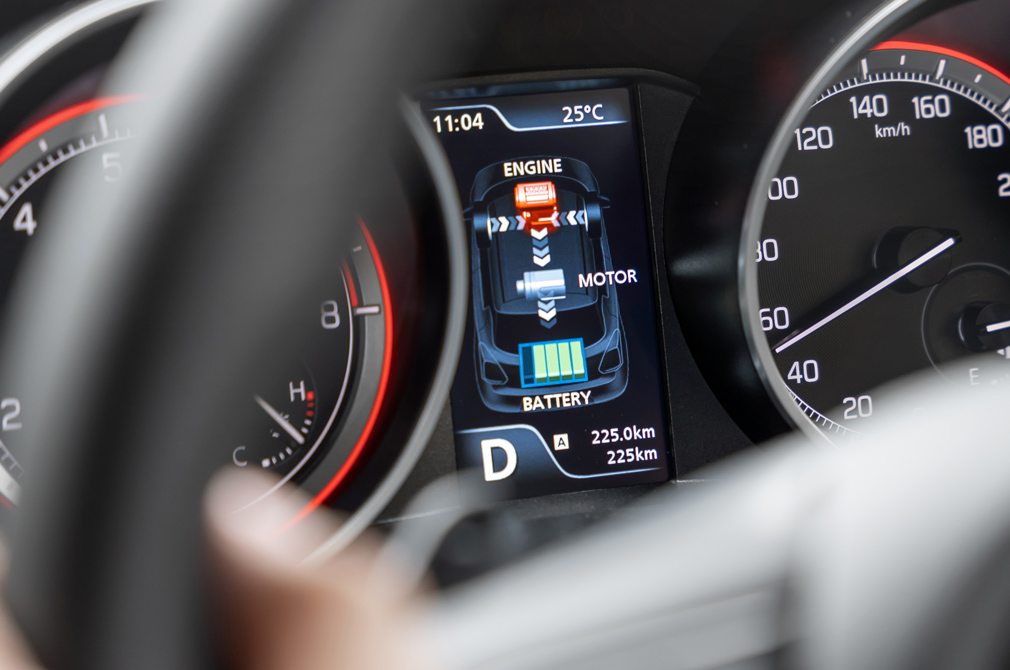 The drivetrain’s power flow is presented via the colour LCD screen.

The Swift has long been favoured for its go kart-like handling. While its acceleration is now less brisk, it is still fun to toss around the windy turns in South Buona Vista Road. Its agility and sure-footedness in tackling corners were not lost.

Its lack of pace is made up to some extent by the seven pre-set “virtual” ratios of the CVT that are accessed using the paddle shifters. This allowed me to “paddle down” for quick lane changes.

The 12-volt 1.94kW battery also kicks in at a low engine speed of 800rpm, providing a mild shove when the car accelerates. Overall, the Swift feels less lethargic as its 12.2-second century sprint timing.

My sentiments of the new Suzuki Swift Hybrid swung between the ends of a pendulum over a three-day drive. 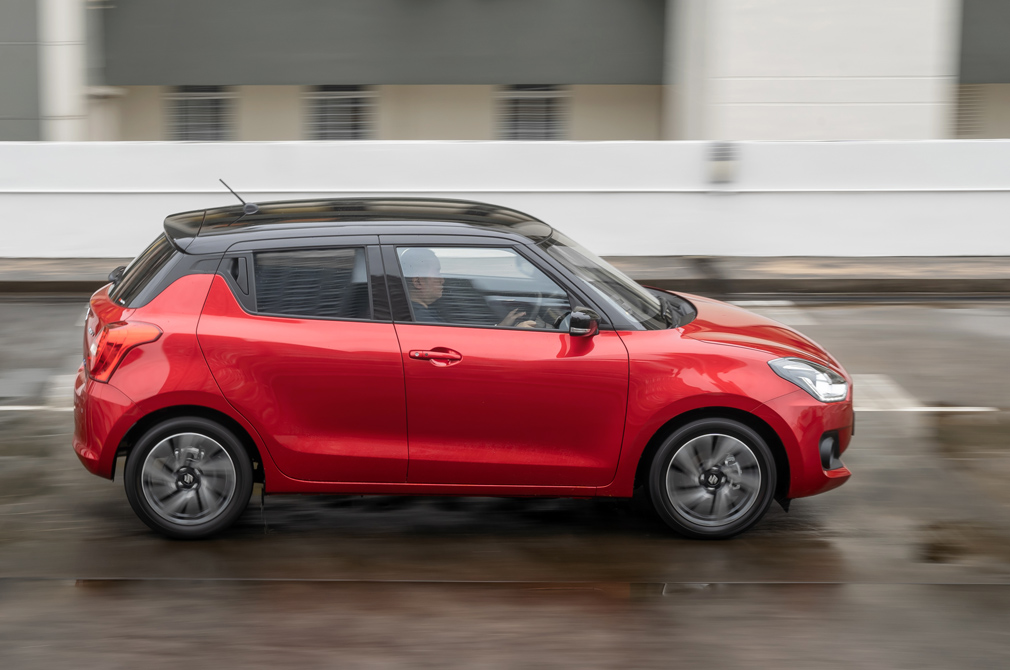 It no longer has a turbocharged engine, but the latest Suzuki Swift still offers delightful handling.

For the last two years, my family car was the feisty turbocharged 1-litre Swift. The car is like a high-energy hip-hop dancer that is always edging me to drive faster or squeeze into the tightest of gaps for lane changing.

Now, the new Swift may look similar, but a different soul lurks beneath the sheet metal. It feels like a slower ballerina. I mourned the loss of energy that was so abundant in its predecessor.

But from the second day, the Suzuki Swift Hybrid’s refined and composed nature gradually won me over. The tipping point was its exceptional fuel efficiency.

On my way to return the car at the Suzuki showroom in Chang Charn Road on the third day, the fuel consumption was jaw-dropping – I clocked 23km/litre for the 15km drive from my home in Kallang Bahru to Alexandra Road, which is close to its official 24.2km/litre figure.

Over the three-day, 230km test drive, I consistently achieved around 20km/litre without even trying hard to save fuel. The refined, better equipped and safer Swift is a completely new proposition to its predecessor, which was billed as a pocket rocket.

Today, those who are drawn to the previous Swift’s performance will now have to look elsewhere, likely to pricier cars like the Kia Stonic, Seat Ibiza, Volkswagen Polo or T-Cross.

Overall, the new Swift feels like a youth that has undergone etiquette training, or a hip-hop dancer who now decides to channel the energy into pursuing a career in ballet.

And for those to yearn for the pocket rocket, all hopes are not lost. Suzuki agent Champion Motors did not bring in the previous generation of the storied Swift Sport. It told Torque: “There has been strong interest in the new Swift Sport and we are definitely looking into it.”

There is thus still a chance that the flagship hatchback, which has been a grey import for the past two years, might well make its long-overdue maiden appearance through the official agent. 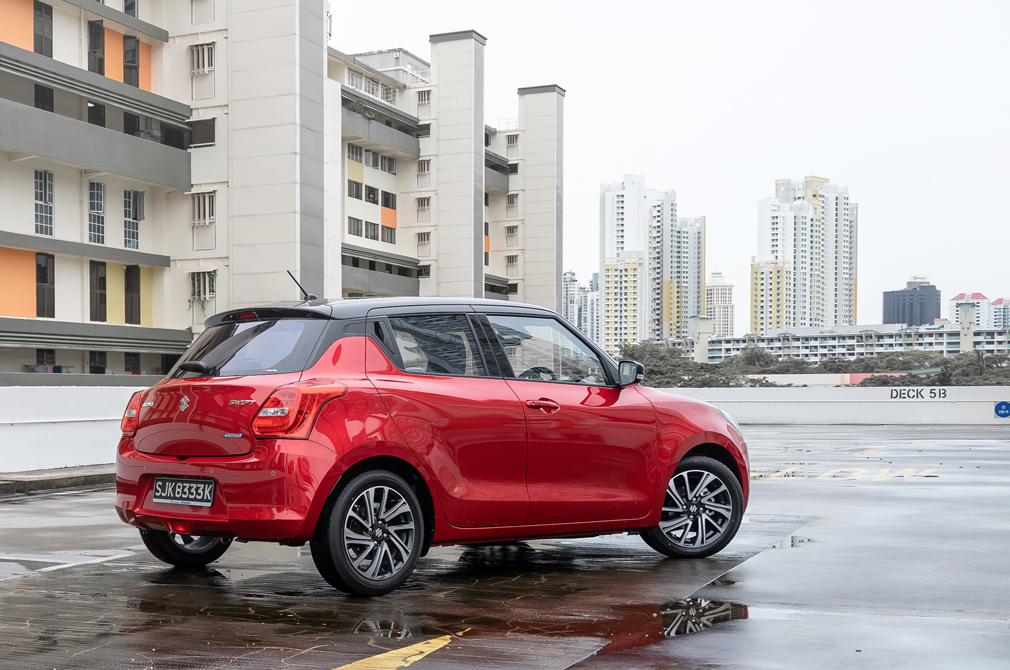