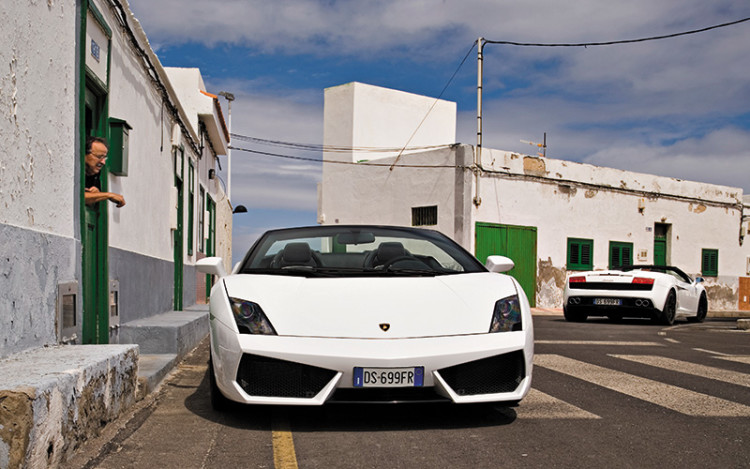 Things can be deceiving. Take Tenerife, for example. Located off the north-west coast of Africa, the island is a popular holiday spot with its lovely weather and beautiful beaches. But it’s hard to believe that the idyllic scene at this Spanish territory hides a violent past dominated by intense volcanic activity.

The last “big one” happened as recently as 100 years ago. Evidence of nature’s wrath can still be seen on the rock formations leading up to the mountains at Teide National Park. Some of them are lava that solidified halfway down the slopes.

Against this backdrop of angry mountains and blissful holidaymakers, we are presented with the equally intense yet easy-to-drive Lamborghini Gallardo LP560-4 Spyder (we’ll simply call it the Spyder).

This beast replaces the Gallardo Spyder in the carmaker’s line-up, and is essentially the chop-top version of the LP560-4 Coupe. It features the same 5.2-litre direct-injection V10 engine (instead of the 520bhp-strong 5-litre unit in the previous model) and an upgraded 6-speed automated manual gearbox.

Going topless produces certain effects. First, let’s look at the minuses. Experts will tell you that taking the roof off any coupe is bound to affect a car’s rigidity. And they are right. The claimed torsional stiffness for the Spyder and Coupe are at 15000Nm per degree and 23000Nm per degree respectively. But the differences are subtle and not apparent, unless you look for it. 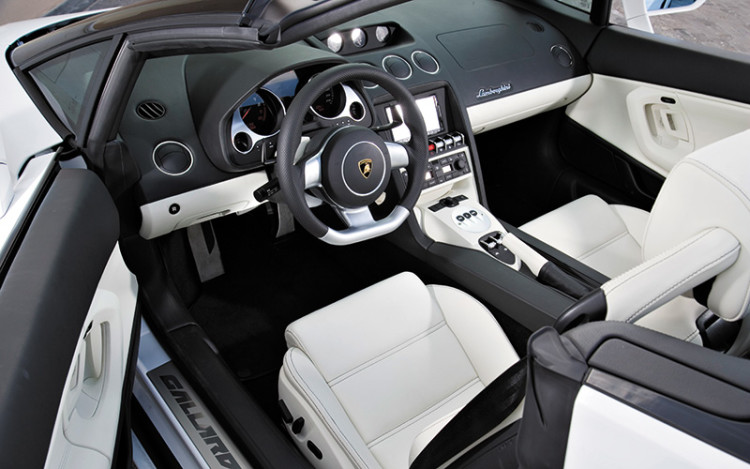 Over broken surfaces on some parts of the test route that meanders up the volcanoes, the rear-view mirror does not shiver, and there are no loud and disconcerting creaks (hallmarks of a rickety chassis).

Where the compromise is slightly more obvious is on the motorways, or Autovista, as they are called in Tenerife. At higher speeds, there is a little bit more movement on the steering column and the car wavers a wee bit more than the Gallardo Spyder.

Along with the compromises, the Spyder also has to carry more weight, which comes with the hardware needed for the folding roof and the reinforcements used to strengthen the structure.

To the engineers’ credit, the car is actually lighter than its immediate predecessor, thanks to the new engine that weighs 20kg less. But against the Coupe, the Spyder is 140kg heavier, denting the power to weight ratio (361.1bhp/tonne versus the Coupe’s 397.1bhp/tonne).

Against the clock, the Spyder takes 0.3 second longer to get to 100km/h from rest. To top it off, Lamborghini expects you to pay an extra $90k on top of the Coupe’s asking price. 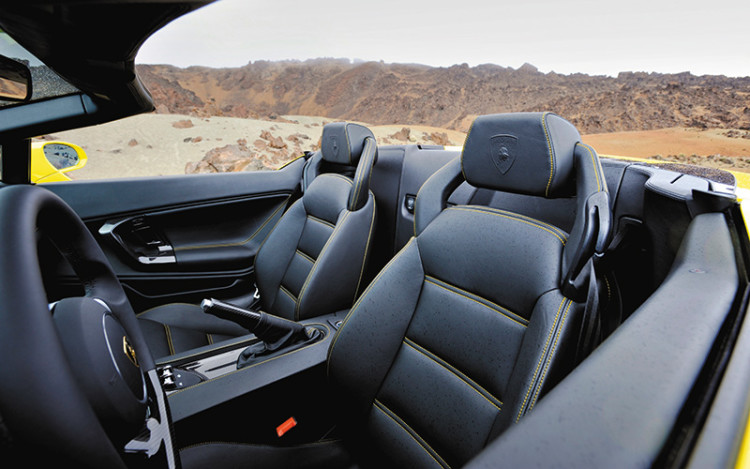 But it’s worth every dollar, every kilogram and every second. The styling, for one, is arguably better than the Coupe’s. The snorting front bumper, with the ultra-slim headlights that are reminiscent of the fighter jet-inspired items on the Reventon, is taken straight from the Coupe.

But after these, pretty much everything else is unique to the Spyder. As with the previous model, the engine resides under a flat-vented deck. Besides accentuating the car’s length, this design draws attention to the cabin – more specifically, the occupants in it. (It’s for the egoist, that’s for sure. Since when are Lamborghinis made for shrinking violets?)

Despite the car using the same instrumentation and dash as those found in the Coupe, the impression from the wheel is markedly different. It feels more snug and airy. A lot of it comes from the fact that there’s an infinite amount of headroom at the press of a button.