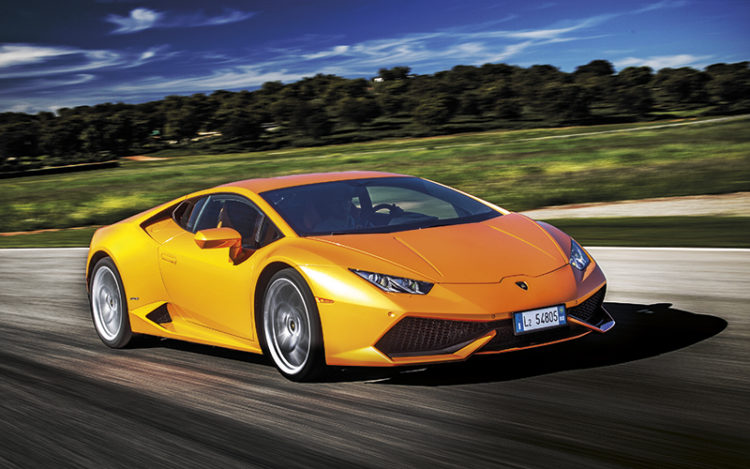 In 2009, Lamborghini started work on the Gallardo’s replacement model, the Huracan – named after a famous fighting bull. It’s an entirely new model, not an extensive update of the old entry-level Lambo, which made its debut in 2003.

So it should stand to reason that the Huracan is light years ahead of its predecessor, though instead of the full carbon fibre car I was expecting (as with Lamborghini’s flagship, the Aventador), the new “baby Lambo” is a “hybrid”.

Its outer skin comprises both aluminium and composites, mirrored in its chassis construction. The car’s “backbone” – that is, its rear bulkhead and transmission tunnel – is made from forged carbon fibre, which is then bonded and riveted to the Huracan’s aluminium spaceframe.

In spite of that cutting-edge chassis, the Huracan is actually 12kg heavier than the Gallardo it replaces, though in mitigation, Lamborghini claims that in terms of chassis stiffness, the new car is “considerably better”. 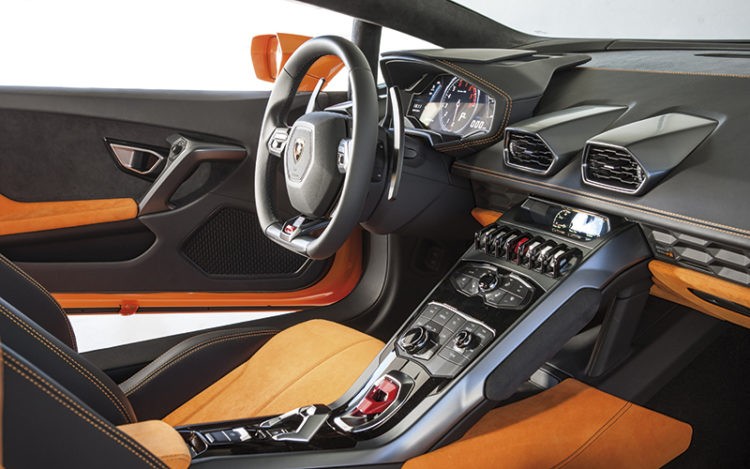 Interestingly, in light of the advancements made in its chassis, Lamborghini has stuck to old-school natural aspiration for the Huracan’s 5.2-litre V10 engine, instead of downsizing and adding a turbocharger or two. So it was a challenge for its engineers to reduce the motor’s fuel consumption and CO2 emission, while bearing in mind it still needs to address all the performance requirements of a modern supercar.

To that end, numerous technical improvements have been made to its engine, to help the Huracan return an average of 8km/L and produce an acceptable (by supercar standards) CO2 emission figure of 290g/km. Saving fuel, too, are the Huracan’s electro-mechanical power steering and the (rather annoying) start-stop system.

In the drivetrain department, the Gallardo’s 6-speed, single-clutch automated manual transmission has been replaced by a 7-speed, dual-clutch automatic gearbox the Italian carmaker dubs LDF (Lamborghini Doppia Frizione), made by compatriots at Graziano, the gearbox speciality firm. 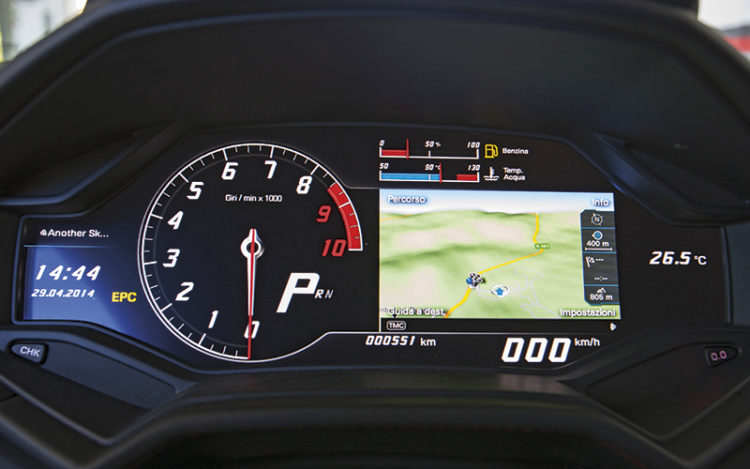 The Huracan’s instrument cluster is all-digital, without a single analogue gauge to be found

This gearbox is the most important feature that enables the Huracan to meet the needs of both hard-core racing and soft-core driving. The LDF delivers lightning-fast gearchanges on a racing circuit (Ascari in this case), which become even faster in Sport mode and downright ferocious in the crazy Corsa mode. Yet, the LDF in its everyday Strada mode also provides limo-like smoothness in town traffic by intentionally slurring shifts.

The more hooligan members of the audience will be glad to know that the Huracan and its slick-shifting gearbox can withstand any number of full-bore launch-control-system, uh, launches (provided the transmission oil doesn’t overheat).

Another important feature in the Huracan is MagneRide, an electro-magnetic active-damping system that includes a nose-lift mechanism to negotiate big road humps and awkward carpark ramps. Said system, which is a factory option, is likely to be standard for all Singapore-bound Huracans.