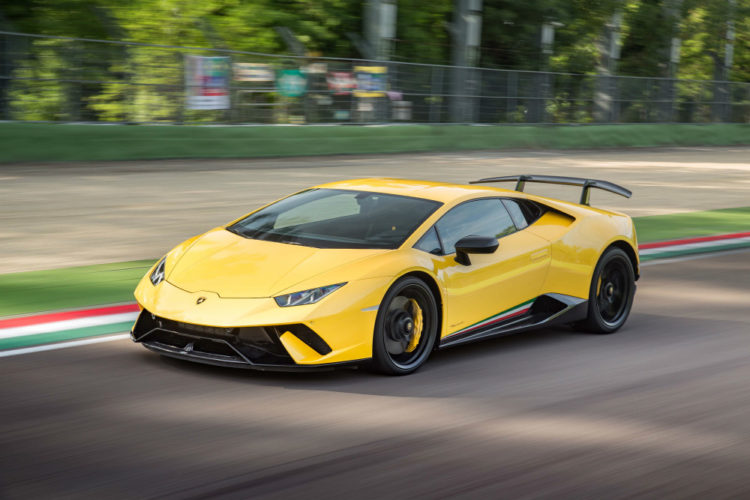 When comparing supercar statistics such as horsepower, weight and acceleration, the differences can be so minute that the comparison is pointless.

However, any supercar that can lap the Green Hell (the 20.8km Nurburgring circuit in Germany with about a hundred corners) in under seven minutes is the stuff of legend.

Two supercars have cracked that timing – the Porsche 918 Spyder and the Lamborghini Aventador SV. Now, another Lambo has joined the club – the Aventador’s smaller brother, the Huracan Performante.

Incredibly, the Huracan is five seconds faster than the previous record-holder, the Porsche 918. The Huracan’s Nurburgring lap time of six minutes and 52 seconds was set by Lamborghini’s factory driver, Marco Mapelli.

I am at Italy’s notoriously tricky Imola circuit to test the record- breaking Lamborghini coupe and see what it is made of.

The Performante is 40kg lighter than the standard Huracan. Most of this weight reduction was achieved by swopping parts with carbon fibre replacements and installing a lightweight titanium exhaust system.

Increased power accompanies the reduced weight. The naturally aspirated 5.2-litre 10-cylinder engine produces 640bhp, which is 30bhp more than before.

On the new, ultra-sticky Pirelli P Zero Corsa tyres, the car has cut the century sprint time by 0.3 of a second, to 2.9 seconds.

Working those tyres to the limit is a sophisticated and comprehensive aerodynamics package called ALA, which stands for Aerodinamica Lamborghini Attiva (Lamborghini Active Aerodynamic system).

It looks like any large fixed rear wing with a deep front splitter, but closer inspection reveals numerous vents on the underside of the wing and front splitter. 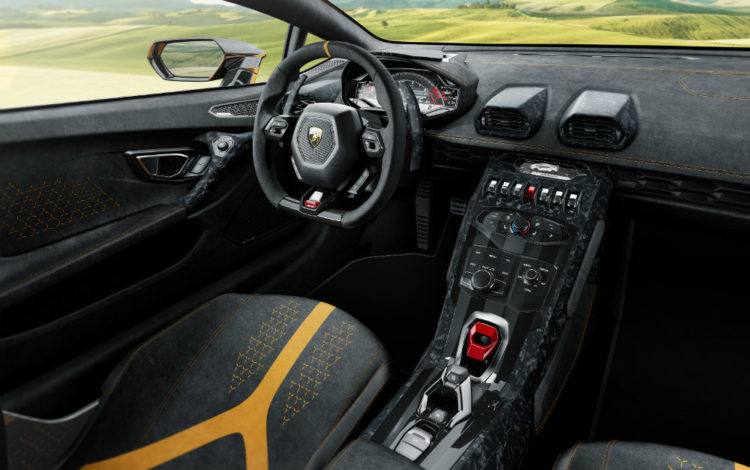 Controlled by the car’s computer, ALA decides when to boost the downforce and when to lower the drag. This sounds much like the Drag Reduction System used in Formula One racing.

In this case, hidden valves under the bodywork direct air through the vents in the wing and splitter, thereby adjusting downforce and drag. Shutting the valves increases up to 350kg of downforce at 300kmh, a speed easily achieved by the Performante.

In the high-speed corners of Imola, the Performante is far more capable than the regular Huracan.

The car’s stability inspires confidence, while ALA allows the driver to sustain a higher average speed through every corner.

The aerodynamics, tyres, suspension and steering all work synergistically to give the driver easy access to 90 percent of the supercar’s full potential. To use the last 10 percent, the driver needs advanced training.

On the streets surrounding the town of Imola, I am pleasantly surprised by the civility of the Huracan Performante in its Strada (normal) mode.

The mode is out of its depth during track driving, but it gives the MagneRide suspension sufficient pliancy for city driving.

Back on the circuit to chase fast lap times, the Huracan needs to be in its Corsa mode, which keeps the car’s handling as neutral as possible, so as avoid time-wasting understeer or oversteer. In Corsa mode, the shifting of gears can be done only manually.

In Sport mode, the car tolerates some tail-out action before its electronics step in to straighten things out.

Huracan Performante ownership, excluding the certificate of entitlement, starts from just below a million dollars in Singapore. It is superb value for money in the crazy world of supercars. 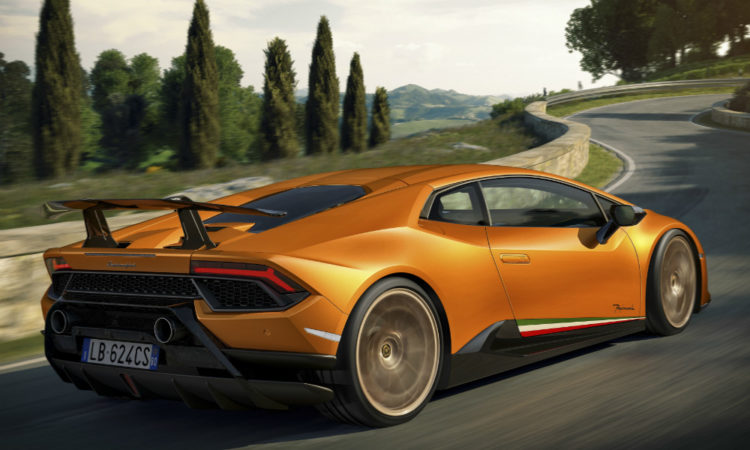