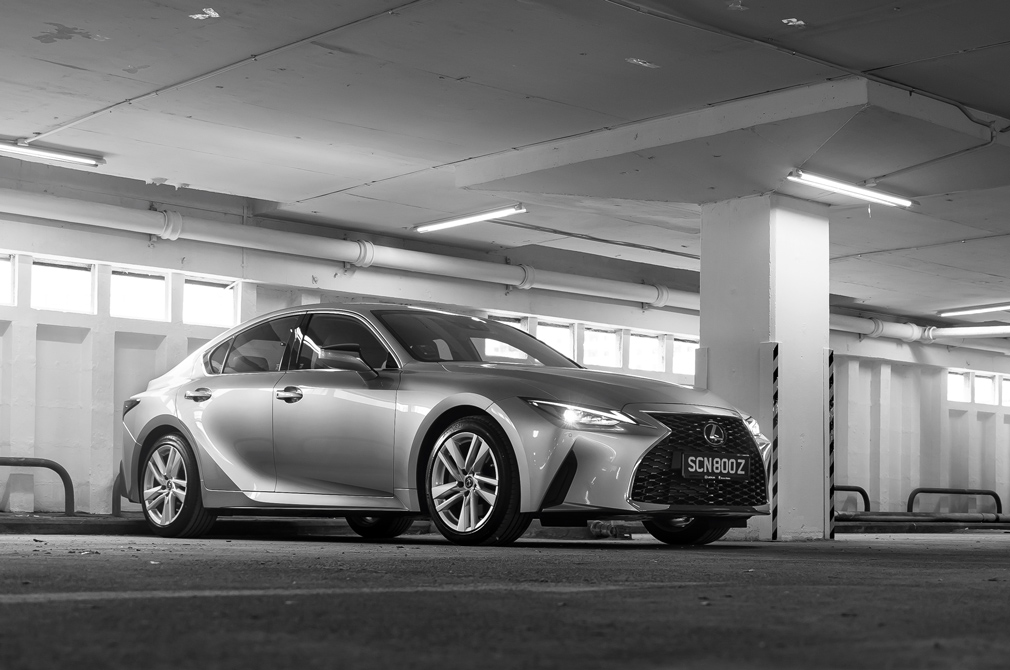 Unseating the BMW 3 Series as the eminent and benchmark executive sports sedan was always going to be an uphill, if not impossible task.

The model has seven generations of engineering under its belt, compared to the Lexus IS’ three. And it remains at the top of the list for many drivers shopping in this segment.

But I daresay the 3 Series may not remain there for long. Even if it is not unseated, it may have to share the top spot with the Lexus IS.

And I am not just saying this because Borneo Motors’ security wheel-clamped my car – despite being informed that it would be parked there.

I did not expect the latest Lexus IS300 to appeal to me as an enthusiast.

From the first IS200 to the IS250 and later the IS200t, the Lexus IS has always been known for doing everything – except being a driver’s car.

So, they are well-built, capable, and refined. Just not as fun to drive. Even the fire-breathing IS F and its naturally aspirated 5-litre V8 seemed to lack that magic something, that je ne sais quoi. Perhaps the engine and exhaust were not loud enough.

But this updated Lexus IS300 is an entirely different being. From the moment I got behind its wheel, it felt spot on. Getting the correct driving position, for instance, took mere seconds instead of moments or even minutes. That definitely took a lot to get right. 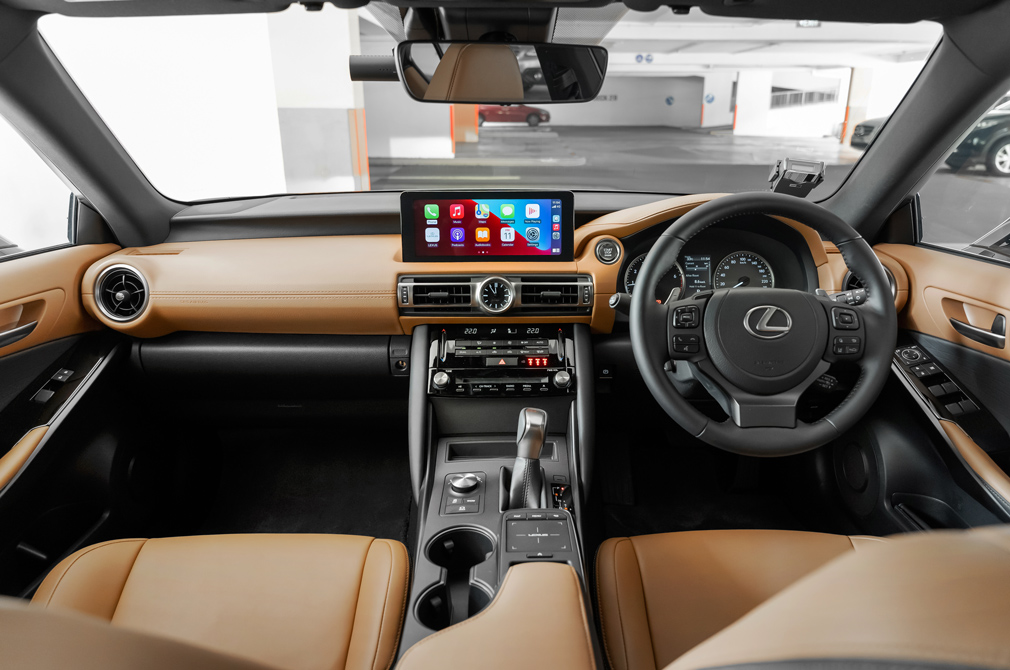 IS300 cockpit is well built and ergonomic, with controls falling easily to hand.

There’s that low roofline, too. If you’re over 1.8m tall, find another car. This one aims to cocoon you, and it does so wonderfully.

The dashboard and door panels are trimmed with soft-touch materials, while the controls fall to hand nicely. Infotainment, a Lexus weak point, has been improved with a new 10.3-inch touchscreen display. It has also been placed 5.9 inches closer to the driver for easier reach.

This touchscreen finally relieves drivers from having to use that awkward trackpad to navigate the infotainment. I still think the menus could be simplified, but if you’re an iPhone user, CarPlay will take care of you. No need to deal with cumbersome menus.

Lexus models are known for having big, aggressive “spindle” grilles and the new Lexus IS300 is no different. 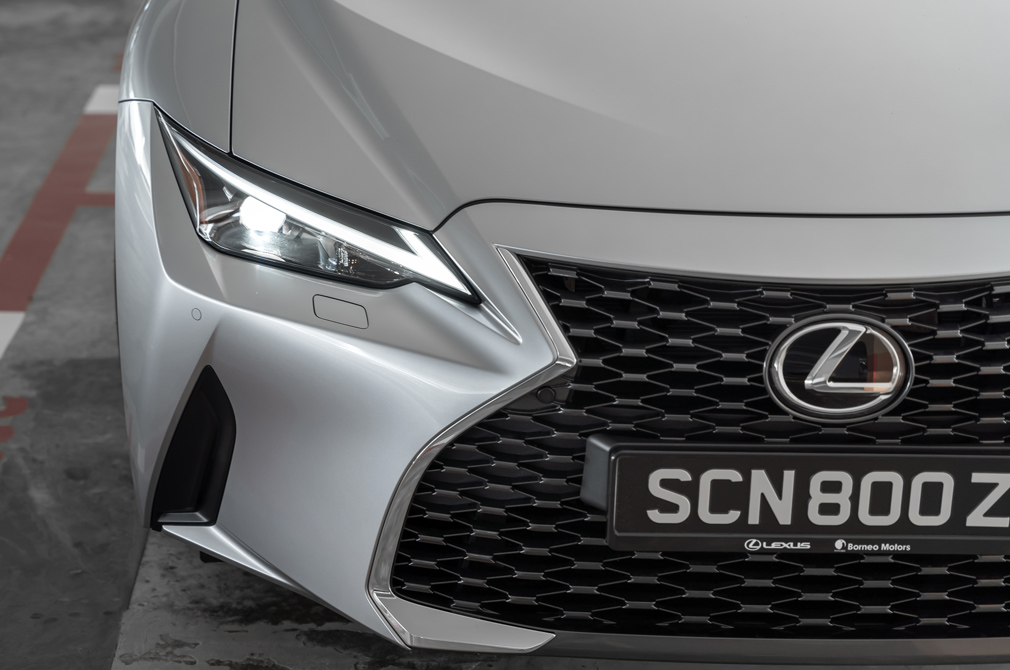 New headlights are both slimmer and lighter than before.

The headlights are slimmer and lighter than before, while the tail-lights are now “linked” by a strip.

All this “anger” and aggression will not please everyone. At times, even I find it all a bit too much. But like it or not, one cannot deny that such styling gives the Lexus IS300 plenty of road presence.

Undeniable, too, is how much sharper the Lexus IS is compared to its predecessors. The carmaker says it extensively honed the IS at its new technical centre in Shimoyama, Japan.

Body rigidity was further raised by methods that included increasing the number of front side-member weld points and optimising structures such as the C-pillar.

Lexus says that the car’s swing valve dampers have ultra low-velocity valves in their pistons that manage oil flow. These help deliver an even ride, even at low stroke speeds.

What you feel is a well-balanced car that doesn’t pitch or dive, yet remains pliant enough to deal with most woolly roads, which seem to have become the norm. It is hard to nail this, but Lexus has certainly come close. 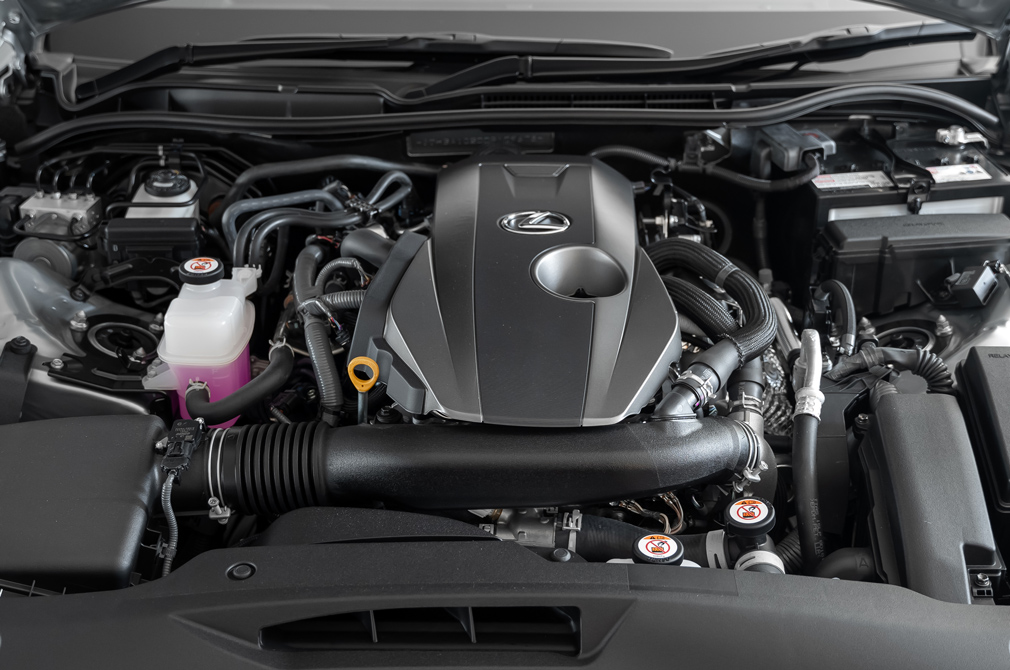 Powering the Lexus IS300 is a turbocharged 2-litre unit that sends 241hp and 350Nm to the rear wheels via an 8-speed automatic gearbox. The carmaker claims a century sprint time of seven seconds.

Getting the IS300 up to speed requires plenty of revs. Perhaps the engineers, in their quest to make the turbocharged engine feel more like a naturally aspirated one, made it so linear that you don’t feel any boost.

The gearbox complements this with its tall ratios. You’ll need to downshift several times to get the tachometer needle swinging to the right if you really want to get a move on.

If your idea of turbocharged performance is instant power at any engine speed, you will be disappointed. But if linear performance is your thing, the Lexus IS300 will please you.

With a stiffer body and re-tuned suspension, the Lexus IS300 feels very point-y. You think about where you want to place the car and it naturally happens.

Turn-ins feel positive and the car does not lean. It is incisive, and you get the feeling that there are no wasted movements. The electric power steering is nicely weighted and accurate, too. 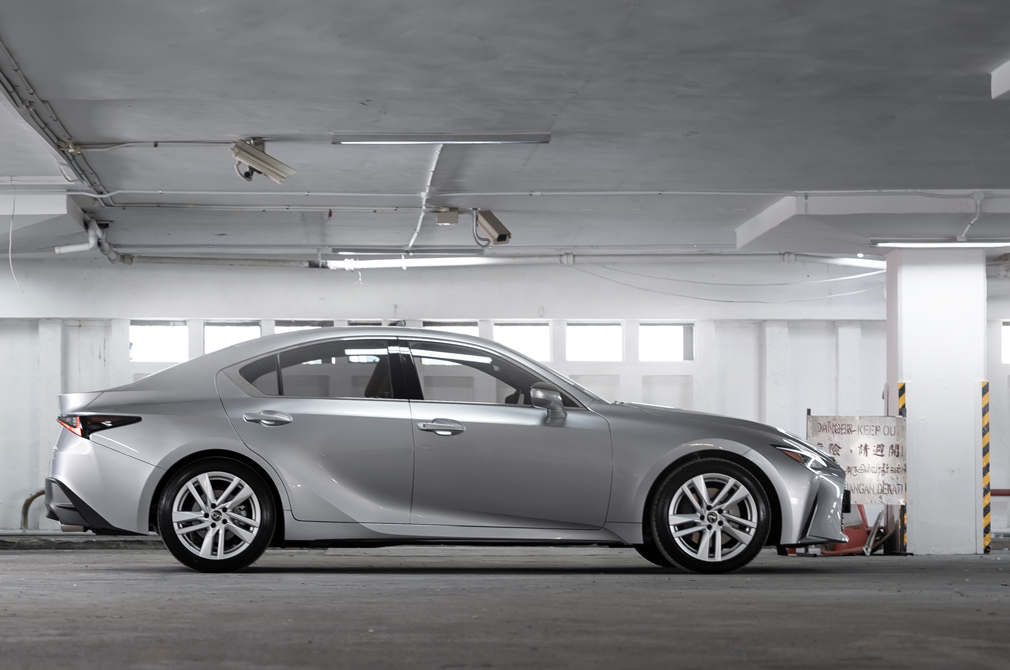 This is impressive for an “entry-level” variant. I expect the more powerful IS350, which will be available next month, to be even more stirring.

There are only two main downsides to the IS300. One is the lack of a soundtrack. Not all 4-cylinder engines sound nice, and this is even harder to do with a turbocharged one. So, stretching every forward ratio here brings no aural rewards.

The second is the stock tyres. Bridgestone’s Turanza T005 is a comfortable all-rounder. But these should not be standard on a 241hp rear-wheel-drive sedan. One can imagine how much better the Lexus IS300 would handle if it had high-performance rubber.

If Lexus continues honing the IS with the driver in mind, and BMW doesn’t answer this challenge properly (unlikely, but you never know), then the next Lexus IS might be the driver’s car to watch.

For now, I still cannot get over how much more driver-centric this updated IS has become. Even with comfort-biased tyres, this sports sedan remains compelling and fun to drive.

And no, I am not just saying that because Borneo Motors’ security wheel-clamped my car. They released it even before this review was published. 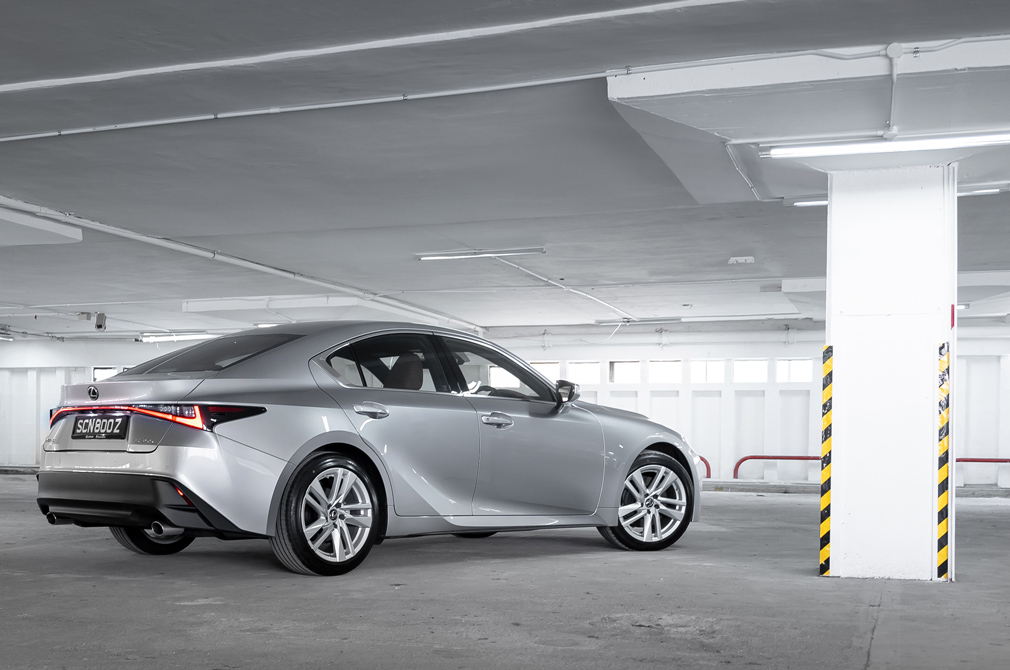