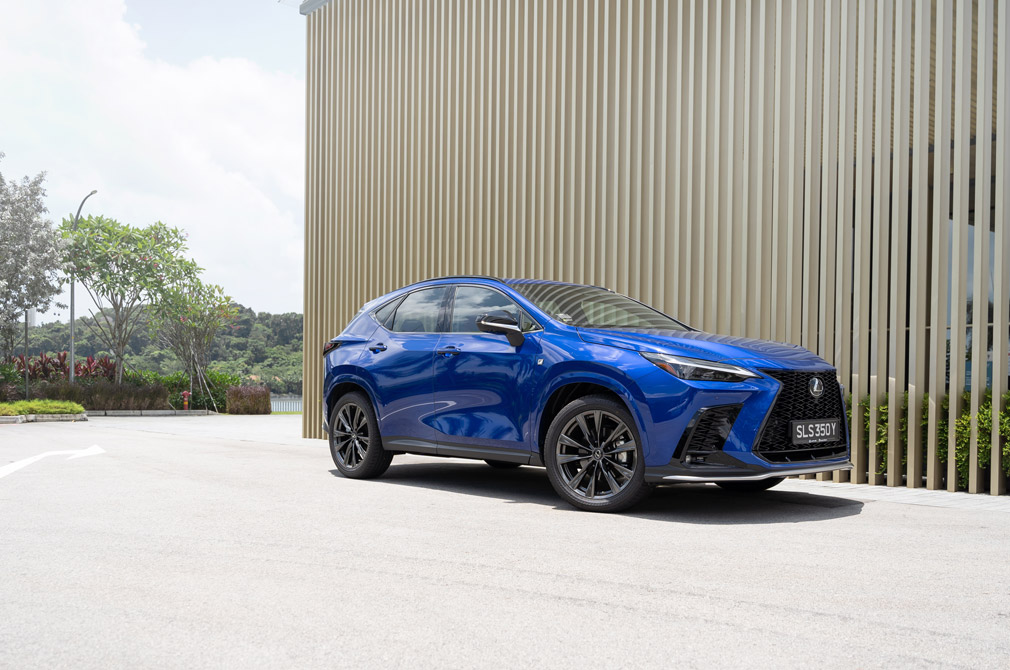 Lexus is not the brand that immediately comes to mind when you think of sporty cars. The carmaker, however, has been churning out high-performance models for over 10 years.

Who can forget the LFA, the carmaker’s most iconic model to date? With a high-revving V10 and a soundtrack straight out of an F1 racecar (back then), the limited-production model is a bone fide rare exotic.

Thus far, the carmaker has produced F versions of its sedans and coupes. And after driving the NX350 F Sport, I can’t help but think an F model SUV could be in the works. 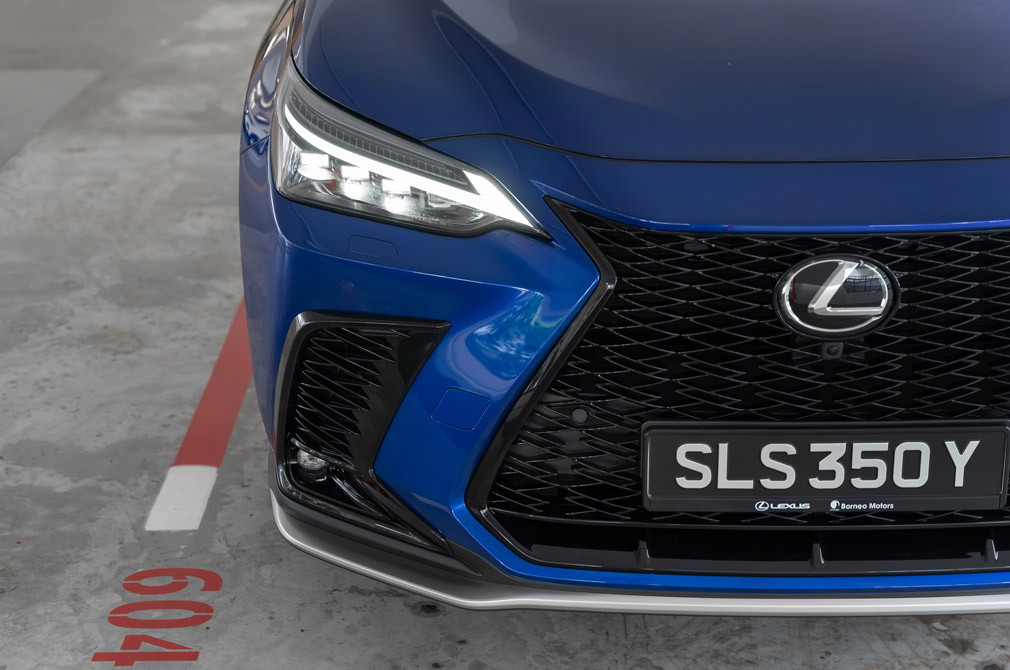 Now, while the NX450h+ is the most powerful NX model today, the NX350 is arguably the model that will appeal to keen drivers with traditional mindsets.

Yes, the plug-in hybrid has the most muscle, but having a second drivetrain and battery pack means a lot of additional weight. The NX350 F Sport, on the other hand, is the only NX solely powered by a turbocharged engine. 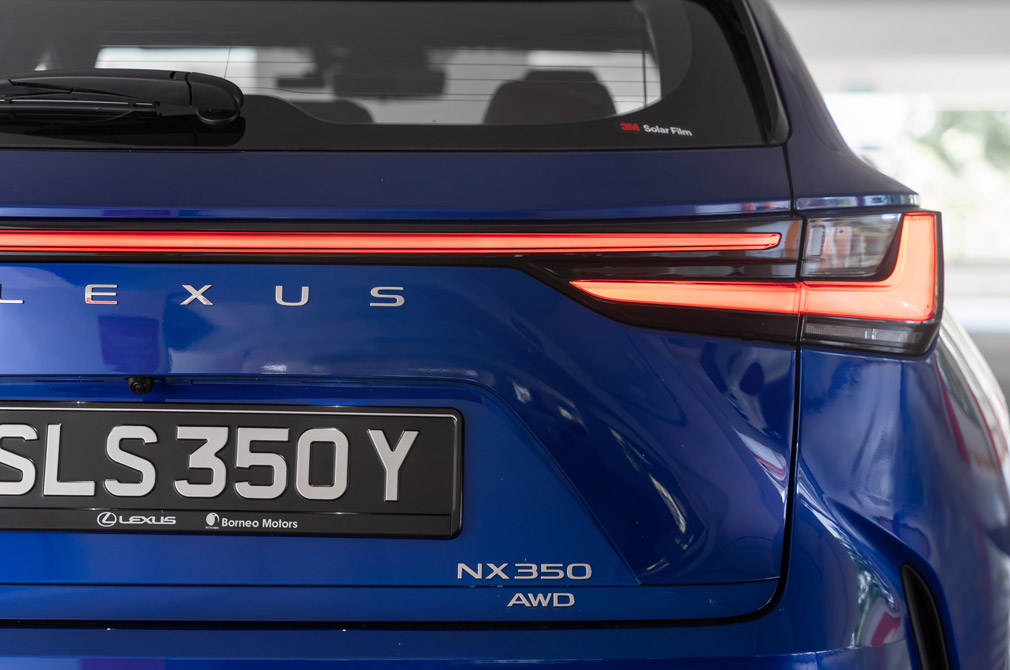 This performance SUV does a lot of other things right.

For starters, it is arguably the most stylish Lexus SUV to date. With its longer bonnet, sleeker single-piece headlights, sharper lines and more upright grille, the new NX makes its predecessor seem dowdy in comparison.

It looks even more striking when viewed from the side, with the steeply raked windscreen and straight beltline adding to its athleticism. L-shaped tail-lights give it a distinctive rear end.

The 20-inch gunmetal wheels are a nice touch, though they should have been paired with sportier tyres. But more on this later.

INTO A BETTER WORLD

Open the NX’s door, slide in behind the wheel and you’ll find that the cockpit layout and ergonomics have been greatly improved. The most obvious change is the new infotainment system, whose interface is a 14-inch high-resolution touchscreen.

The graphics are nice, and menu navigation is thankfully intuitive. It only took around 10 minutes for me to get the hang of and configure the various settings to my liking. 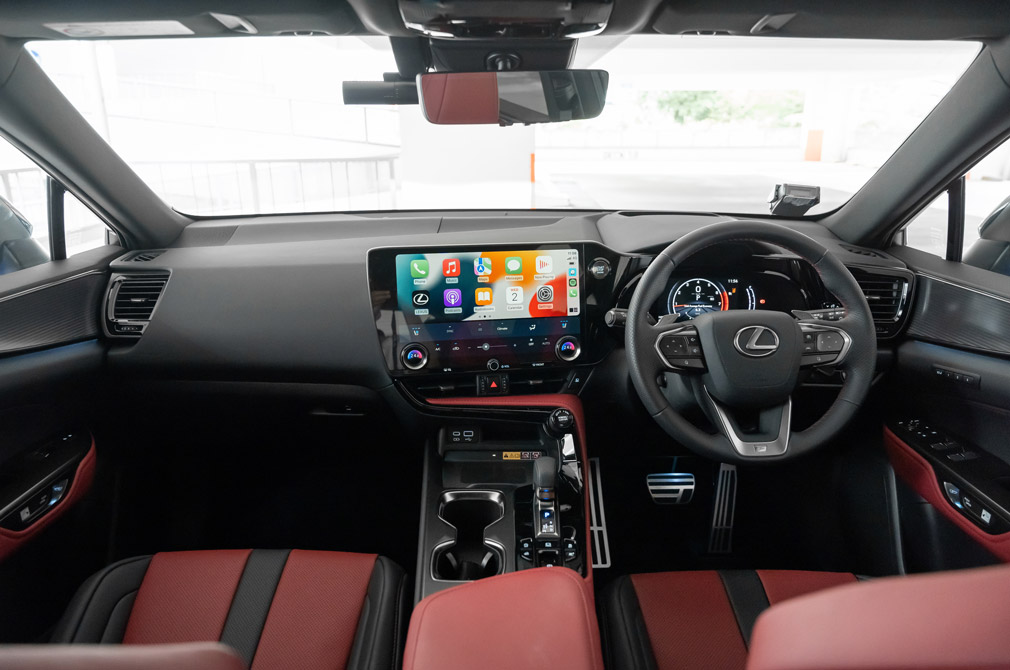 Speaking of interfaces and menu navigation, the much-despised Remote Touch Interface – that annoyingly inaccurate trackpad – has finally been eliminated. Hopefully for good. I am certain nobody ever wants to see it again.

Though many of the controls are now virtual, the climate controls are permanently placed at the bottom of the screen for easy access. And adjusting the temperature is convenient thanks to the two physical control knobs.

Considering how modern the cockpit is, it’s strange that the instrument cluster still isn’t presented as a single entity. There is a digital panel with selectable layouts, but it’s not integrated with the temperature and fuel gauges, which are static. 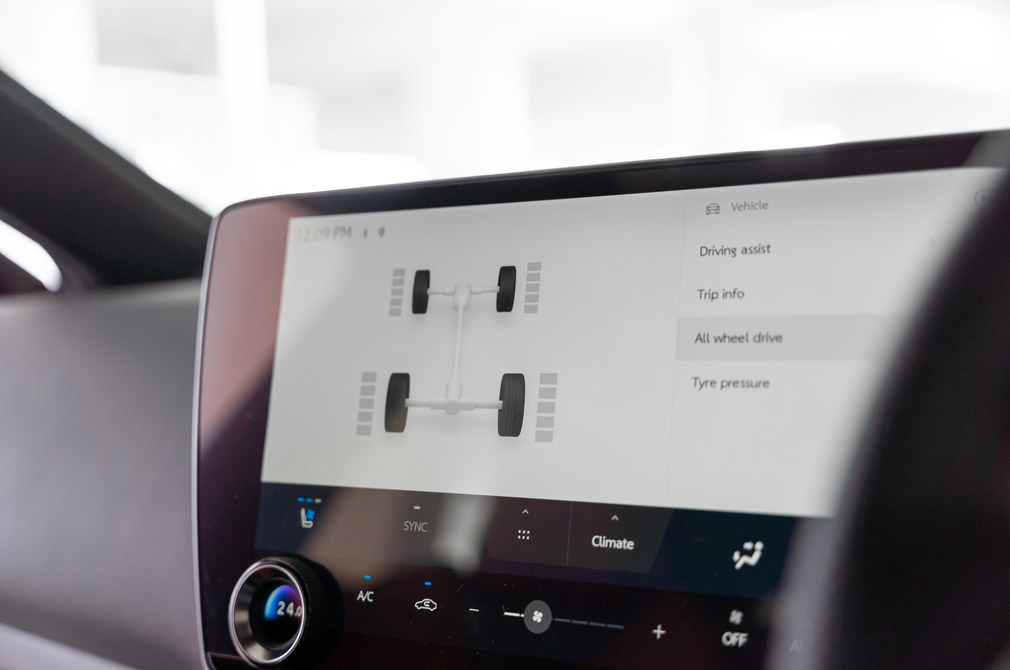 Cool additions, on the other hand, are the heads-up display and new touch-operated panels on the steering wheel.

Lightly touching the panel displays your menu options on the heads-up display, helping you to keep your hands on the wheel and eyes on the road while say, activating the adaptive cruise control and setting the following distance.

The overall build quality is as high as expected, and there’s additional room for backseat passengers thanks to the 30mm longer wheelbase, which now measures 2690mm. 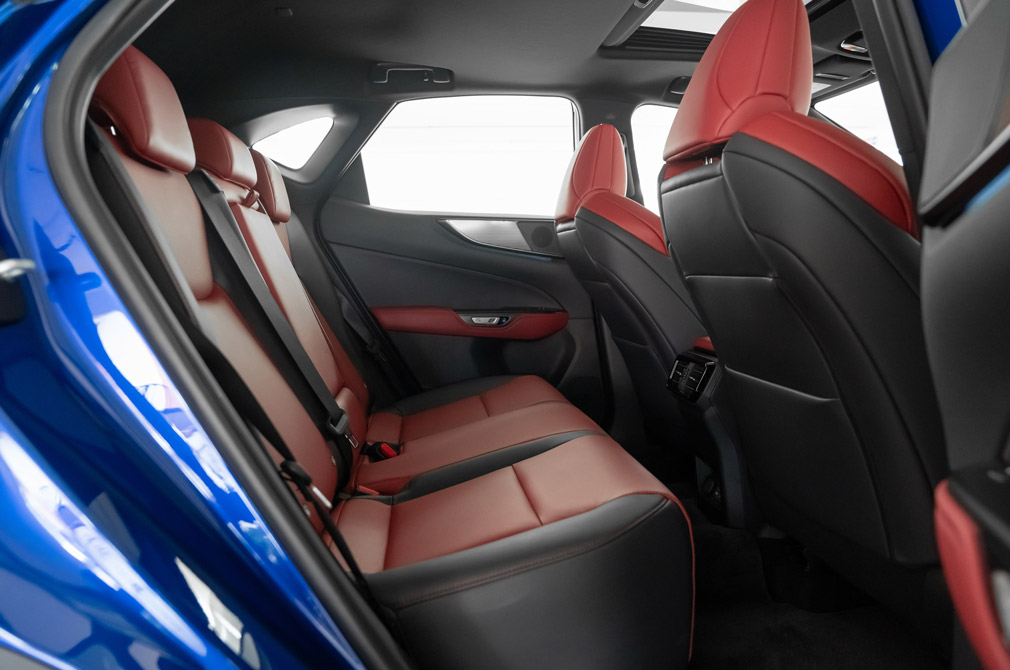 The powerplant is newly developed, and it’s interesting that Lexus chose a larger displacement motor to power the NX350, instead of tuning the existing turbocharged 2-litre engine to produce more ponies.

These drivers were probably the ones Lexus engineers were thinking of, because this 2.4-litre unit is uncharacteristically rorty. If you’re used to or expect Lexus models to be silky smooth and eerily quiet, this is not the car for you. 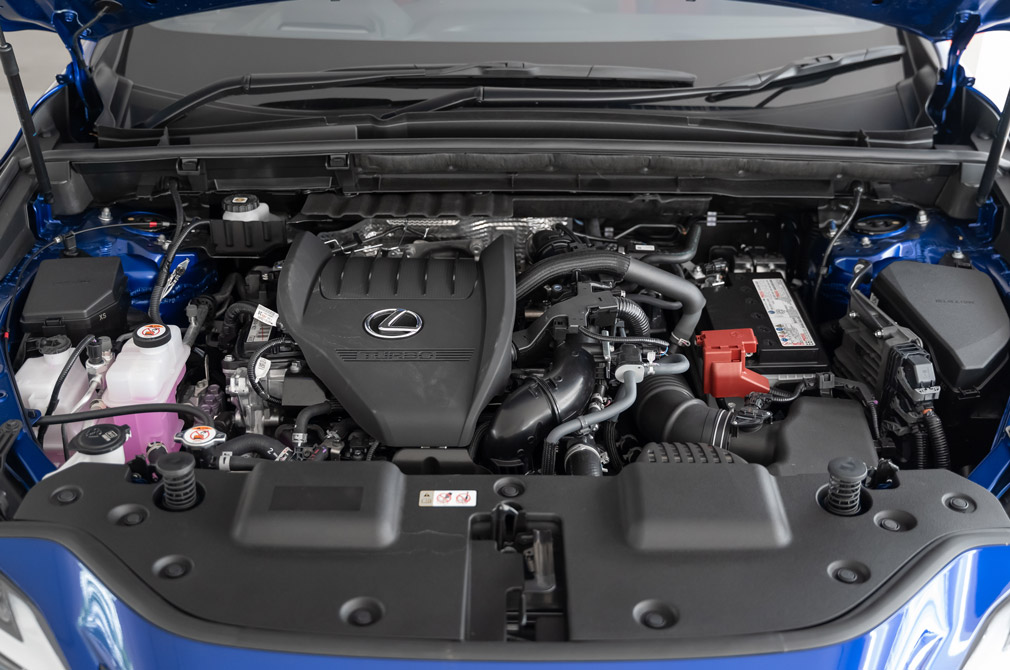 Equipped with Active Noise Control, the motor actually sounds gruff even when you’re not pressing on. I suppose it adds character to the car.

But what makes this SUV unique is its power delivery – if you didn’t know better, you’d think the engine was naturally aspirated. Progression is predictable and linear. There’s no turbo kick to speak of.

This would be great on a racetrack where you have room to rev, but in city driving, one desires more low- to mid-range punchiness. In built-up areas, stretching the motor is not always possible. 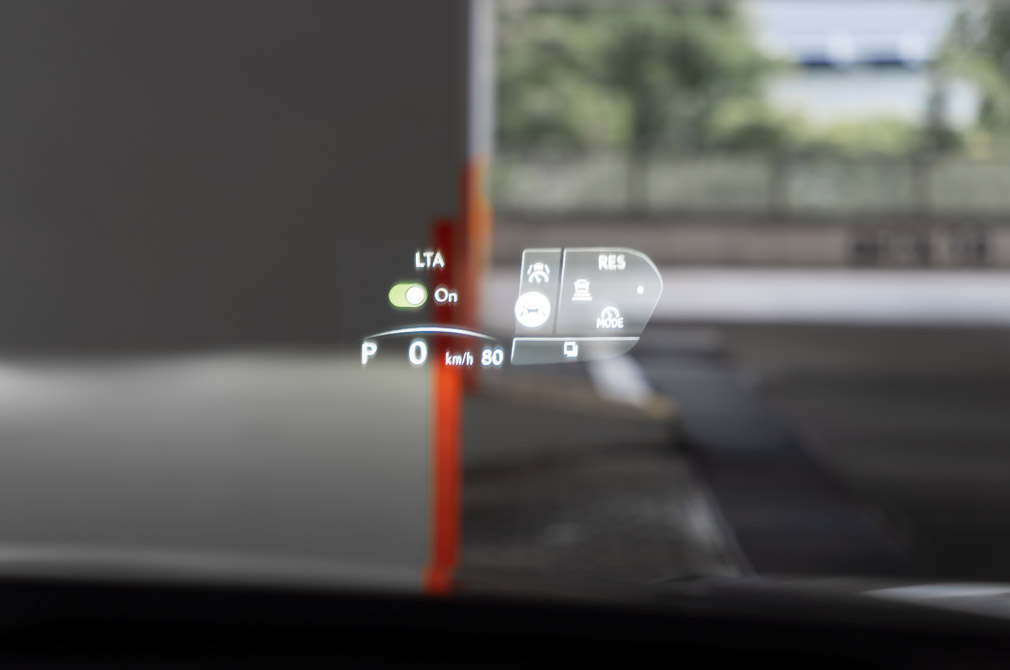 The NX350 F Sport finishes the century sprint in 7 seconds, but it feels slower than that. The 430Nm is available from 1700rpm to 3600rpm, but it also feels like it’s spread much wider.

The NX350 is not slow, but it’s certainly not quick either.

Although the NX350 should have had a keener drivetrain, it does deliver when it comes to handling.

The SUV has a neutral feel that goes well with the powertrain’s linear character. You can push it knowing that it won’t try to surprise you.

Another plus point is the precise and relatively quick steering, which enables the driver to negotiate corners by flicking his wrists. The nose, though not eager, is biddable. 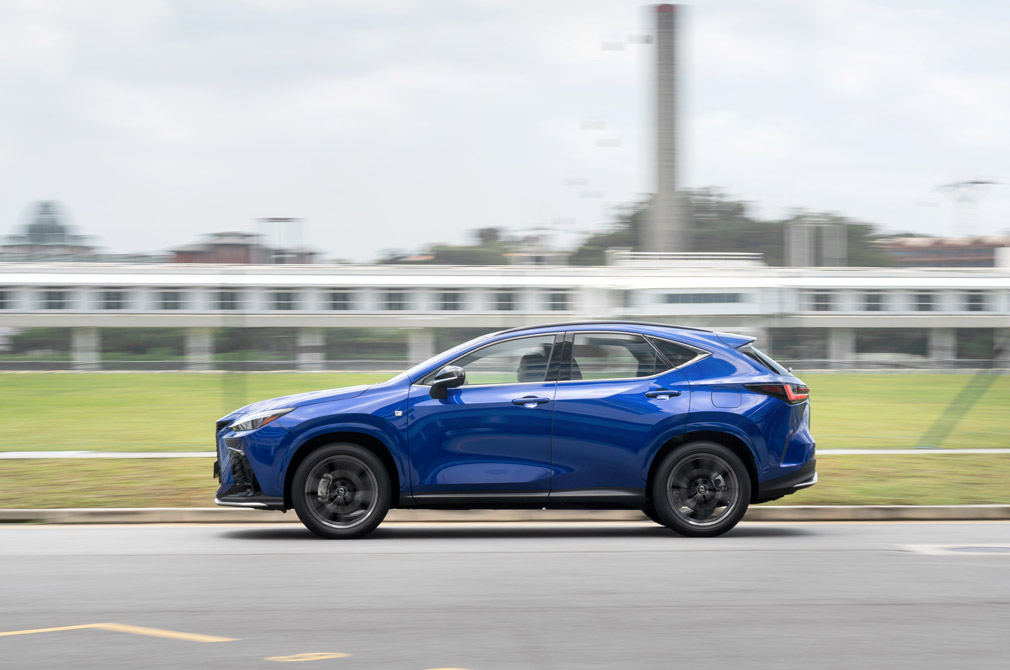 With all this in mind, it seems like Lexus engineers have held back. Because a model that can fulfil the NX350’s potential sounds very much like an NX F.

There are neither rumours nor news about an NX F. Consider this, however: Lexus has produced an IS F, RC F and GS F, but it has not made a high-performance SUV yet.

If Lexus is working on one, then the NX350 F Sport would definitely be a good starting point. 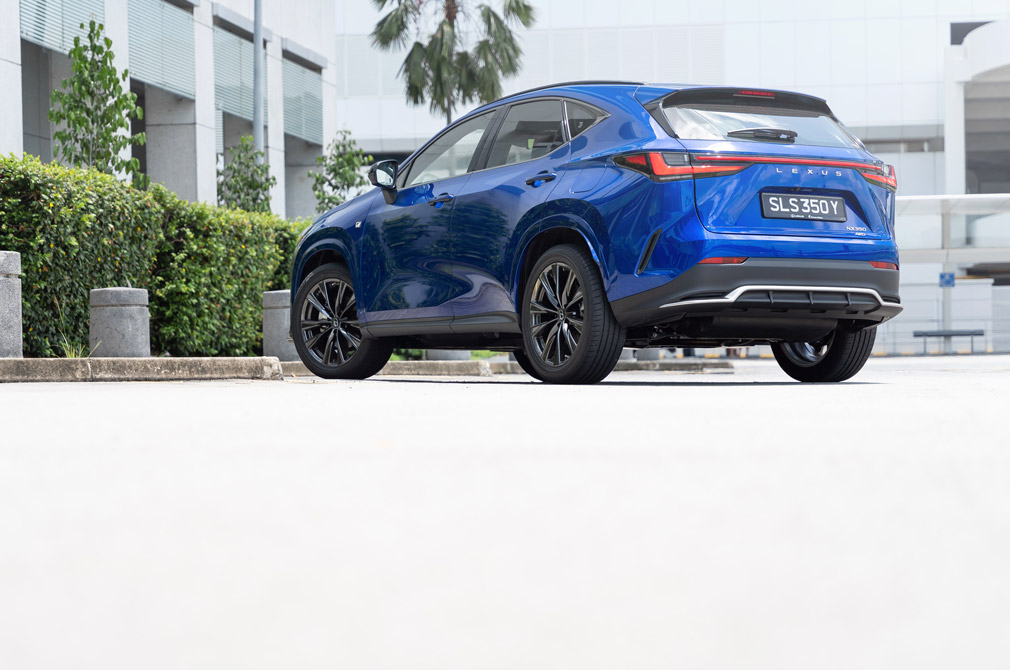