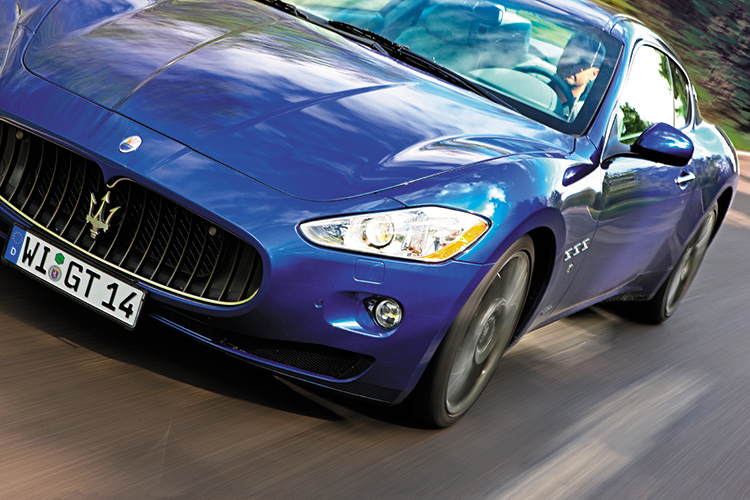 There has been a mistake. It may be genuine or intentional, but an error has been committed.

The blunder in question is the christening of the latest addition to the Maserati GranTurismo line-up as the S Automatic.

Besides sounding rather boring, the name suggests the car is merely the self-shifting version of the S (launched last year).

The S, you may remember, is the most aggressive version of the GranTurismo to date and sits on top of the line-up that starts with the original 4.2-litre GranTurismo from 2007.

The car was proof that Maserati knows how to do hardcore.

The S has a ferocious 4.7-litre that works through a heavily revised version of the automated manual transmission that Maserati used to call Cambiocorsa in the days of the 4200GT. 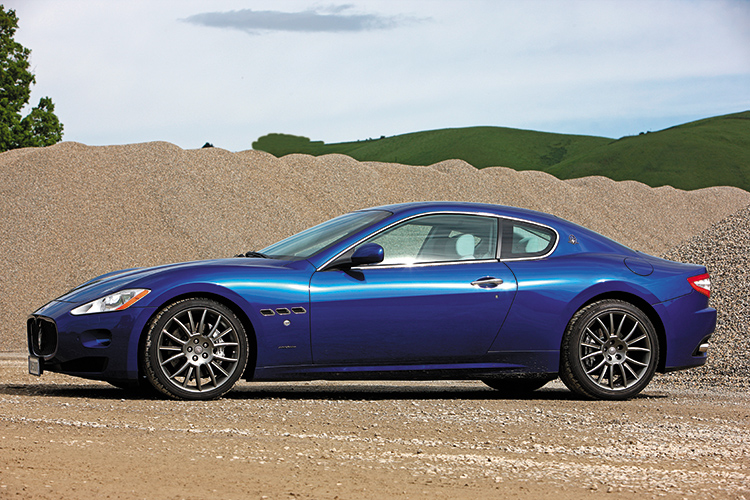 And it is great fun. But the gearbox’s tendency to lurch and stammer in traffic didn’t give it universal popularity.

With the same 4.7-litre under its bonnet, the S Automatic should drive just like the S, but with the transmission quirk smoothen out – literally – with a traditional automatic gearbox.

But the S Automatic isn’t the GranTurismo S with a different gearbox.

For starters, the car has its own distinct look from the S.

It wears bespoke 20-inch wheels that can be specified in either the traditional silver finish or a dark shade of grey called Grigio Mercury (yes, everything sounds cooler in Italian).

It also has unique side skirts with slightly more pronounced profiling than the standard 4.2-litre model, but they are less exaggerated than the items on the S.

The differences do not distract from the basic elegance of the GranTurismo’s look, of course. 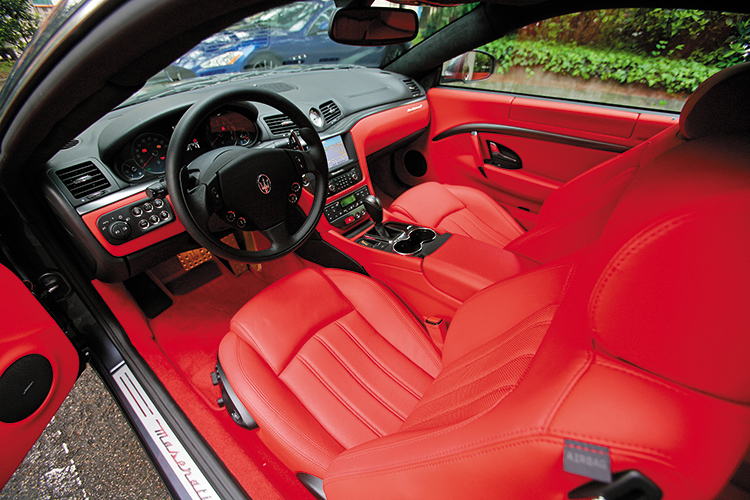 The S Automatic also features a slightly different interior from the S, with new leather upholstery colour choices and wood accent options that contrast with the racy elements found in the GranTurismo S.

In true GranTurismo style, there is plenty of space to qualify it as a real 4-seater, even if the boot won’t accommodate everyone’s luggage.

If the aesthetic differences aren’t sufficient for the coupe to deserve a more distinct name, the myriad of mechanical distinctions and the consequential effects they have on how the car drives should.

It’s not just that the gearbox is a different creature from that of the S.

The ZF-developed hydraulic transmission is sited right after the engine, as is the more popular layout, instead of being at the rear axle as on the S.

This admittedly tips the weight distribution forward (2 percent more) but the overall ratio is still near the theoretical ideal of a 50:50 split. 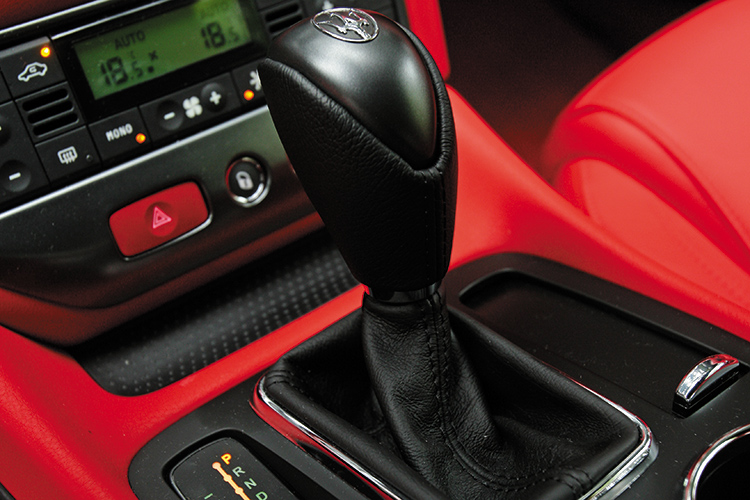 To be honest, the difference is too minute to be felt on the move.

The car’s front end still never feels overwhelmed with weight and the rear is never short of mass over the axle to deliver the grip.

More significant is the suspension system used on the S Automatic, which drops the fixed dampers on the S for the more flexible, if less hardcore, adaptive Skyhook set-up.

There’s a “Sport” setting (accessible by a dash-mounted button) that stiffens the suspension.

But, even so, the ride is still more pliant than that of the racy GranTurismo S.

Pushing the button also has an effect on the car’s electronic stability control system, the transmission and the exhaust system.

The combination of a well set up chassis, along with formidable grip from the Pirelli tyres, means this gives the traction control little opportunity to step in.

In “Sport”, where the system is set to allow more slip angles before interfering, it’s practically impossible to provoke the system to intervene on the road – unless you’re being plain silly.

The effects of the “Sport” setting on the gearbox and exhaust, though, are quite something else.

Even though the gear changes never morph into the sharp jolts that defined the automated manual system on the S, it does get aggressive to the point of feeling quite sporty.

Left in “D”, the box is also clever enough to downshift on braking and holding gears in corners. 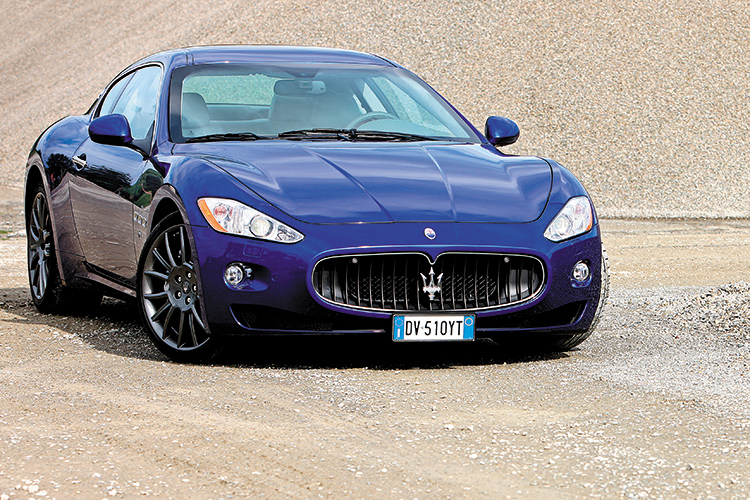 New design touches do not corrupt the original Pininfarina design.

At any point, the steering-mounted shift paddles are always on hand for manual intervention without needing to nudge the shifter into the sequential mode.

If the lever is in the said DIY mode, the gearbox has been programmed not to downshift – even when the revs fall.

The idea is to let the 4.7-litre show off its torque across the entire rev range, which is generous if not planet-shifting, like what AMG used to serve up in its old supercharged 5.5-litre V8.

Compared to the 4.2-litre GranTurismo, the bigger engine certainly feels meatier across the rev range, much more than the 35bhp and 30Nm of torque difference on paper.

Thankfully, it does know how to drop right down to first gear when the car has come to a complete standstill.

Typical of the current crop of Maserati cars, “Sport” mode also throws open a bypass valve in the exhaust system, giving the spent gas a “short cut” to the quad pipes at the end. This is said to be necessary to liberate the last few horses in the rev range to make the claimed 440.

But more important than that, the V8 just sounds so good in “Sport”, complete with exciting popping noises on the overrun, that it just won’t be right to have it any other way.

Keenly aware of the S Auto’s role as a grand tourer, which will equate to time-crunching kilometres on highways, the flap actually remains closed at speeds below 3000rpm, even with “Sport” activated.

This keeps the cabin noise low and, hopefully, the neighbours happy when the car is pottering home at night.

Fun as it is to summon everything at the push of a single button, Maserati should consider having a separate switch for the suspension setting instead of lumping it with everything else.

As experienced on some parts of the test route out of Modena, where the roads are not only twisty and fun but also a bit bumpy, the softer default mode will be more ideal for sure-footed progress. 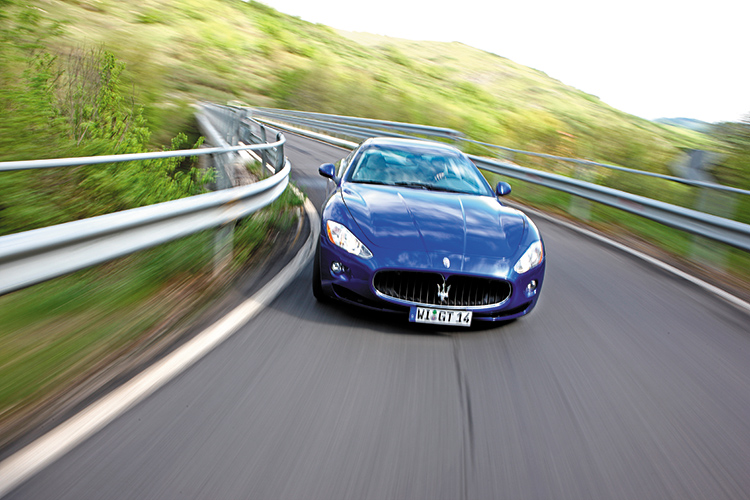 As it is, that’s not possible without sacrificing the invigorating exhaust note and sporty transmission setting.

Still, even when pushed, the S Automatic never feels as wild as the S, which it shares two-thirds of its name.

There’s a certain gentlemanly and grown-up demeanour about the car that makes it just a little bit easier to drive, leaving the driver a whole lot more relaxed.

So, instead of a name that associates itself with an overtly sporty car, how about calling it the GranTurismo Quintessential?

Surely the Italians will have something sexier sounding than that – but you get the idea, Signor Maser. 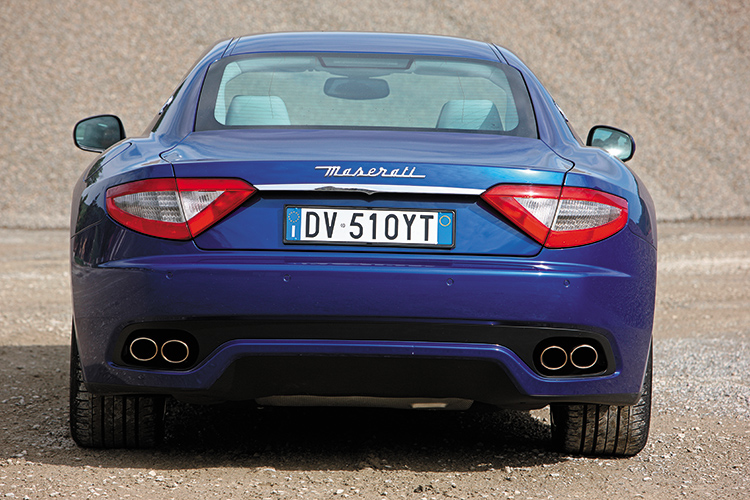