Mazda 3 Sedan in 2.0 form impresses with its sportiness and refinement
Loading posts... 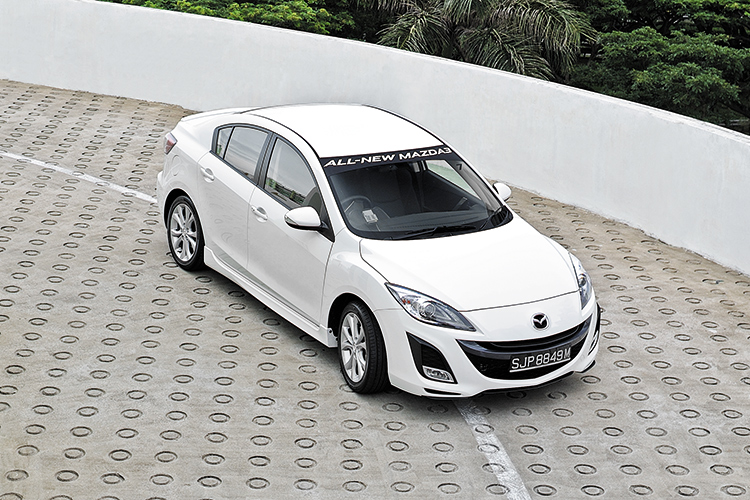 Mazda coined something called the “Zoom-Zoom” philosophy to describe the kind of dynamic drive with sporty handling and exhilaration that its cars supposedly deliver.

This message is driven home every time you turn on the ignition – the first two notes of the Zoom-Zoom song sound loud and clear.

Some may find it irritating, but insistent it certainly is!

The original Zoom-Zoom car was the previous generation 6, which was the first car to break away from the Mazda tradition of having repeated numerals like 323, 626 and 929 for their main model lines.

It was a clever marketing move to signal a more vibrant drive – a car with the agility, handling and dynamism to match the best of the Continental cars.

Needless to say, the 3 that succeeded the 323 in 2003 was also full of Zoom-Zoom qualities.

With the second-generation 3, Mazda have upped the ante. 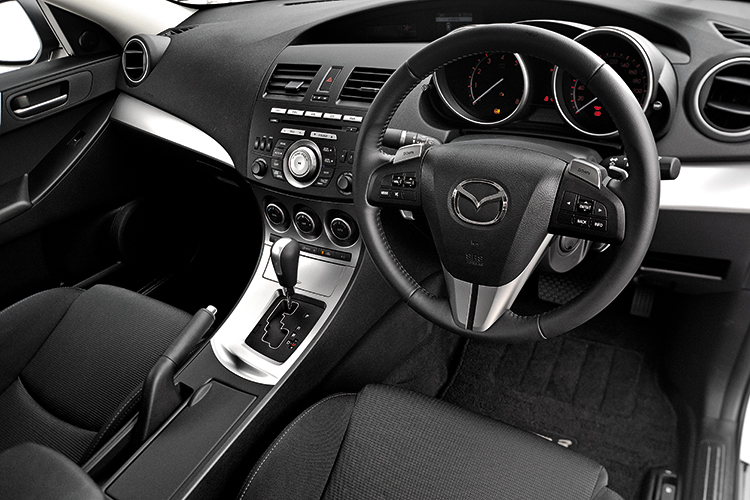 New dashboard is certainly more sports car-like than before.

Though sharing the same underpinnings as its predecessor, the latest car is significantly better.

The new car is recognisably a 3, with a new face featuring a five-point grill.

Described as “expressive” by the manufacturer, the huge shark-like centre aperture bears more than a little resemblance to the current face of Peugeot.

Bulging front and rear fenders are carried over from the RX8. They give the 3 an athletic and macho dimension to the design.

The sporty and aggressive styling is further accentuated by a wedge-shaped profile and sloping roof. 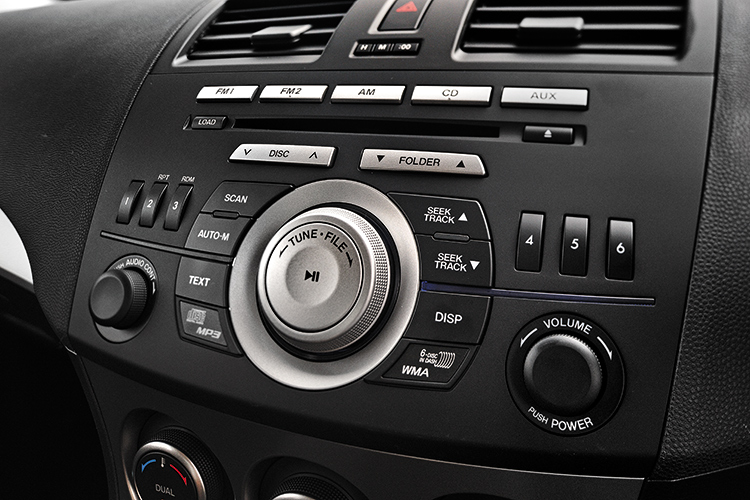 This dynamic theme is adopted in the cabin.

The main dials are driver-oriented and all major and minor controls are ergonomically placed.

I particularly liked the large knobs and buttons for the audio and air-conditioning.

This is far superior to the tiny fiddly buttons and switches of some of the other cars with factory-fitted stereo, and a quantum leap ahead of the irritating locally installed headsets.

The latter requires both manual dexterity and eagle eyes to operate properly – certainly not a safe option when driving.

Quality of trim and other fittings is distinctly superior to those of its predecessor. 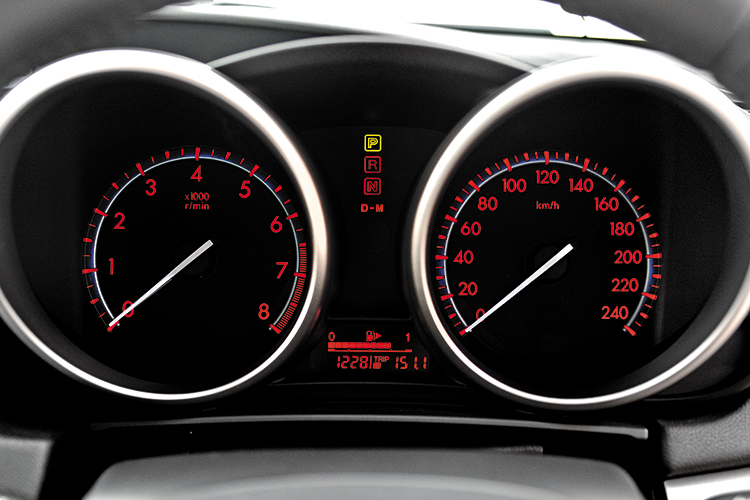 My one major grouse of the dashing dashboard design is the wide centre console.

The slope and curvature of the lower portion of the fascia impinge on knee room for the front passenger.

This means he has to sit further back, leaving less space for rear passengers.

Two body styles are offered: a 4-door sedan and a 5-door hatchback, with a choice of 1.6- and 2-litre engines, with the smaller engine offering the option of two trim levels.

Both engines are significantly re-tuned carry-overs from the previous model.

Though increases in both power and torque are minimal, the new engines are quieter, more refined and have better fuel economy. 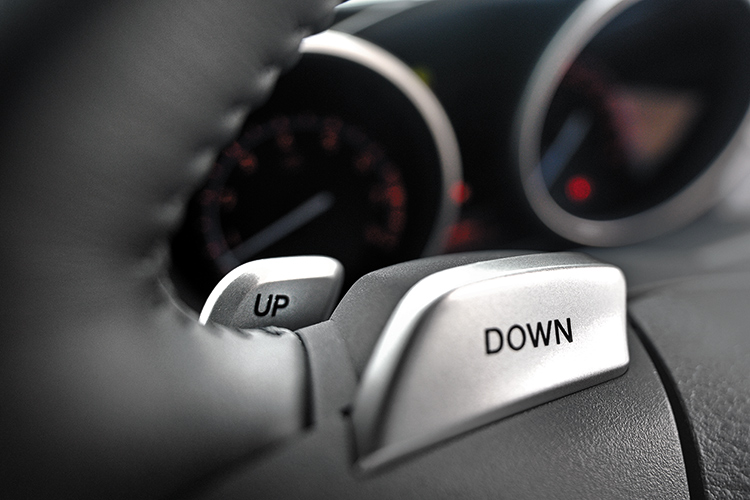 Only the 2-litre version gets paddle shifters and a 5-speed automatic.

The improved fuel efficiency will be welcomed, since the previous engines were never considered paragons of thrift.

The main seller in Singapore will be the 1.6 version, available in 1.6L and 1.6L Luxury.

The 107bhp output remains the same as before, with torque boosted by just 1Nm to 144Nm.

It retains the same 4-speed auto transmission with the new 5-speeder reserved for the 2.0L. The latter has a 2bhp boost to 150bhp and a 3Nm hike to 187Nm.

All models are impressively equipped. 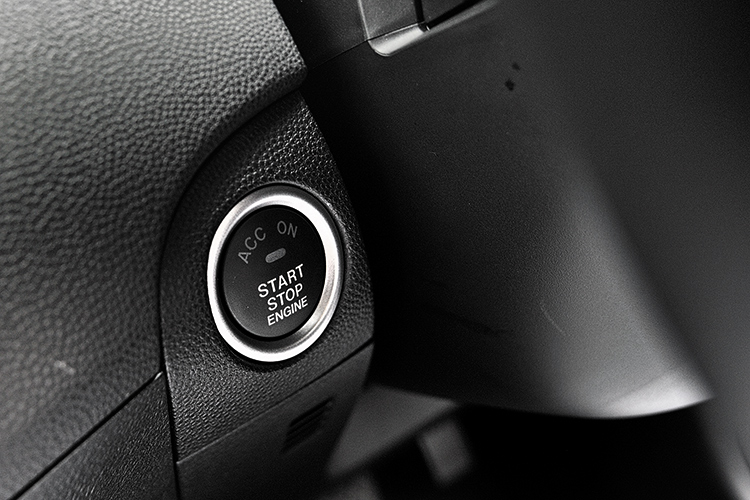 Keyless ignition now comes standard across the board.

Pay $3000 more for the 1.6 Luxury and you get xenon lights, fog lights that really spice up the face, illuminated entry, and automatic lights and wipers.

The 2.0L has all these bits plus sports seats, steering-mounted paddle shifters and a multi-information display.

But, surprisingly, all versions contend with only two airbags and no traction control (yes, even for the top-of-the-line 2-litre model).

Initial impressions of upmarket quality are borne out by the drive.

Both engine and wind noise are well suppressed, with only a trace of tyre rumble denting overall refinement.

An extra cog in the 2.0L helps quite a bit in the quest for refinement. 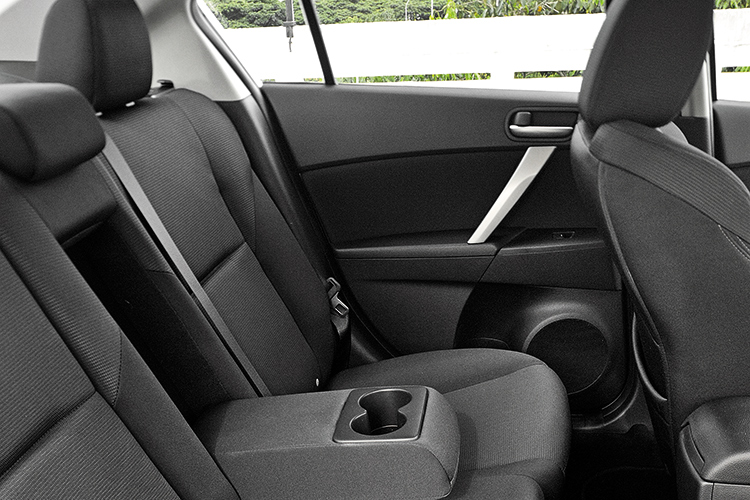 Rear bench is generously sized, but legroom is stingy.

Gear changes are smooth and throttle response cannot be faulted.

While the revised 2-litre engine is only good and not great, what sets this new 3 apart from the competition is its dynamic ability.

The steering is perfectly weighted, with decent feel and linear response to steering inputs.

It gives the driver confidence to find its handling limits.

Hard cornering reveals a trace of stabilising understeer, with just a slight tightening of line when lifting off the throttle at mid-corner. Quick lane change manoeuvres confirm both the agility and stability of the 3.

No worries of passing the moose test with flying colours!

As this Mazda is essentially a family car, it is fortunate the handling prowess has not been at the expense of ride quality.

Ride is a little firmer than expected of a Japanese car but bump control is impressive.

A wee bit more suspension travel would be ideal, but that may be asking a little too much of a car in this price range!

The boot for the sedan is a commendable 430 litres. It is big enough for a couple of suitcases.

Golfers, however, will be disappointed by the inability to place a full-sized golf bag sideways. 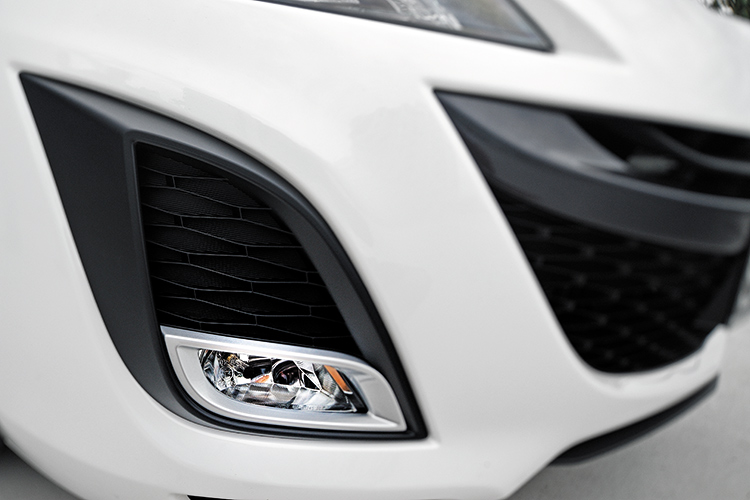 The cut-out slots at both ends of the boot are just not big enough to accommodate the base of the bag.

I suppose a slightly diagonal positioning of the bag is still better than having to fold down the seat backs of most hatchbacks before a golf bag can be placed!

The new Mazda 3 may look pretty similar to the old one, but it is a much-improved car with impressive specifications.

It now offers levels of refinement and handling which put it well up in its class. 2-litre engine is zesty but not very inspiring.

The 3 is arguably a better car than the Altis but this segment is very price sensitive.

The main competitor to the 3 will be the Honda Civic, long regarded the premium car in this class.

Prices for the 3 are now very close to Civic levels.

The Honda still scores on engine refinement, performance, cabin spaciousness and economy but the Civic is now getting rather long in the tooth.

The 3 sets the standard for dynamic handling and steering, and has the advantage of being an “all-new” car.

So if you really appreciate the supposed Zoom-Zoom attributes of dynamic excellence, the new Mazda 3 may just be your cup of tea.

And if the car turns you on, you may actually enjoy letting it ring your bell every time you fire it up! 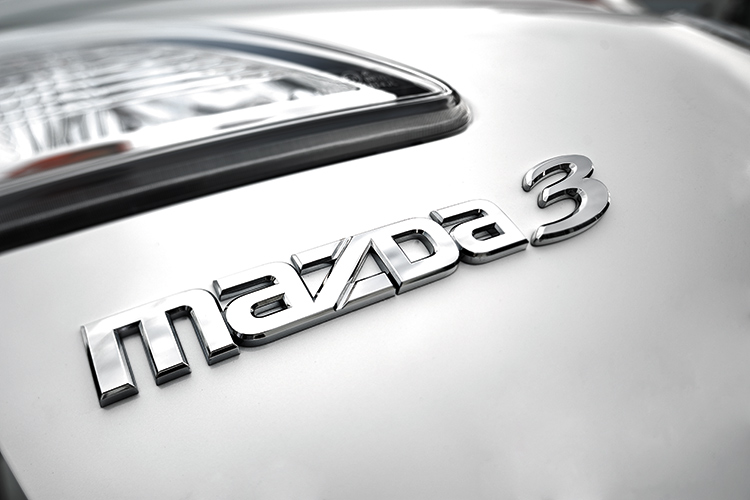 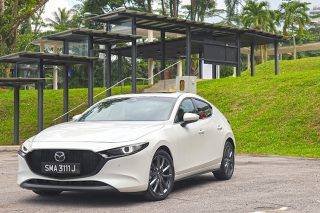