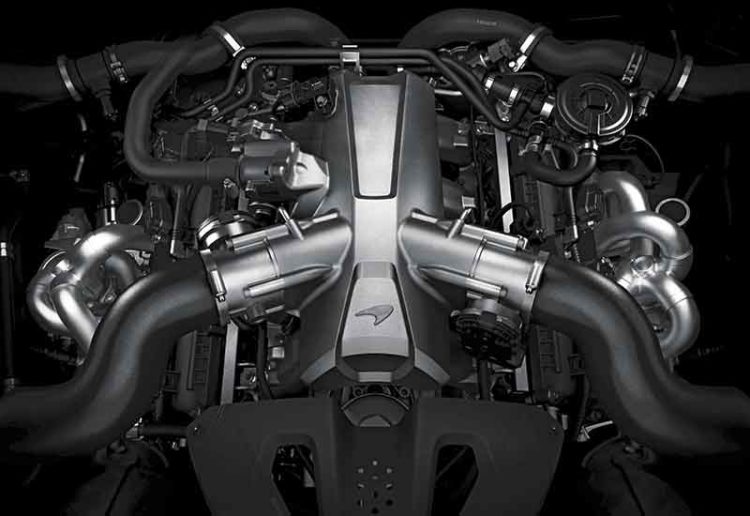 When awakened, the V8 roars to life with an explosive “bang”.

The 720S blitzes the century sprint in 2.9 seconds. It’ll go from a standstill to 200km/h in 7.8 seconds. That’s ridiculously quick when you consider that the average hatchback takes roughly 10 seconds to go from rest to 100km/h. With enough room to run, this supercar supposedly tops out at 341km/h.

So what if it “only” has a turbocharged V8?

Well, V12 purists can stick to their guns all they like, but they can’t change the fact that the 720S’ mid-mounted, twin-turbocharged 4-litre V8, codenamed M840T, is a gem of a motor.

Indeed, the M840T’s responsiveness and power delivery are so linear and razor-sharp that I swore it didn’t have a pair of turbochargers bolted to it.

As expected, the 720S feels planted on highways and dispatched winding B-roads with consummate ease. What it doesn’t cope well with are pockmarked surfaces. Even with the suspension set to Comfort, I felt conscious about my body fats jiggling so much. 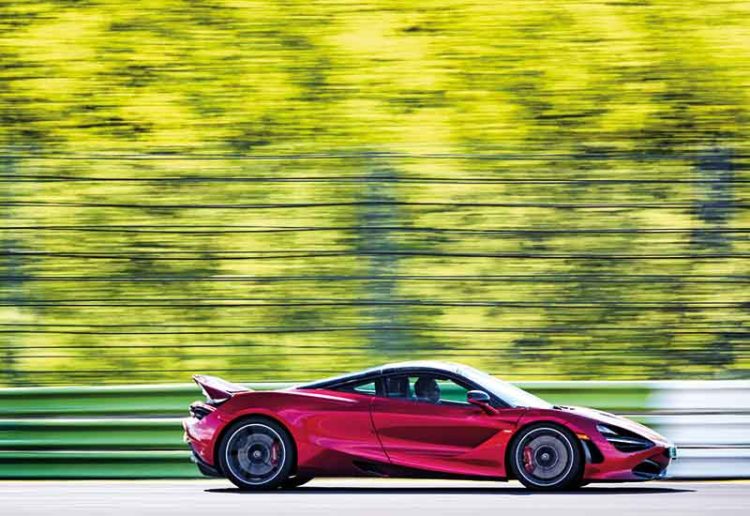 But on perfectly paved surfaces like the ones on the Vallelunga Circuit, the 720S is simply sublime.

Power aside, the car’s performance is enhanced by its stiffness and light weight, most of which comes from its new carbon fibre tub. Known as Monocage II, it is the first tub that features a roof section also made from carbon fibre. The car weighs 1283kg dry – about as much as an average compact saloon.

Past Vallelunga’s Curva Grande, I pinned the throttle to the floor and the car zoomed towards the two 90-degree corners. As the needle on the rev counter snapped to the right, I was carried by the relentless thrust, which was accompanied by a ferocious V8 soundtrack.

The V8’s rumble would rise to a thunderous crescendo as its notes blared through the dual tailpipes. With the optional sports exhaust fitted, the volume increases by 30 percent. 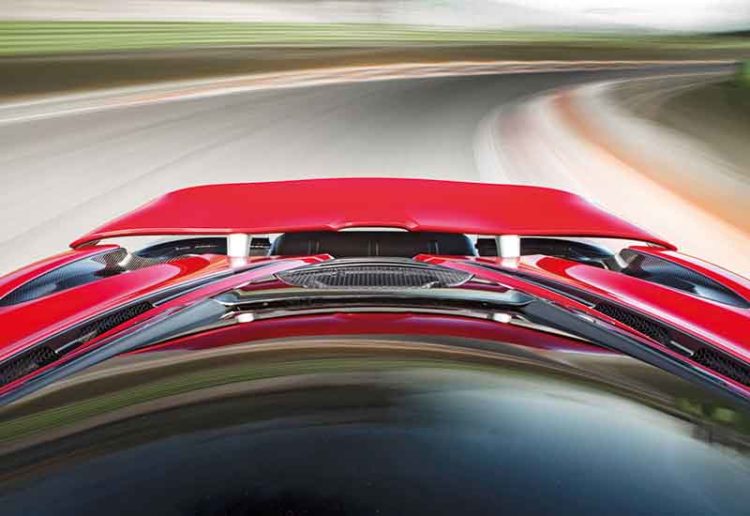 The 720S sheds speed as frantically as it piles it on. With huge carbon-ceramic brake discs (390mm in front and 380mm at the rear) and an airbrake that pops up in half a second, I had no trouble slowing down and carving through those two bends.

What was eye-opening is the car’s unflappability under heavy braking, which adds to the driver’s confidence.

On the long back straight, I opened the throttle again as my eyes darted to the instrument panel. I saw 241km/h before I nailed the brakes. On the same stretch, a racecar driver would probably be doing 270km/h or more.

During my 40 minutes on track, I grew to like the Semaforo, Tornantino and Esse corners. All three are relatively slower and trickier, with Tornantino requiring a very late turn-in.

What really blew my mind, though, was the flexible and forgiving nature of the 720S. Not once did I feel like it would bite off my head and spit out the rest of my body through the dual exhausts. 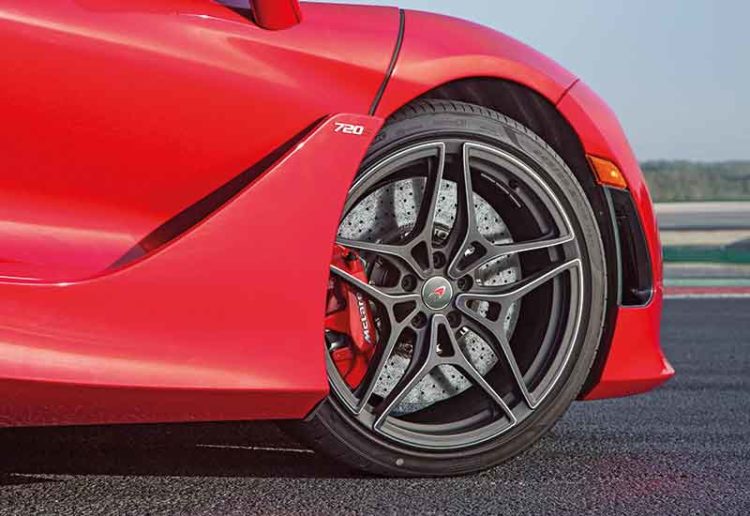 The electronically controlled suspension, dubbed Proactive Chassis Control II, is responsible for this. Even when I made a mistake and caused the car to fishtail, all I had to do was lift off the accelerator and keep the steering wheel pointed straight ahead – the car took care of the rest.

Speaking of steering, the helm is another delight. Unlike other manufacturers that have jumped on the electric-power-steering bandwagon, McLaren purposely chose an electro-hydraulic setup for the 720S.

The steering wheel literally squirms as you go over kerbs and bumps, delivering the feedback enthusiasts crave.

If you’re skilled enough, you can utilise the car’s Variable Drift Control function, which lets you set drift angles. Track-day enthusiasts will probably spring for the optional Track Telemetry app, which lets you review and compare performance data in the car – no laptop required.

At the conclusion of my track session, I removed my helmet and walked into the pit garage to sit down and slow my heart rate. I needed to clear my head. 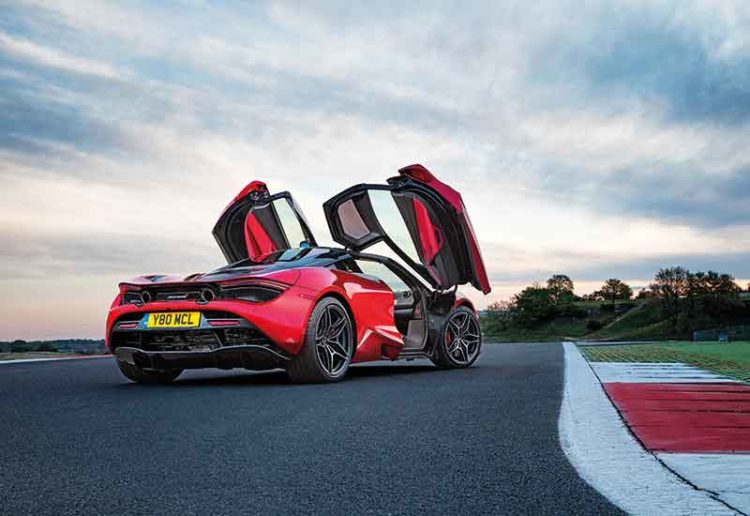 Apparently, blue flames will shoot out of the exhaust pipes when the engine is revved hard.

My adrenalin was flowing because I had just driven a blisteringly quick, precise, responsive and forgiving supercar. At the same time, my rational side was reminding me of its flaws.

Supercars aren’t just about abilities, but emotions as well.

The 720S’ potential to eliminate rivals was never in doubt. But what really struck home was how it managed to slay any pre-conceived notions of what a supercar should be.

It is, indeed, built for the kill.