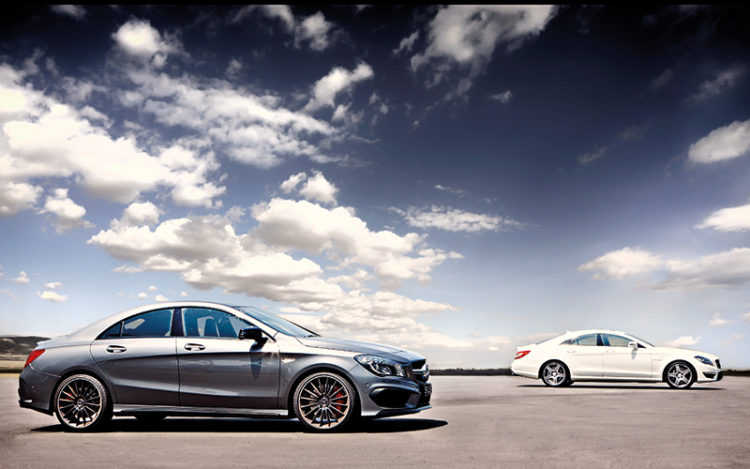 When it comes to creating madly powerful cars that are based on regular production models, there are few as mad as AMG, the performance division of Mercedes-Benz. The firm (whose initials stand for the last names of its founders, Hans Werner Aufrecht and Erhard Melcher, plus Aufrecht’s hometown of Grossaspach) has been churning out madder versions of Mercedes’ passenger cars for over 45 years.

Unlike rival monsters from BMW’s M division, which is famed for making precise, track-ready machines, AMG vehicles are better known for having too much power for public roads and being ridiculously tail-happy. 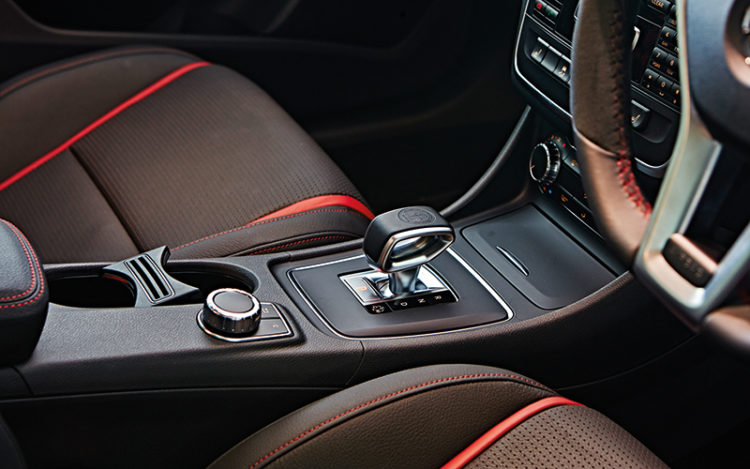 CLA45 only has Comfort, Sport and Manual settings for its gearbox.

AMG’s boffins have also worked their black magic on the CLS63 and CLA45 gracing these pages. Marketed as “four-door coupes”, both are strikingly similar in their designs – low rooflines, sensual curves and frameless windows.

A key difference is that the larger “sibling” is older and more mature (it’s based on the second-generation CLS-Class, whose predecessor started the four-door coupe trend 10 years ago), while the smaller “sibling” is younger and perhaps more immature. The juvenile behaviour of the CLA45 includes trying to upstage its “elder brother”. 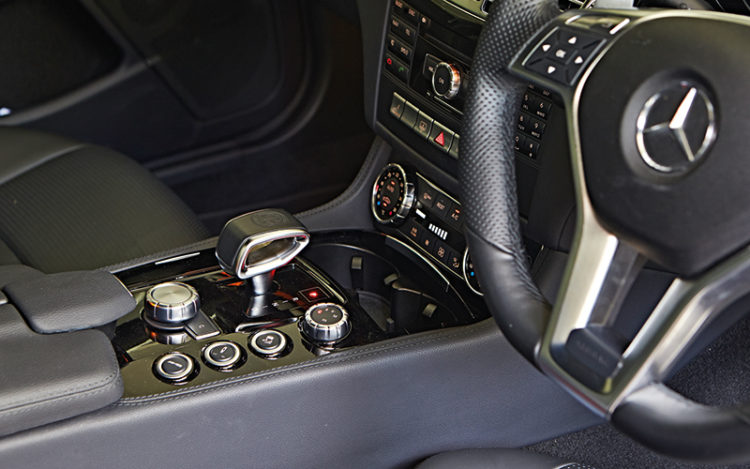 CLS63 has more modes and gadgets than the CLA45.

Both cars’ interiors are a reflection of their positions within the Merc family. The CLA, essentially the notchback version of the brand’s entry-level A-Class, shares most of its components with said hatchback and is less luxurious compared to the CLS.

Of course, the CLA45 comes with several racy touches courtesy of AMG, such as sports seats and lots of red contrast stitching to liven up the cockpit. The steering wheel has been enlivened, too, for unlike the standard-looking all-leather wheel in the CLS63, the CLA45’s is flat-bottomed and trimmed with Alcantara.

The CLS63, on the other hand, has a more refined cabin with comparatively restrained aesthetics. The seats are wider and cushier than those in the CLA45, and the only clues to the car’s staggering performance are the words “V8 Biturbo” on the tachometer and the special switchgear found beside the gearshift lever, which enables the pilot to adjust various vehicle settings on the fly. 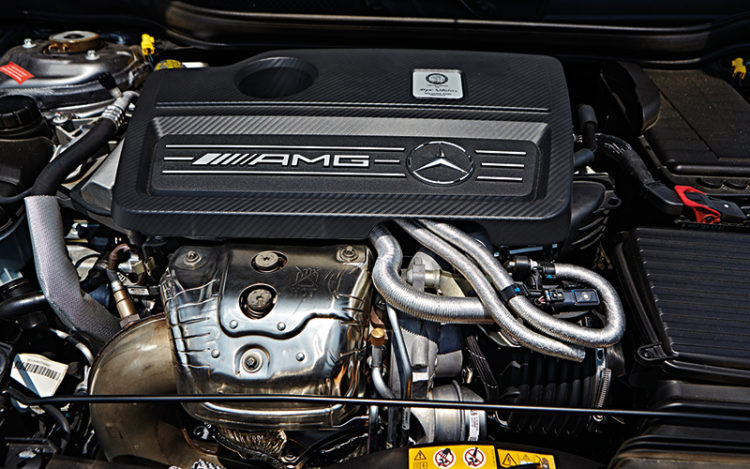 CLA45’s 2-litre 4-pot only has one turbo while its siblings has two, but each engine is still built by a single engineer.