Mercedes-Benz A200 review: A-Class deserves an A for effort | Torque
Loading posts... 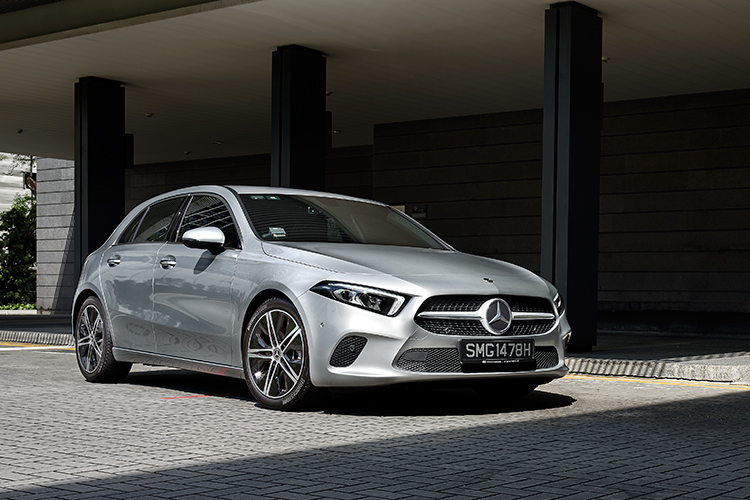 The all-new Mercedes-Benz A200 is a more tempting proposition than its predecessor.

It offers better performance, more advanced technology and more safety features than before.

But only eagle-eyed buyers may be able tell it apart from the older model.

Given the success of the preceding A-Class, Mercedes didn’t do anything radical to the new model’s design. 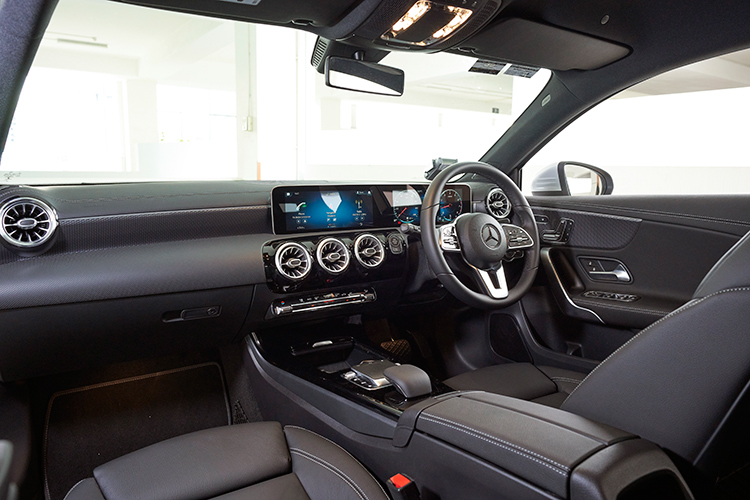 High-tech cockpit is well laid-out, but ultimately a mixed bag. Some materials feel luxurious, but others, cheap.

That said, the A200 has slightly sharper lines and more angled headlights.

Its front end is now reminiscent of the handsome CLS model, and still retains the “bling” or diamond-look grille.

Despite looking similar to its predecessor, the A200 has actually grown bigger.

Overall, it is 120mm longer. Its wheelbase has also been stretched by 30mm to improve interior space. 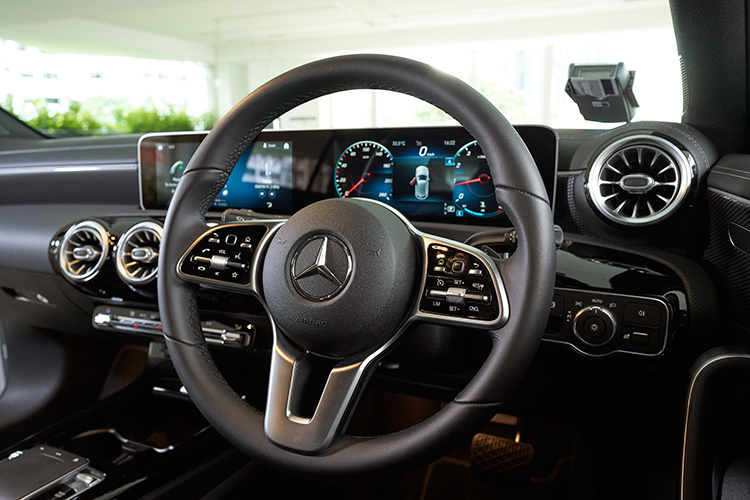 Mercedes engineers have improved the car’s aerodynamics, too.

If you thought the new A200 has underwhelming looks, you’ll change your mind after getting behind the wheel. 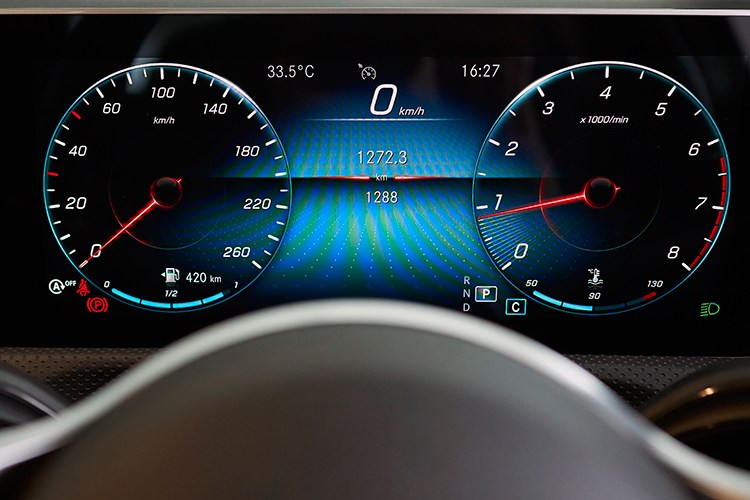 Mercedes’ digital instrument panel is the most gorgeous we’ve seen in a while, with bright colours and excellent resolution.

You’ll definitely be able to match the cabin’s mood to yours.

Although luxurious, some materials in the cabin felt a bit cheap.

I expected the column stalks (especially the gearshift stalk) and air-con controls to feel less plasticky and more robust.

MBUX consists of a pair of 10.25-inch high-resolution displays. 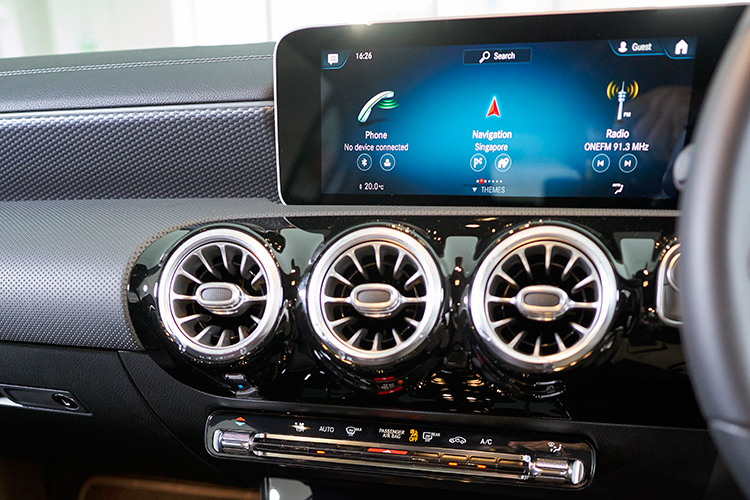 One screen takes the place of the analogue instrument cluster, while the other serves as the interface for the infotainment system.

For instance, if you say, “Hey Mercedes, it’s too warm”, the system will respond by lowering the air-con temperature settings.

If you programme your home or office address into the system, you can also say “Hey Mercedes, show me the way home.” 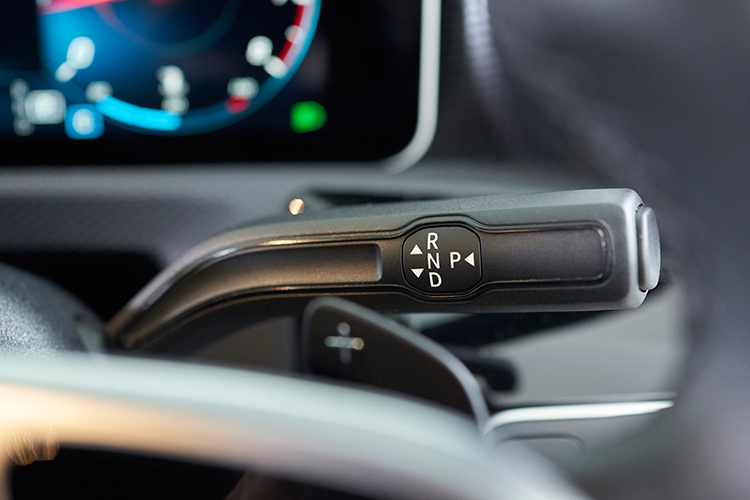 A200 has the same column-mounted gearshift lever found in its more expensive siblings. Too bad that it feels relatively plasticky, though.

Getting the system to adapt to me may take longer than my 3D2N drive.

I had to say “Hey Mercedes, show me the nearest restaurants” three times before the system showed me a list of establishments.

But when I said, “Hey Mercedes, show me Italian restaurants”, MBUX didn’t understand me. 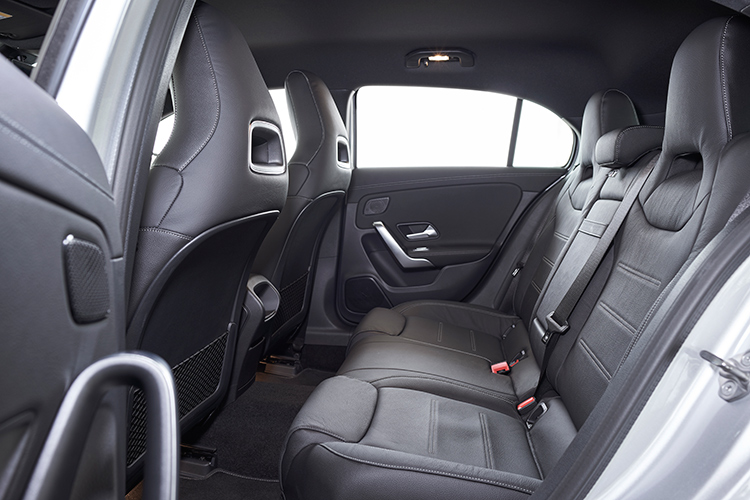 I have a feeling that these other functions have to be programmed into the system.

And the system will need to be constantly updated, too, before it can process these kinds of requests. 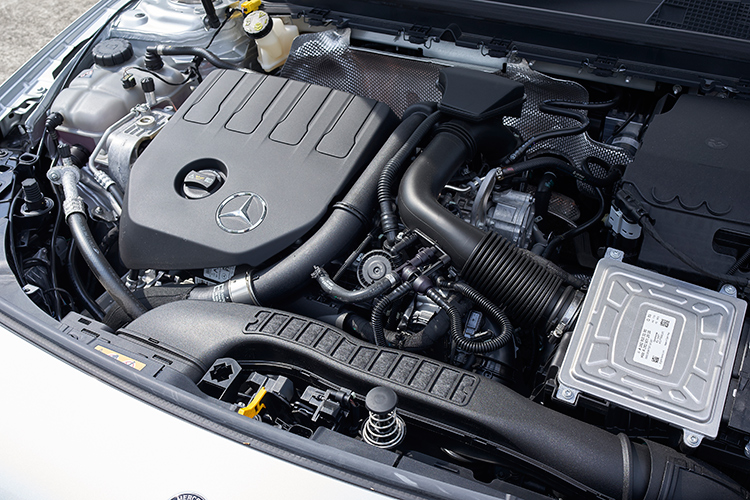 A200 is a more pleasant drive than before

I’ve always felt that the previous A-Class tried to be too sporty – even if it wasn’t.

The good news is that the new A200 doesn’t suffer from this hangup.

Better still, the A200’s power delivery to the front wheels via its 7-speed dual-clutch gearbox is more linear than before. 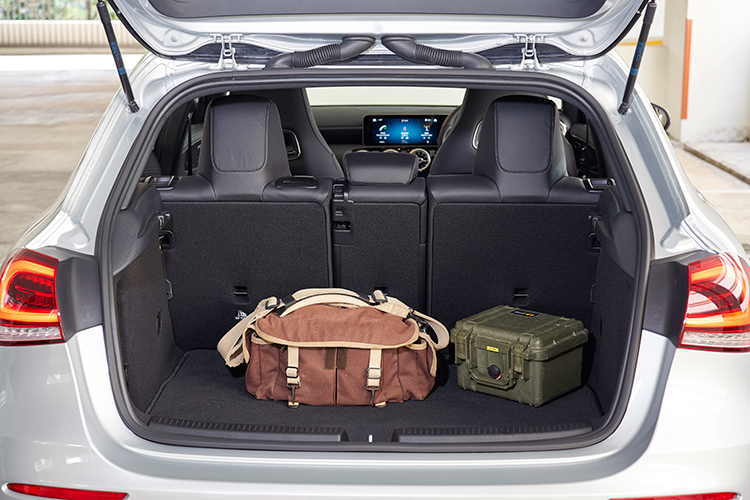 Moving off from a standstill is seamless (no jerky behaviour here), which makes pottering about in traffic easier.

Acceleration is decent, with the A200 clocking a respectable century sprint time of 8 seconds – quick enough to see off most family saloons.

The A-Class, however, could do with better responsiveness when shifting from P to R, or from D to R and vice-versa.

There seems to be a bit of lag with the gearbox. Even when I’m at a complete stop, shifting from D to R often required a second or third try before the correct gear was engaged.

If it’s a software bug, Mercedes needs to squash it, and soon. 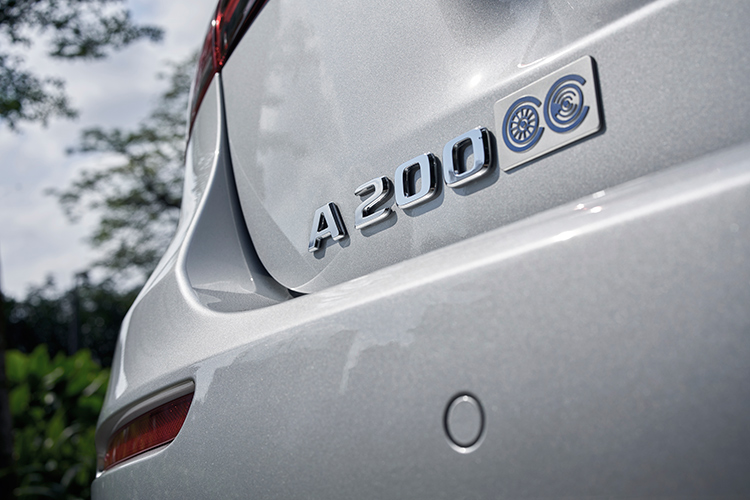 Improved ride and handling, but that engine note…

The new A200 does a swell job of cosseting its occupants.

While the previous A-Class tried to feel sporty by delivering a too-firm ride, the latest A200 is decidedly pliant.

Better insulation and a stiffer body are responsible for this, along with the reduced road and wind noise.

Handling is tidy as well. The A200 doesn’t mind being chucked around corners, with the electric power steering responding quickly to inputs. 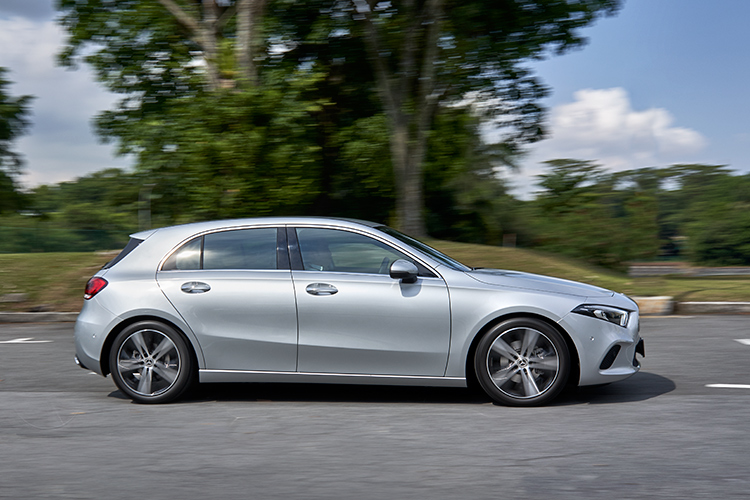 Both the A200 and A180 have torsion beam suspensions, but this doesn’t seem to affect agility.

Currently, only the A250 has rear multi-link suspension.

What the A200 does need is a better-sounding engine note when you’re using the manual override.

Over the three days, I couldn’t decide if the boomy soundtrack was annoying or acceptably sporty.

Perhaps it’s best to leave the drive mode in Comfort. An A for effort

The A200 definitely deserves an A.

It improves upon its predecessor’s shortcomings by offering more space, equipment and performance.

The A200’s only downsides are its questionable switchgear quality, “sporty” engine note and learning curve for the MBUX.

But if you’re in the market for a premium hatchback, the A200 deserves some serious consideration.