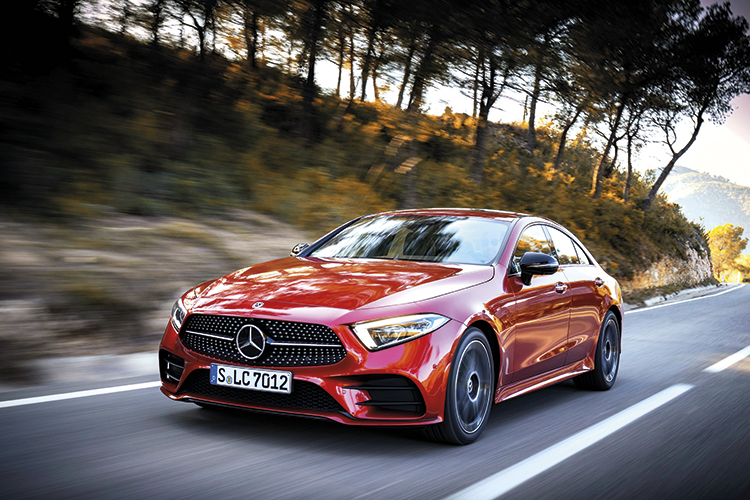 Marketing is a very powerful tool. It can make or break a product, and convince consumers to buy into products that may sometimes not make any sense.

Take the Mercedes-Benz CLS, for example. When the German carmaker launched the first-generation model back in 2003, it was marketed as a “four-door coupe”.

At that time, I liked the car’s swoopy lines. But I was never taken in by Mercedes’ advertising or marketing-speak.

To me, there is no such thing as a four-door coupe. The CLS has four doors and a notchback bodystyle, so it is a saloon – period. Even till today, the CLS continues to be based on the E-Class saloon. 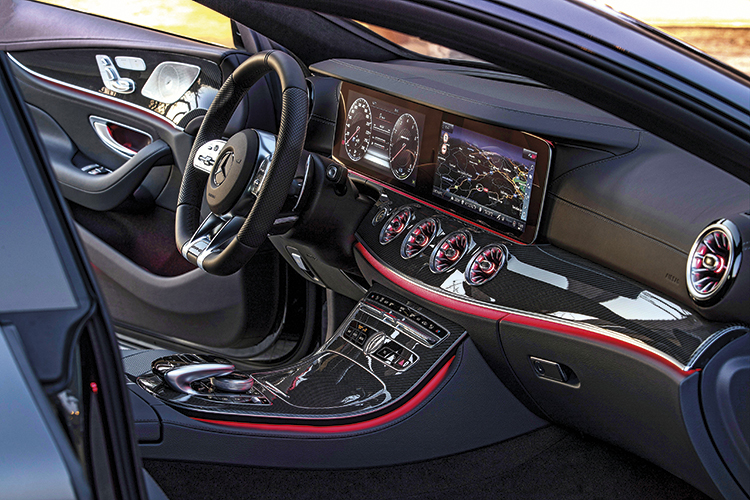 Undoubtedly high-tech and swanky, but the cockpit’s similarity to the E-Class’ makes it feel less special.

But whatever you might call the CLS, it became a success and spawned an entirely new segment. In 2010, the CLS’s first rival arrived in the form of a fastback – the Audi A7 Sportback. BMW followed in 2012 with the 6 Series Gran Coupe.

And with Audi having recently introduced the second-generation A7 Sportback, the release of the third-generation CLS couldn’t have been timelier.

Compared to its chunkier-looking predecessor, the latest CLS has a cleaner and more chiselled design. With its shark nose-inspired front end, it’s the most aggressive-looking CLS to date, too. 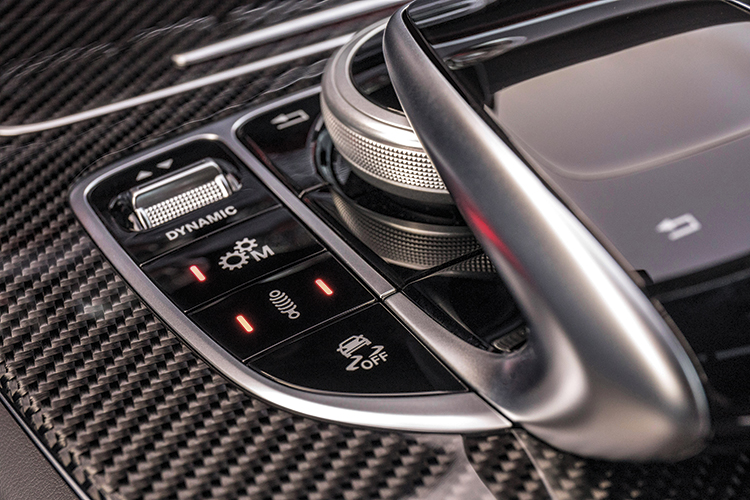 The new leaner design disguises the car’s increased dimensions over the older model. At 4988mm, the overall length has grown by 48mm, while the 2939mm wheelbase is 69mm longer than before.

The longer wheelbase definitely improves interior space, but more significantly, the CLS is now a practical five-seater because, for the first time, it can accommodate three adults on the backseat.

In another nod to practicality, the CLS also has 40:20:40 split-folding rear seats, which increases its flexibility as a load-hauler. 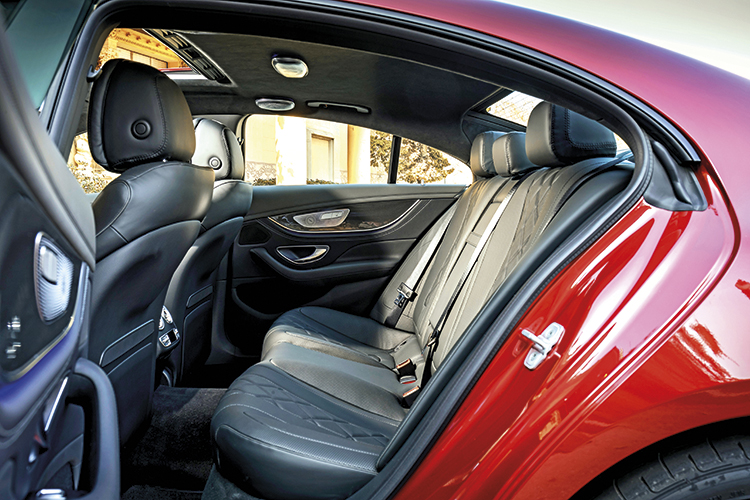 Third-generation Mercedes-Benz CLS is now a five-seater, with 40:20:40 split-folding rear seats that make it a more flexible load-hauler this time around.

Even more impressive is the fully digitised cockpit. As seen in the E-Class and S-Class, the instrument panel and infotainment system are now displayed using two 12.3-inch screens with attractive and colourful graphics.

Speaking of colour, the CLS is the first Mercedes with illuminated air-con vents. There are 64 selectable colours, and the vents momentarily glow red/blue if you raise/lower the air temperature.

All of this technology makes the cabin feel spaceship-like. But there’s no stopping the march towards digitisation. If you like your cars analogue, look elsewhere. 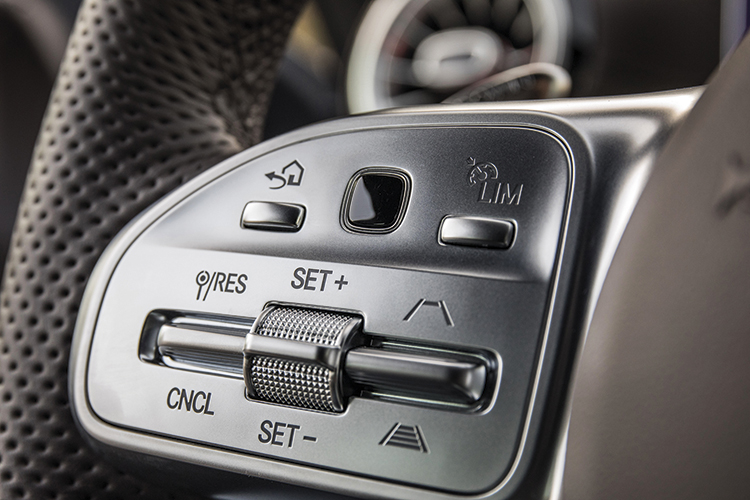 More familiar to Mercedes owners is the refinement delivered by the tristar brand. Past CLS models have never been short on refinement, but the latest model takes this up by another notch, with more sound-insulating materials and optimised aerodynamics to reduce wind noise. There’s also an optional Acoustic Comfort package, which gives you laminated glass windows.

The CLS cabin is pretty darn quiet on the go. For a car with frameless windows, there is very little road noise and wind noise is non-existent until you’ve reached 170km/h. Even then, I could carry on a conversation with a fellow journalist, without either of us having to raise our voices.

For even greater comfort, the CLS is available with Active Distance Control and Active Steering Assist. The former is Mercedes’ adaptive cruise control, which automatically adjusts the car’s speed and maintains a safe distance from the vehicle in front, while the latter helps keep the car within its lane by applying steering corrections. 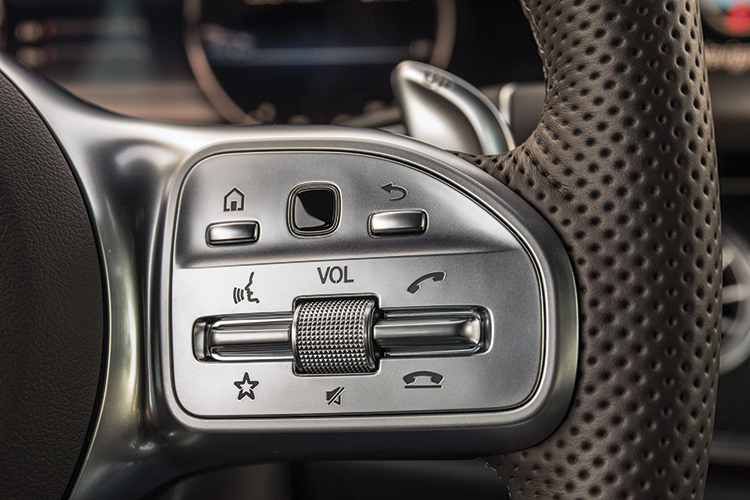 Mercedes-Benz CLS has controls whose premium feel is further enhanced by the tactile buttons and knurled finish on the knobs and rollers.

However, I found Active Distance Control to be inconsistent. When I was stuck in evening rush-hour traffic, the system didn’t always react quickly enough the moment the vehicle in front began moving. This left a gap between my car and the one ahead of mine.

For the Singapore-bound CLS, perhaps Active Distance Control should have a “SG” setting that maintains a 30cm distance to the car in front, so as to prevent other vehicles from cutting into your lane. And since there are PMD owners who insist on riding on the roads, a more aggressive “PMD” mode to reduce the gap to 10cm might also be needed. 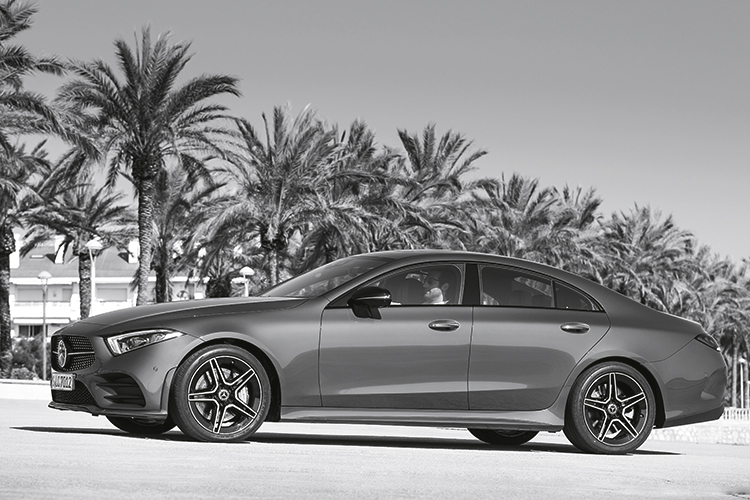 With the CLS having ticked the boxes for refinement and convenience, I was curious to see how it would perform on the winding mountain roads outside Barcelona.

Key to the CLS450’s performance is its new mild-hybrid powertrain. It consists of a turbocharged 3-litre inline-6 producing 367hp and 500Nm, paired to an electric motor and a 48-volt power supply. 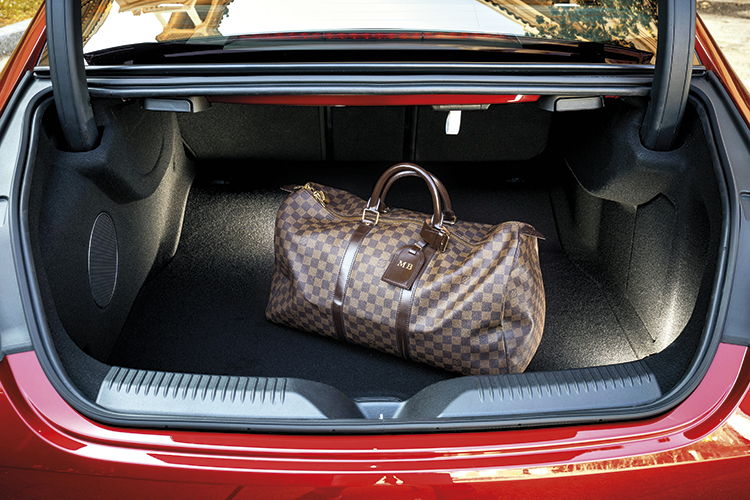 The electric motor is responsible for key components such as the start-stop functions and air-conditioning. And apart from recuperating energy to recharge the 48-volt battery, it also contributes an additional 22hp and 250Nm for brief periods, or what Mercedes calls EQ Boost.

Driven in anger, the CLS450 goes from rest to 100km/h in 4.8 seconds. The scenery whooshes by in a blur, but as you come to the first bend, you’ll immediately realise that tearing up mountain roads is not this car’s forte.

The nose feels vague as you turn into a corner. Push harder and understeer begins to set in, with the 19-inch tyres squealing as they attempt to latch onto the road.

Far more eager to display its dynamic abilities is the AMG CLS53 4Matic+. Packing 435hp and 520Nm (there is also an additional 22hp and 250Nm available from its EQ Boost system), the CLS53 completes the century sprint faster (4.5 seconds versus 4.8 for the CLS450) and does it with a throatier and more forthcoming exhaust soundtrack, too.

The CLS53’s 9-speed automatic gearbox also seems to be more responsive than the identical unit in the CLS450. On many occasions, I would arrive at corners with the transmission in 5th gear, and as I nailed the brakes, the gearbox would rapidly downshift thrice. So seamless were the gearchanges that had it not been for the accompanying delicious throttle-blips, they might have gone unnoticed. With its firmer suspension setup and a front end with more bite, I could corner faster in the CLS53 than in the CLS450. The former’s fully variable torque distribution, as opposed to the latter’s fixed 45/55 percent split between the front and rear axles, also contributed to the car’s enhanced nimbleness.

But if you ask me, the most agile CLS model is probably going to be the one powered by a turbocharged 2-litre 4-cylinder engine, which Mercedes says is capable of “up to 220kW” or 299hp. 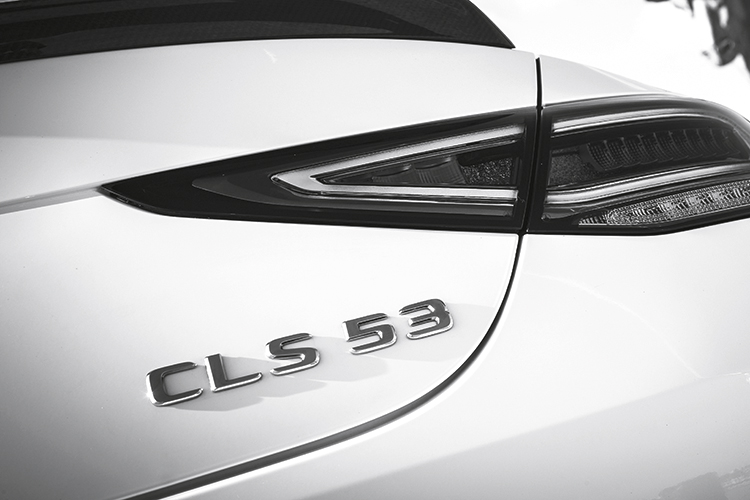 The pre-production unit I drove did not have a model designation, although I suspect it will either be CLS300 or CLS350. I only had 10 minutes with this rear-wheel-drive 2-litre model, but it proved to a refreshing drive, for unlike its two more powerful siblings, it actually enjoyed being flogged.

If Mercedes-AMG can imbue the next range-topping CLS63 model with such verve and nimbleness, it’ll definitely be a “four-door coupe” that’s worth driving. It might even give its more potent fastback sibling, the AMG GT 4-Door Coupe a run for its money.

But no matter how it turns out, the CLS will still be a saloon to me. And no marketing or PR manager is going to convince me otherwise. 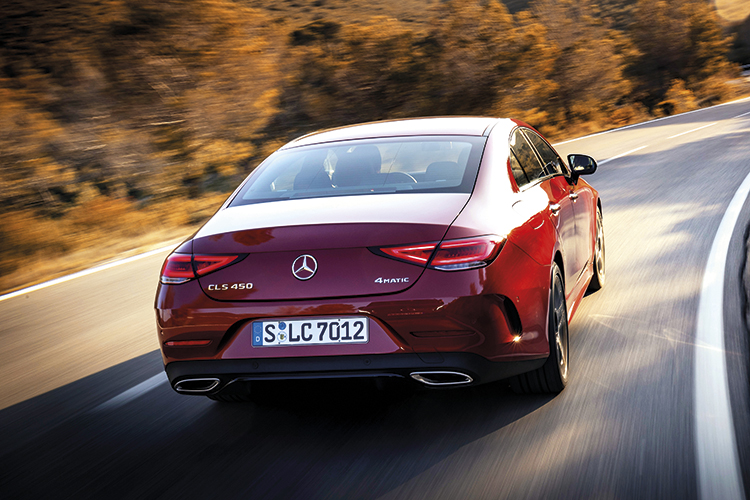 The Mercedes-Benz CLS has never been short on refinement, but the latest model takes this up another notch with more sound insulation and improved dynamics.