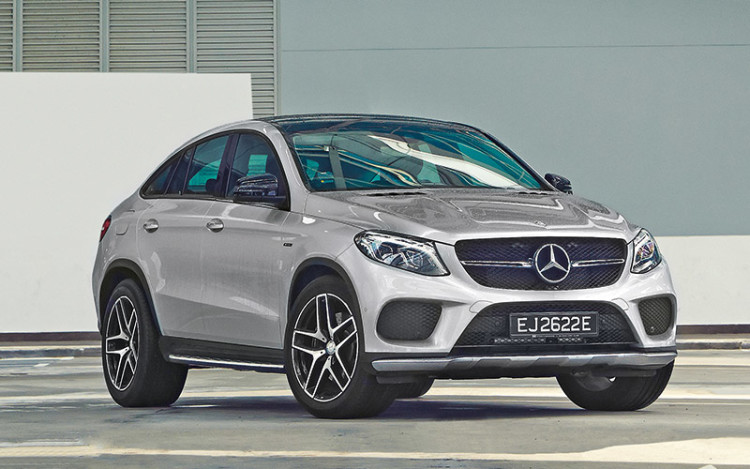 The GLE is not an all-new model. It is the heavily updated version of the M-Class sports utility vehicle (SUV), which is now called the GLE-Class.

The new naming convention ensures that the model names of Mercedes’ SUVs reflect which segment they belong to. The GLA belongs to the A-Class division, while the GLC and GLE belong to the C-Class and E-Class segments respectively.

The GLE actually has two model variants – the GLE SUV and the GLE Coupe. The former has a squarer, more rectangular design than the latter. Naturally, “Coupe” is a misnomer, for the GLE is still an SUV, no matter what the marketing folks would like you to believe. 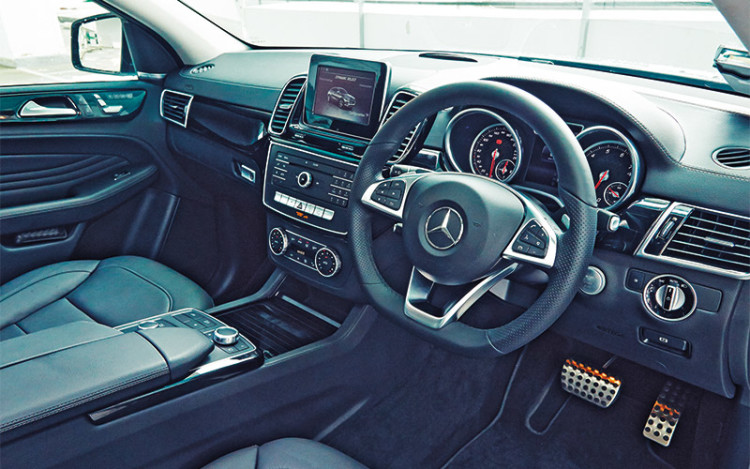 Mercedes-Benz has made two errors with regard to the GLE Coupe. The first is describing it as a “mid-size” sports utility vehicle. The second is calling this variant a “coupe”.

There is nothing “mid-size” about the GLE Coupe, which stands 4.9m long, 2.1m wide and 1.7m tall. And there’s nothing coupe-like about it either, despite its fastback body and swoopy roofline. 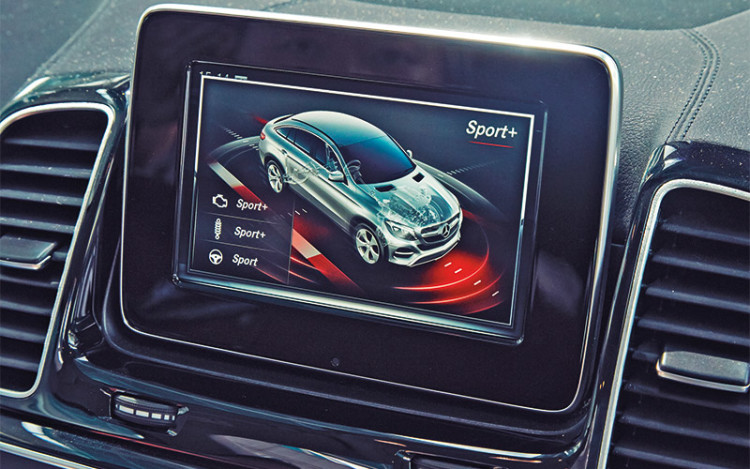 The graphics are sharper, but the screen looks like it was glued onto the dashboard.

But if the styling similarities were done on purpose, then BMW’s designers can pat themselves on the back, because Mercedes-Benz just paid them a huge compliment.

Now, while the GLE Coupe’s exterior looks very different from that of its M-Class predecessor, its overall interior design is unchanged, except for the infotainment system and new three-spoke steering wheel. The former now has a larger screen with nicer graphics, while the latter offers better grip, thanks to its contoured shape. The previous four-spoke steering wheel was plain and did not even have thumbrests.

All these sporty elements would be for nought if this car didn’t pack a punch. The GLE450 AMG is equipped with a bi-turbo 3-litre V6 that churns out 367bhp and 520Nm. The motor is paired to a new 9-speed automatic gearbox, which is supposedly quicker than the 7-speed auto it replaces. 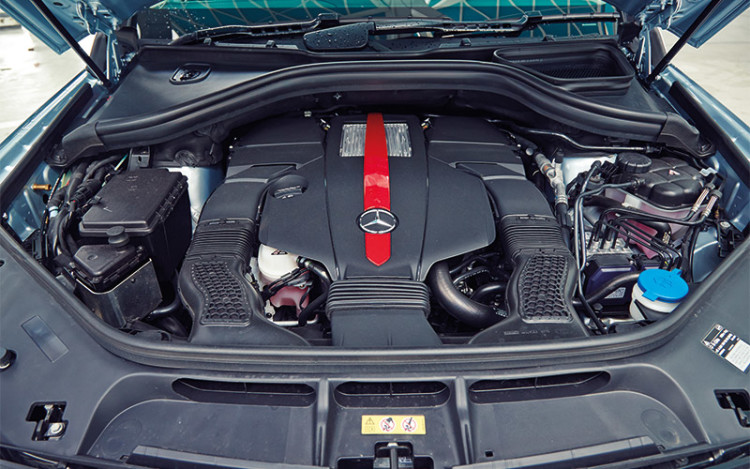 In real-world conditions, you’d probably only achieve half of Mercedes’ claimed 11.2km/L.

In my experience, the 9-speeder does feel like it shifts faster, but it is not as smooth as the 7-speed unit.

If you’re wondering why the outputs aren’t bigger despite the AMG badge, it’s because this car is an AMG Sport model – its performance is between regular Mercedes-Benzes and Mercedes-AMG cars. AMG Sport models are Mercedes’ answer to Audi’s S and BMW’s M Performance vehicles.

The GLE450 AMG is no slouch, despite it not being a full AMG model. This 2.1-tonne beast will astonish hot-hatch drivers with its century sprint time of 5.7 seconds, and leave them wide-eyed with its surprising cornering abilities. 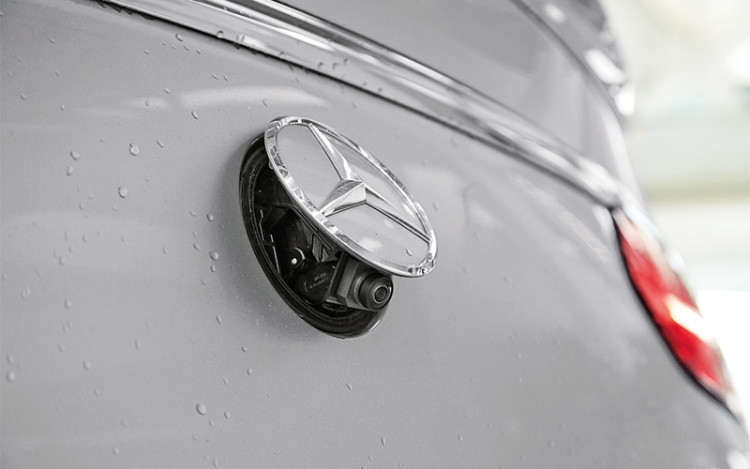 The reversing camera is hidden behind the tristar badge.

Thanks to the 4Matic all-wheel-drive system and ginormous 21-inch tyres, this automobile has plenty of grip, allowing you to carve through corners quicker than you’d normally dare to. With the Dynamic Select set to Sport+, the gearbox even blips the throttle when downshifting to enhance the experience.

Driven enthusiastically, the Merc eagerly charges through traffic with its massive presence, willing its driver to push it harder. This SUV, however, doesn’t match its X6 rival in terms of outright agility. True to Mercedes’ penchant for comfort, its dampers are tuned to offer a cushier ride than the Bimmer.

This vehicle has its flaws – its large size makes it unwieldy, and it’s quite thirsty, too. I also don’t fancy its resemblance to the X6.

Come to think of it, that’s what makes the GLE450 AMG Coupe a big, badass Benz. 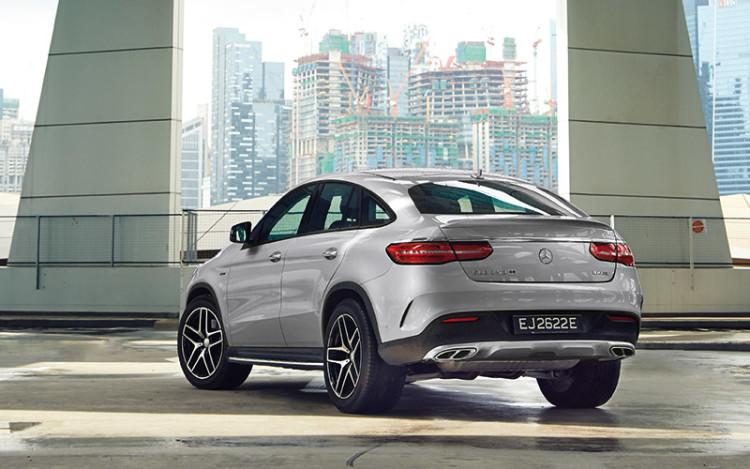