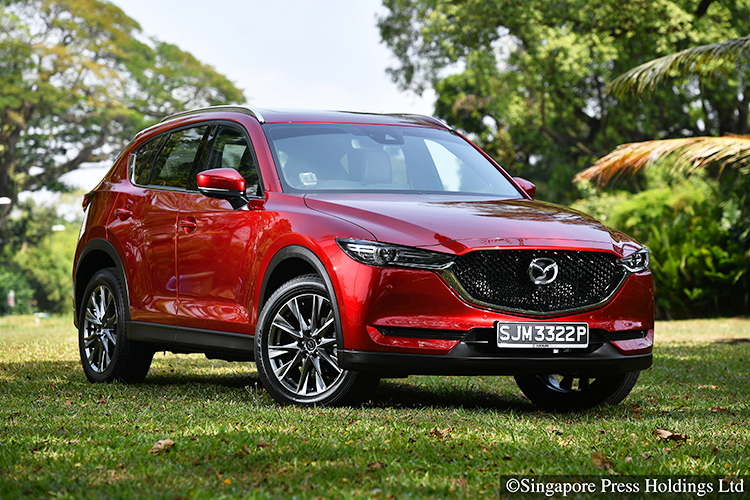 Mazda has given its CX-5 crossover a facelift.

But exterior-wise, you will not spot any changes except for its new set of wheels.

That is not necessarily a bad thing, as the CX-5 still looks contemporary.

Inside, the car’s plush cabin rivals those you see in some of its European competitors.

The infotainment system has been upgraded to work with both Apple CarPlay and Android Auto.

Adding to the posh factor are Nappa leather seats, which are more commonly seen in luxury cars.

Front seats are now ventilated – a most useful feature in this weather.

Safety-conscious buyers will be glad to know that the upgrades go beyond comfort and cosmetics.

The seatbelt warning now works on all seats, allowing the driver to know which passenger has not belted up.

Instrumentation now includes fuel efficiency and distance before refuelling, allowing the driver to access the information at a glance without the need to push a button.

The most noteworthy upgrade to the CX-5 is G-Vectoring Control Plus.

Engine torque is momentarily reduced when the driver enters a corner, shifting the car’s weight to the front tyres and enhancing their grip.

Once the steering angle is maintained, torque is restored and the weight shifts back to the rear wheels. 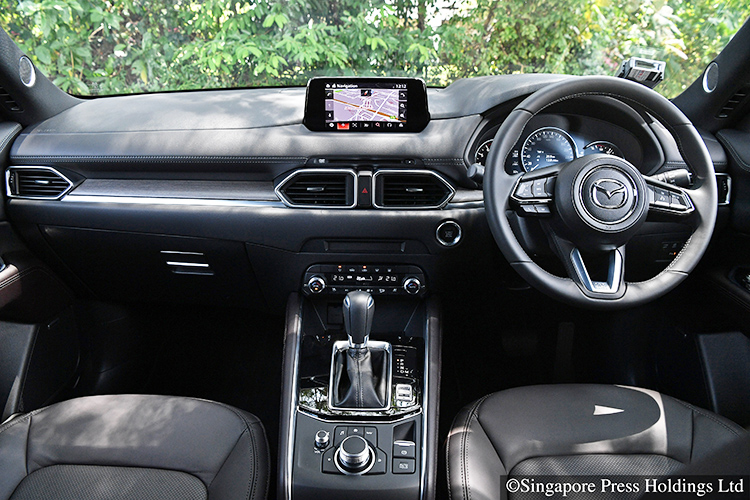 The Mazda CX-5 2.5 Luxury has seats upholstered in nappa leather.

And as the car exits the corner, the system applies a slight braking force to the outer wheels.

Most drivers are unlikely to pinpoint the exact mechanism at work, but the effects can be keenly felt.

The CX-5 feels very stable and far more confident around bends than other sport utility vehicles I have driven.

During a long journey, a passenger who is prone to carsickness commented that she could surf on her phone without feeling nauseous.

A fuel economy of 10.5km/L was achieved with a mix of city and highway driving, not too far off from Mazda’s stated 13.9km/L.

Packing the same SkyActiv-G 2.5-litre engine that churns out 191hp and 258Nm of torque, the CX-5 pulls well.

It does the century sprint in 8.9 seconds – respectable for a car that is not turbocharged and tips the scales at 1615kg.

Its rival includes the popular Toyota Harrier, a 2-litre turbo which hits 100kmh in 7.3 seconds.

The Harrier’s 456-litre boot is also slightly bigger than the CX-5’s 442 litres.

However, the CX-5 looks decidedly more stylish and has a cabin which feels more opulent.

But its road tax is heftier than the 2-litre Toyota’s.

But if you prefer the revvy characteristics of a normally aspirated engine, the Mazda wins.