One-litre cars faded into oblivion when the COE system underwent, in 1999, the first of its many revisions.

That revision, which merged four car categories into two, forced budget cars such as the Suzuki Swift and Hyundai Atos to compete with costlier 1.6-litre rivals.

Clearly, they could not – and they exited the market.

But with renewed carbon consciousness, these small displacement cars could make a comeback. And thanks to turbocharging, small engines are now able to punch above their weight.

While it was the Japanese who dominated the small-displacement scene here in the 1980s and 1990s, the charge of the light brigade is now led by the Europeans. What they have come up with so far looks promising.

Ford’s Fiesta 1.0, for instance, is an absolute riot despite its size. Ford has also installed its one-litre engine in its Focus and its big Mondeo sedan.

Opel, too, has embarked on this downsizing journey. The award- winning Astra is available with a one-litre engine. More amazingly, so is its Astra Sports Tourer – making it the station wagon with the smallest engine here.

But unlike Ford, which has paired its diminutive power plant with a smooth dual-clutch transmission, Opel has picked a robotised manual gearbox.

The Europeans love this gearbox, apparently. But I would rather have a fully manual car than one with this semi-automatic. The semi-automatic is often laggy and lurchy, giving the impression that there is a phantom co-driver at the helm.

Despite that, the Astra 1.0 is not too unpleasant to drive. Driven at a leisurely pace, the transmission’s quirkiness is almost muted. It is only when you need acceleration urgently that the gearbox betrays its heritage. 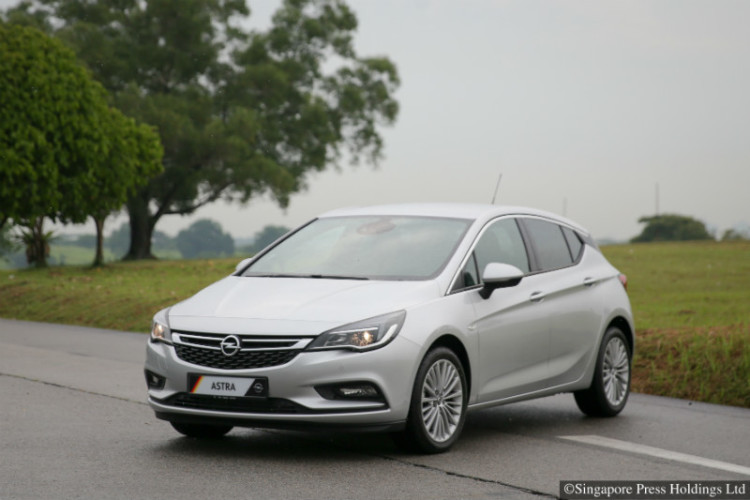 It makes parking tougher too, especially on a gradient. The system goes from zero engagement to full engagement in a flash – not the kind of behaviour you appreciate in tight confines.

All said, the version in the Astra is more refined than earlier clutch-actuated manuals. Still, I would pick the Astra 1.4, fitted with a traditional six-speed autobox, over the Astra 1.0.

The Sports Tourer 1.0 is intriguing. Not only is it a station wagon with the smallest engine here, but it is also the least expensive wagon on the market.

It is more than 30cm longer than the hatchback and stands slightly taller. Overall, it looks like it is too big for a one-litre engine.

But the drive quickly dispels all doubts. While no sprinter, the Sports Tourer gets up to a canter easily. What is most impressive about it is its ride quality, which is superior even to the Astra’s already accomplished standard.

As a wagon, the Sports Tourer does not disappoint. It has a sizeable stowage area (540 litres) which one can access via hands-free tailgate. This tailgate can also be operated with a knob on the driver’s door – and you can even choose to open it fully or halfway. The car comes with an extra 12-volt outlet at the back.

And as wagons go, it is pretty good-looking, with lines that do not detract much from the Astra’s sleekness. Like the hatchback, the wagon is well built, with a fit and finish almost on a par with what you would find in a premium car.

Taking centre stage on the fascia is a large infotainment touchscreen offering connectivity to Android and Apple phones (allowing you to replicate your device on the dash).

All that in a carbon-light, road tax-friendly package.