The European hatchback segment has long been ruled by the Volkswagen Golf, which is known for its combination of space, refinement and zippy performance. Indeed, the current Mk 7 Golf is so well-engineered that we voted it the 2013 Straits Times Car of the Year.

The Golf, however, should start looking over its shoulder because the all-new Peugeot 308 has arrived.

Eschewing the quirky look of the previous model, the current car has a more stylish and resolved design. The headlamps (LEDs on Allure variants like this one) are more elegant and the body possesses flowing lines.

The 308’s stance is also a lot more dynamic than before. Thanks to the shortened overhangs, all four wheels are now closer to the corners of the vehicle.

Dimensionally, the car’s height has been reduced by 26mm in order to lower its centre of gravity, while its overall length has been shortened by 23mm to 4253mm. The wheelbase, however, has been lengthened by 12mm to increase passenger space.

More significantly, its chassis is based on the carmaker’s EMP2 platform, which is 70kg lighter than the platform underpinning the preceding model.

Reflecting these advancements, too, is its high-tech, minimalist interior. Indeed, the dashboard is no longer cluttered with buttons and switches.

Instead, the climate control, hi-fi and various car settings can only be accessed through the infotainment system’s 9.7-inch touchscreen.

This is certainly more attractive compared to the 308’s predecessor, which has a dated-looking cumbersome-to-operate audio system.

This bold move, however, may be difficult to accept for more old-fashioned drivers, who prefer manual controls to touchscreen wizardry. There is logic to this argument: If the infotainment in the Peugeot 308 goes wonky, there will be no way to switch on the air-conditioning or adjust the temperature.

Also, if one becomes too reliant on the 308’s Park Assist function (which helps with parallel and reverse parking manoeuvres), one could be rendered helpless if there’s a problem with the infotainment unit.

That said, the system as a whole is very intuitive and we did not encounter any issues with it during our three-day test-drive.

We did have a question, though, with the placement of the instrument cluster, as it is always partially obscured by the top of the steering wheel.

It didn’t matter if we adjusted the driver’s seat height, or raised or lowered the steering wheel’s angle – the lower part of the gauges remains blocked. The “hidden” cruise control stalk is also annoying, but thankfully, operating said function is a cinch.

Ferrying passengers is also easier, thanks to the roomier backseat, which offers more legroom. Foot space, however, is rather tight, and the middle occupant will have to contend with the rearward-protruding centre console.

On the upside, the doorbins are generous, thus ensuring plenty of storage for loose items.

Also abundant is the 308’s new powerplant – a turbocharged 1.2-litre 3-cylinder unit. This motor delivers 129bhp and a stout 230Nm, which Peugeot claims is enough for a century sprint time of 10.7 seconds. The motor is efficient, too, as it can return 19.2km per litre.

What’s really impressive about this engine, though, is its refinement. It starts up quietly and goes about its business in a smooth manner. Stretch the revs to 5000rpm, however, and it emits a rorty and pleasing soundtrack. With a responsive low-end and punchy midrange, the Peugeot 308 is ideal for local traffic conditions.

Paired to the powerplant is an Aisin 6-speed automatic gearbox, which is seamless and relatively quick. For enhanced acceleration, there’s an “S” or Sport mode, which tells the transmission to hold onto each forward ratio a bit longer.

If you’re so inclined, there’s a manual override function as well (there are no paddle-shifters, though), which has the up- and downshift points in the “correct” positions.

We fully expected this hatchback to have a composed ride – and it delivers. The Peugeot 308 is comfortable over undulating surfaces but remains stable around bends.

There’s some lean when pushed hard, but the anti-roll bars and grip from the tyres allow you to hold your cornering line. Its handling is complemented by its accurate helm, which also offers decent feedback.

Peugeot’s 308 is a compelling alternative to the Volkswagen Golf. The latter should definitely be looking over its shoulder, because this French lion’s roar is impossible to ignore. 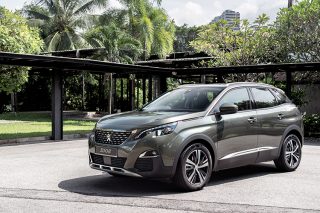 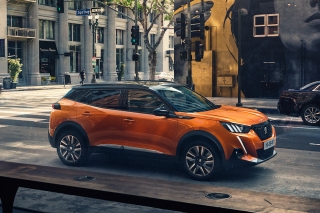 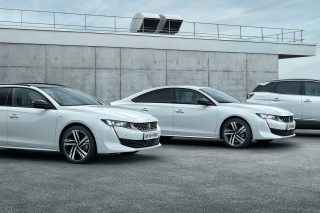 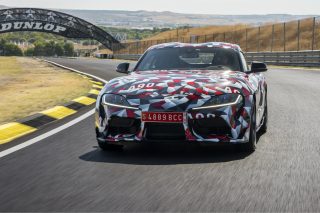