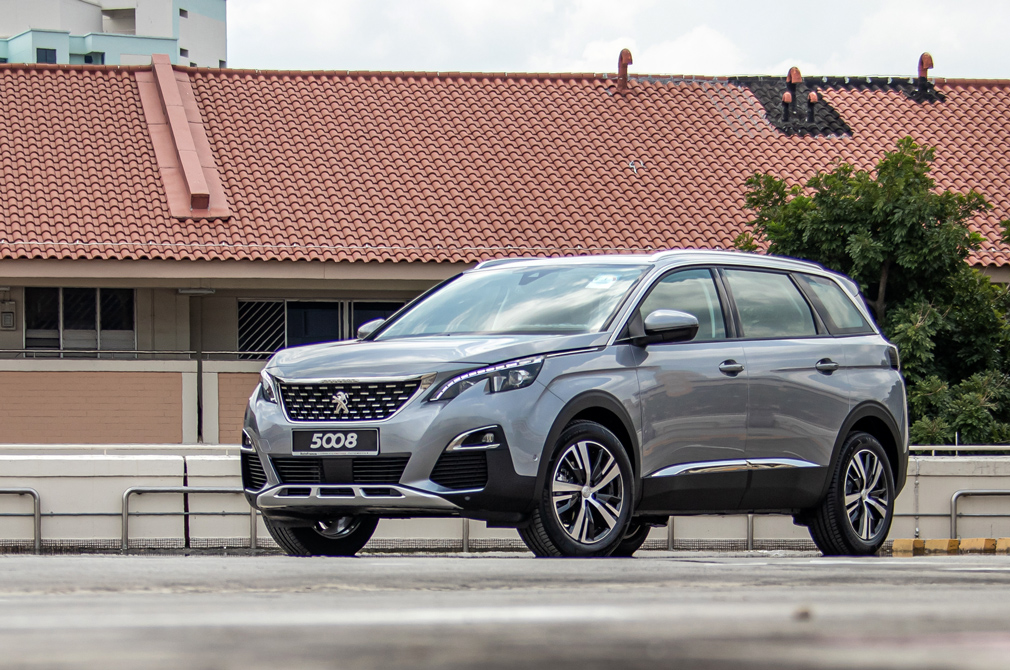 Few will remember that the first-generation Peugeot 5008 was the French carmaker’s first proper multi-purpose vehicle (MPV).

Peugeot did a very good job with it. The MPV had a relatively spacious and versatile cabin, along with a punchy powertrain – a turbocharged 1.6-litre engine paired to a 6-speed automatic gearbox.

This was followed by several variants, which included a turbo-diesel.

Peugeot’s first 5008 may have been good, but its successor and current model is surely more popular with today’s buyers.

That’s because instead of making another MPV, Peugeot wisely transformed the model into a seven-seater SUV – a body style far more desirable to the majority of customers. 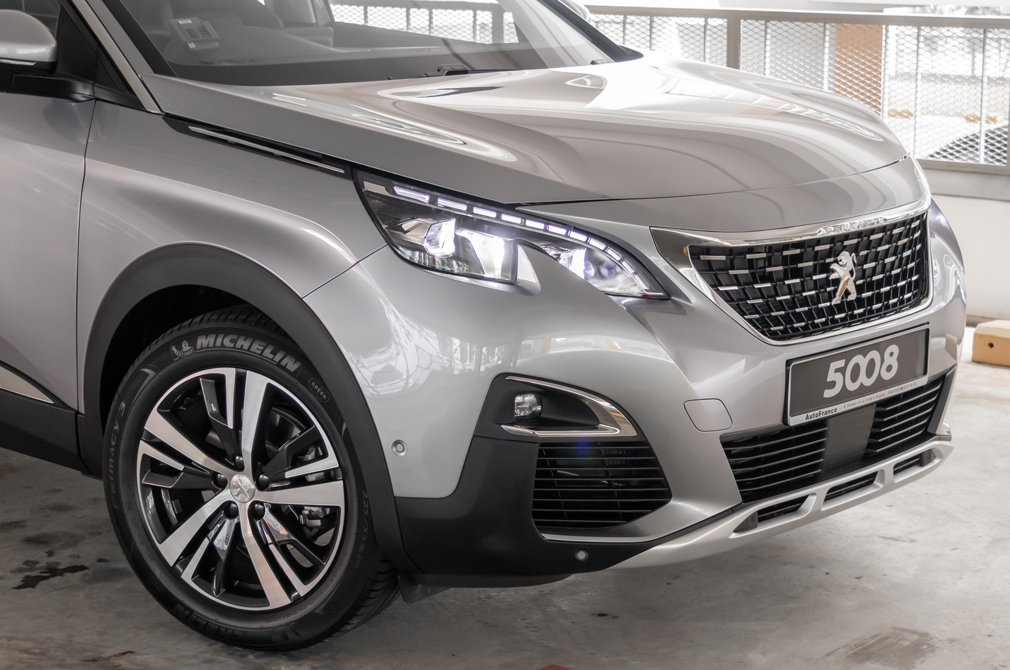 A DISPLAY OF GALLIC ALLURE

Peugeot didn’t just stop at making an SUV, though. They made one that looked good.

The curvy front end gives this SUV a face like no other – except its smaller 3008 sibling. I like the clean profile and unique rear, with its “claw-mark” tail-lights.

The tailgate is also fairly wide, making it easier to load/unload bulky items. It helps that the loading height is relatively low, so more petite users will have an easier time with bulky items.

It’s also easy to love the Peugeot 5008’s interior, which is impressive and unlike any other.

The digital instrument panel has gorgeous graphics and several selectable layouts. There’s a small, contoured steering wheel that looks like it’s part of a game console, along with a joystick-like gearshift lever.

Those rocker switches on the centre console look and feel solid. It’s good to see carmakers still giving some direct controls, instead of burying everything in menus. 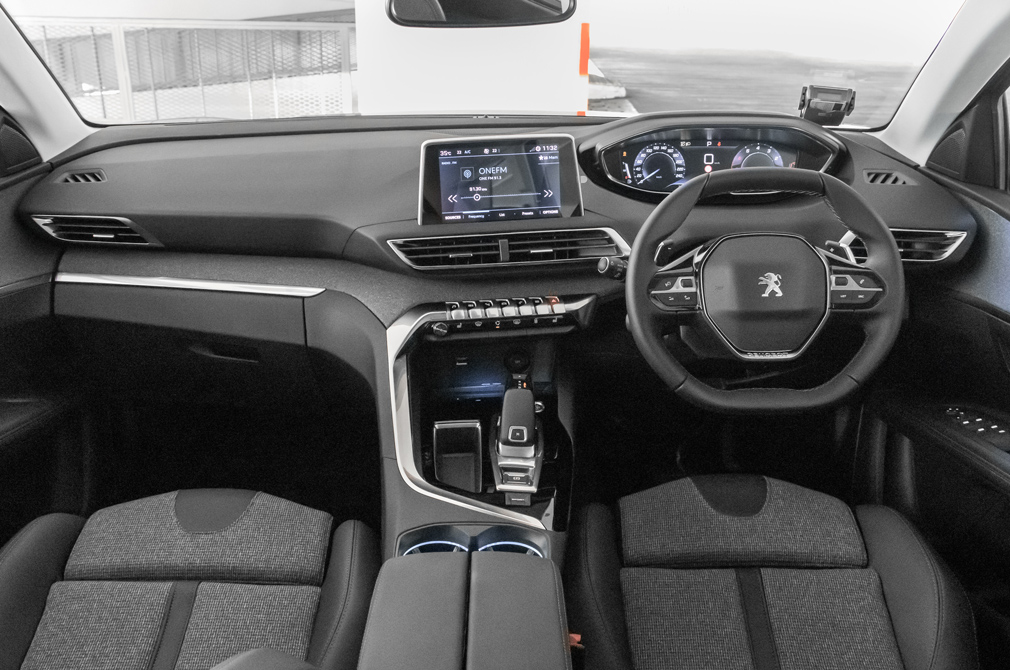 However, not everything is perfect. For instance, depending on your height and how you adjust your seat and steering wheel, the top part of that small steering wheel can obscure the instrument cluster.

The layout and organisation of the steering wheel controls could also be improved. Having the audio controls spread over two spokes looks neat, but it would be more efficient to have everything on one side.

That way, Peugeot could do away with the cruise control stalk inconveniently “hidden” behind the left spoke and place these functions on the wheel itself.

The Peugeot 5008 does not have full leather upholstery, but I am okay with this as fabric stays cooler than leather even after baking in the sun.

But I’m sure there are many who would complain about this. After all, this is Singapore, and buyers expect leather upholstery to be standard in a European car. 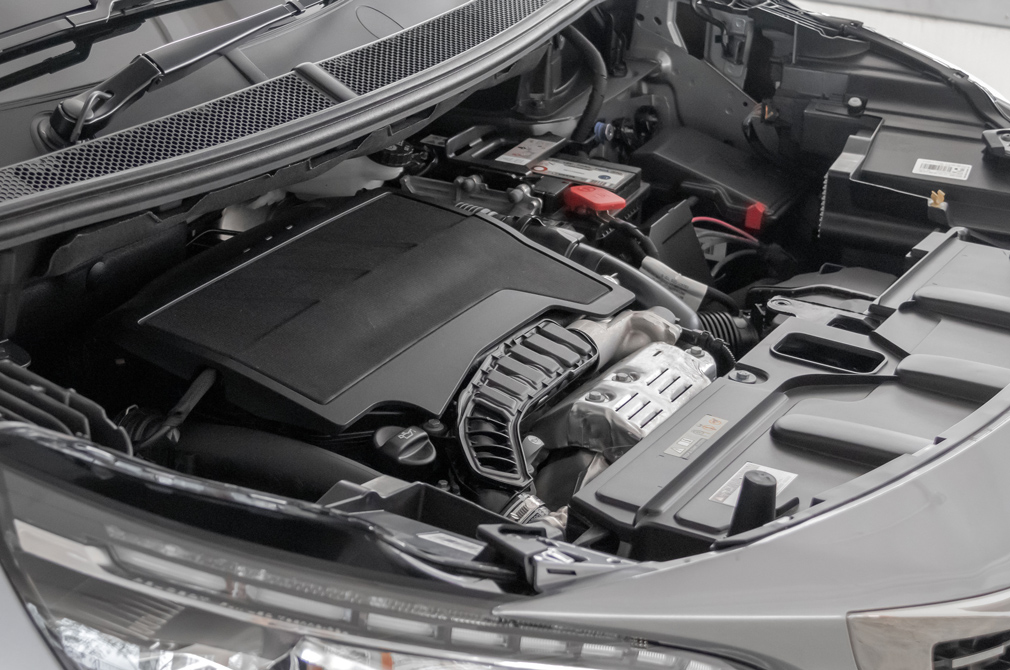 Turbocharged 1.2-litre 3-cylinder is relatively smooth and eager to rev.

The modest outputs are responsible for the Peugeot 5008’s equally modest performance, with the benchmark century sprint taking 11.8 seconds. That’s about as quick as a family saloon.

Dismiss the car based on its paper figures alone, however, and you’ll miss out on its real strengths – the quiet cabin and well-sorted ride.

Three-cylinder engines can be a bit rough and noisy, but these drawbacks are absent here. In fact, the 1.2-litre goes about its business unobtrusively, even when redlined.

Redlining the motor is something you’ll have to do if you’re really in a hurry. Thankfully, the unit is willing to play along, with the gearbox seamlessly swopping cogs. 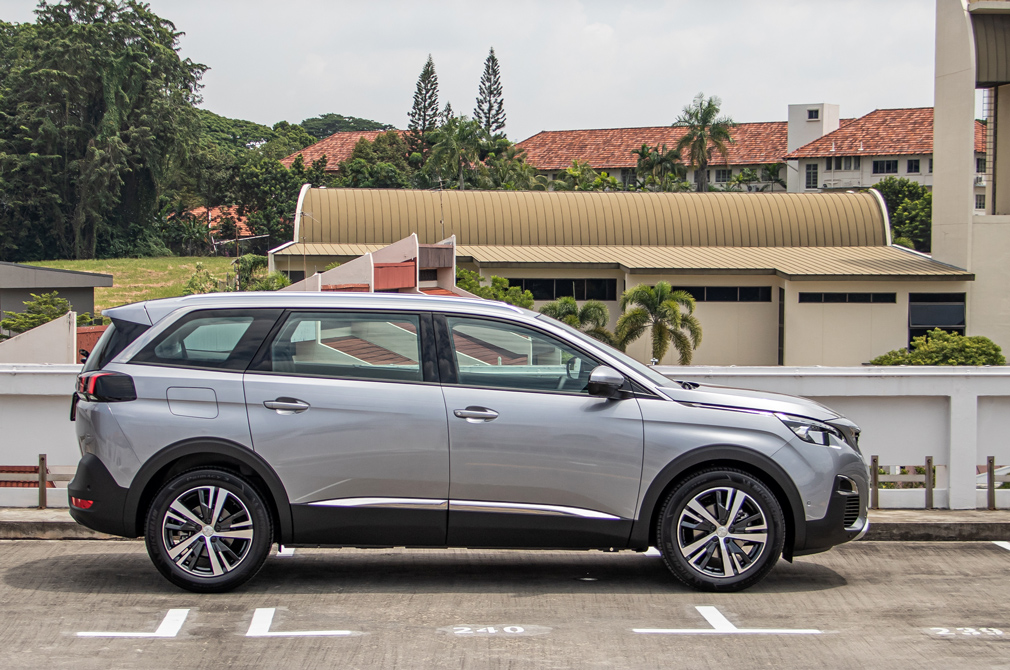 Press and hold the “Sport” button and the powertrain feels a bit perkier. Just don’t expect the Peugeot 5008 to go any faster.

This crossover’s pliant ride is very welcome, too, especially when traversing pockmarked roads. At the same time, the Gallic handling comes to the fore, responding to the driver’s inputs with progressive and predictable behaviour.

Steering the Peugeot 5008 through a series of corners is fun because of that compact steering wheel. At times, it looks like you’re steering a sports car instead of a seven-seater family hauler.

GO FOR A POWER UP

Now, if you still think the 1.2-litre powertrain is a bit weedy, here’s some good news. The more powerful 5008, which has a turbocharged 1.6-litre engine is available. And it only costs $2000 more.

The 5008 1.2 is adequate for most drivers. But if you’re going to buy one of these, consider the 5008 1.6 instead, especially if you typically ferry a full complement of passengers. 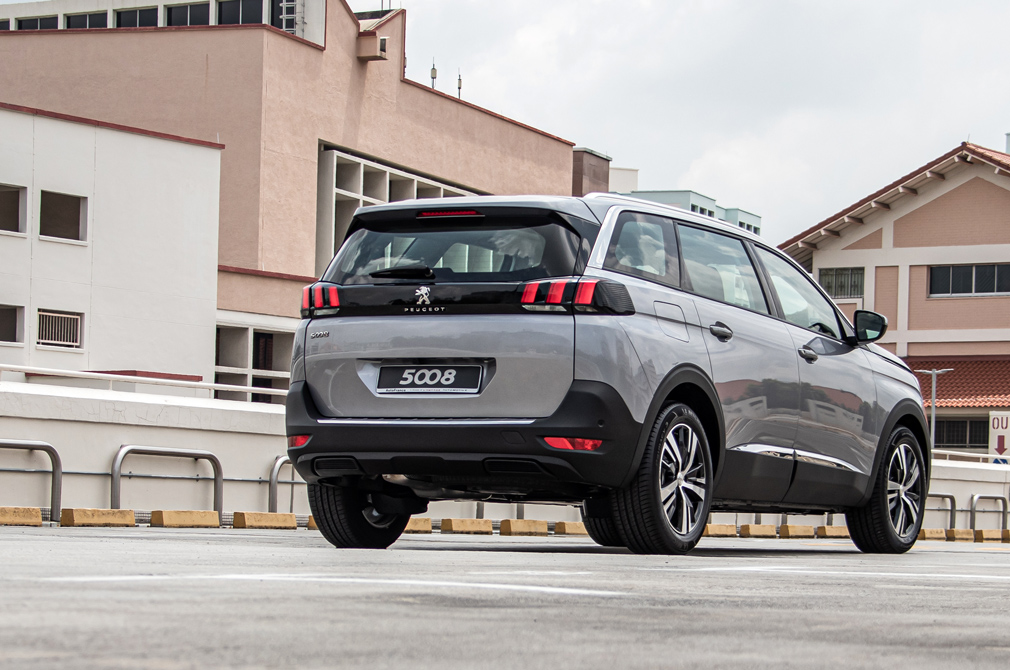 Check out the latest Peugeot 5008 here
The Kia Carens takes on the Peugeot 5008 in this Group Test
Looking for another French MPV? Check out our review of the Renault Grand Scenic