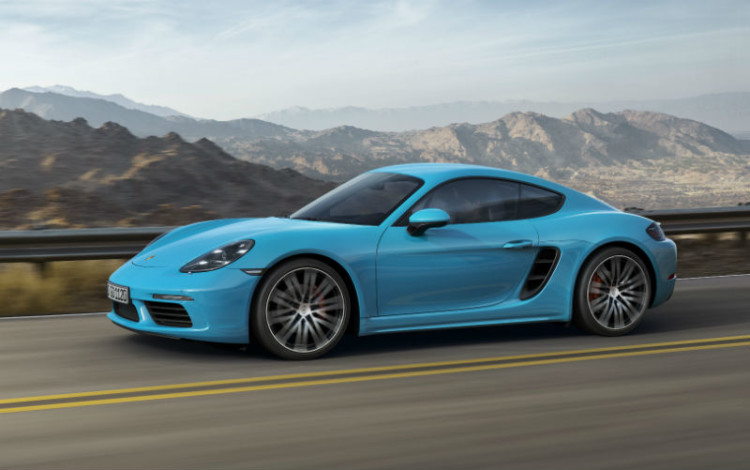 The country roads around the Swedish city of Malmo are not exactly the type of tarmac we would rate highly.

Undulations and twists are aplenty. And the roads’ limited width, with barely enough space for two vehicles, makes it difficult for anyone to tear through with confidence.

It is imperative to slow down and tread the edge of the road when there is an oncoming car. Poor visibility around curves and over crests makes it all the more risky.

A pity, because we are in the Porsche 718 Cayman S. Fortunately, there is a Plan B. Malmo is also home to the Sturup Raceway – not exactly a glamorous F1-type racing circuit, but it does possess a more generous width than the country roads. And you can bet that there will be no oncoming vehicle of any sort.

This is where we put the revised Cayman through its paces. In terms of engineering, the car has received an extensively retuned suspension, more powerful brakes and, most significantly, a new engine.

Both the Boxster and Cayman share a mid-engined chassis, drivetrain, engine, most of the interior and some body parts.

In the latest Cayman S, the suspension gets new springs with marginally higher stiffness, plus revised dampers to match. It has stiffer anti-roll bars, aimed at enhancing the car’s on-road dynamics.

The car excelled on the tight Sturup circuit. Immediately impressive was its highly precise and communicative steering (which felt good even on the country roads). 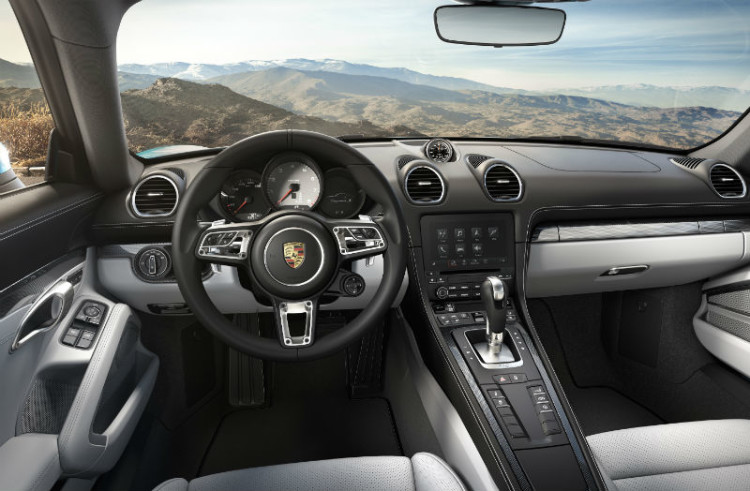 It is one of the most important features of the car as it inspires confidence for high-speed track work. With ample grip front and rear and a superbly responsive seven-speed double-clutch transmission, it is so easy to drive fast around corners. In fact, it is quite difficult to get untidy in this car.

Despite its sportiness, the car possesses an almost saloon-car ride comfort.

The new engine in the Cayman S is a flat-four displacing 2.5 litres (2 litres for base Cayman). Boosted by a turbocharger with variable turbine geometry (Cayman S only), hitherto seen only on the 911 Turbo, the car hits a top speed of 285km/h and a century sprint of 4.2 seconds.

Compared with the previous flat-six Cayman S, maximum power is up by 25bhp to 350bhp, while torque rises by 50Nm to 420Nm.

At any engine speed, it is ready to accelerate with vigour. There is no hint of lag, with the impression of speed further accentuated by lightning-fast gear changes.

As before, the driver can switch to manual shifting using either the gear lever or paddle-shifters on the steering column.

Although the new engine’s healthy torque requires you to shift less frequently, split-second manual upshifts on hard acceleration are quite addictive.

Not so memorable are the sounds from the engine and exhaust. While the tailpipe crackle on the overrun in Sport and Sport+ modes is quite cool, the car sounds best from only 5000rpm.

Visually, the new Cayman is distinguishable by four-point daytime-running LEDs in each headlamp and a black strip between the tail lamps, just below the rear spoiler.

The Cayman has always been a fine driving machine and the latest, which arrives here in September, is certainly the best yet. Dynamically, there is nothing to fault. All it needs is to sound a little better.