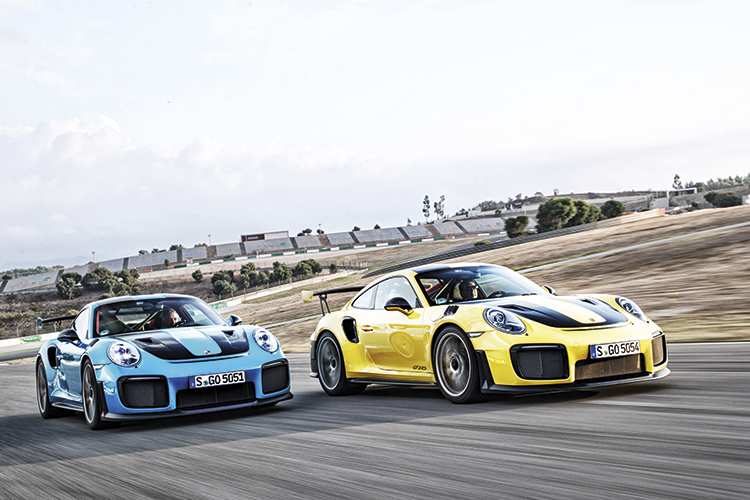 Springs used in the Porsche 911 GT2 RS are the stiffest Porsche has ever fitted to a road-going car.

To say that Porsche is obsessed with clocking the fastest time on the Nurburgring is an understatement.

In 2008, the carmaker was very upset after the Nissan GT-R clocked a lap time of 7 minutes and 29 seconds – three seconds quicker than the 911 GT2 then.

Porsche worked feverishly to reclaim the accolade. In 2010, it beat the GT-R’s time with the previous-generation 620hp 997 GT2 RS, which did it in 7 minutes 18 seconds. 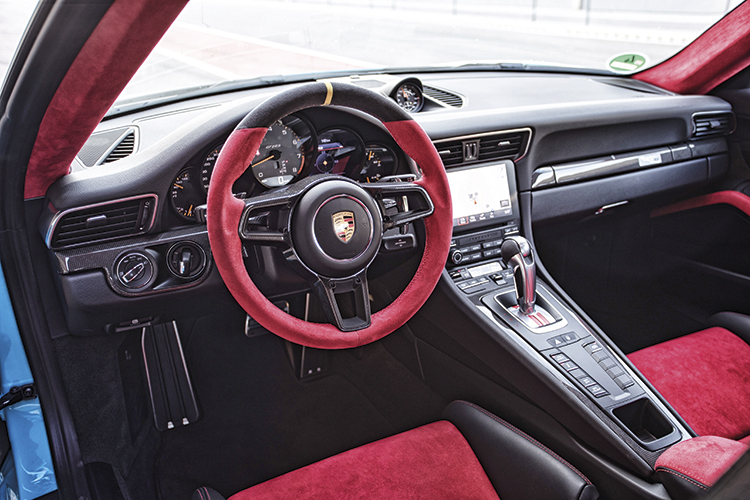 In 2013, Porsche set another benchmark with their hypercar, the 918 Spyder, with a lap time of 6 minutes and 57 seconds. The manufacturer felt pretty smug about that until late 2016, when Lamborghini overtook them with the Huracan Performante.

In September 2017, Porsche once again reclaimed the top spot with the new 911 GT2 RS, which lapped the Nurburgring in an amazing 6 minutes and 47 seconds.

What’s even more amazing is that compared to the Huracan Performante and 918 Spyder, which both have all-wheel-drive, the GT2 RS has more modest underpinnings. 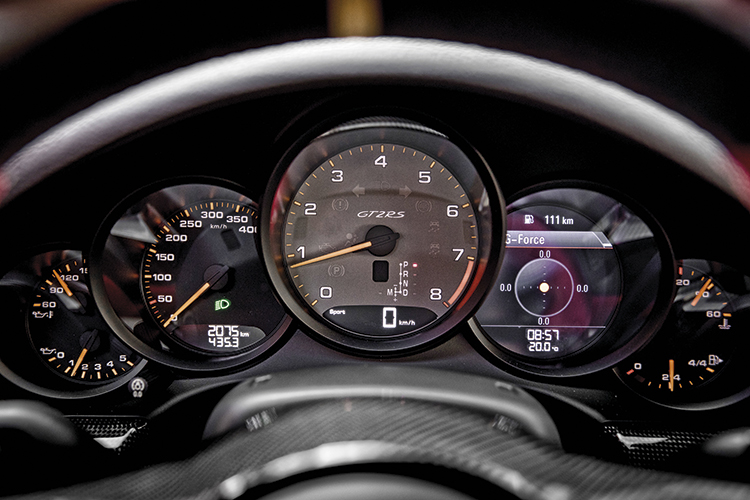 For starters, the GT2 RS is only rear-wheel-drive. Its engine is a turbocharged flat-6, whereas the Huracan has a V10, and the 918 Spyder is driven by a V8 and electric motors.

That said, the GT2 RS is more like a GT3 RS with a turbocharged motor, rather than a souped-up 911 Turbo S with rear-wheel-drive instead of all-wheel-drive.

In fact, Porsche chose to use the body of the GT3 RS because it was already developed as a track-day car. It already had all the necessary lightening, strengthening and suspension parts. 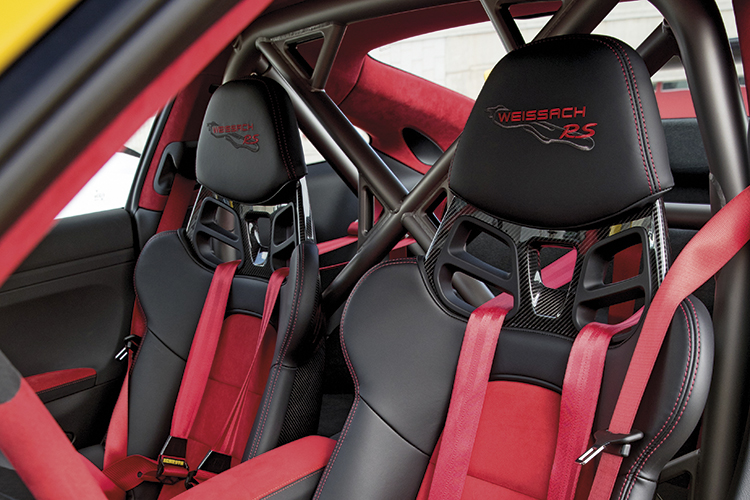 Standard equipment includes a roll cage and six-point harnesses for both occupants.

To boost the output to 700hp, Porsche installed larger turbos and a pair of water-mist intercoolers. The distilled water used for these intercoolers is from a 5-litre tank in the front compartment, which will supposedly last through a tankful of fuel.

Handling-wise, the GT2 RS has new springs which are uprated to 100Nm/mm at the front and 160Nm/mm at the rear, making them the stiffest springs Porsche has ever used in a road-going car. Michelin also tweaked the Pilot Sport Cup 2 tyre compounds specifically to suit the car. 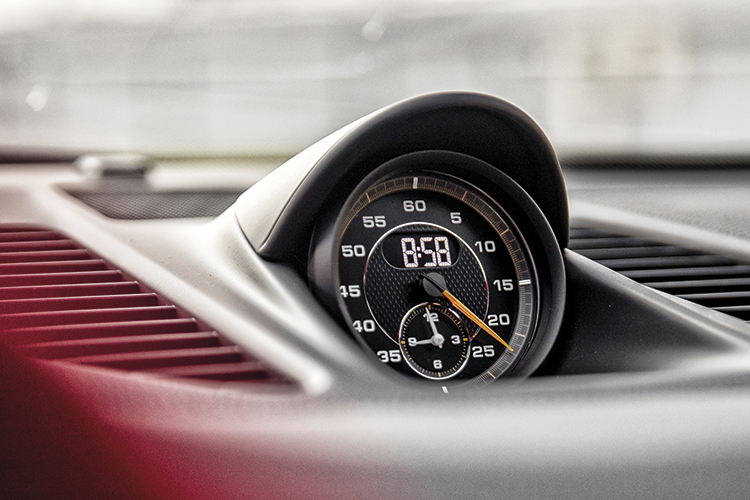 To help keep the car’s weight low, the roof, bonnet lid and wheel vents are all made of carbon fibre. At 1470kg, the GT2 RS is heavier than the GT3 RS by about 50kg, although the extra heft is largely offset by the 700hp motor.

For even keener drivers, Porsche has something called the Weissach Package that slashes the car’s weight by another 27kg through the use of lighter components, which include a titanium roll cage and forged magnesium wheels.

The track session at the Portimao circuit enabled me to evaluate the GT2 RS under the best possible conditions. The pace cars driven by the instructors were a pair of 918 Spyders. By following the hypercar closely, I got a good impression of just how capable the GT2 RS is. 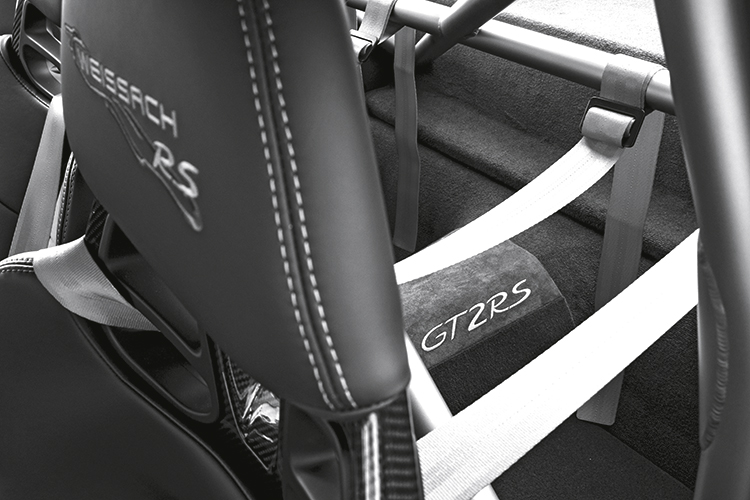 The GT2 RS’ lighter weight and superior aerodynamic downforce really helped with the high-speed corners. Being able to enter, corner and exit faster, it was easier to maintain a higher average speed throughout a lap.

The more powerful 918 Spyder defied its heavier kerb weight and pulled away on the corner exits, but its extra mass was detrimental. I saw the lead 918 sliding around, which is something that I didn’t experience in the GT2 RS.

Now, the GT2 RS might be billed as an uber track-day car, but surprisingly, it managed just as well on the mountain roads around Portimao. 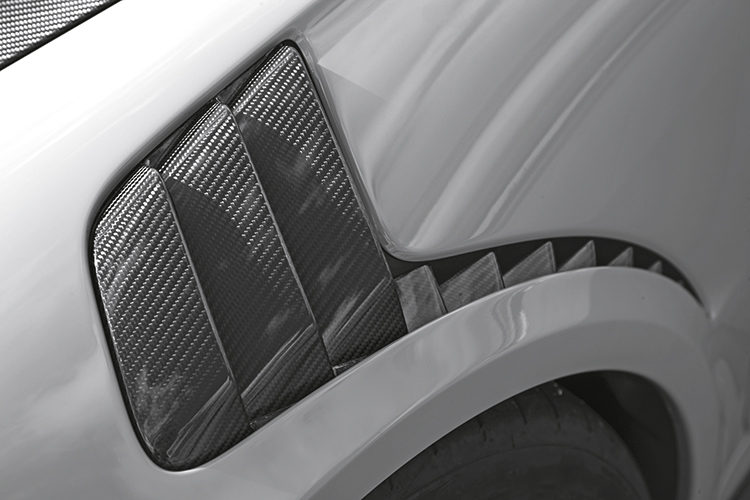 One would think that a car that does the century sprint in 2.8 seconds and has a zero-to-200km/h time of 8.3 seconds is going to be a beast to handle on public roads.

But the fact that I could use the engine’s full power without trepidation spoke volumes about how well the chassis succeeds in harnessing the stampede of 700 German horses.

Scything through said mountain roads was a surprisingly enjoyable endeavour because the suspension did not hammer me into submission like a racecar’s. I confidently carried a lot more pace through the bends without feeling intimidated, as the steering was so accurate and the chassis so well-sorted. 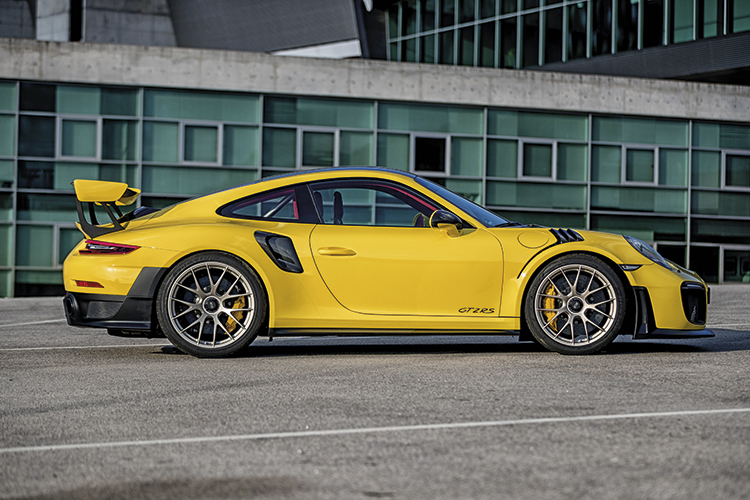 Driving at saner speeds, I was able to savour the superbly judged dynamics and intimate interaction between machine and driver. The electric power steering was also probably the best of its kind, providing some feel to go with the extremely precise chassis.

Driven in manual mode, there was some turbo lag below 3000rpm. Beyond that, there was no lag and the GT2 RS simply went into warp speed. The tremendous g-force under hard acceleration really pinned me to the seat. Overtaking was addictive.

I hate to admit it, but getting the best performance from the car’s turbocharged motor actually required me to leave the PDK (dual-clutch) gearbox in its default auto mode. 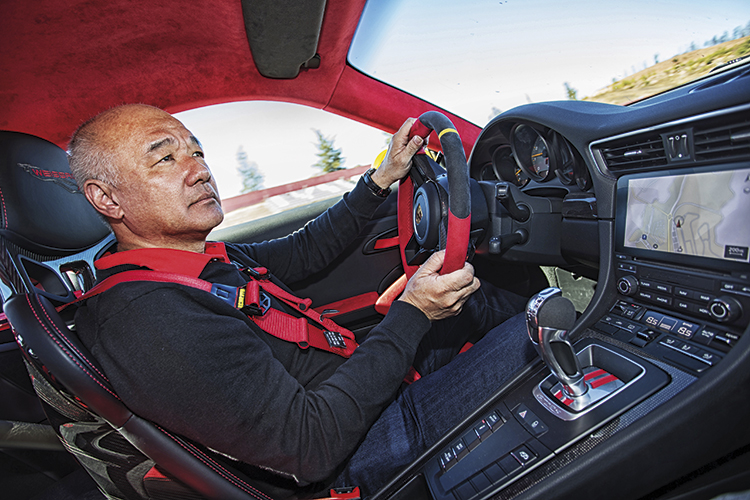 Superbly engineered, the transmission predicts the kickdown response by monitoring the rate of change in throttle application, rather than waiting for it to hit the kickdown point.

In auto mode, any turbo lag is quickly bypassed. And by downshifting a few gears, the engine is immediately at the most optimal point in its powerband, where it is at its most devastating.

Sport-Auto is even better for really hard driving as it tends to stay in a lower gear longer. It also downshifts perfectly as you brake for an approaching corner. The PDK’s programming is so good that you’ll hardly want a manual gearbox. 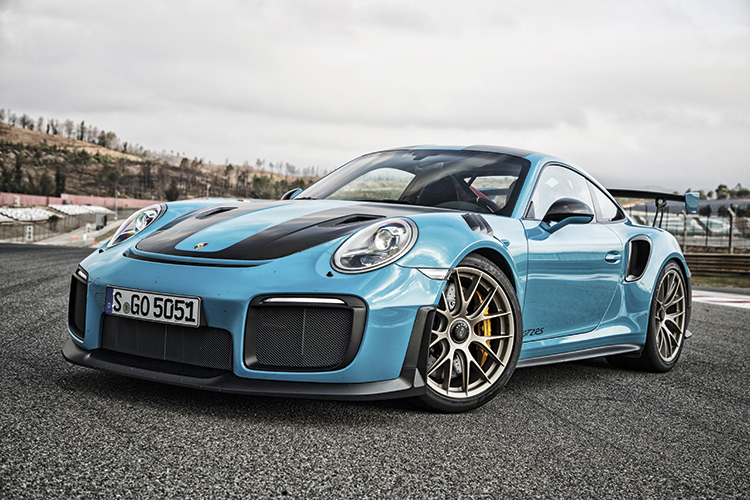 Indeed, from now on, any 911 with a RS suffix will only be available with PDK. For hardcore enthusiasts, the manual gearbox is relegated to slower models.

That aside, there are just two caveats to the GT2 RS. Firstly, the exhaust drone while cruising with the muffler bypass wide-open is annoying, but there is an almost penalty-free solution: Just drive with the bypass valve closed. The exhaust note of a turbocharged engine is nothing to rave about anyway.

The only downside to this is that closing the bypass valve results in a small loss of power from the lightweight titanium muffler.

The second caveat is the car’s price. The GT2 RS is a brutally fast car that’s also equally brutal to one’s bank account. At $1.2 million before COE, it is the most expensive Porsche currently available. 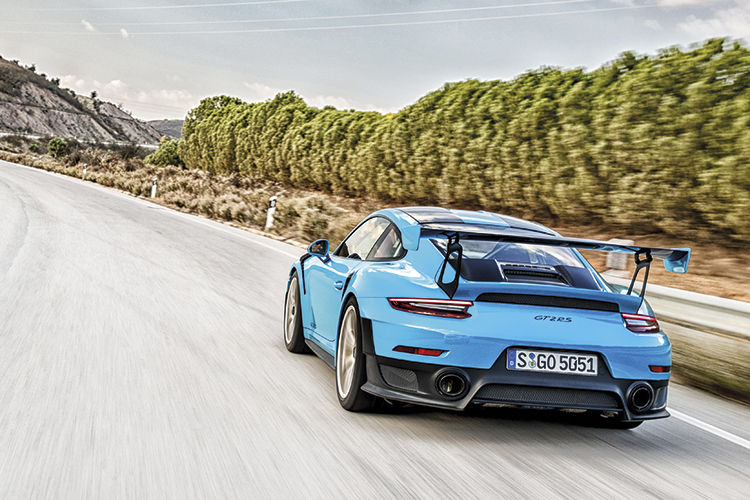 The tremendous g-force under hard acceleration really pinned me to the seat and made overtaking addictive.

Is the GT2 RS’s ability to annihilate supercars at the Nurburgring enough to lure buyers away from Ferrari, Lamborghini and McLaren? Or is this 911 just meant for hardcore Porsche aficionados?

Well, the matter is now moot, as dealers around the world are unable to secure enough allocation to fulfil demand. If you are just thinking of buying a new 911 GT2 RS now, it may already be too late.

GT2 RS is the fastest Porsche 911 of all time