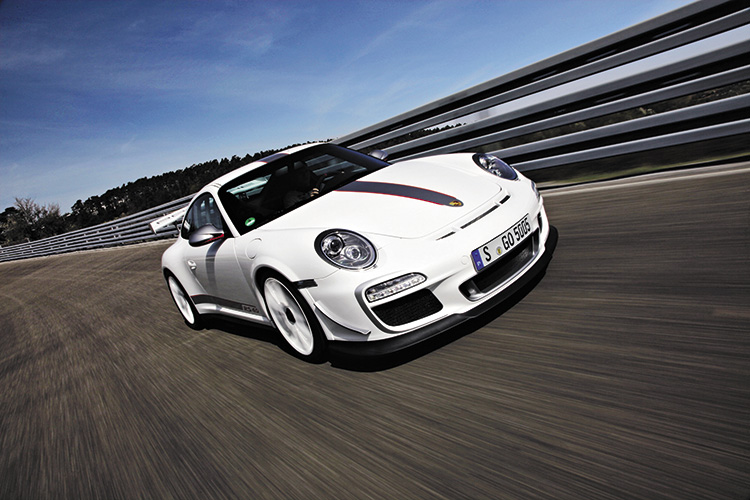 It’s no secret that the debut of the all-new Porsche 911 Carrera is just around the corner. However, this has not stopped the carmaker from giving the current Porsche 911 a fitting final send-off.

For the GT3 RS 4.0 limited edition, Porsche’s Motor Sport Department has developed the most powerful naturally aspirated flat-six engine that has ever been fitted to a road-going Porsche 911. 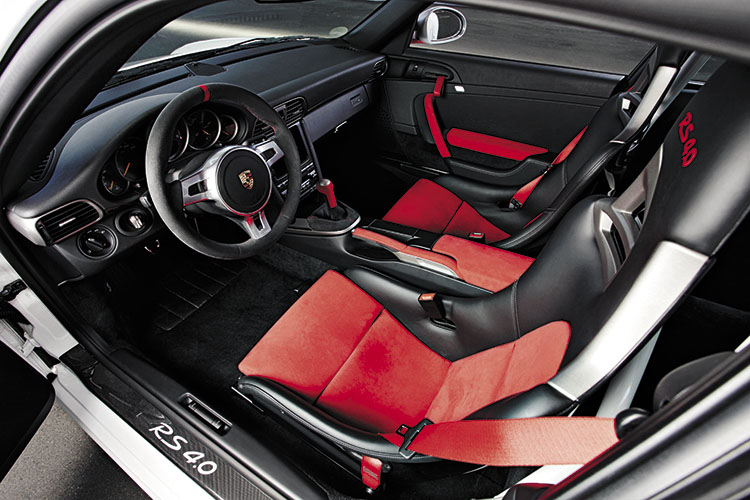 Stripped-down cockpit has lightweight Recaros, a homologated roll cage and the attitude of a racetrack refugee.

With the previous GT3 RS 3.8 barely a year old, the introduction of this new model upset quite a few of the current owners. But Porsche has been eager to put this unique engine into production – albeit in a limited run of 600 cars.

Using parts from the GT3 RSR racecar, engineers raised the capacity of the engine to four litres and increased its power from 450bhp to 500bhp – giving the car an astonishing specific output of 125bhp per litre. Natural aspiration is preferred in this case because of the snappy throttle response it offers, unlike the lagginess of a typical turbocharged engine. 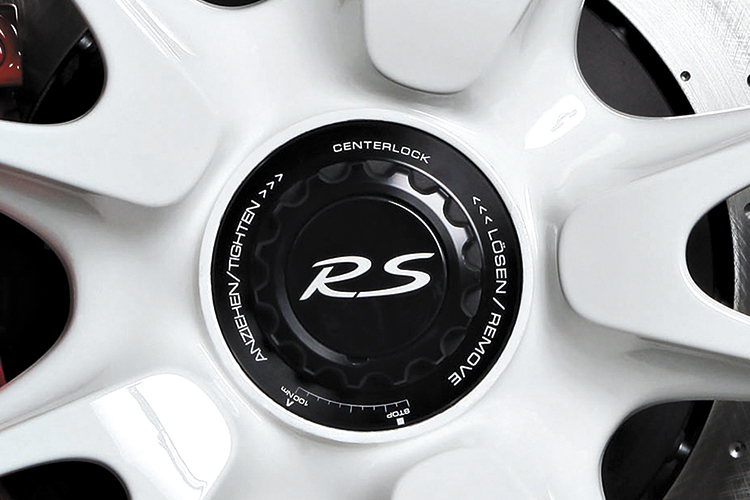 The chassis is a slightly reworked version of the all-conquering GT2 RS that reclaimed the Nordschleife lap record from the Nissan GT-R. At 1.36 tonnes, the GT3 RS 4.0 is just 10kg lighter than the previous GT3 RS 3.8 – but this includes a full tank of petrol. In fact, this coupe has already undergone an extensive weight reduction programme and stripped off most luxuries. 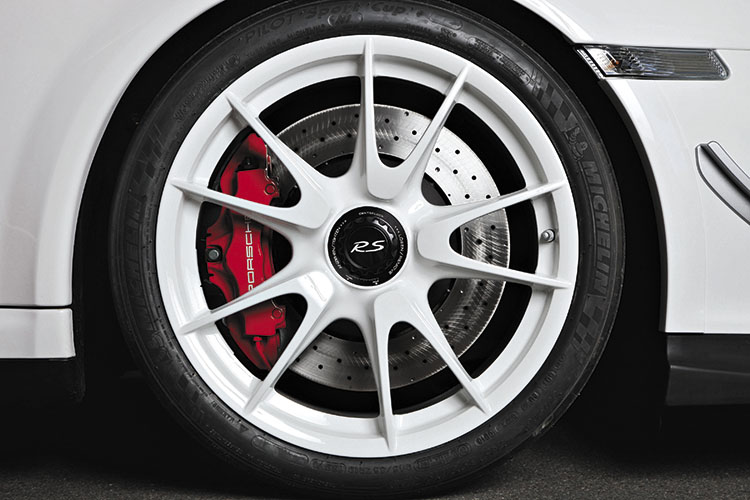 It could have been made faster but Porsche opted for greater downforce instead, which is delivered via the steeper rear wing and front deflection vanes. Up to 190kg of downforce is available to ensure that this 911 hugs the road, even when rounding bends at blazing speed.

The chassis shines at lower velocities, too. The use of solid bushings (which reduce deflection to zero) endows the car’s steering with surgical precision.

Trade-offs would normally be an unforgiving ride and unbearable noise, but Porsche has improved both in this machine to perfectly acceptable levels. Inside, the carbon fibre seats not only reduce weight, they also hug your body so tightly that you literally become one with the car. This lets you feel exactly how the chassis is behaving and what the tyres are doing in each and every corner. For most drivers, this is just too much “information” – but for hardcore Porsche purists, this undiluted feedback is very welcome.

Piloting the GT3 RS 4.0 requires a healthy dose of skill and effort as the controls are heavier than most 911s’ – and without the aid of the PDK (dual-clutch) gearbox, you need a strong left leg to operate the clutch, which is heavy with a capital “H”. 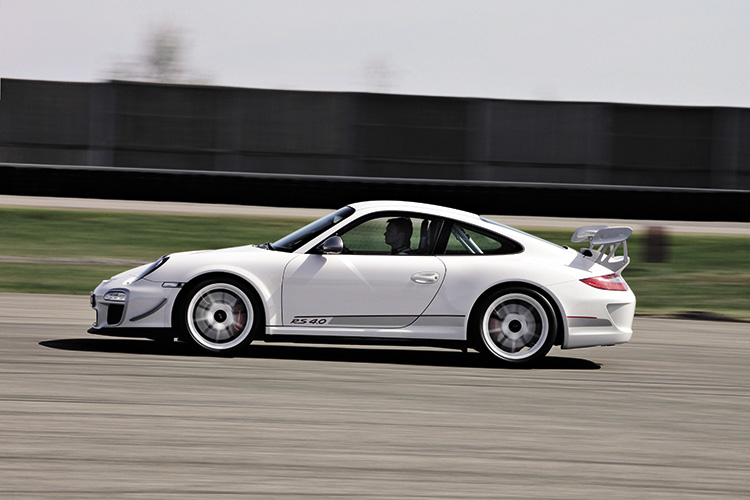 Just pray that you don’t encounter any traffic jams on your journey and you will be fine (especially your left leg).Once on the move, however, the engine is as docile as the one that powers the regular 911.

The most impressive aspect of the GT3 RS 4.0 is how it does everything in a precise, purposeful manner – being fast is but the icing on the cake. You do not have to compensate for brakes that are overly sensitive, a ride that is too harsh or steering that “wanders” too much. 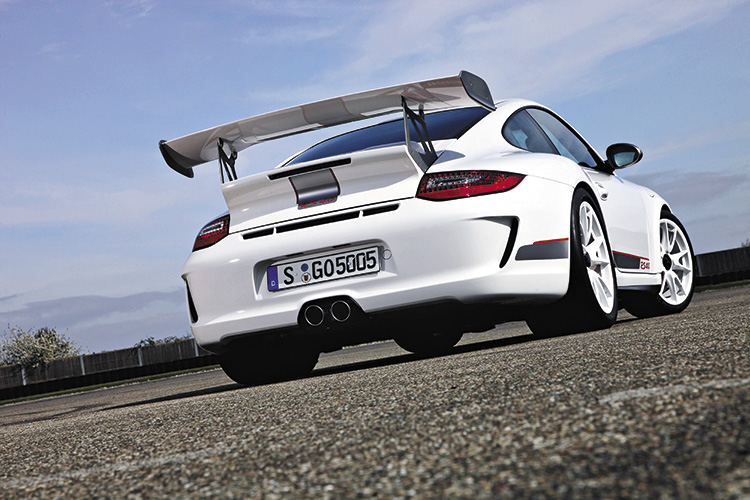 Porsche has honed everything to perfection here, making this run-out special a truly wonderful way to wish the “997” model godspeed.