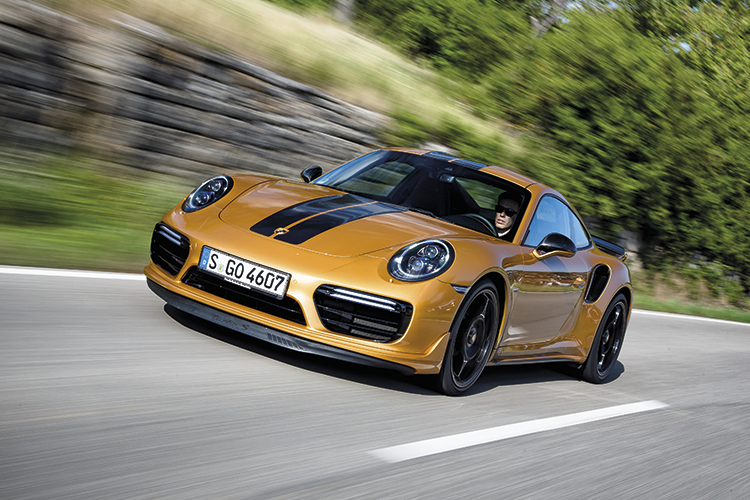 This Porsche 911 is an official limited-edition model with a production run of just 500 units.

Over the years, the Porsche Exclusive department has created limited-edition models like the 1993 911 Turbo slant-nose, the 2009 911 Sport Classic and the 2011 911 Speedster, among many others. Most of these “exclusive” Porsches did not end up as mainstream models, but one did – the 911 Turbo S in 2003.

The department has now been rebranded as Porsche Exclusive Manufaktur and the first model to be introduced under the new name is the 911 Turbo S Exclusive Series.

Compared to the standard 911 Turbo S, the Exclusive Series gets an extra 27hp lift from 580hp to 607hp and its torque rises from 700Nm to 750Nm. Higher boost pressure and model-specific engine control are responsible for the increased output.

The car’s bonnet, fenders, wing mirrors, air-intake scoop, rear wing and roof, along with the front and rear spoilers, are made of carbon fibre.

As tested here, it wears a signature Golden Yellow Metallic paint job with stripes of exposed carbon fibre woven in a glossy finish. 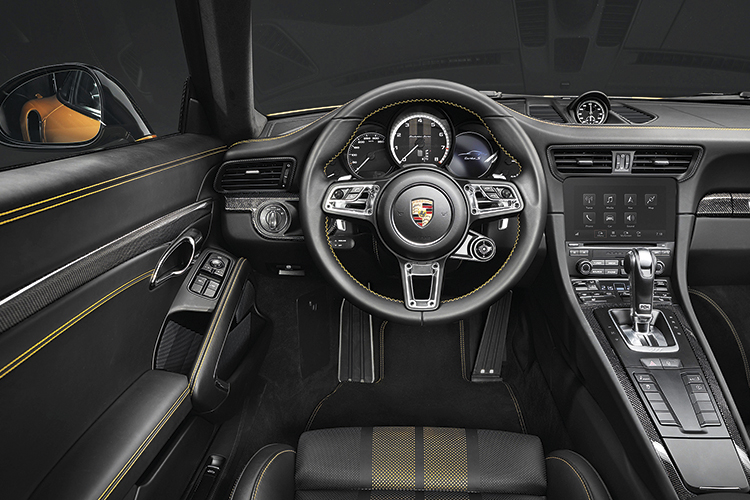 Bespoke decoration and great, German attention to detail distinguish this cockpit from that of other Porsche 911 Turbos.

Then, there are the “Porsche Exclusive Manufaktur” plaques on the front wings as well as on the side skirts.

Inside the cabin, there is the usual choice of leather or Alcantara, with decorative stitching. Hard surfaces such as the dashboard cappings and surrounds can be in metallic, piano black or carbon fibre finish.

And as if there isn’t enough bling, Porsche has applied gold-coloured metallic thread, which is woven into all the carbon elements.

There are many other ways to customise the interior, including having special graphics within the instrument cluster. There is even a personalised chronograph watch by Porsche Design to go with the car.

As the chassis is taken wholesale from the 911 Turbo S, the drive experience is as expected – fabulous.

The rock-steady way in which the 911 Turbo S Exclusive Series swallows huge distances is unrivalled. It readily cruises at 200km/h as if it were travelling at half that speed. 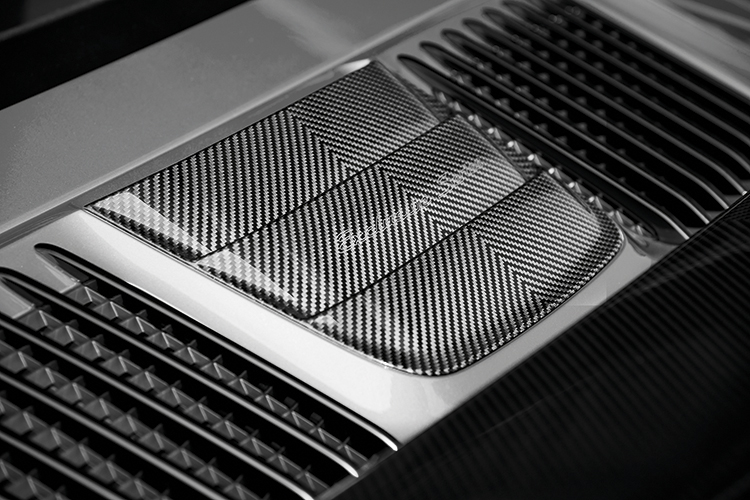 Its all-wheel-drive system is a real boon in inclement weather, making the Porsche a true everyday supercar and not just a fair-weather toy.

All the carbon fibre bits probably lower the car’s weight, but Porsche’s main goal is not to set a new record at Nurburgring with this number. Rather, the exercise is to create a unique 911.

At well over $1 million in Singapore, this car might make you wonder if you could customise a 911 Turbo S yourself. Of course you could, but you might end up spending even more.

Also, you would not belong to an exclusive “club”, since the 911 Turbo S Exclusive Series is an official limited-edition model with a production run of just 500 units, each complete with its own serial number and certification.

Check out the Porsche 911 Turbo S Exclusive Series for yourself