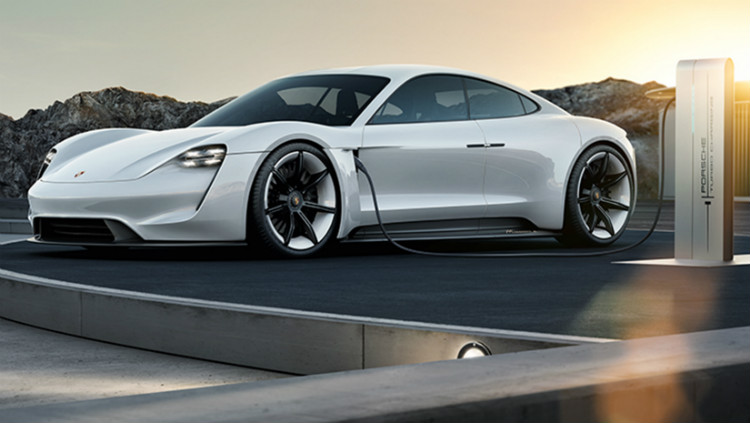 The Porsche Taycan came about because Porsche, the world’s biggest sports-car maker, is not immune to the eco-conscious sentiment and legislation sweeping the industry.

Everyone bends to the winds of change and most of the big car makers now feature, or will soon have, fully electric models.

With increasing frequency, press releases are speaking of battery capacity instead of engine capacity, and of charging speeds and driving range instead of top speed and cylinder count.

And it is a slinky four-door saloon that will lead the Stuttgart stallion’s electrification charge.

Based on the stunning Mission E concept which Porsche unveiled to the sound of dropped jaws in September 2015, it will be named Taycan, a word of Turkish origin meaning “lively young horse”.

When launched late next year, the Porsche Taycan will be the manufacturer’s first fully electric vehicle. 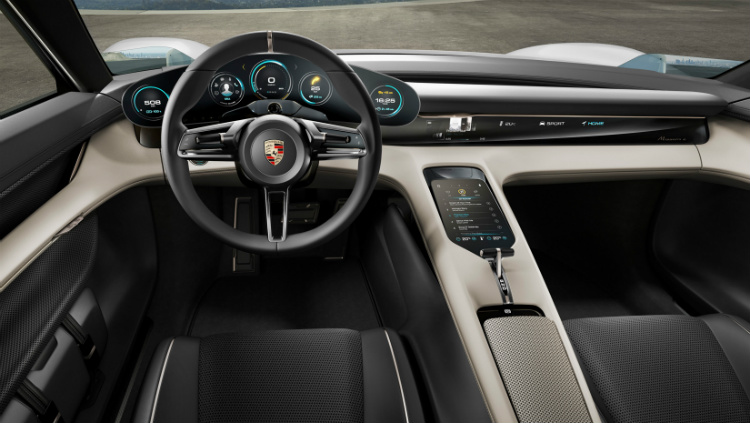 It will be followed up by a wagon variant.

And by 2025, over 50 percent of Porsche’s range will be electrified, although this figure includes hybrids.

In any case, this is a radical step for Porsche, more so than for a maker of more mainstream cars like, say, Volkswagen or Nissan, because the pulsating, howling heartbeat of a combustion engine has always been an integral part of Porsche.

Being a Porsche, the Taycan will deliver storming performance – the marque says it will produce over 600bhp and hit 100kmh in under 3.5 seconds.

It will be all-wheel-driven, with separate electric motors front and rear powering their respective sets of wheels.

As a medium-large saloon, the Porsche Taycan will sit below the Panamera in size and between the Cayenne and Panamera in price.

Apart from its headline power and acceleration numbers, another notable feature of the Porsche Taycan is the use of 800-volt technology, something used by Porsche’s all-conquering 919 Hybrid LMP1 endurance race. 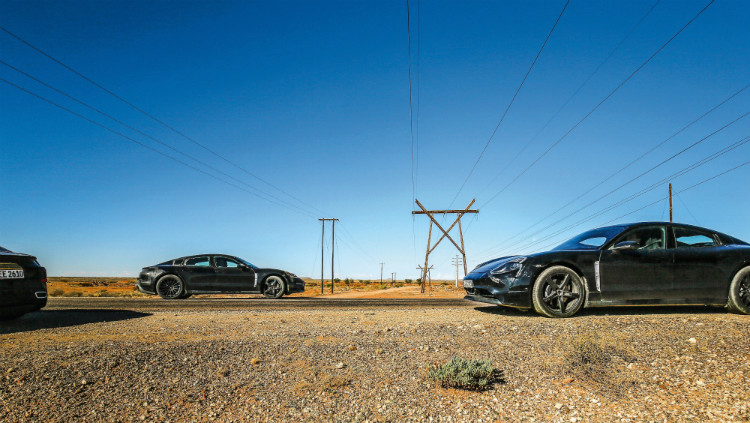 This allows the Porsche Taycan to swallow 100km worth of charge in just four minutes – and also allows the use of thinner wiring to save weight.

Range-wise, Porsche says the Taycan will do over 500km on one full charge – which trumps the Jaguar I-Pace and is on a par with top versions of the Tesla Model S.

Having seen half-built pre-production Porsche Taycans on the assembly line and a completed but mildly disguised one at Porsche’s research-and-development facility at Weissach, the final car would appear to remain faithful to the Mission E’s size and shape, but without the impossibly shrink-wrapped external cabin proportions of the concept.

Seen in plan view, the car’s midsection is less pinched and its fenders are less voluptuous.

It will have a separate bootlid instead of the Panamera’s liftback and, unlike the Mission E whose back doors are rear-hinged, the Porsche Taycan has a B-pillar and conventionally opening rear doors.

The Porsche Taycan should still look lovely though, with a muscular stance, a roofline lower than a Panamera’s and rectangular, multi-element headlamps hovering within cavities, not unlike those of the McLaren 720S. 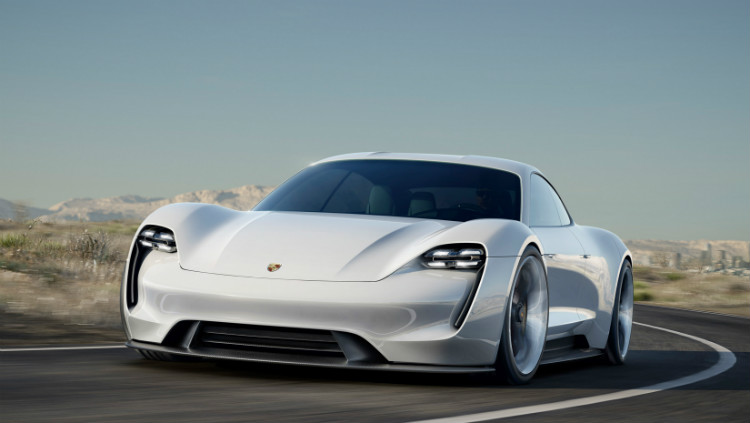 Porsche describes the Taycan’s seating as four-plus-one, meaning that its cabin is designed for four, but for short rides, a fifth person can squeeze onto the narrow perch between the two rear seats.

The Porsche Taycan’s instrument panel is a minimalist, free-standing, curved screen in front of the driver, and there are further minor displays stretching across the fascia to the passenger side.

The centre console is a broad ramp leading from the fascia down to between the front seats and it contains one of the car’s two touchscreens (the other is on the fascia).

Fans will have to wait for the press drives next year to report on whether the Porsche Taycan, without a combustion engine, still drives and sounds like a Porsche.

The car-maker says the Taycan would have an e-sound box in the front, which takes the actual sounds of the electric motor, filters out the less desirable noises and then relays the remaining, rortier sounds to the cabin.

But whether this provides the same emotion of a howling flat-six at full chat remains to be seen. 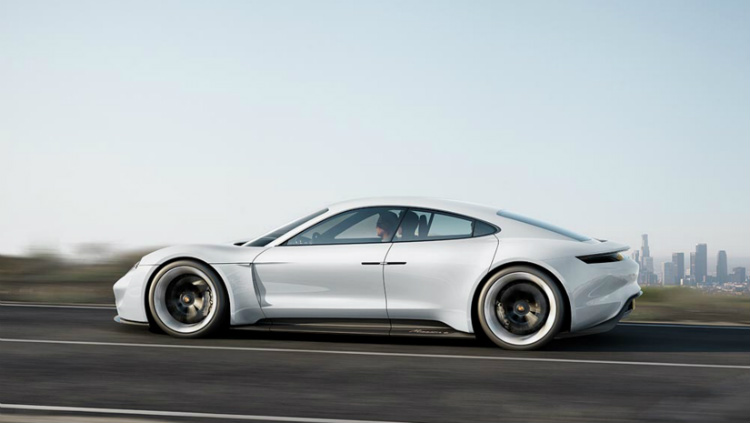