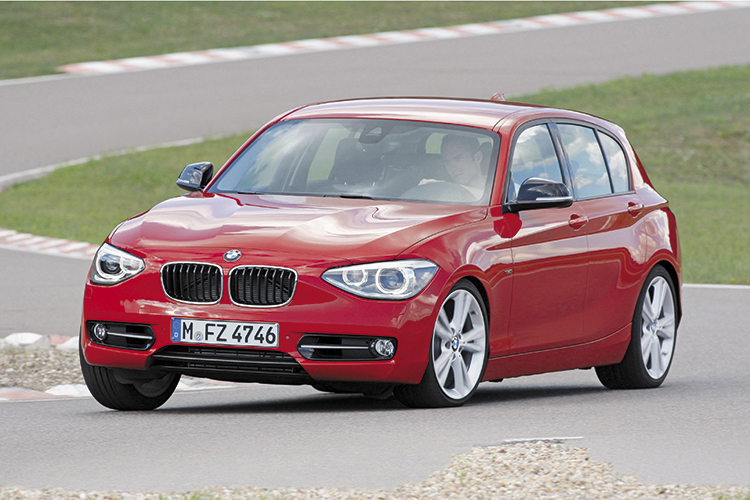 Enjoyable handling continues to be a quiet hallmark of the baby Bimmer.

Proof that a powerful brand image alone is not enough to sell a product in significant numbers is nowhere more evident than the sales figures of BMW’s 1 Series in Singapore. Although the coupe and convertible versions have enjoyed some commercial success, the five-door hatchback remains among the rarest sights (BMW or otherwise) on local roads, even after six years in the business.

The 118i is the cheapest new BMW one could buy. Unusually for a Golf-segment hatchback, it is rear-wheel driven, by a front-mounted 2-litre engine from the 318i. There is nothing wrong with the car, really. Well-built like all BMWs, with great ride and handling, it nonetheless lives in the shadow of the “everyone-wants-one” BMW 3 Series.

In the end, representation of the BMW 1 Series range in Singapore is effectively left to the convertible and coupe, both of which bear some resemblance to their 3 Series equivalents. 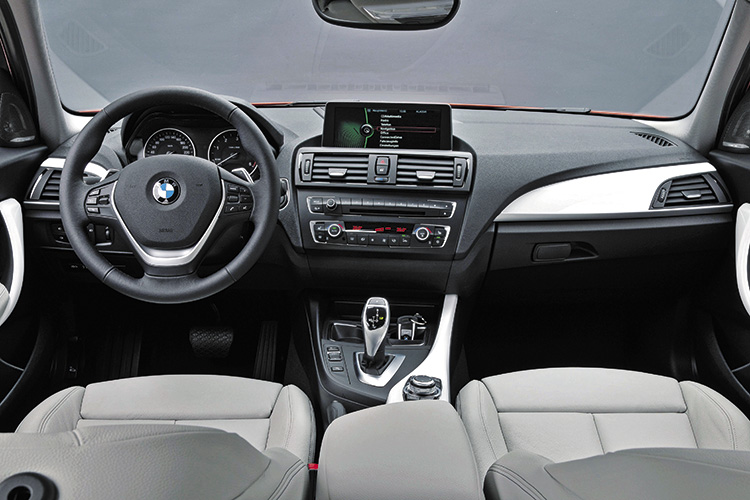 That is the Singapore market for you – difficult for hatchbacks, and even more so if the prestige of a premium brand is defined by its popular saloons. In the case of the outgoing BMW 1 Series 118i, its lacklustre performance and bland looks do it no favours, either.

But for BMW, the first-generation 1 Series has been a successful model on the whole. Sales figures worldwide have surpassed the one million mark (the car was launched in 2004), with the hatchbacks accounting for more than half.

Hence, the company has unveiled the second generation of the BMW 1 Series with more confidence and bigger expectations. This baby Bimmer is all-new inside, outside and underneath. 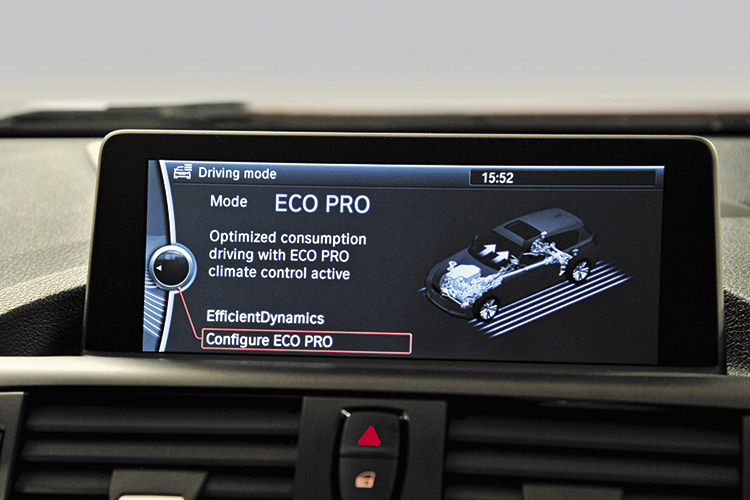 First to enter the scene is the five-door hatchback, which has grown in length, width and wheelbase, though this fact will not be immediately obvious. Those expecting a radical restyling might be disappointed, since the latest 1 maintains a strong “family” resemblance.

While the stylists have ensured that the new car remains unmistakably a BMW 1 Series, they have worked a bit of magic to make it more stylish. A longer and more tapered nose is complemented by slimmer “eagle-eye” headlamps, giving the face a sharper and definitely more aggressive appearance. 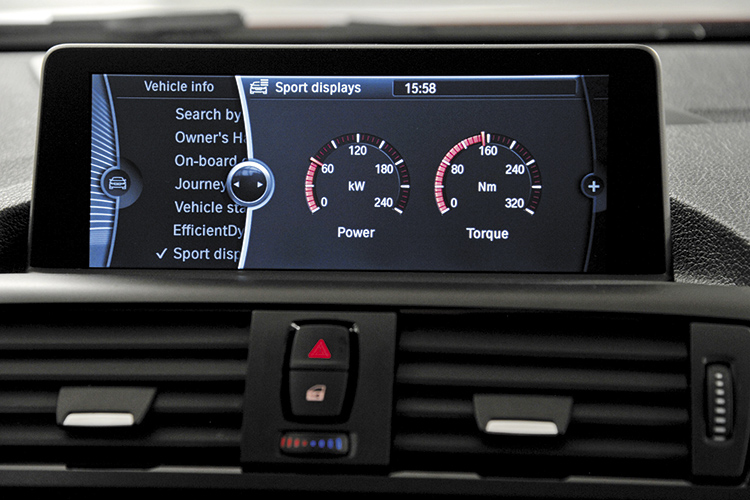 Slimmer C-pillars mean it no longer has a dumpy profile, while clever sculpting along the side panels gives the impression of wide rear tyres, with the bodywork bulging outwards to accommodate much more than the 72mm increase in rear track.

The front track, too, has been increased (by 51mm) and since the car’s height has remained unchanged, the overall impression one gets is of a broader and sportier machine. 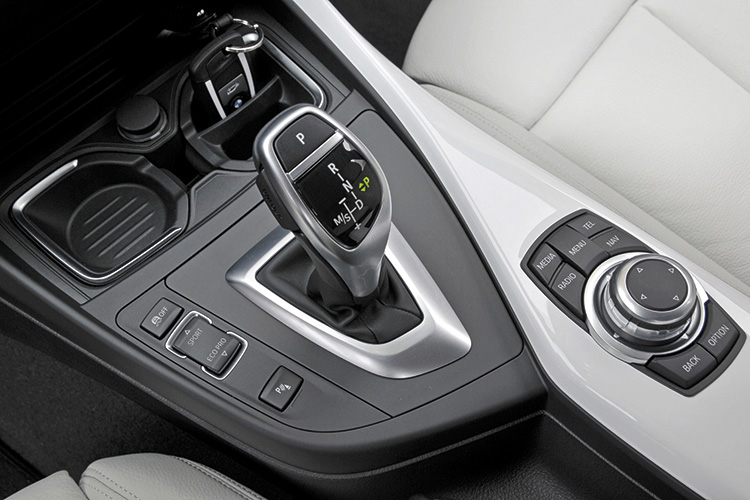 This sweet 8-speed automatic is a key selling point for the BMW 1 Series against the dual-clutch Volkswagen Golf and Audi A3.

It is still no beauty, so heated debates on the new car’s looks will continue throughout its lifespan. Still, few people will grumble about the interior. BMW has made a special effort to create an attractive, comprehensively equipped environment for the driver and passengers.

The new cabin is superior on all counts to the old one, and even better than the existing 3 Series in terms of quality, ergonomics and aesthetics. A 30mm increase in wheelbase has liberated more space for the rear occupants, but in a class where every other car uses a space-efficient front-drive platform, roominess remains comparatively compromised in the BMW 1 Series. 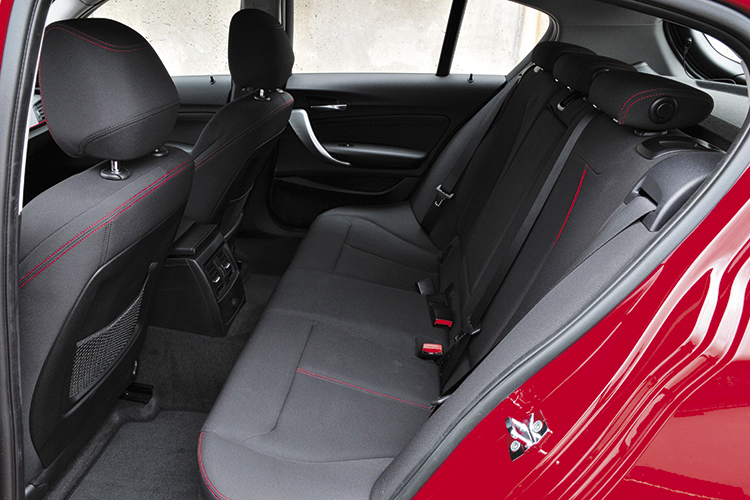 Exact specifications of the cars that Singapore will receive in November are not yet confirmed, but in addition to the Sport and Urban Line packages, there is a huge array of equipment available. 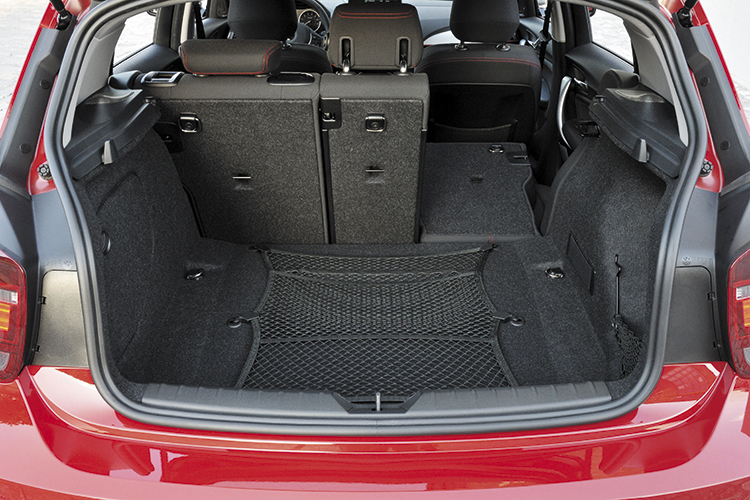 Rear-wheel-drive challenges the interior packaging, but back seat is more comfortable now and 360-litre boot is a useful 30 litres larger than before.

The latest iDrive system can be specified together with a fancy 8.8-inch colour screen. The most interesting new option available on the 1 Series is BMW ConnectedDrive, which offers on-board Internet access that allows you to tweet on Twitter and update your Facebook page on the road. (Just in case you really must access up-to-the-minute postings on your BMW monitor.)

As a ground-up redesign, the BMW 1 Series comes with a completely new chassis, suspension and drivetrain incorporating a mint engine. Singapore-bound cars will have the excellent 8-speed ZF automatic transmission as standard, mated to a new 1.6-litre 4-cylinder powerplant. Two variants of this engine are offered – 136bhp with 220Nm in the 116i and 170bhp with 250Nm in the 118i. 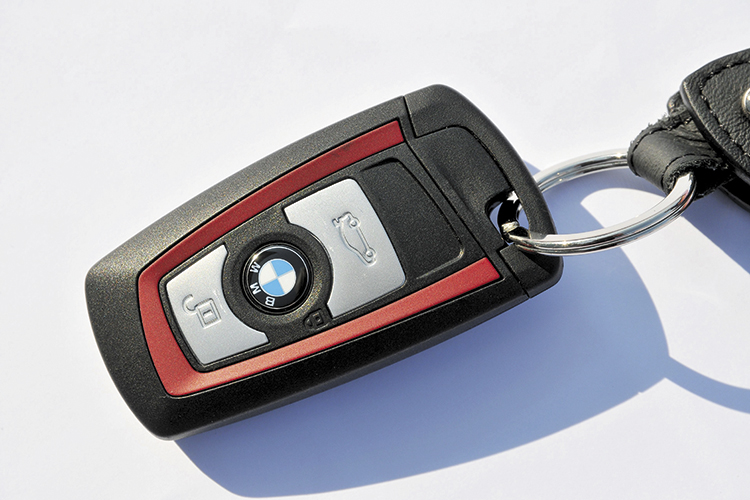 Either way, the new 1598cc engines deliver the healthy torque figures because they are both forced-induction units fed by a single, twin-scroll turbocharger. In addition, BMW’s sophisticated variable valve lift and timing system (Valvetronic combined with Vanos), together with direct injection, promise greater effectiveness and efficiency.

Compared to the previous model with its naturally aspirated 136bhp 2-litre, the new BMW 1 Series 118i is streets ahead in overall performance. The rated 250Nm is available over a wide band of 1500rpm to 4500rpm, which is why there is no lag when accelerating from low speeds. 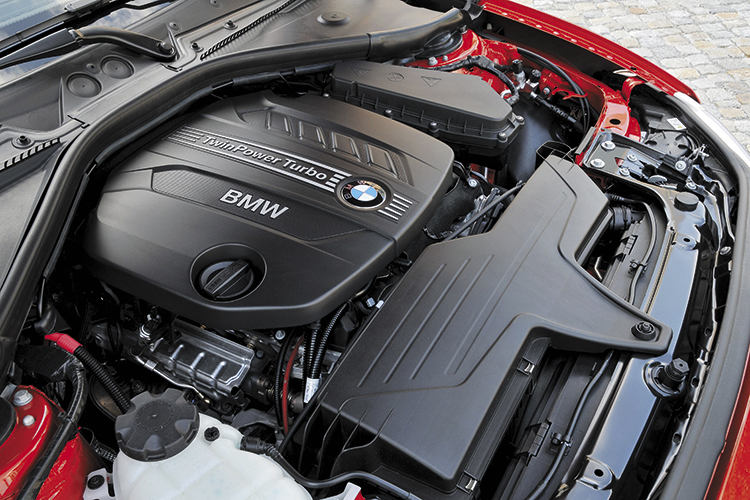 BMW claims the 118i needs just 7.2 litres of fuel every 100km in the urban cycle and achieves a frankly astonishing average of 5.6L/100km (17.9km/litre). Stop-start is a standard feature, which works smoothly with the 8-speed automatic and no doubt helps the vehicle achieve the posted fuel consumption figures. 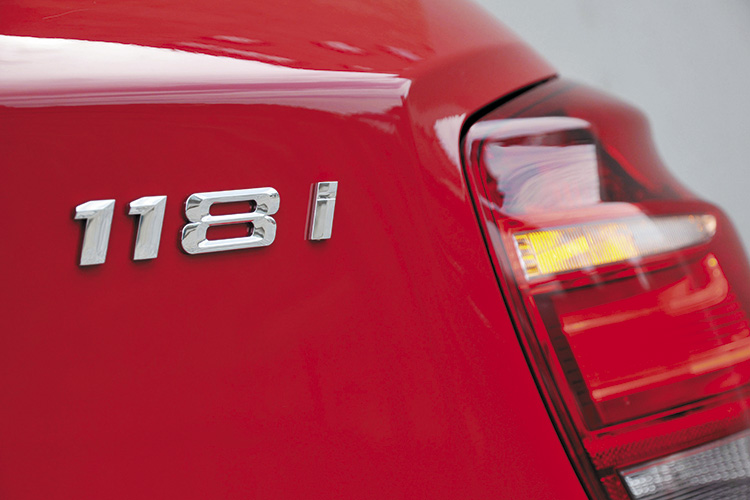 Interestingly, the 116i is claimed to deliver identical fuel economy, although it is less powerful (136bhp) and slower to 100km/h (9.1sec).

The all-new suspension design is another product highlight. The MacPherson strut suspension at the front has what BMW calls a “double-joint cross-strut”, which allowed the engineers to optimise wheel control. A five-link setup at the rear is also totally new and, like the front, incorporates high-pressure die-cast aluminium suspension arms to reduce unsprung weight.

The Sport Line cars we drove were shod with 17-inch wheels and 225/45 tyres. With its near 50/50 weight distribution, the 118i corners with barely a hint of understeer and just a touch of oversteer on wet surfaces that is quickly arrested by the DSC. 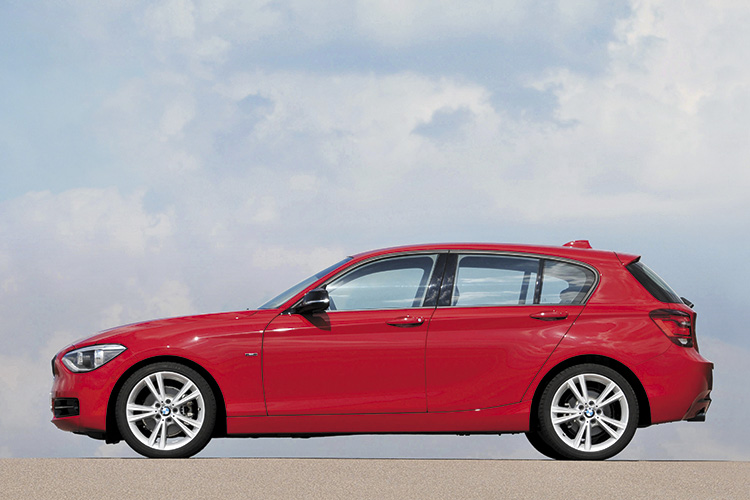 Ingrained substance, rather than outright style, is the new 1 Series’ strong suit.

BMW’s electro-mechanical steering system has the electric motor acting directly on the rack instead of the column – the main reason steering feel and response are more than a match for traditional hydraulic systems.

What’s most impressive is the way the BMW 1 Series keeps all four tyres firmly on the tarmac without reducing ride comfort, even on rough and uneven surfaces. Overall, the new BMW 1 Series is easy to handle and fun to drive. 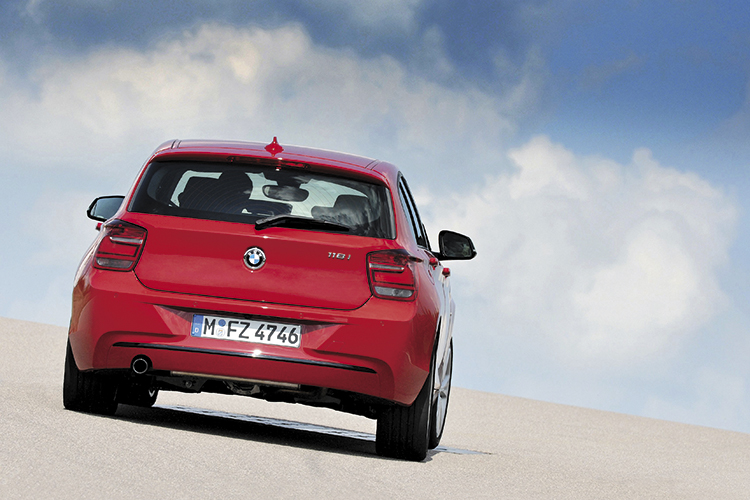 Still the only rear-drive “family” hatchback you can find, the latest BMW 1 Series now comes with an improved set of credentials. The turbo 1.6-litre engine is punchy and economical, the interior is classy (albeit not especially roomy), the equipment is suitably modern and its road manners continue to set the pace. All this newcomer needs is a 200bhp 2-litre to complete the line-up!

Check out the BMW 1 Series

BMW M135i is a hidden gem of a hot hatch

BMW 1 Series hatchback has been upgraded for 2017