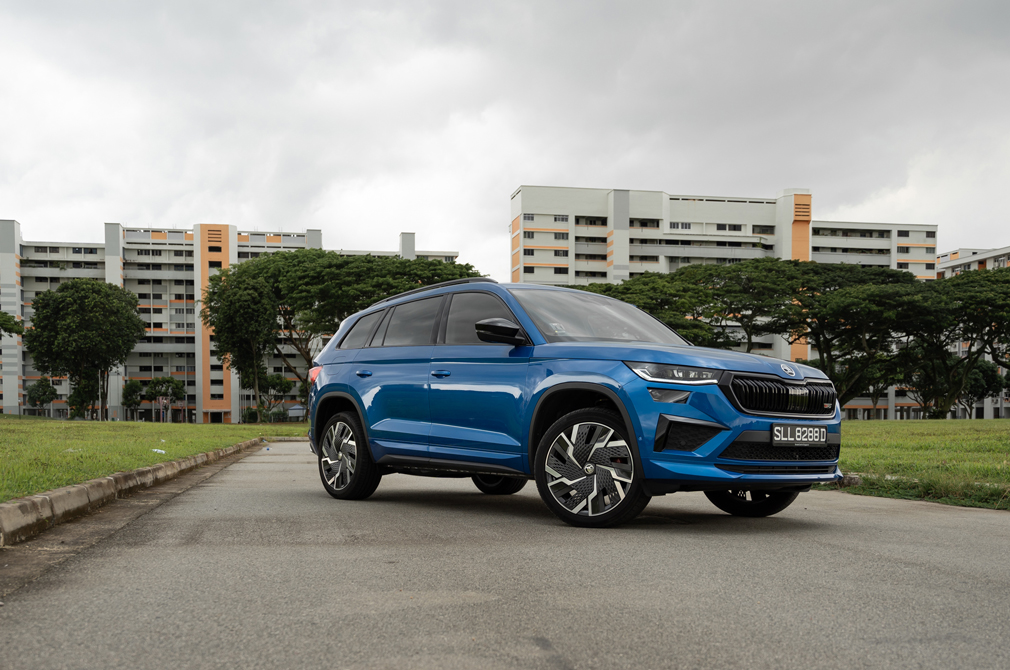 When the Skoda Kodiaq first arrived in Singapore in 2018, it was an immediate hit with buyers who loved its combination of space, flexibility and practicality.

But when it came to performance, it was more bear than bull. It certainly lived up to its name.

Four years and one facelift later, the large SUV has become more refined. And it now has a variant that’s more bull than bear: the Kodiaq RS.

Skoda models adorned with the RS moniker are more performance-oriented than their siblings. One of the most popular ones is the Octavia RS, sometimes referred to as the RS245, with the “245” denoting the 245PS power output.

The same drivetrain is in this SUV, making it the quickest and more powerful model in the range. 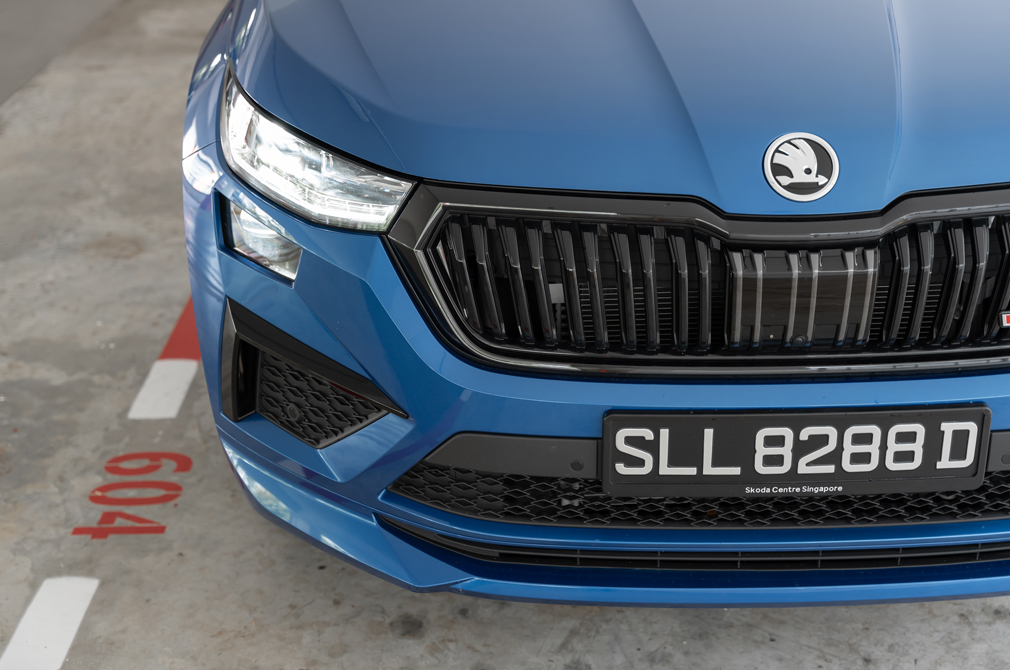 It looks the part, too, with components such as a chiselled RS-specific front bumper, a rear bumper with an integrated diffuser and full-length reflective strip, and 20-inch wheels with aero “inserts”.

Said aero components can (and should) be removed to better showcase the large brake rotors and red callipers. Besides, since Kodiaq RS wasn’t made for eco-conscious drivers anyway, why make it more aerodynamic?

As part of the facelift, the Kodiaq RS also comes with new full-LED Matrix headlights, a wider grille, and revised tail-lamps. 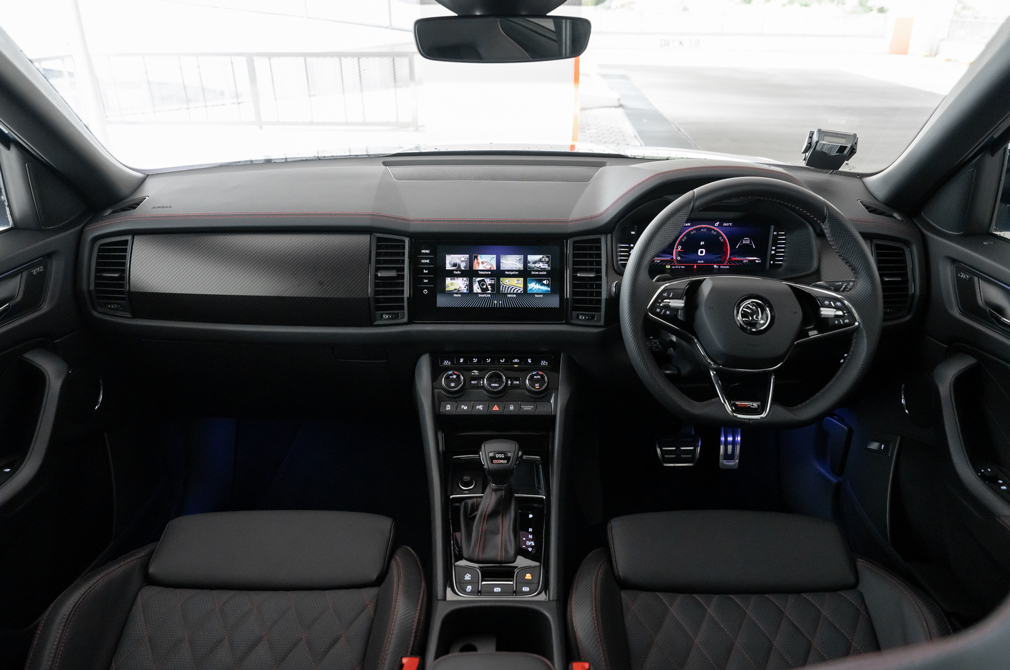 Digitalisation has taken hold in here as well. The analogue gauges have made way for a high-resolution 10.25-inch Virtual Cockpit instrument cluster, which has an RS-specific layout.

There’s also a new 9.2-inch Columbus infotainment unit with wireless Apple CarPlay. Pairing your phone could be simpler though, as you first need to perform a Bluetooth sync before you can activate CarPlay.

In other cars, pressing and holding the Voice command button prompts the CarPlay sync. This would be nice to see in Skoda models in the future.

The “regular” 2-litre Kodiaq is not slow, but for keener drivers, the 188bhp and 320Nm under its bonnet is blunted by the SUV’s mass (over 1.8 tonnes) and all-wheel-drive system.

The Kodiaq RS has more sparkle. Its turbocharged 2-litre four-cylinder pumps out 241bhp and 370Nm, enabling it to finish the century sprint in 6.6 seconds.

That’s 1.1 seconds quicker than the conventional 2-litre model, and not too shabby for a car this size. However, the RS badge – for better or for worse – raises expectations. If you anticipated even greater performance, you might find it underwhelming.

But if you see the Kodiaq RS for the sporty seven-seater SUV that it is, then its performance is just right. 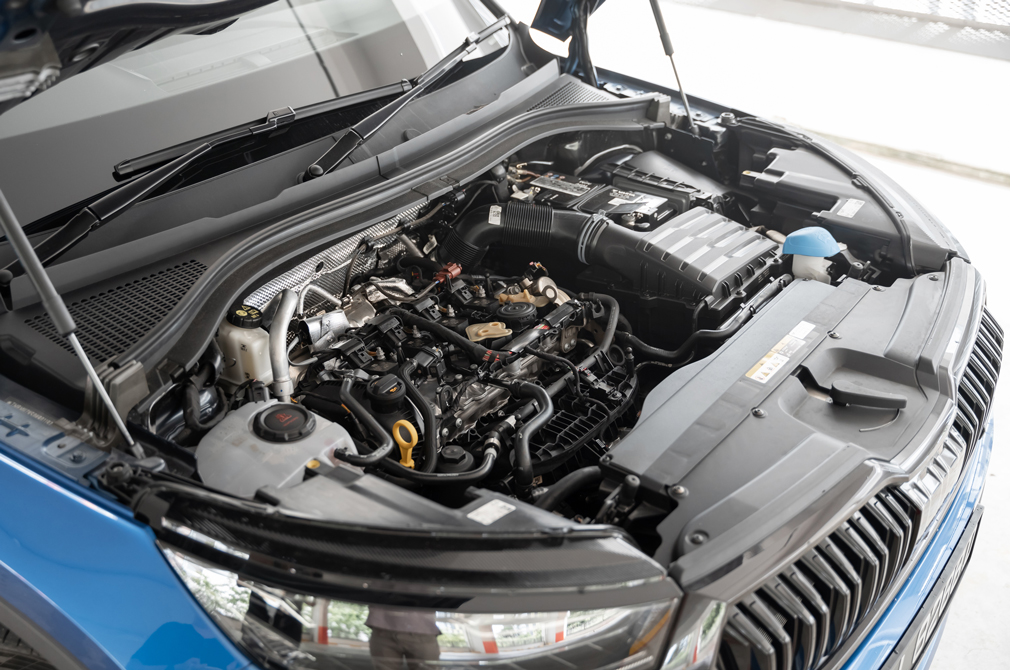 The seven-speed dual-clutch gearbox is quick to engage, which lends the car relatively snappy off-the-line performance. Both upshifts and downshifts with the paddle shifters are also immediate, making the manual override function satisfying to use.

Less pleasing, on the other hand, are the artificial rorty notes produced by the synthetic sound generator. Unless you’re the type who actually likes a faux V8 soundtrack, you’ll probably leave it switched off for good.

What you’re more likely to play around with the is Dynamic Chassis Control (DCC), which lets you choose between Comfort, Normal and Sport settings. Normal is the preferred mode here, as Comfort makes the Kodiaq RS feel boat-like, while Sport results in a jigglier than expected ride.

Yes, it will lean when pushed hard. But if you understand that this is a sporty and not a high-performance SUV, you won’t be disappointed. Just don’t expect it to tear through corners like a hot hatch. 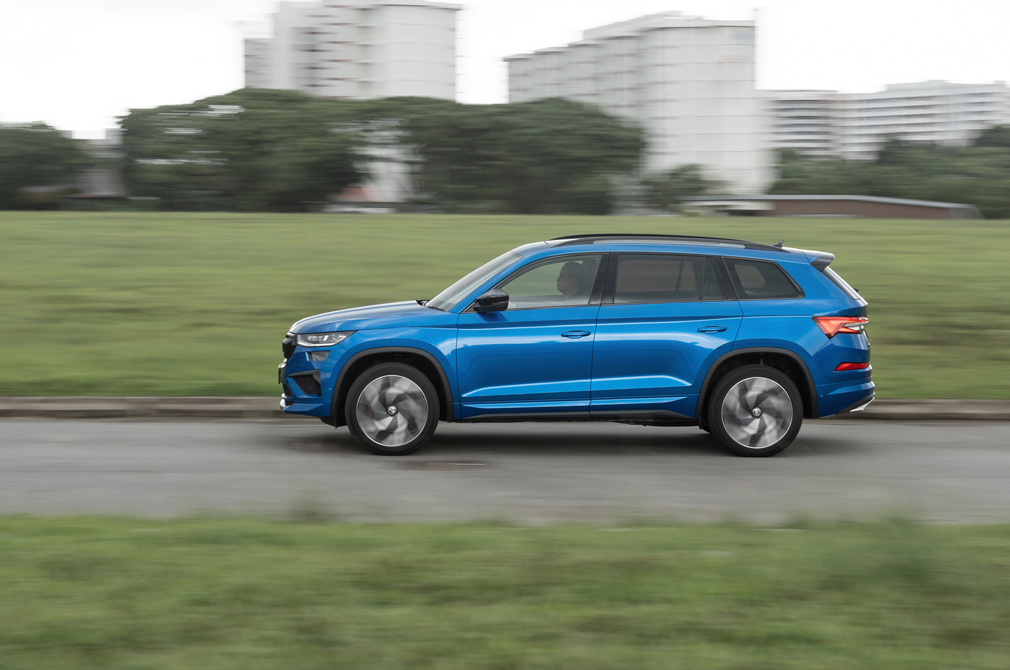 Skodas are known for being user-friendly, and that trait is reflected here. The second-row bench is both spacious and cushy, with oodles of lounging room, plus a pair of air vents and a third climate zone to keep the heat at bay.

Things are less pleasant in the third-row, though, for the space here is adequate for either children or petite adults. Ask average-size folks to sit here, and they probably won’t speak to you for a while.

Apart from ferrying people, the Kodiaq RS is adept at load-hauling duties as well. Even with all seats upright, there’s 270 litres of boot capacity for small items.

With the rearmost seats folded, the volume expands to 835 litres. If you’re helping a friend move house, folding all the rear seats liberates the full 2005 litres, enabling you to fill the cabin with numerous boxes.

Now, do you need the RS variant to move family and furnishings? Probably not. Not when the less powerful and more importantly, less expensive Kodiaq Laurin & Klement can do the same jobs for much less ($40k less, to be exact).

The RS model will only be compelling to drivers who absolutely insist on the perkier performance, and enjoy the fact that their Kodiaq will be more bull than bear. 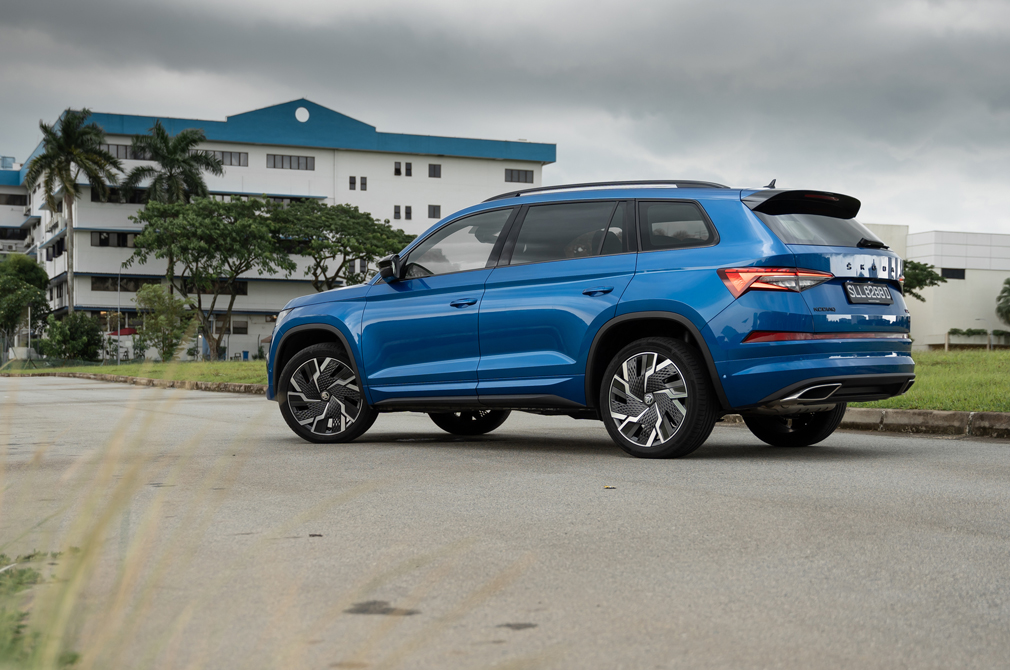