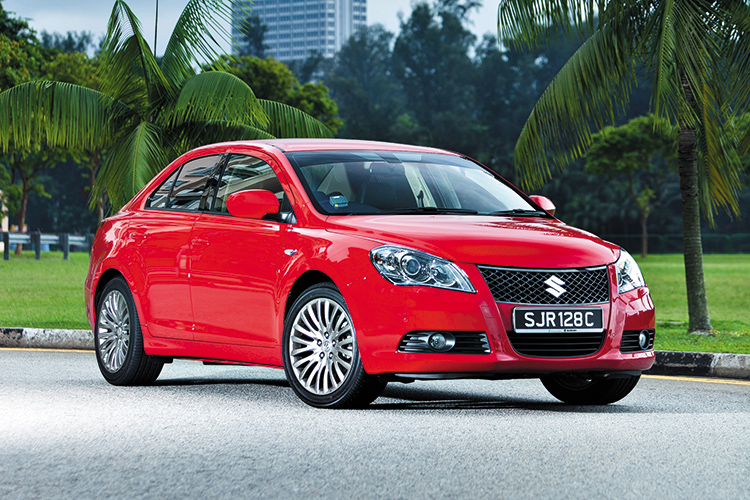 Suzuki isn’t fazed by Honda or Mercedes-Benz on the narrow streets of Tokyo, or by legislation that favours extremely small cars.

The marque doesn’t care much for Nissan or Volkswagen, either – not when its army of boxy oddities, which include the Wagon R and an MPV called the Palette (in obvious reference to its tray-like shape), stack Suzuki high on Japan’s sales charts year after year. 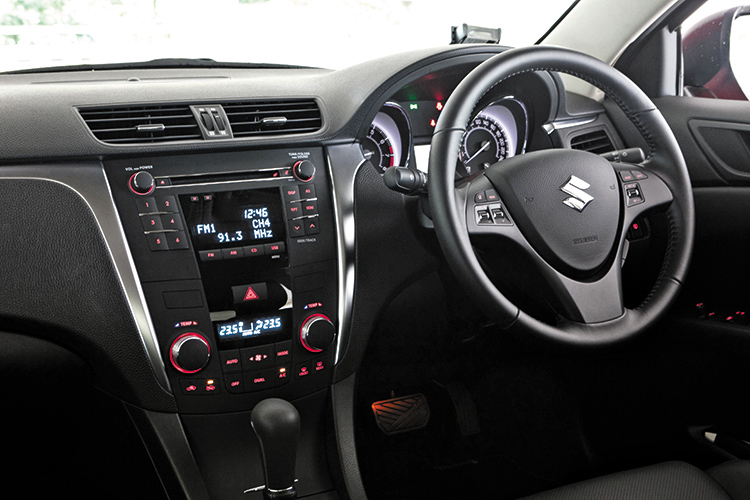 Suzuki Kizashi is a fine flagship for the masses in terms of equipment and embellishment.

Compound this trend with Suzuki’s success in creating a Swift that appeals to the world outside Japan, and we have the motivation behind the Suzuki Kizashi.

This is a very significant model for Suzuki, being the brand’s first vehicle to be designed from the ground up as a saloon.

It’s also the first time that the marque has crowned a notchback as its flagship model, rather than a mud-plugging SUV. 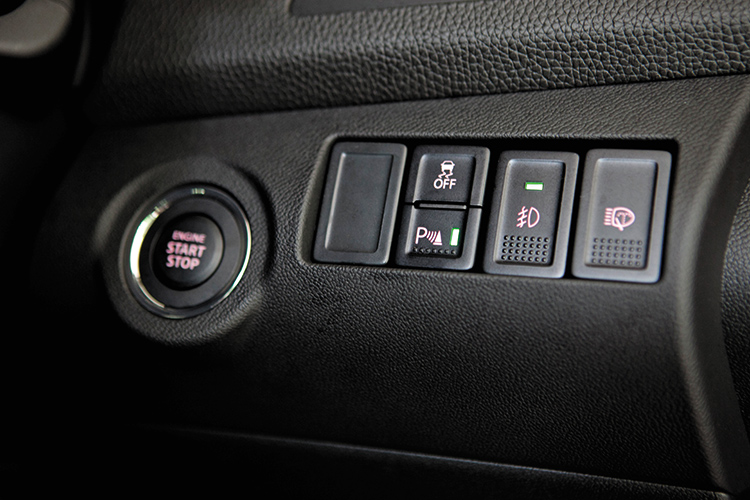 Flagship features for the car include precise parking sensors, ESP, xenon headlights and an ignition button.

The Suzuki Kizashi doesn’t look as weird as the bean-like MR Wagon or the retro-themed Lapin.

Even by export model standards, it appears well resolved, suffering none of the awkward proportions evident in Suzuki’s current and past saloons (the Liana and SX4 come to mind).

If anything, Suzuki might be criticised for making the Suzuki Kizashi too “un-Japanese”. 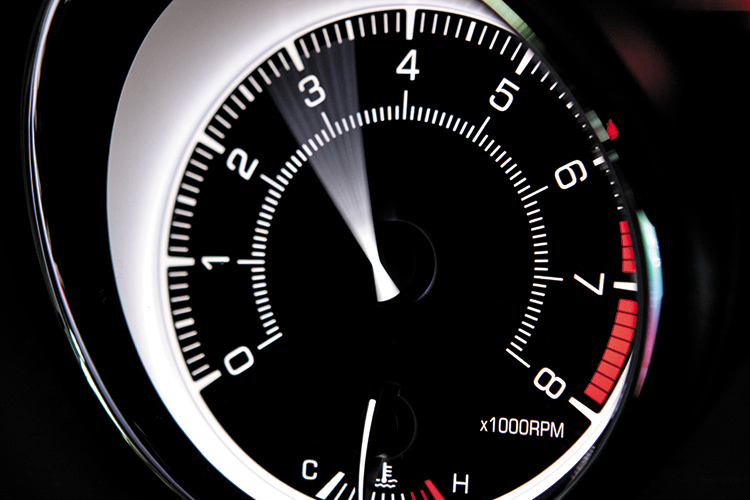 As with the MINI-inspired Swift, the new four-door carries insight from more than a few established models (there’s a bit of VW and BMW in there).

The imposing, almost Volkswagen-style front grille adds presence (the headlights look like the SX4’s), but it’s the rear – with the kick-up on the boot lid and pronounced shoulder hunches – that lends the Suzuki Kizashi a distinctive design personality. 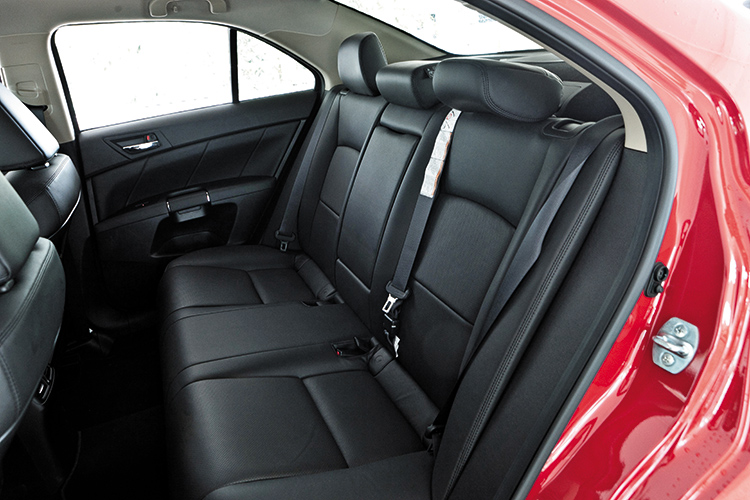 Sitting on huge 18-inch alloys, the car certainly looks sporty, and it wears its bulk well enough to pass off as a competitor to the Civic, even though the Kizashi some 100mm longer overall.

The Suzuki also strives for a more premium rung on the automotive ladder than the popular Honda.

Suzuki put in the hours to get the cabin right. While you wouldn’t call it luxurious (the centre console seems too narrow and plain, for instance), attention has been paid to features such as the new control stalks and the soft plastics used on the dash top, which feel encouragingly tactile. 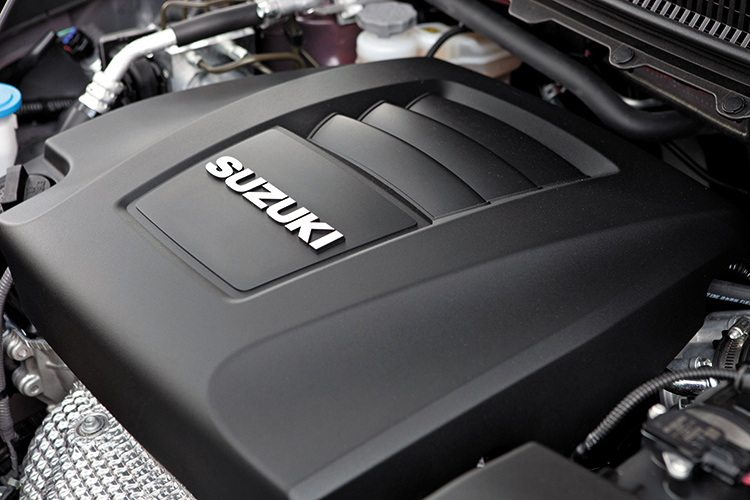 Powered front seats with memory settings for the driver, keyless entry and engine start, a digital trip computer and an integrated stereo system (complete with a subwoofer under the rear speaker board) also help create a premium interior.

But real substance lies beyond the leather and gadgets. The Kizashi is, by far, the most refined Suzi yet.

For all its sporty exterior touches (including over-the-top shiny exhaust vents reputedly inspired by the firm’s motorbikes), this car is a hushed cruiser – even with those big wheels. 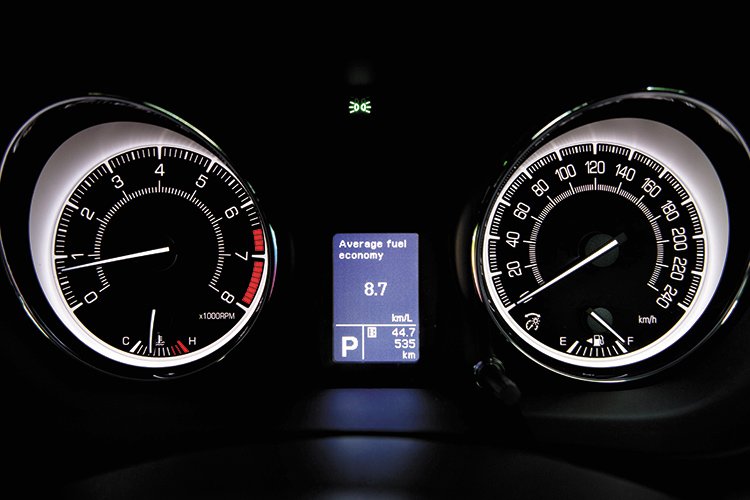 Driven aggressively, the Suzuki Kizashi can be quite thirsty; back-lit meters look classical by Suzuki standards.

Animating the Kizashi is a tuned-up version of the Grand Vitara’s 2.4-litre.

Instead of the 4-speed torque converter automatic in other Suzuki models, the Suzuki Kizashi gets a CVT with six pre-set ratios for sequential shifting, accessible with the gear lever or very fashionable shift tabs behind the steering spokes (a first for Suzuki).

Programming the transmission with a tall final overdrive ratio not only helps fuel consumption (which was only so-so during the test drive), but also keeps engine noise to a minimum. 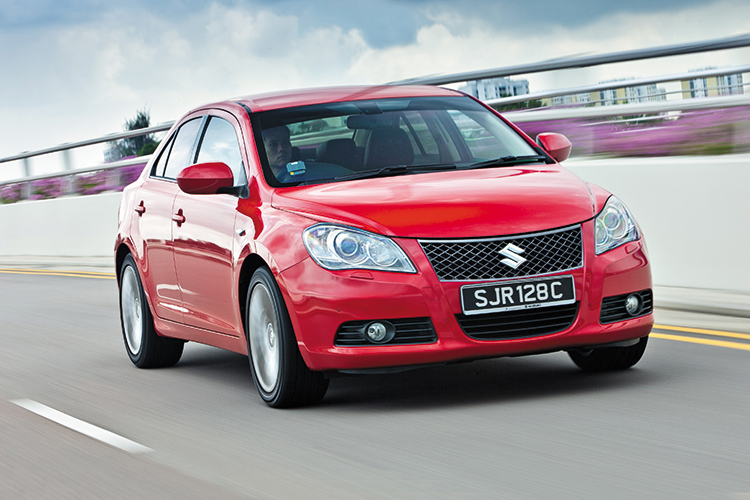 Suzuki Kizashi is the most refined Suzuki today and the fastest, too.

The transmission is as smooth as can be. In fact, it’s possible to forget it’s a CVT because of how natural it feels.

You’d have to squeeze the accelerator really hard to notice the “slipping clutch” sensation typical of such gearboxes (kind of a misnomer since there aren’t any real “gears” to speak of).

As CVTs go, the Suzuki Kizashi’s is impressively refined and responsive enough for daily use. 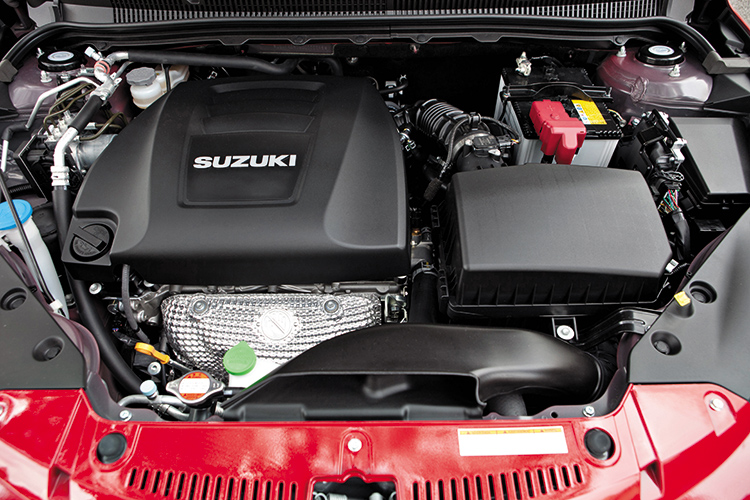 Suzuki Kizashi engine is based on that in the Grand Vitara, but has beem modified for stronger performance.

Driven normally, the Suzuki Kizashi is quite a sprightly thing. The engine doesn’t really sing at high revs, but there’s adequate low- to mid-range torque to shift the car swiftly.

Take on more challenging roads with a bit more gusto, and the chassis reveals its mature manner vis-a-vis the already capable and frisky Swift Sport.

The level of precision is very much there, but the Suzuki Kizashi has a far softer edge about its handling than the hot hatch. 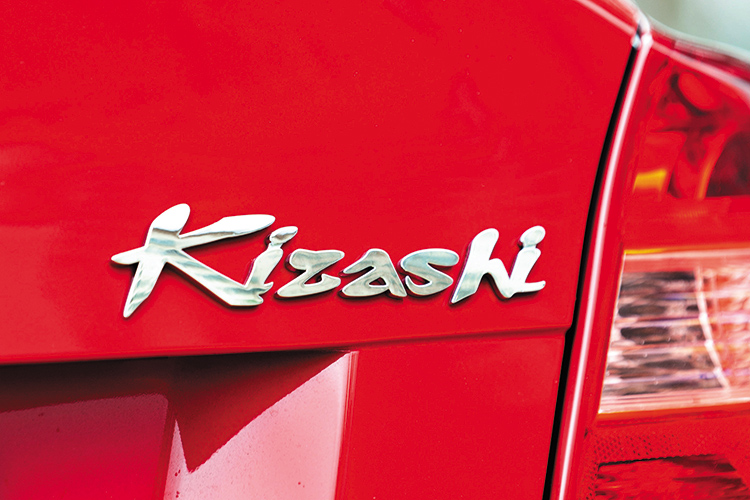 Being slightly smaller than cars like the Mazda 6 and Toyota Camry probably has something to do with its uncanny agility in the bends. In all, it delivers a pretty good drive.

Making it smaller than the Toyota Camry may work in its favour in Europe, but bigger is better in face-loving Singapore.

Suzuki will also have to overcome the enduring perception that it’s only good for compact budget cars and hardy SUVs. 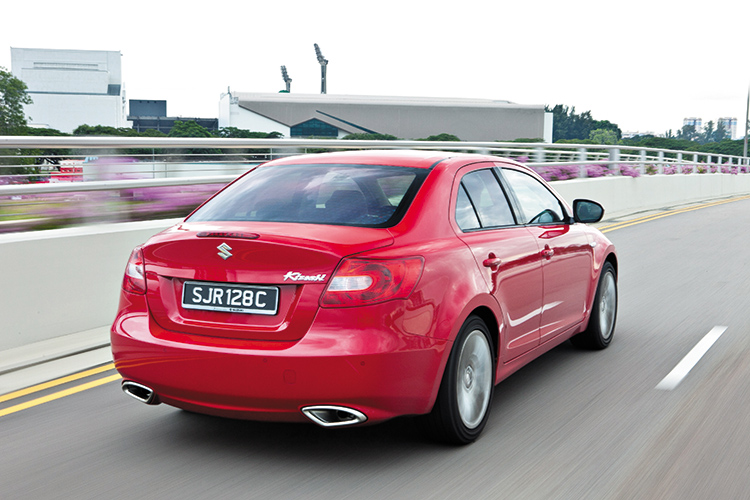 Coming at a time when the Europeans are closing the price gap to their Japanese competitors (at press time, the basic Mondeo is a wee bit cheaper than the Suzuki Kizashi, and the Ford drives marginally better too), it’ll be hard going in Singapore for the newcomer.

Then again, Suzukis have always been associated with “tough”.

Group Test: Suzuki Kizashi vs Kia Optima vs Hyundai i45

Mazda CX-3 1.5 review: Down(sized) but not out
This site uses cookies to help us serve you better. By continuing to explore our site, you accept our use of cookies.I Accept