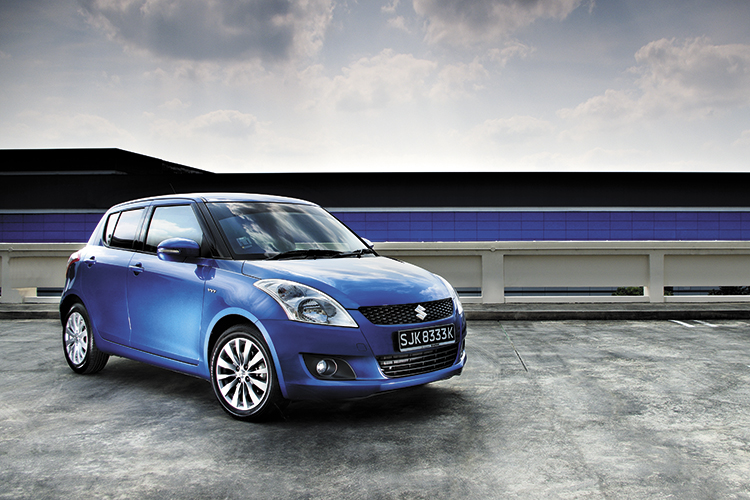 One of Suzuki’s biggest achievements in recent years was the Suzuki Swift.

It is like the Ayumi Hamasaki of superminis – attractive, talented, popular and perfectly in tune with Asian consumer culture.

With this new Suzuki Swift, the Japanese automaker hopes to build upon the commercial and critical success of its signature model, which has sold over 1.6 million units worldwide in the past six years (around 4000 of them in Singapore).

The safest way to do this is to offer more of the same car, without making a quantum leap in any one area. Existing owners won’t feel short-changed, while potential customers will still be attracted by the restyled metal and newly specified features. Suzuki’s product planners probably thought so, too, because their development concept for the newcomer was “More Swift!”. Despite that exclamation mark, there is no element of surprise in the styling. It could pass for a mere facelift, especially at the front, which looks so similar to its six-year-old predecessor that we mixed up the catalogues at one point.

The rear end is where the new Suzuki Swift looks newest – the tail-lamps are more dramatic, the tailgate has been redesigned (the previously exposed hatch release button is now hidden under the lip) and the registration plate plinth sits higher on the reshaped bumper.

The GLX spec (tested here) adds handsome 16-inch alloy wheels, signal indicators on the side mirrors and front fog lamps – all fitted at the Kosai factory.

The only body colour carried over appears to be Sunlight Copper (a funky shade of orange). Azure Grey is now Mineral Grey, Silky Silver is now Star Silver, and Pearl White is now Snow White. (Yes, we don’t know the difference either.) 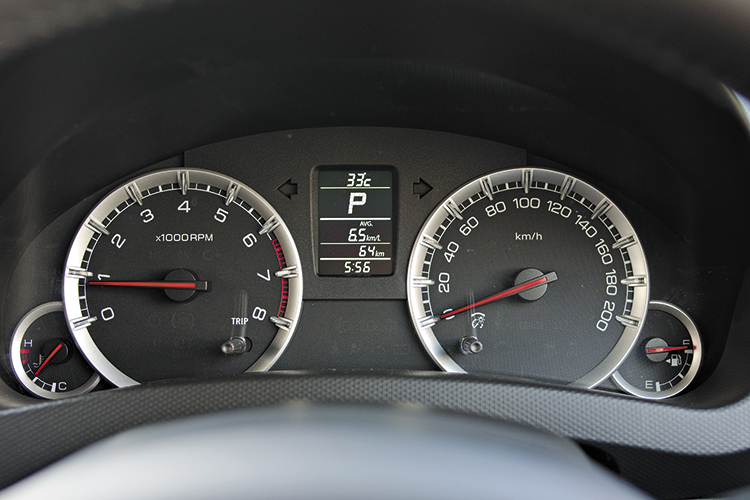 Our test car came in Boost Blue, which is presumably somewhere between the old Suzuki Swift’s Nocturne Blue and Kashmir Blue.

Additional “colours” are available from the local dealer, which is offering optional wraparound stickers that might be too colourful for ordinary folks who just want a sensible runabout with regular paintwork.

The Suzuki Swift is still compact on the outside, but it has actually grown a little. It is almost 100mm longer and a smidgen broader, and it rides on a longer (by 40mm to 2430mm) wheelbase with slightly wider tracks.

The Suzuki Swift’s chassis stays conventional, with simple struts in front and a typical twist beam behind. The car also gets rear disc brakes at last, albeit only for the GLX version (the $3k cheaper GL retains rear drums). 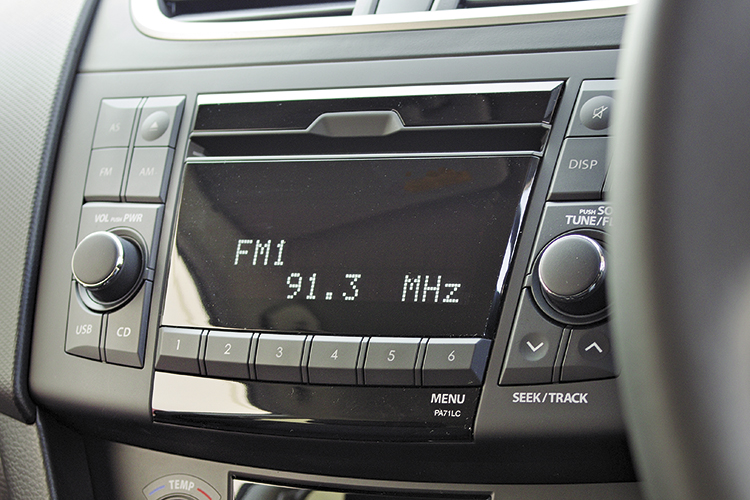 Head unit has been made more ergonomic, while the air-con is as effective as ever (auto climate control is for GLX only).

Suzuki claims to have softened the suspension, stiffened the body and lowered the centre of gravity to achieve a happier ride-and-handling compromise.

Keeping the eco-conscious motorist happy is the equally eco-conscious 1.4-litre 4-cylinder. Essentially a stroked-up derivative of the 1.2-litre K12B used in the superseded JDM (Japan domestic market) Suzuki Swift and also the Splash, the K14B is cleaner and much more economical than the current M15A 1.5-litre.

CO2 exhaust emissions from the car have dipped below 150g per kilometre, while the quoted consumption is an impressive 18.2km per litre (for the manual). Even the fuel-sipping Honda Jazz 1.3 cannot match that.

Circular push-button ignition is one of the car’s friendly features.

Torque, too, has dropped from 133Nm to 130Nm. Saddled with a 4-speed automatic, (no dual-clutch yet from Suzuki’s strategic partner Volkswagen), the Suzuki Swift is less swift than before, requiring 12.3 seconds to complete the century sprint – 0.6 of a second slower than the previous model.

That performance deficit is obvious on an expressway up-ramp or with four persons on board, but the hardworking engine still tries its best to get a move on.

The Suzuki Swift’s engine is willing to rev towards the 6300rpm redline, but it already runs out of juice around the 5000rpm mark. Anyway, the humdrum note doesn’t encourage further exploration of the tachometer.

More importantly, the Suzuki Swift is pretty light on its feet in city traffic and urban areas. The transmission kicks-down readily and its swopping of ratios is prompt enough to bridge part of the sizeable gaps between gears. 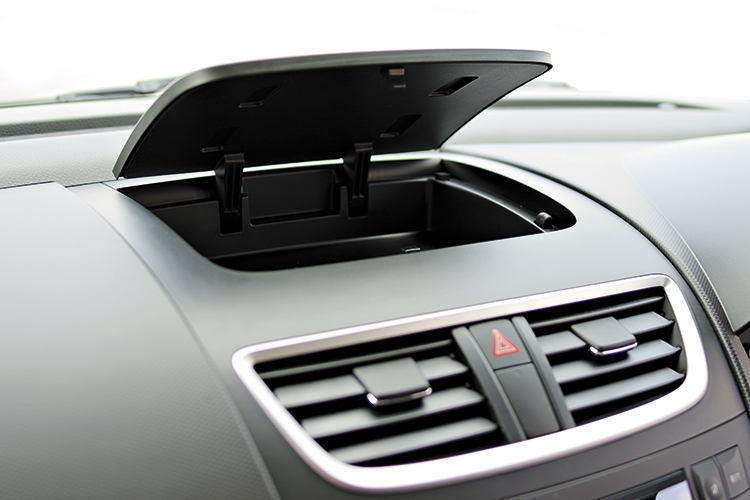 Storage of odds and ends is the Suzuki Swift cabin has been improved greatly.

The gearshift lever is nicer now, but the switch to an O/D off (overdrive off)/“D-2-L” arrangement is a retrograde step, with the earlier staggered shift gate being more conducive to DIY downshifts.

Maybe this is meant to discourage enthusiastic shifting, which would sabotage the excellent fuel economy. Helping to maintain this frugality are the early upshifts on a gentle throttle, which have the car strolling along in fourth gear at a relaxed 40km/h.

Quicken the pace and the Suzuki Swift keeps up, but preferably in short corners (where it is brisk) rather than on long straights (where it turns sluggish). The steering continues to be electrically assisted, but it now comes with a variable-ratio rack that “accelerates” the turn-in.

It’s not brimming with feedback but it has a bit of weight, although some of that could be due to the 55-profile tyres. The turning circle, by the way, is significantly wider now for some reason. There is a little more room, but the back seat is still a squeeze for three and the headrests remain small.

This is one of those hatchbacks that you can hammer around and it won’t hit back. The Suzuki Swift simply hunkers down, holds the road and heads towards the end of the road.

Braking hard from high speeds is also easy. This humble hatch is surprisingly nimble, boding well for the Suzuki Swift Sport replacement due next year.

The Suzuki Swift’s ride is already sporty, and this is not a compliment. There is noticeable road noise, particularly over poorly finished tarmac, and bump-thump occurs often in town, suggesting firmish springs with limited damper travel. Thankfully, the rush of air around the wing mirrors and front pillars at speed is never invasive, although the busy ride could well be masking it.

Inside the cabin, the dashboard has been influenced by the Suzuki Kizashi’s. It is classier and much curvier than the previous Suzuki Swift dash. 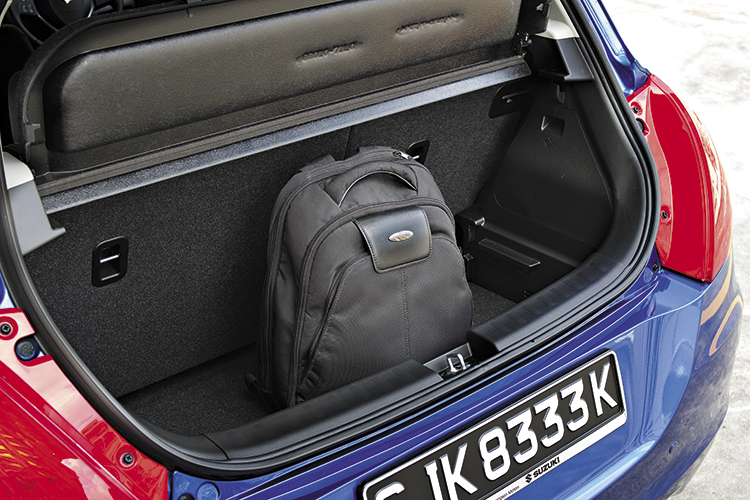 The leather-wrapped steering wheel looks like it was taken “from” the Suzuki flagship, and it even adjusts for both reach and rake in the Suzuki Swift GLX variant. Another pleasant surprise is the indicator stalks’ one-touch function (tap once to flash the signal lamps thrice), but the action is less positive than, say, the Volkswagen Polo’s. Keyless entry with push-button ignition is standard for the Suzuki Swift GLX, along with six airbags.

High on the wish list of current Suzuki Swift owners (in our office straw poll) are “more compartments” and “better stereo”. The new model is glad to oblige.

There is a lidded compartment above the Suzuki’s Swift central air vents, the lower console can hold more of your loose items, the front door bins are roomier and there are practical pockets in the rear doors where there used to be none. The glovebox opens wider now (but is still unlit inside), with a sliver of an open shelf above it.

The new audio system is better than before. It has a larger, clearer display and upsized buttons, plus a well-placed USB port for your digital music player. Sound output from the six-speaker hi-fi is about average, though. 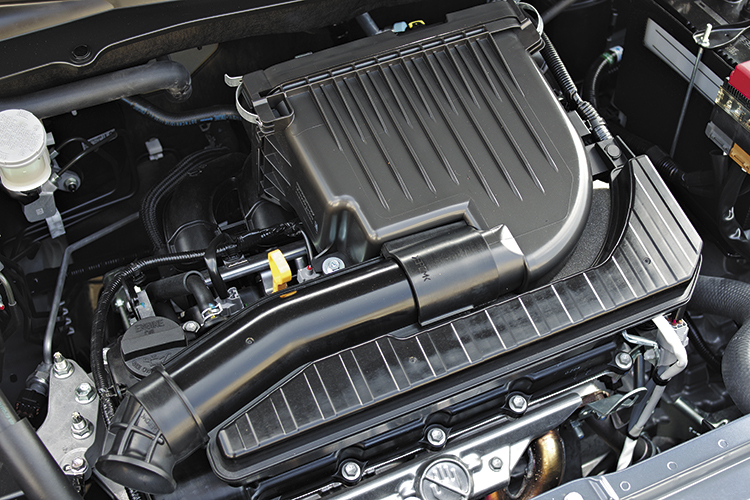 Mechanical efficiency of the 95bhp 1.4-litre is much higher than its energy.

Above average by supermini standards is the Suzuki Swift’s new instrument cluster. It is neater than the old set of meters and includes a proper index for the autobox drive mode.

The trip computer now also calculates distance-to-empty (it used to be average and instantaneous consumption figures only). Creative backlighting gives the gauge needles and acrylic graduations a fancy effect. 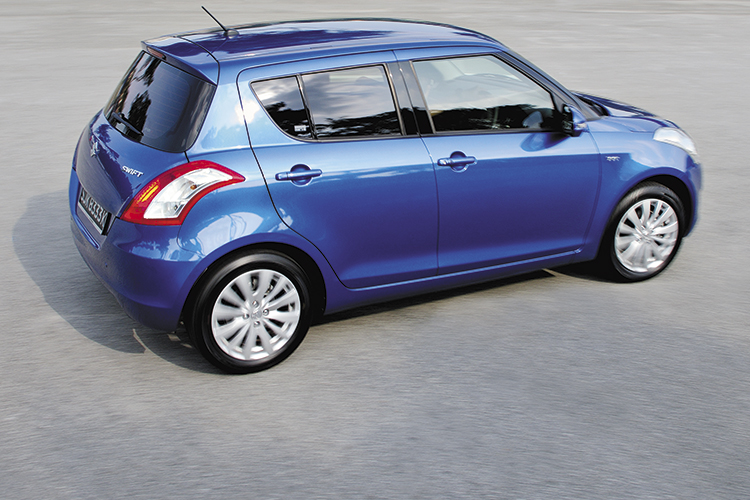 The driver will also notice his bigger and more comfortable seat, improved visibility (thanks to a tad more glass for the side windows and mirrors) and the downward-sloping armrests (they provide “extra” space between the steering and the driver’s door, but their angle makes it awkward to rest your arms on them).

The new Suzuki Swift has what it takes to be as successful as its predecessor. It is a well thought-out “recook” of Suzuki’s proven, world-class supermini recipe. 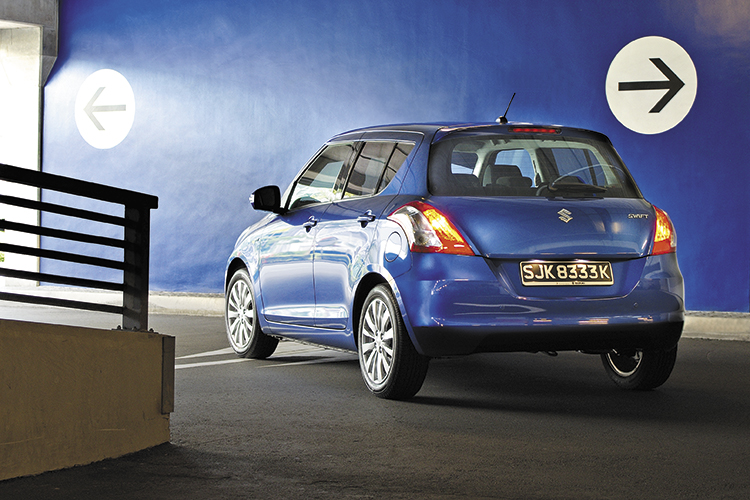 The new Suzuki Swift is less swift than before, but it is also less thirsty.

But today’s COE situation means that half the $80k base price of the latest Suzuki Swift goes to the expensive Category A certificate. Suzuki Swift-style Tokyo thrift in Singapore is therefore less thrifty than it should be.

Check out the latest Suzuki Swift