Latest Suzuki Swift Sport is lighter and quicker than the previous one | Torque
Loading posts...
0 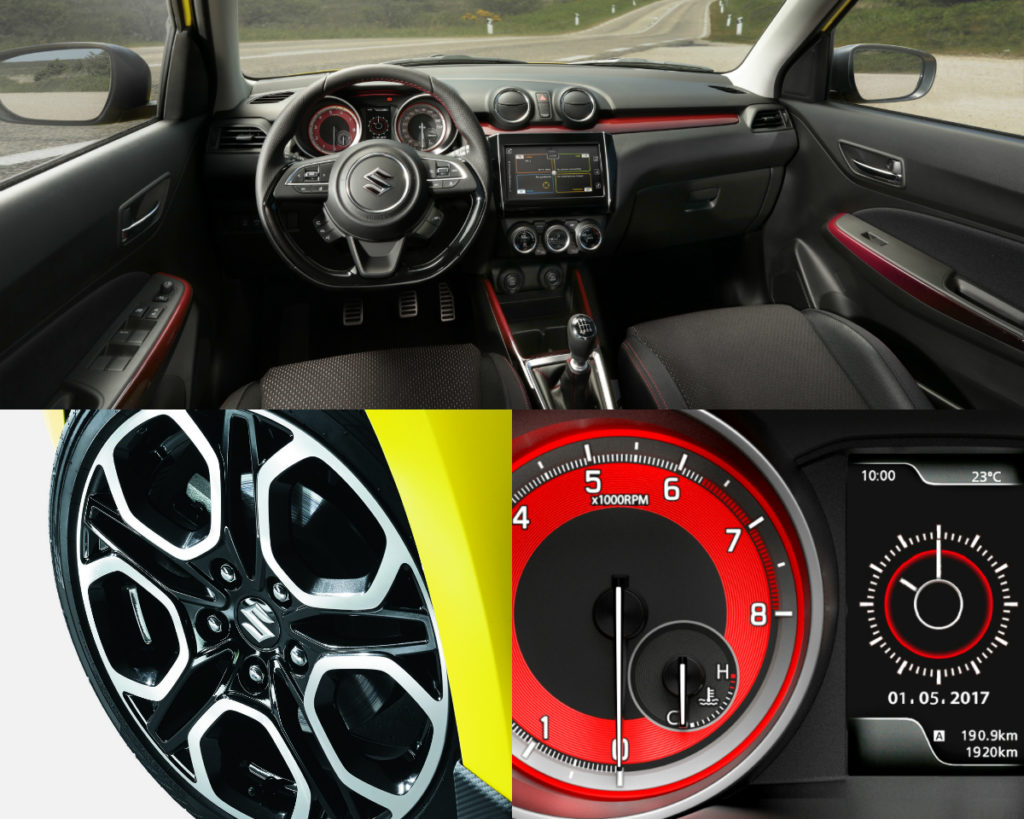 With a 1.4-litre Boosterjet engine producing 230Nm of torque, and a total kerb weight that is 80kg less than its predecessor, the lighter and quicker Swift Sport has evolved into a genuine hot hatch that makes exhilarating sports driving a reality. The torque-to-weight ratio of the new Swift Sport is approximately 4.2kg/Nm, making it one of the most competitive hot hatches in the market.

To achieve short-stroke and nimble shifting, enhancements have been made to the same 6-speed manual transmission used in the previous Swift Sport.

The new Swift Sport rests on a new-generation Suzuki platform called “Heartect”, which delivers enhanced fundamental vehicle performance through light weight and high rigidity. In addition to the new platform and the lightweight, shock-absorbing “Tect” body, detailed optimisation of interior parts, seats and other components has resulted in a kerb weight of just 970kg.

The wheelbase is 20mm longer than the previous model’s, while the tread is 40mm wider both front and rear, helping to increase straight-line stability. In keeping with the design focus on performance and emotional connection, the body has been lowered by 15mm and widened by 40mm, creating a more grounded, athletic stance.

The Swift Sport features an exclusive frontal design, with the front grille and bumper projecting the nose beyond that of the standard Swift, conveying a sense of tautness and imminent action. Muscular shoulders, blacked-out A-pillars and vertically arranged front and rear lamps are brought into vivid relief in the Swift Sport with black aerodynamic under-spoilers spanning the front, sides and rear, and a roof-end spoiler that balances aerodynamic advantage with sports aesthetics.

The debutante’s other design highlights include a “staggered” design for the large-opening honeycomb grille, carbon fibre-style embossing for the front grille, front lip spoiler, side skirts and rear diffuser, thin-spoke 17-inch alloy wheels, and a tapered shape for the dual exhaust tips that relay presence with their wide light-reflecting surfaces

The new Swift Sport cockpit creates an immersive, interactive sports driving environment, starting with red interior accents and a driver-oriented instrument panel that stirs the driver’s imagination. The main gauges pop with contrasting colours, while new boost and oil temperature gauges enhance the sporty driving experience. High-quality textures and materials are used throughout the cockpit, including in the semi-bucket front seats that let the driver and passenger share the Swift and sporty driving sensation. 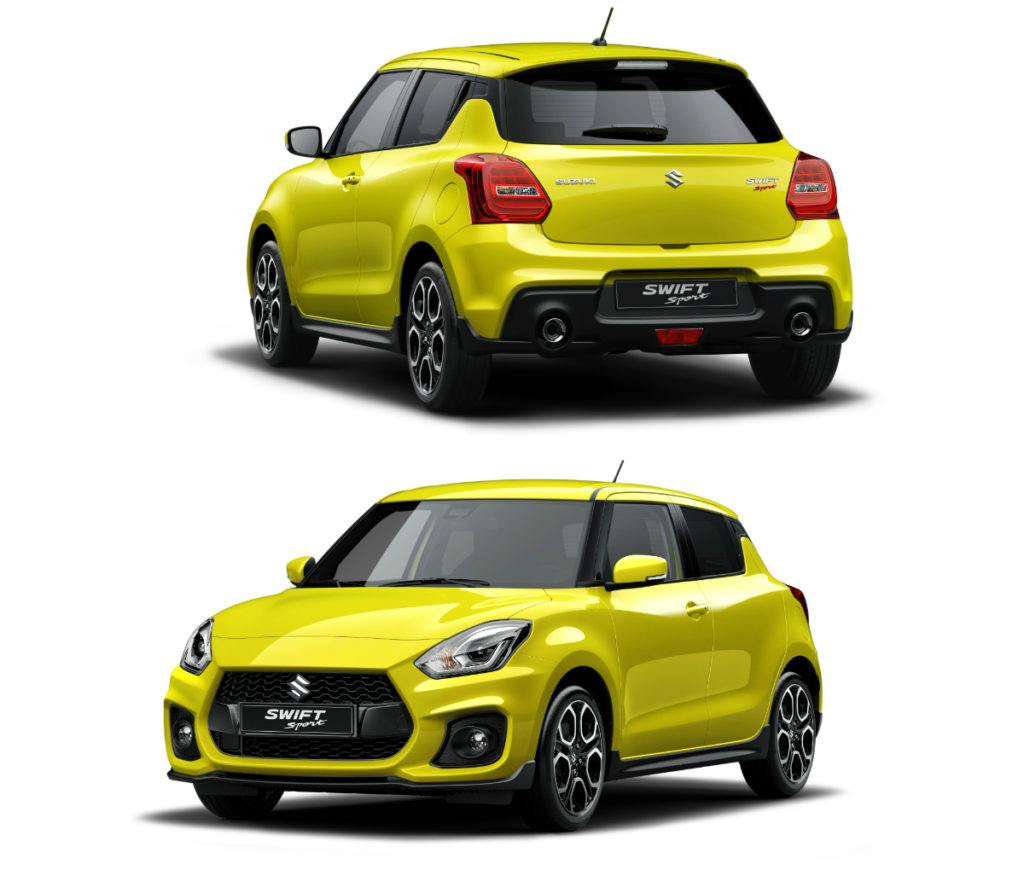 Read about the Singapore guy who replaced his 10-year-old Toyota MR-S with a brand new Suzuki Swift Sport. 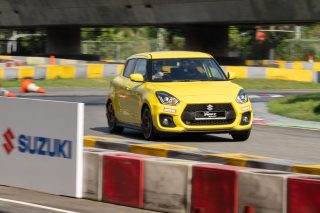