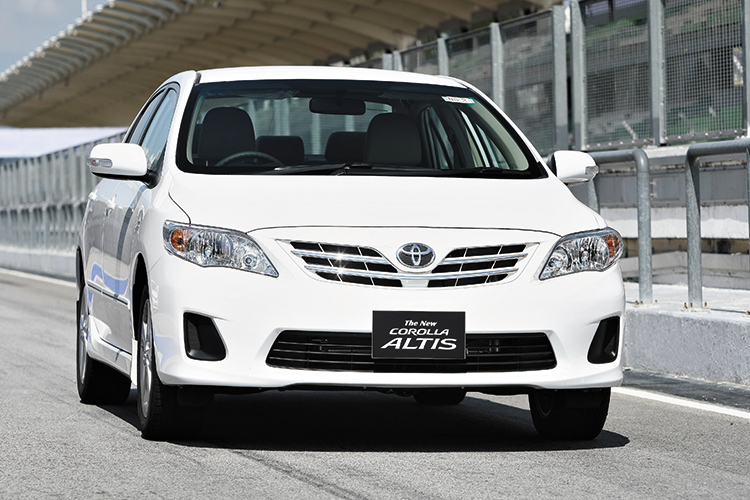 It has only been two and a half years since the current Toyota Corolla Altis was introduced, but because there are so many of them around, it just seems like a lot longer than that.

Even in these days of $30k-$40k COE prices, roughly 200 Corollas are sold every month in Singapore.

The Toyota Corolla (the additional Altis tag was added ever since production began in Thailand) has been around for more than four decades.

In all versions, the model’s design and engineering have been based on the most tried-and-tested of contemporary technologies in drivetrain, chassis, construction and manufacturing. 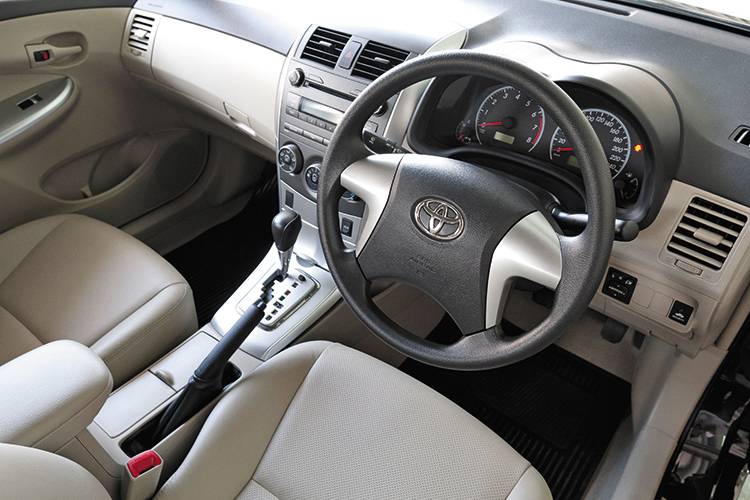 A touch-up of some switchgear and trim is all that is needed to keep the Toyota Corolla Altis owner happy.

State-of-the-art technologies or components are not all-important for the Toyota Corolla, but safety and reliability are.

This latest version has had styling tweaks and it is equipped with new engines, plus a new transmission for the Altis 1.8.

The rest of the car is pretty much the current Toyota Corolla, and we are not likely to see any more changes or upgrades until the all-new model arrives in about another 30 months.

Altis Chief Engineer Michihiko Sato wanted the Toyota Corolla to appear lower and wider, so he ordered that the grille stretch all the way from headlamp to headlamp, the bumper vent openings be wider and deeper, and the fog lights be moved outwards. 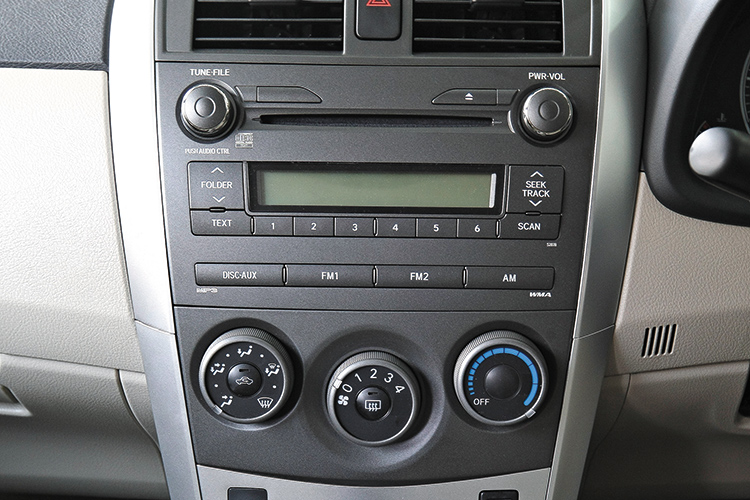 Toyota Corolla Altis’ new hi-fi head unit is a welcome change and the plastics have been improved slightly, but this console is still quite dull.

Though it is strongly reminiscent of the current Toyota Corolla Altis, the new face is somehow immediately obvious.

Because the front of the car is dominated by a massive one-piece plastic moulding, it has been possible to give a new facade without expensive tooling for sheet metal changes.

Yes, the bonnet, doors and fenders are carried over from the previous model, but nobody really looks at these body parts anyway, especially in the Borneo showroom.

The rear gets a reshaped new bumper, a pair of “reflashed” tail-lamps and a long chrome strip just above the number plate. 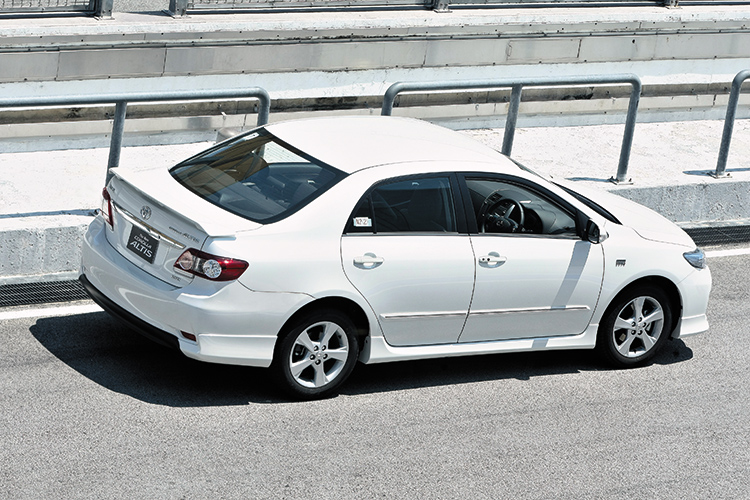 No sheet metal changes here either, but it’s a smarter and less cluttered look that is again obviously different from the old car’s.

The interior is largely unchanged, except for the thankful lack of artificial wood. Matt aluminium finish, instead, turns out to be far more attractive and indeed, far less offensive. Overall fit and finish is of a high standard.

The chassis has been carried over – geometry, springs, dampers, and right down to the size of the tyres, which shod alloy wheels of a new design. Interestingly, the electric power steering is said to have been recalibrated.

The Toyota Corolla Altis has always been known for a comfortable ride and safe roadholding. Hence, we think that the decision to leave the suspension settings as they were was the right one. 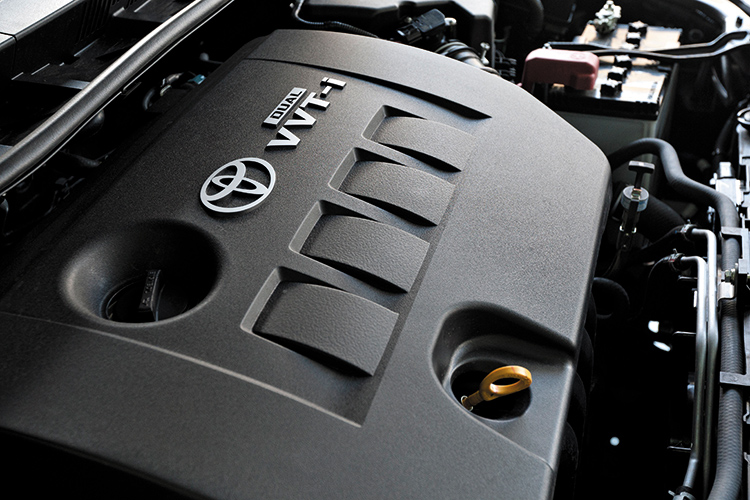 We drove the Altis around the Sepang North Loop at, shall we say, speeds the average Corolla driver would take his car around a “road” of this sort.

No surprises here. The Toyota Corolla Altis is secure and predictable, if somewhat unexciting, merely understeering when pushed too hard and nearly impossible for the driver to unstick the rear end.

We have left the best of the new Toyota Corolla Altis for last. Both the 1.6-litre and 1.8-litre engines are new.

Codenamed ZR-FE, they are not upgraded versions of the previous powerplant but all-new 4-cylinder units. 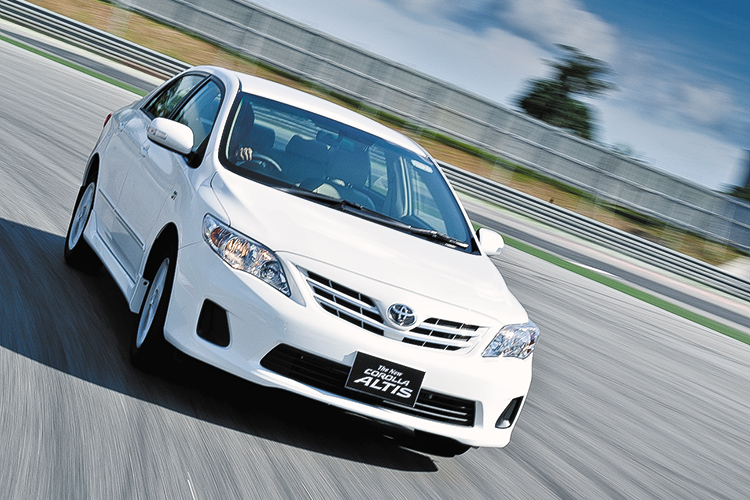 Toyota Corolla Altis’ handling is as safe as ever and the ride is still very comfy.

In typical Corolla fashion, the engine design does without any techno-wizardry such as direct injection, turbocharging or valve lift mechanisms.

In this case, two overhead camshafts open and close a total of 16 valves, but there is Toyota’s proven variable valve timing system (VVT-i) using angular shift of the camshafts, now fitted to both the chain-driven sprockets. Until now, Corolla engines only benefited from variable timing on the intake cams.

Claimed figures suggest improved performance with higher power and torque outputs. The 1.6-litre now puts out a useful 121bhp, up from 107bhp. 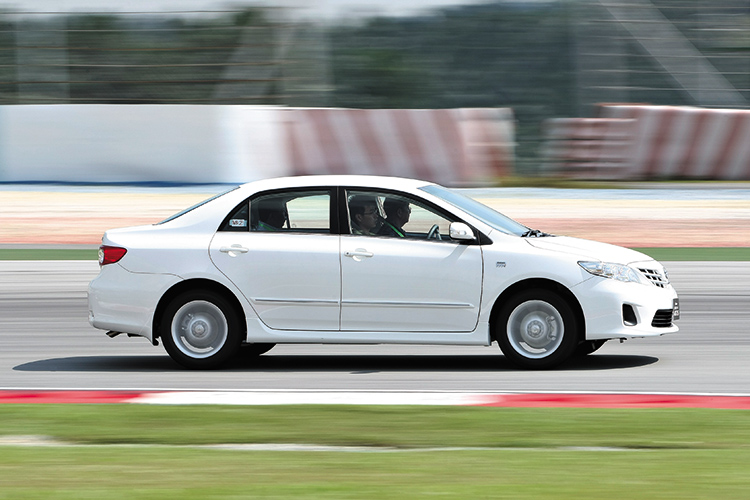 The Toyota Corolla Altis’ suspension is the same, but the steering has been tweaked.

Torque has been boosted by 9Nm to 154Nm and even though its peak occurs at 5200rpm, the dual VVT-i does a fine job of delivering at least 125Nm from 2000rpm upwards.

Compared to the old 1.6-litre, the new car is noticeably more responsive and it accelerates with more vigour.

Performance gains of the new 1.8-litre are not as marked, but this version now comes with a continuously variable transmission (CVT) that Toyota has cleverly engineered to emulate a fast-changing automatic.

Of the two engines though, it is the smaller-capacity one that is smoother throughout the rev range and none the worse despite its dated 4-speed torque-converter automatic transmission. 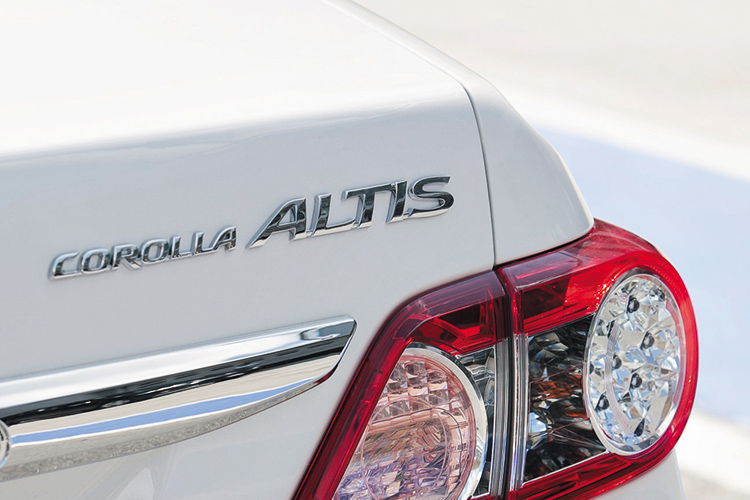 Check out the latest Corolla Altis

The traffic chief’s car is a nondescript Toyota Corolla Altis

It’s difficult to crank the motor to start my Toyota Corolla, what could be the problem?