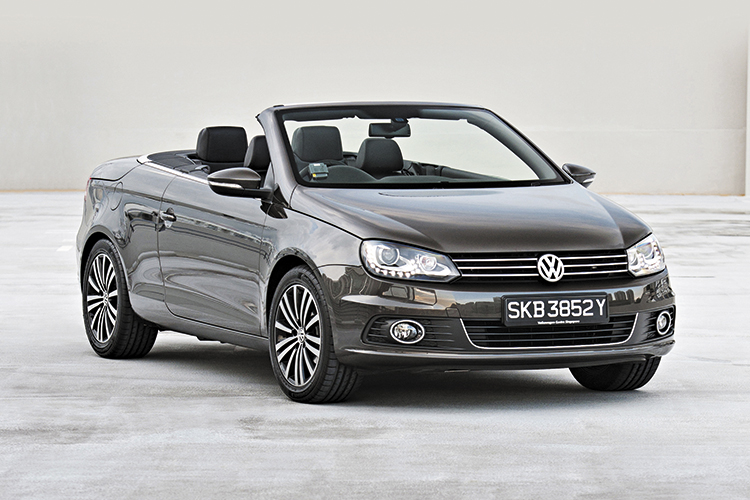 This facelift of the four-year-old Volkswagen Eos has made it prettier, but it was not conventionally pretty in the first place. Volkswagen marketers needed the original hard-top convertible to be a macho counterpoint to the girlie Beetle cabrio, which explains the rather “hard” lines, that thrusting chromed nose (toned down for the facelifted model) and GTI-derived drivetrain.

Hot hatch horsepower continues to drive the new Volkswagen Eos, but with a token 10bhp more than before. A speedy 6-speed DSG is still the default gearbox. The car takes the same amount of time to accelerate from standstill to 100km/h, but its maximum velocity has increased by 4km/h. More useful is the eight per cent improvement in average fuel consumption. 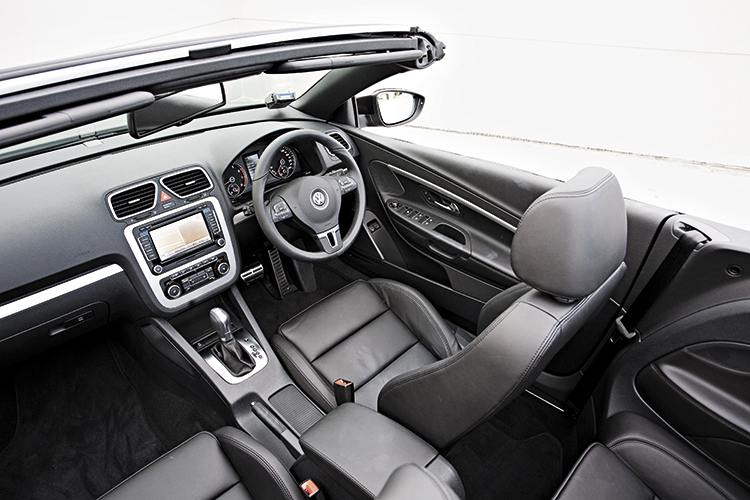 Despite its healthy 210bhp of turbo power, the Volkswagen Eos is no Volkswagen Golf GTI chop-top (which actually exists but only as a concept for now).

Its suspension is comfort oriented, its body is prone to a bit of vibration and there is 170kg of extra weight (from the fancy roof and necessary chassis braces) to lug around. The car has zip and it sounds sporty when zipping around, but its handling is obviously in the “Orchard Boulevard” category. 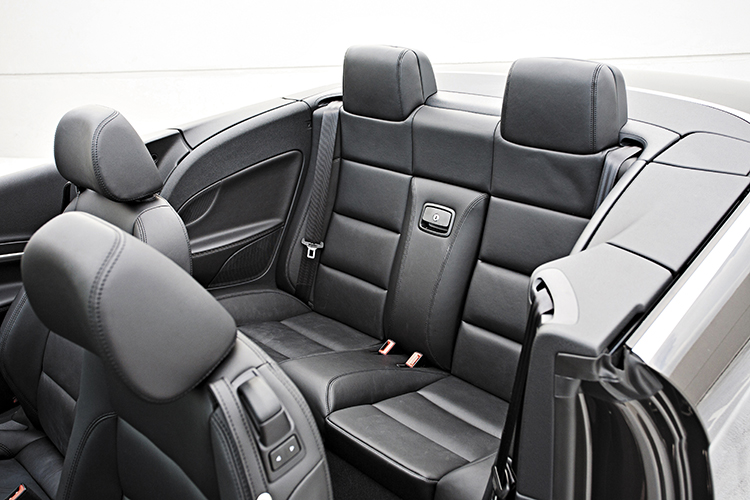 There is no need to preach to the converted – just drop the top and drive off.

Cruising quickly is what the Volkswagen Eos does best, preferably with the top down. The 25-second mechanical ballet of that five-piece folding roof is as delightful as ever, and it can now be activated from outside the vehicle using the Kessy vehicle remote.

However, the transmitter has to be within a few paces of either door for the remote roof operation to work, so you need to be seated nearby if you want to do a demo outside your favourite alfresco cafe. 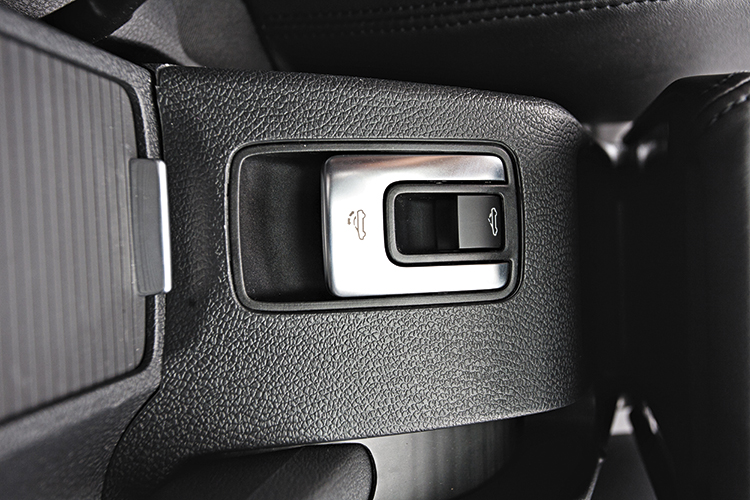 Use this shiny lever to make the slick roof of the Volkswagen Eos do what you want.

As for driving off in style by dropping/deploying the metal canopy on the move, forget it – the Volkswagen Eos still cannot do this, even at parking speed.

Inside the cabin, the dashboard comes with nicer trimmings and improved infotainment. The four seats are upholstered in newly specified Nappa “cool leather”, which has a coating that reflects the heat of the sun and makes topless motoring in our tropical climate a little more bearable (and the front seats’ heater function even more redundant). 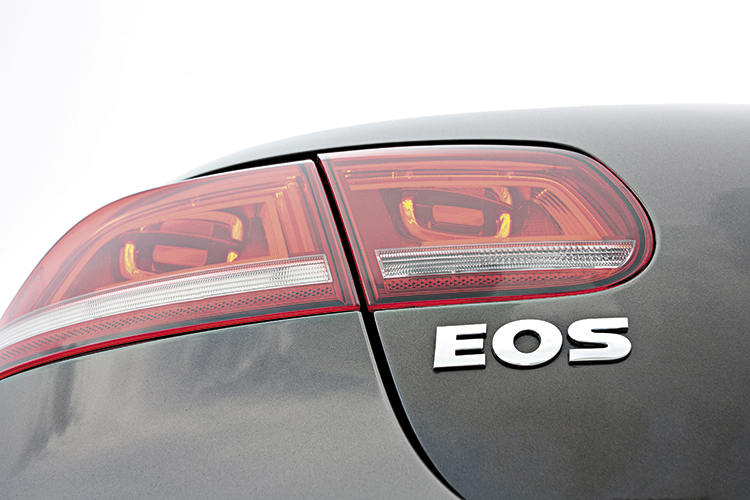 In coupe configuration, thanks to the standard panoramic slide/tilt sunroof (which remains unique in the hard-top convertible segment), the Eos still provides an airy feel.

Of course, there is no beating the open-air feeling. The same chunky rocker switch beside the handbrake “converts” the car – by the way, its “push-to-open, pull-to-close” action could still confuse drivers who expect it to be the other way round, based on the folding direction of the electric roof. 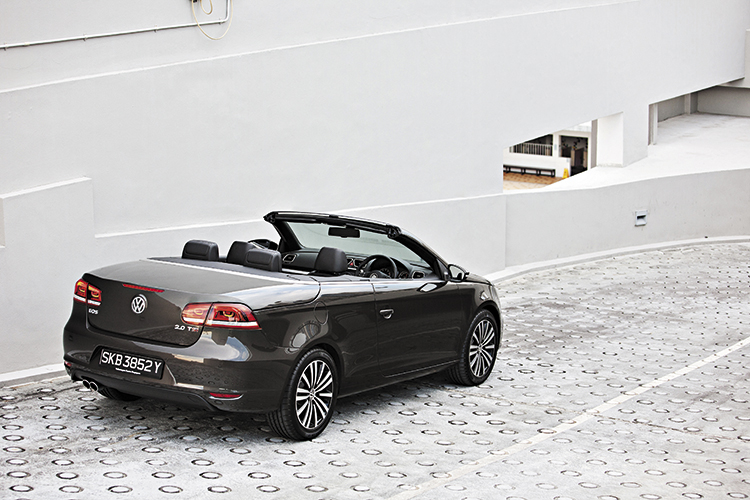 The nearest rival to the renewed Volkswagen Eos would probably be the Audi A3 fabric-roofed cabriolet, less than $25k away in the marketplace. The Volkswagen is a more practical proposition and isn’t shaped like a pram, so its brand of suntan motion is more compelling.

Check out the Volkswagen Beetle Cabriolet