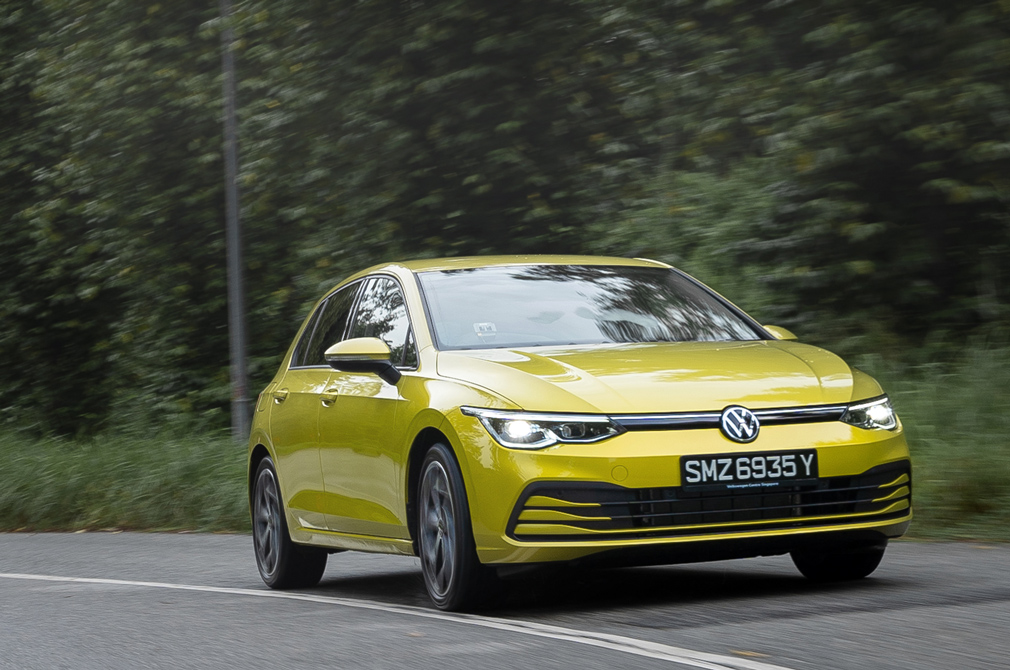 For most of its life, the Volkswagen Golf was the “everyman’s hatchback”.

This is the family car that did it all, from school runs to office commutes to every other errand in between. When dad or mum was alone, it was the runabout that they could have fun chucking around.

Each succeeding generation is more polished than the previous one and boasted more advances in safety and performance.

The Golf also became the hatchback that looked good anywhere it went. It looked right at home in a HDB carpark or outside a five-star hotel lobby. You could be a university student in your 20s or a CEO in your 50s, and the Golf would suit you.

That’s what made the Volkswagen Golf so unique. It was classy, yet class-less.

The eighth-generation Golf, on the other hand, has shed its “everyman” character and is now an upmarket hatchback. 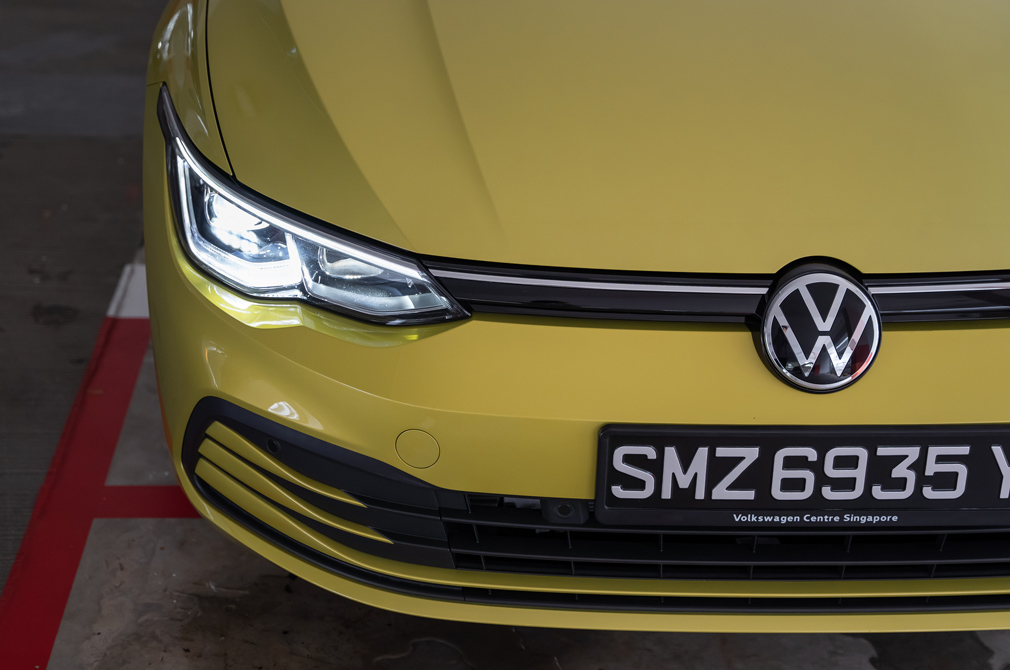 As expected, the styling changes to the Volkswagen Golf 8 are evolutionary instead of revolutionary. From afar, one might even mistake it for the Golf 7 or 7.5.

Walk up to the Golf 8 and you’ll see the upgrades. LED headlights and tail-lights are now standard – even on the entry-level Life variant.

Opt for the mid-tier Life Plus or range-topping R-Line variant, and the lights come with a cornering function and dynamic turn indicators. R-Line models even have an illuminated strip “linking” the headlights.

The Golf aims to dazzle inside as well, with ambient lighting (10 colours in the base model, 30 colours for higher-spec versions) and Digital Cockpit Pro – a 10.25-inch instrument panel that offers several layouts to choose from. 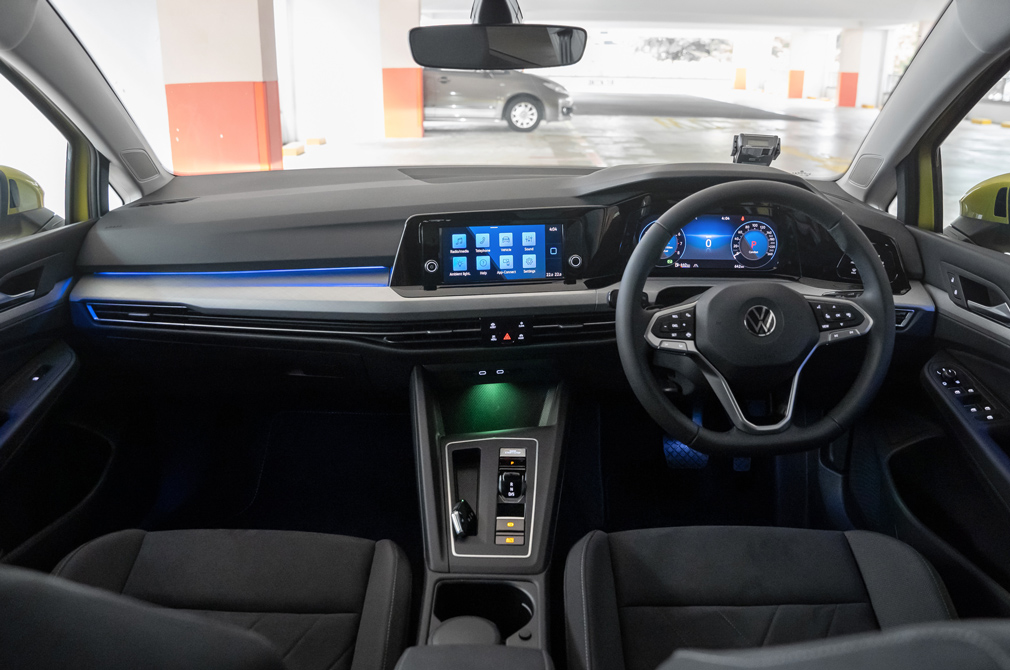 Advanced cockpit is neater than before, with an infotainment system clearly aimed at the smartphone generation.

Infotainment is courtesy of an 8.25-inch Composition system, complete with Apple CarPlay and Android Auto. Unfortunately, in the quest to tidy up the dashboard, the climate controls have also been parked in here.

When it comes to air-conditioning, physical knobs and buttons are still better than digital ones.

As expected, the Volkswagen Golf comes with an extensive list of safety features. These include Side Assist with Rear Traffic Alert, six airbags and Automatic Post-Collision Braking System. Volkswagen’s Electronic Differential Lock (XDS) is also standard.

Previously, the Volkswagen Golf was available as either a Cat A or Cat B model.

This is not the case with the Golf 8, which is a Cat B model. There are currently no plans to bring in a Cat A variant. 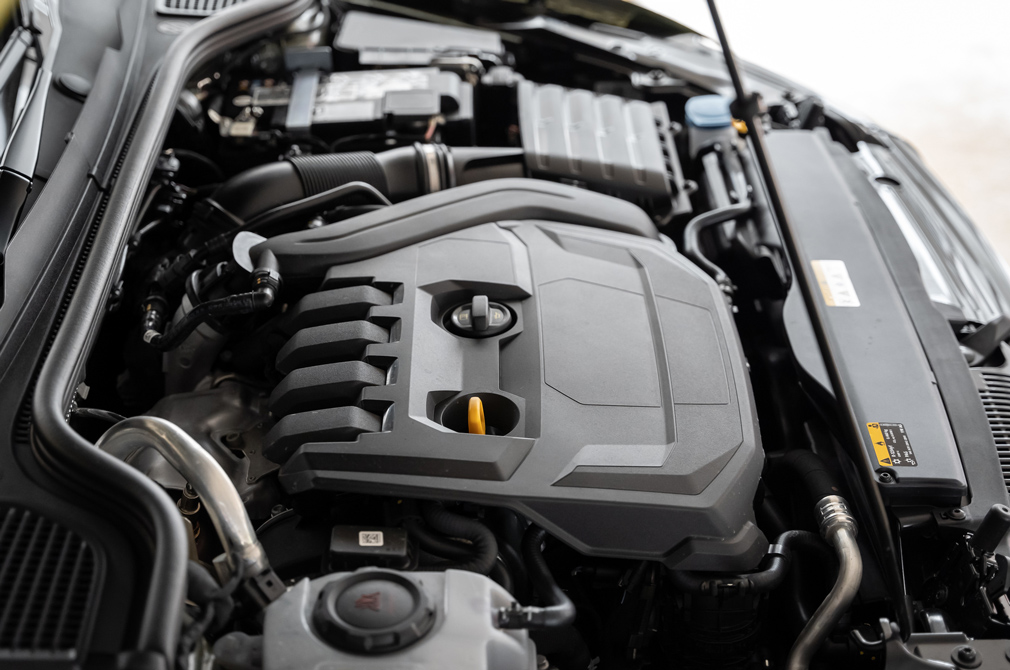 The mild hybrid helps improve the Volkswagen Golf’s fuel economy to 20.8km/L, or 2.6km/L more than before.

Paired to a 7-speed dual-clutch gearbox, the latest Golf feels perkier than its predecessor, and does the century dash in 8.5 seconds instead of 9.1 seconds. Merging onto expressways feels effortless, as the motor’s strong mid-range brings the hatchback up to speed in a jiffy.

Body movements are well-controlled and handling is very predictable, as expected. Ride comfort is “only” as good as before. But to be fair, the Golf 7 and 7.5 already set the bar high, so any improvements in this area are only incremental.

Based on initial impressions, the Volkswagen Golf 8 is a very attractive hatchback.

The Golf 8 boasts greater performance and efficiency, has a more advanced cabin and is equipped with even more standard kit. 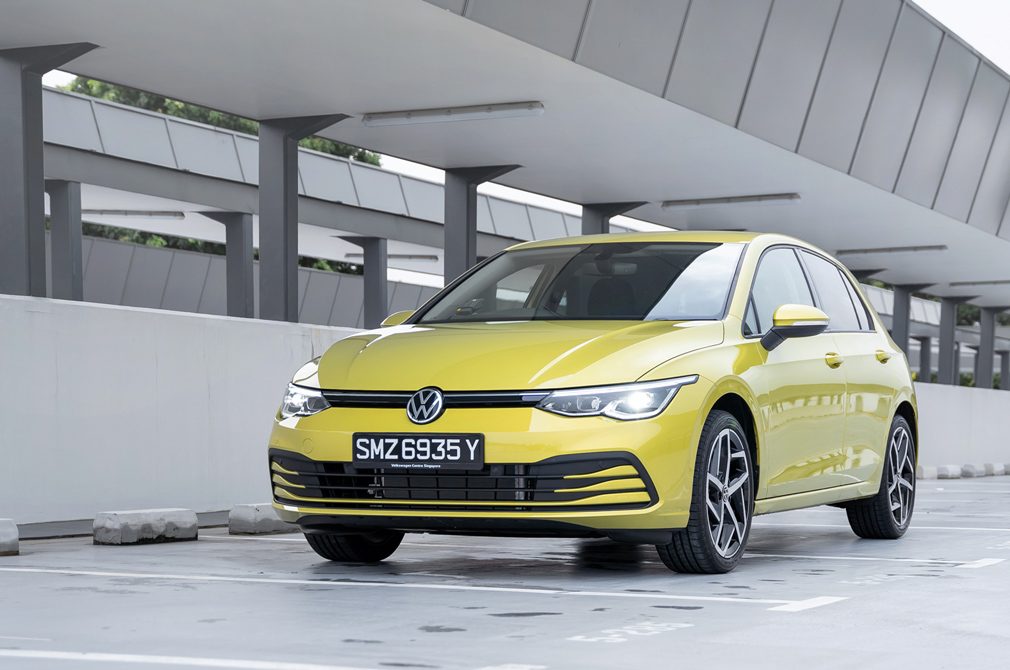 But the Golf is no longer as far ahead of its competitors as it once was. Digitised cockpits, smartphone connectivity, colourful mood lighting and advanced safety features are no longer exclusive to German or European brands.

That is why the Volkswagen Golf has gone upmarket – to distinguish itself from its rivals. As VW’s iconic model, it can justify this move with its legacy and brand equity. Not every model can pull this off.

Will this new Golf still look good anywhere it goes? Definitely. Does it still suit everyone from student to CEO? Certainly. Is it better than the previous model in every way? Yes, except in one area.

By moving upmarket, the Volkswagen Golf no longer feels like the attainable everyman’s hatchback.

But that’s not necessarily a bad thing, especially if you are an everyman (with relatively deep pockets) who is a VW fan. 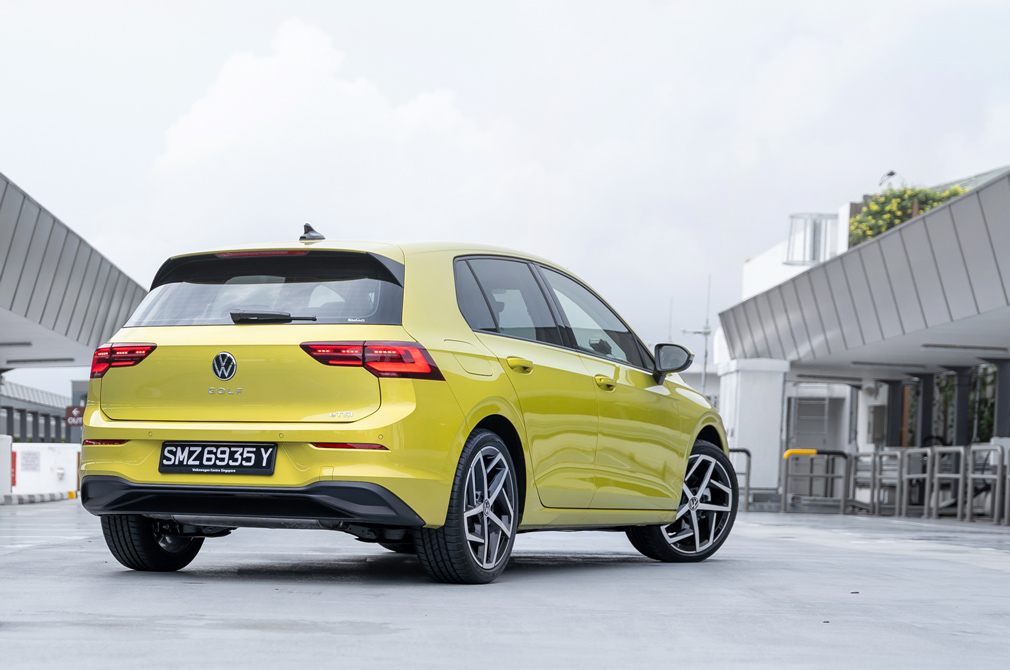