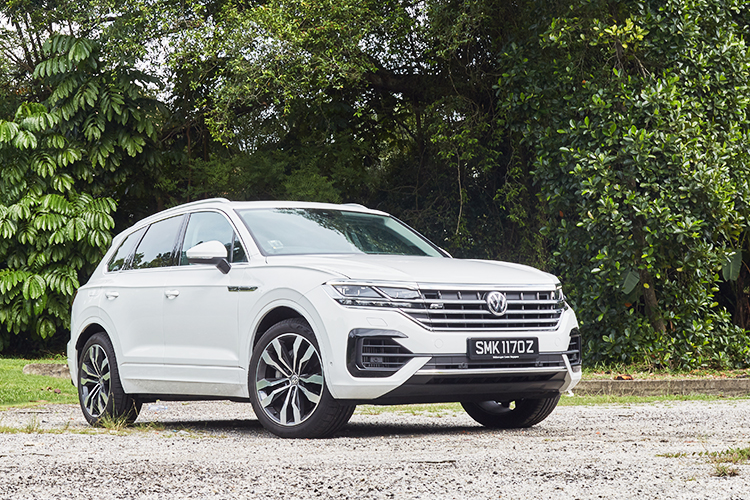 If you have never driven a big SUV before, then walking up to the latest Volkswagen Touareg is going to be a very unnerving experience.

The new Volkswagen Touareg is big, brash and burly. It is larger and looks more imposing than its predecessor.

Surprisingly, however, VW says that the Touareg is up to 106kg lighter than before. This is down to the use of materials such as aluminium and high-strength steel.

Prior to this model, the last time I drove a Volkswagen Touareg was six years ago. Back then, the coolest feature in the cabin was the set of dials for the SUV’s air suspension.

Fast forward to 2019 and the latest Touareg’s cabin is a technological tour de force.

Open the door, climb into the driver’s seat and the first thing that greets you is the massive 15-inch screen, the largest component of the Innovision Cockpit. 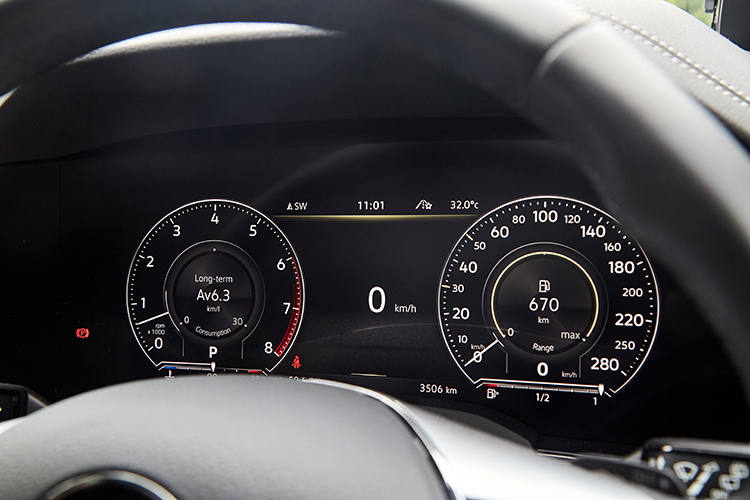 The instrument panel is a slightly smaller 12.3-inch screen, and there’s a heads-up display on the windscreen as well.

The 15-inch screen is as large as some laptops, and big enough to scare the electrons out of a 12.9-inch iPad Pro.

As you delve into the infotainment system, it becomes obvious why the Volkswagen Touareg needed 15 inches of screen real estate.

There are numerous menu options, but one of our favourites is the one for the seat settings. Here, you can tweak the bolster and thigh support and ventilation. It’s also here that you activate the massage functions. 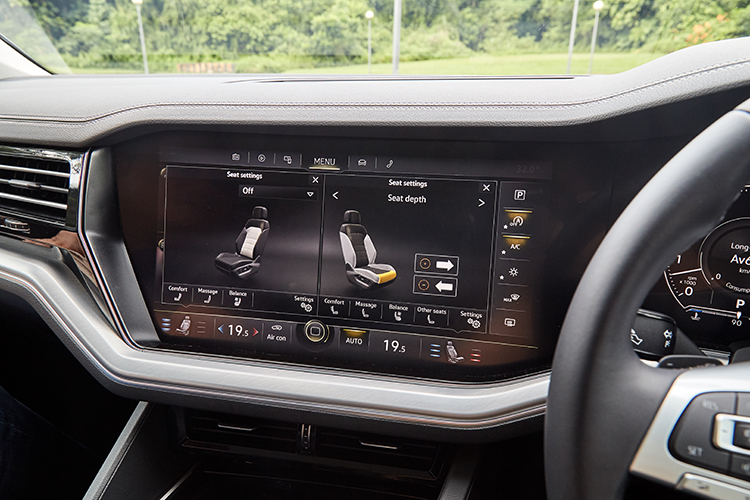 Setting the various parameters for the Individual drive mode is also done here.

And as if you didn’t have enough to explore and manage, the Volkswagen Touareg has a long list of driver assistance settings to check out as well.

From Adaptive Cruise Control to Traffic Jam Assist to Driver Alert, the system lets you have a say in how they all work (or don’t).

Frankly, it took me a good 20 minutes to get the hang of the system. 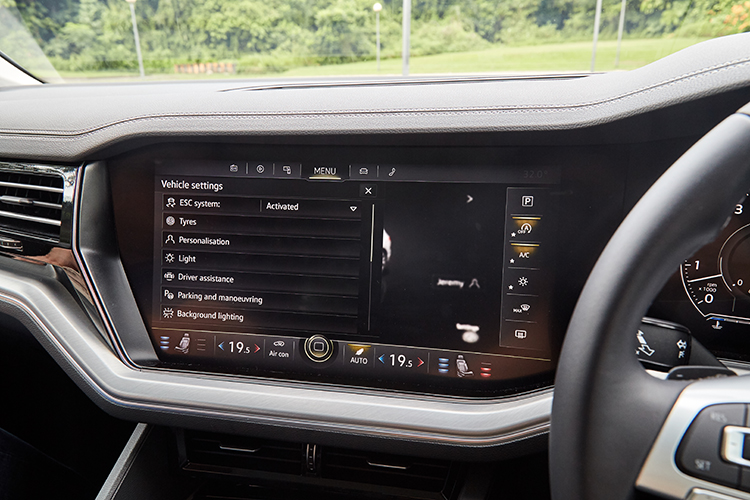 SPACE, AND THEN SOME

These occupants will feel extra pampered, too, thanks to the extra two climate zones in the rear. So, like most luxury cars, the Volkswagen Touareg also has four climate zones.

And for your belongings, there’s an 810 litre boot (rear seats up). If you’re shifting house, fold down the rear seats and this expands to a panel van-like 1800 litres.

Thanks to the air suspension, the Touareg’s “backside” can be lowered up to 40mm to make it easier to load/unload items into/from the cargo hold. 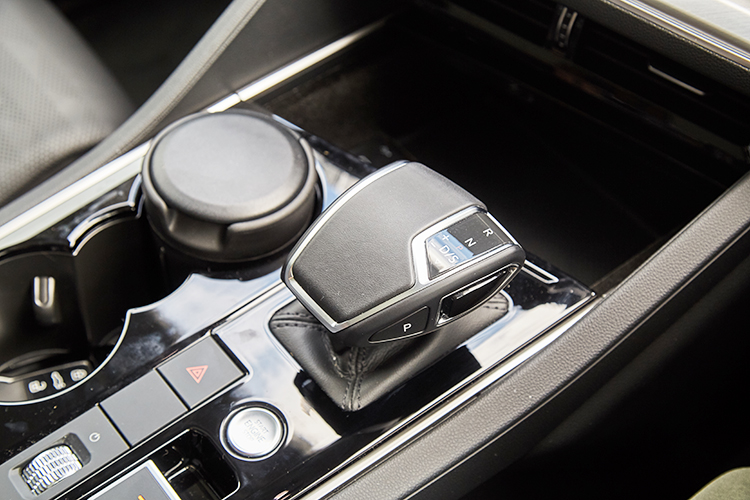 Well, the Touareg is big and it feels pretty substantial. If this is the first time you’re driving an SUV, you’re going to feel a bit intimidated. 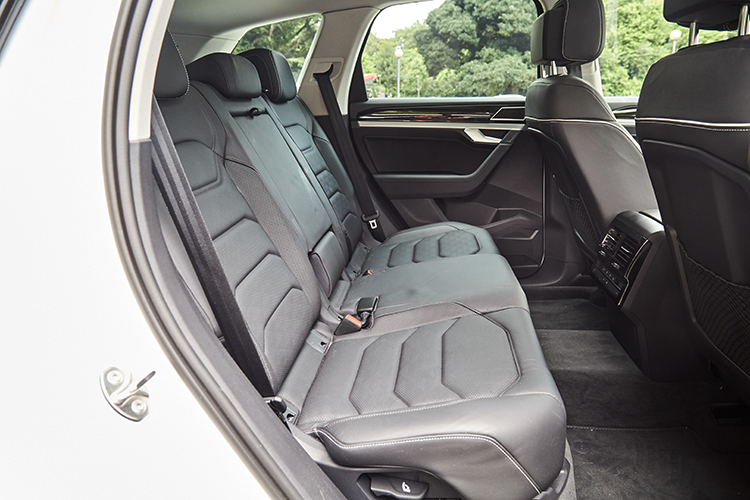 For the uninitiated, this function gives the Touareg a 1m smaller turning circle and more stability at high speeds compared to non R-Line variants.

Indeed, I found myself brimming with confidence in tight carparks, knowing that I had an ace up my sleeve. 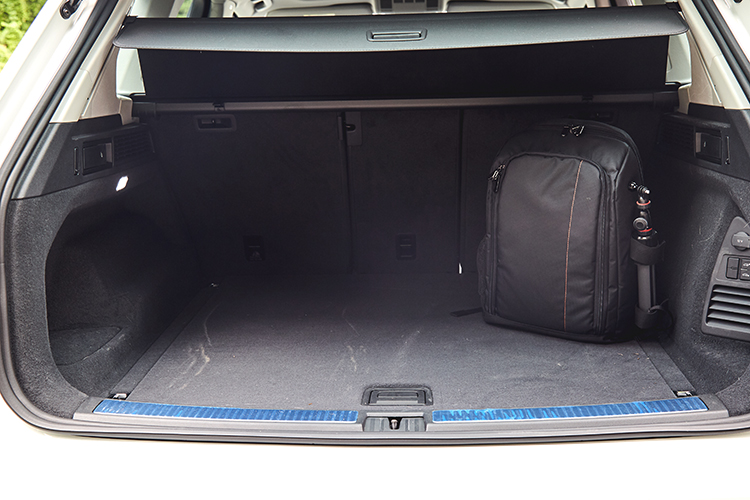 But be warned. For safety reasons, the system tends to leave big gaps between the Touareg and vehicle in front. That means a lot of cars are going to be filtering into your lane!

HOW ABOUT THE RIDE QUALITY?

With air suspension, the Volkswagen Touareg’s ride quality is cushy, even with the standard 21-inch wheels.

You can firm this up by selecting Sport mode. But why would you? The Touareg excels at cosseting occupants, not carving up corners. 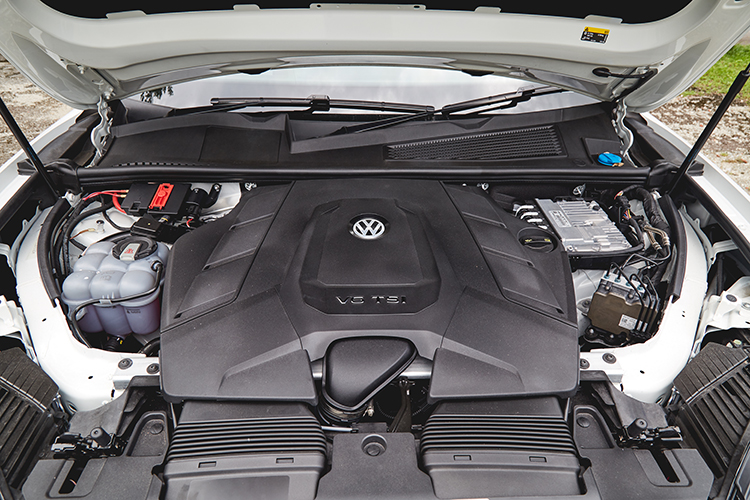 Although you can push the Touareg quite a bit, it really doesn’t make sense to. You’ll just end up upsetting your passengers.

In fact, you should just leave the Touareg’s suspension in Comfort mode.

IS THERE ENOUGH POWER?

Despite weighing over 1.9 tonnes, this big SUV scrambles from rest to 100km/h in 5.9 seconds. That’s actually enough to shame the driver of a Mk 7 Golf GTI, which does the century sprint half a second slower. 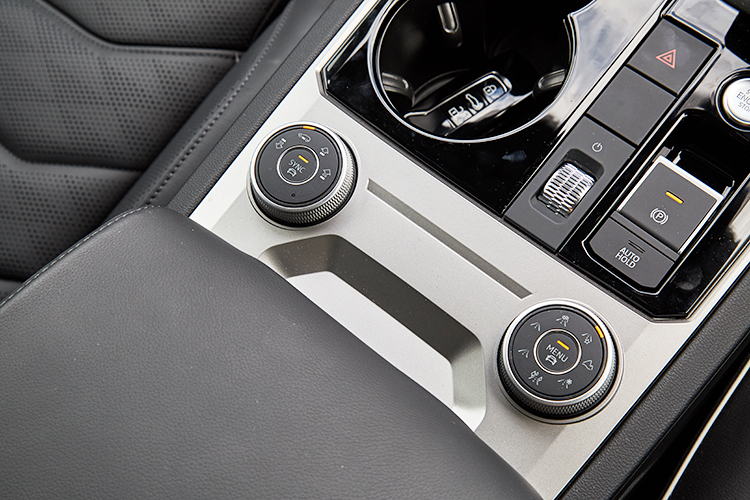 So yes, there’s more than enough power to move this behemoth.

YOU CAN GO OFF-ROADING, TOO

With all-wheel-drive and the air suspension’s ability to raise the vehicle’s ride height, you can do some off-roading in this SUV.

However, most Touaregs will only ever see a muddy/grassy knoll and perhaps some ponding when the weather turns really wet.

WHAT THE TOUAREG NEEDS

Given this SUV’s size and numerous bells and whistles, it’s surprising that the Volkswagen Touareg does not have some sort of 360-degree camera to aid in parking manoeuvres. 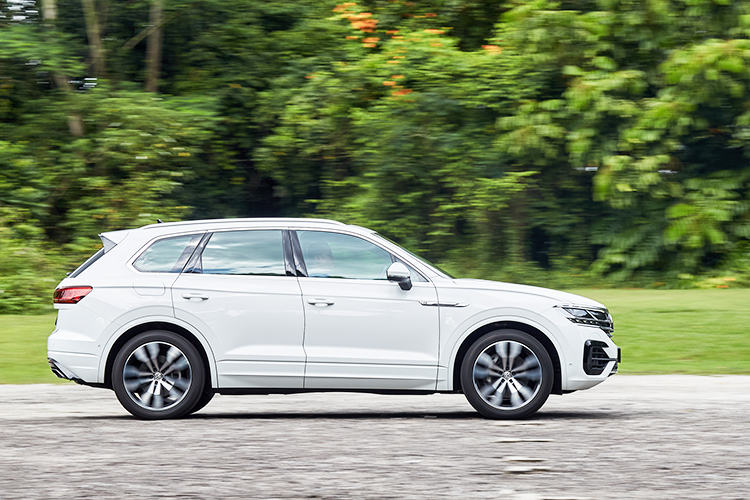 Even smaller and less expensive cars have this. The Mazda CX-5 2.5 we reviewed, for instance, has this feature. And yes, it makes parking a lot less tricky.

The Volkswagen Touareg is impressive given its abilities.

But I’m not getting the human-machine connection I want. For instance, I’d like more feedback from the helm, although this is tough given the tyres’ size.

Perhaps, as an enthusiast, what I want to feel is that these technologies (apart from the safety features) are for my benefit. 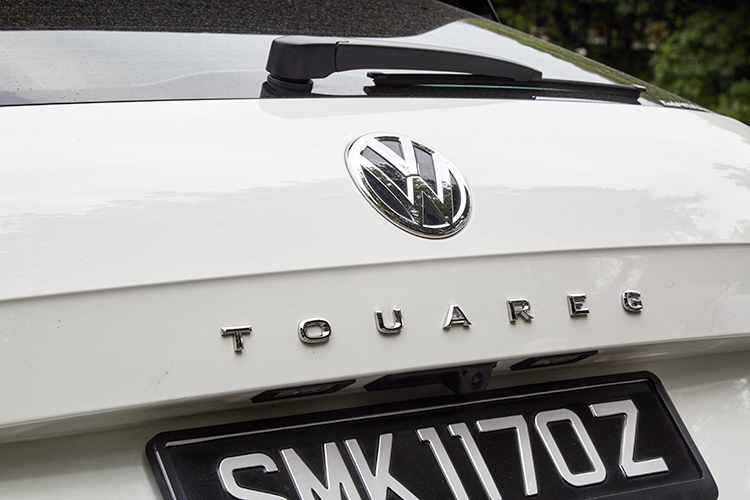 Instead, I get the sense that they’re there primarily to make the Volkswagen Touareg even more compelling than it already is.

SHOULD YOU GET ONE?

Yes, if you’re eyeing a luxury SUV that’s refined and stacked with more features than you can recall. It excels at pampering its occupants.

But if your priority is an exciting drive, consider other models instead.

That said, if you’re a businessman who takes his clients out to lunch, they would be mighty impressed with the Touareg. 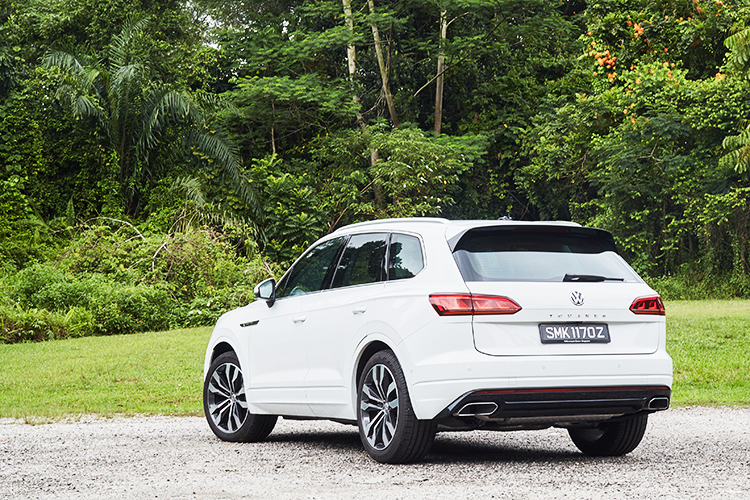 You could also imagine the Volkswagen Touareg as a less expensive alternative to a Porsche Cayenne, which starts at $343,488 sans COE.

By the time you spec’d enough options to put that base Cayenne on a par with the Toureg, you’d have added another $100k to the price tag.