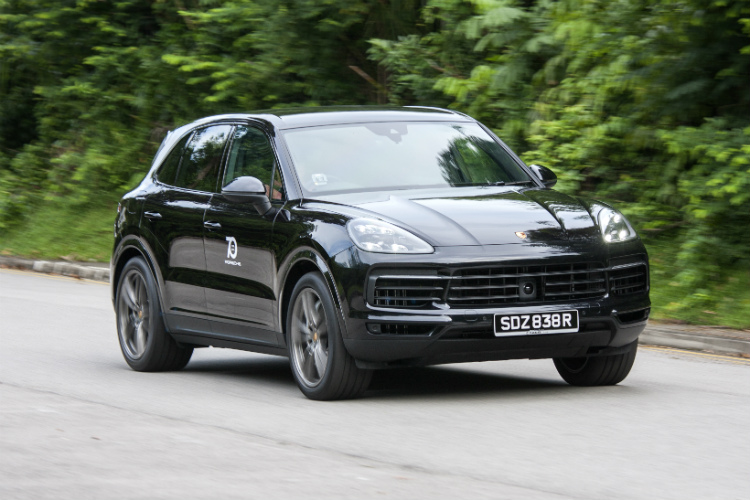 The latest Porsche Cayenne S now has 440hp and performs best in “Sport Plus” mode.

If you’ve ever wondered how a carmaker can claim that their SUV is “like a sports car”, then you should take the Porsche Cayenne S SUV for a spin. The more muscular Cayenne S, the current “middle child” in the lineup, also features the Cayenne E-Hybrid and Cayenne Turbo variants.

On paper, it seems like this SUV’s size and weight will prove to be its undoing. Apart from being longer and wider than before, the Cayenne S also weighs over two tonnes sans driver.

But get behind the wheel and you’ll change your mind.

Motivating the new Cayenne S is a twin-turbocharged 2.9-litre V6, which replaces the biturbo 3.6-litre V6 from the older model. The SUV has gained 20hp for a total of 440hp, but the 550Nm of torque is unchanged.

Its soundtrack is relatively muted, but if you listen closely, it does get throaty as your right foot nudges, prods and eventually nails the accelerator pedal. As expected, the drivetrain is responsive and its acceleration is seamless and linear.

You swiftly arrive at the next junction and wonder, “What just happened?”

While pondering that, you take in the Cayenne’s interior. My initial impression is that the car feels more luxurious than before, and everything seems put together even tighter.

It looks very advanced, too, with a 12.3-inch HD infotainment display. Navigating it is relatively intuitive. I like the centre console’s nifty touch interface with haptic feedback, but overall, it still has too many controls.

Luckily, the drive mode settings can be changed via a knob on the steering wheel. If the Cayenne S is equipped with Adaptive Air Suspension (an $8,693 option), chassis settings such as ride height and damper firmness are tweaked via the infotainment system. 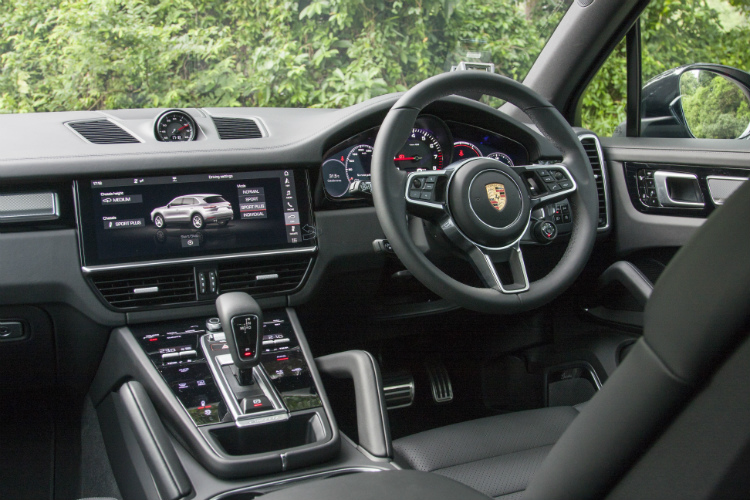 The interior of the Porsche Cayenne S feels even better built and more luxurious than before.

This test car had the optional Sport Chrono package ($4,456). “Normal” mode is superfluous because it dulls the engine and gearbox responses. That’s not why you buy a Cayenne.

Strangely, I found “Sport” mode to be too sensitive. It made the throttle and brakes rather twitchy, and caused the SUV to lurch uncomfortably.

Surprisingly, these kinks were ironed out when I switched to the even sportier “Sport Plus” mode, which seems to be the Cayenne S’ preferred setting.

“Sport Plus” ensures rapid, but smooth progress. The century sprint is dispatched in a hot hatch-shaming 5.2 seconds, or 0.3 of a second quicker than its predecessor. The eight-speed automatic keeps pace by continually delivering creamy gearchanges.

The Cayenne has always had a reputation for being able to devour corners and the same is true here. However, the new model’s larger size is palpable around tighter bends and multi-storey carparks, where its extra length is more obvious. If manoeuvrability is a concern, you should tick the rear-axle steering option, which costs an extra $8,328.

But since the Cayenne S is pretty nimble even without this feature, it might be better to pony up $12,106 for Porsche’s Surface Coated brakes, which are brake discs coated in tungsten carbide.

The Cayenne S doesn’t look anything like a sports car. But it sure performs and sounds like one. It also prefers a skilled and committed driver.

Perhaps it is a sports car trapped in the body of an SUV.

Check out the Porsche Cayenne models