Carbon clearing: What does it mean, and is it safe for my car? | Torque
Loading posts... 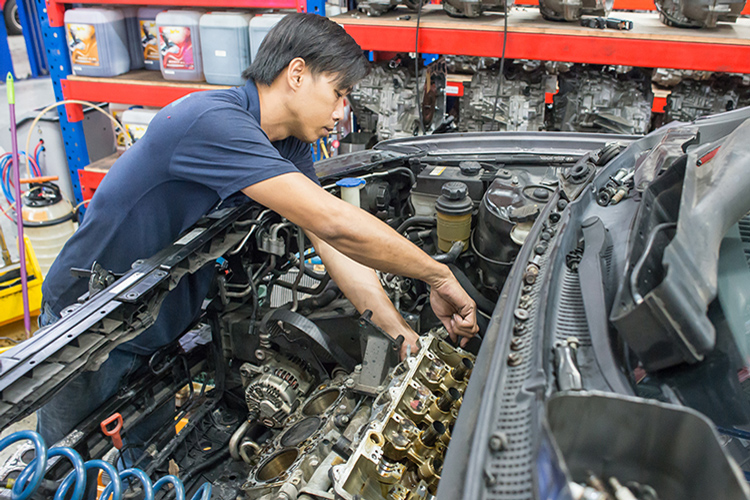 Carbon clearing: The right way to do it is to remove the cylinder heads and valves to clean out any deposits.

Petrolheads are fond of saying that the best way to “clear carbon” is to repeatedly run the engine at high revs.

If you are new to cars, the term “clear carbon” can be puzzling at first. But there’s no need to worry – it’s actually quite simple.

Carbon is a by-product of the combustion process. Imagine a barbecue grill. The soot-like stuff covering the metal and barbecue pit itself is carbon.

It’s the same with engines – carbon deposits form after the fuel has burned. That’s why petrol has additives to help prevent carbon build-up.

DOES MY ENGINE NEED REGULAR CARBON-CLEARING?

These days, both combustion technology and fuel quality have improved so much that carbon build-up in the combustion chamber is no longer a serious problem.

But if your car has direct injection, carbon build-up could become a problem over time.

However, because the fuel is sprayed directly into the combustion chamber, there is a tendency for some carbon to build up around the intake valve stem.

This happens because some amount of combusted gas blows back into the intake port, leaving behind bits of carbon behind.

With conventional port fuel injection, the air flowing into the engine is mixed with fuel. This significantly helps in keeping the intake valve stem clean, as the fuel and additives “wash” over the intake valve as it enters the cylinder.

Without a port fuel injector, carbon will build up around the intake valve stem, affecting intake air flow and reducing performance. In this case, repeatedly redlining the engine does not work as a carbon-clearing method.

Today, the latest direct-injection engines incorporate a secondary fuel injector in the port so that the valve stem is constantly cleaned.

Some fuel additives claim to clean up carbon deposits.

But there really is only one way to remedy the situation, and that is to remove the cylinder head and valves to clean out any and all deposits.

If this is how your mechanic or workshop is planning to “clear carbon”, then it is worth considering because it is thorough. If any other method is proposed, you should probably look elsewhere.