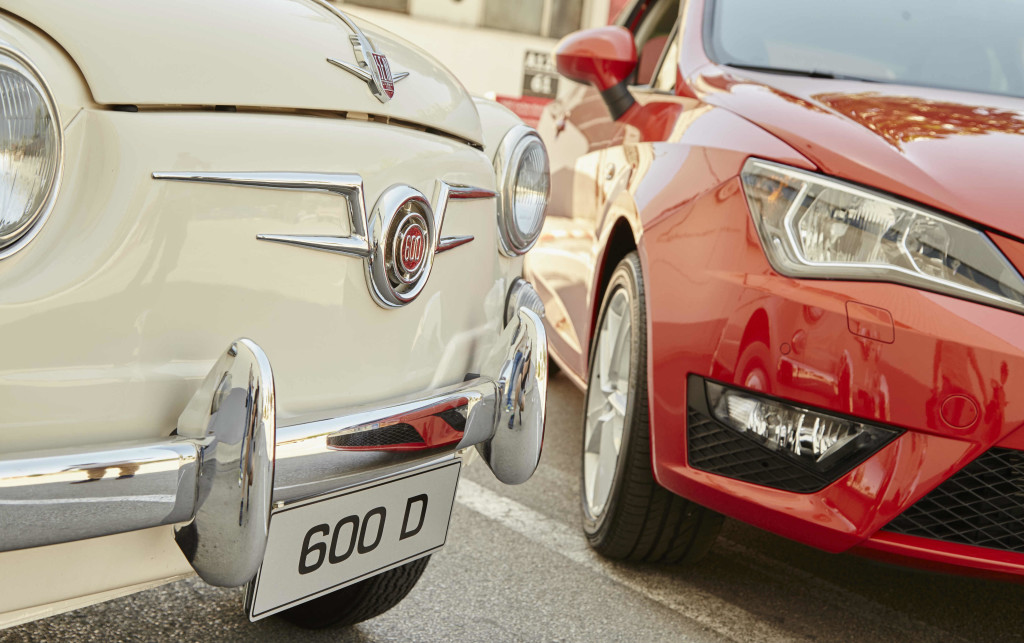 A lot can happen in 60 years, and when it comes to safety, that’s a long time for cars to evolve. In terms of safety and several other automotive topics, cars today bear little resemblance to those of yesteryear. To illustrate this, we compare a 1963 Seat 600 D to a 2016 Seat Ibiza FR and report the results.

“The Seat 600 wasn’t equipped with headrests,” recalls Javier Luzon, head of Passive Safety at Seat. This feature makes a significant contribution to preventing whiplash when the car is involved in a low-speed collision from the rear. In addition, whereas some Seat Ibizas have up to six airbags, the Seat 600 had none, because that technology did not become widespread until the 1990s.

The seatbelt was developed in the 1960s, but in the beginning, “it was an inextensible strap that users had to adjust to their body,” explains Luzon. The difference today is that this important element of passive safety adapts itself to the user’s body and not the other way round. This provides more safety in the event of an accident, as the current seatbelt system fits snugly on the body and retains the occupant instantly.

The brake systems on both Seats are also completely different. The 600 was equipped with drum brakes, “with much lower braking power than what can be achieved today,” says Luzon. By contrast, current superminis have large-diameter disc brakes, much wider tyres that give more contact surface with the road for safer traction, and ABS that prevents cars from skidding out of control when braking.

A car’s chassis is another fundamental component when it comes to safety, and its evolution over the past several decades can be clearly seen. One major difference is the greater width of the structures, such as the doors, which nowadays have added safety features that give better protection in a collision.

All in all, today’s superminis – Spanish or otherwise – offer the highest level of passenger safety, unheard of at the time of the legendary 600.

Road safety starts with me.